Luis “The Twist” Nunez looked impressive with registering a 10th round technical knockout against a game Carlos Arrieta in the super featherweight main event on Friday at the Caribe Royale Resort. (photos by Ryan Loco )

In the co-feature, Otar Eranosyan remained unbeaten with his second consecutive ShoBox victory as he dominated Starling Castillo with a unanimous-decision victory in an eight-round lightweight affair. The scores were 79-71 and 80-70 twice. 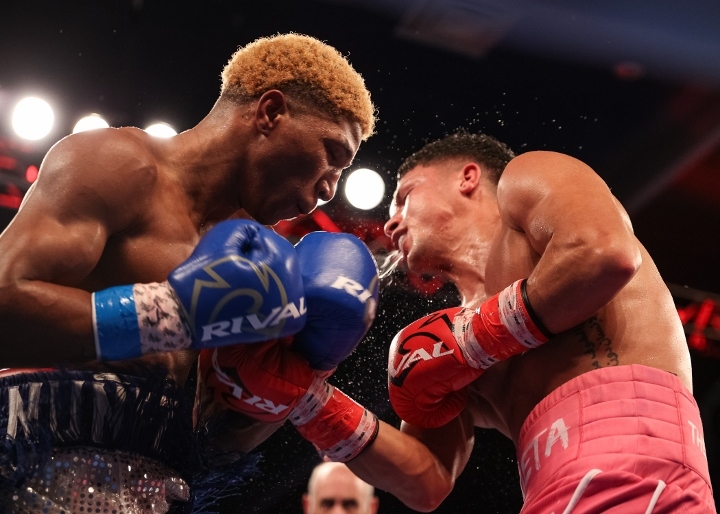 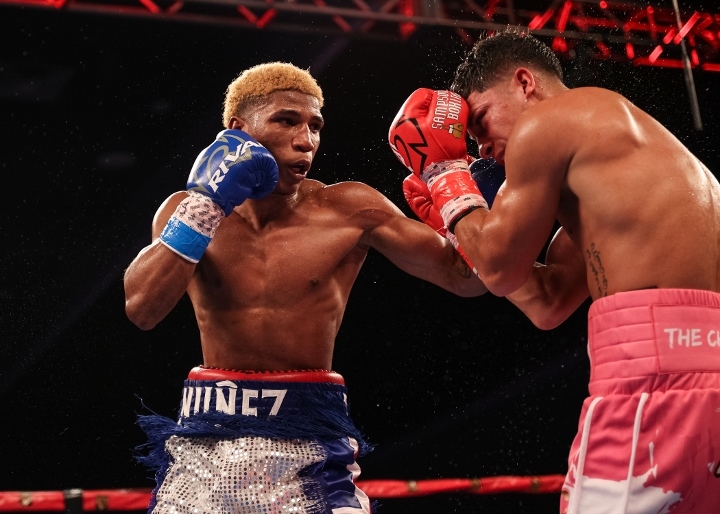 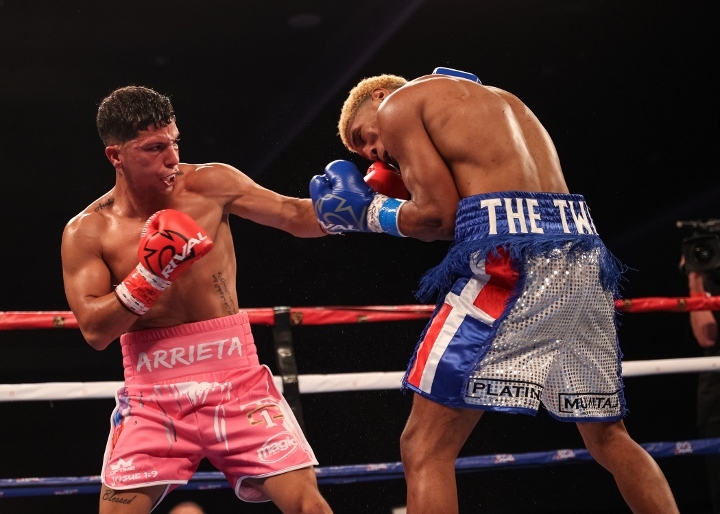 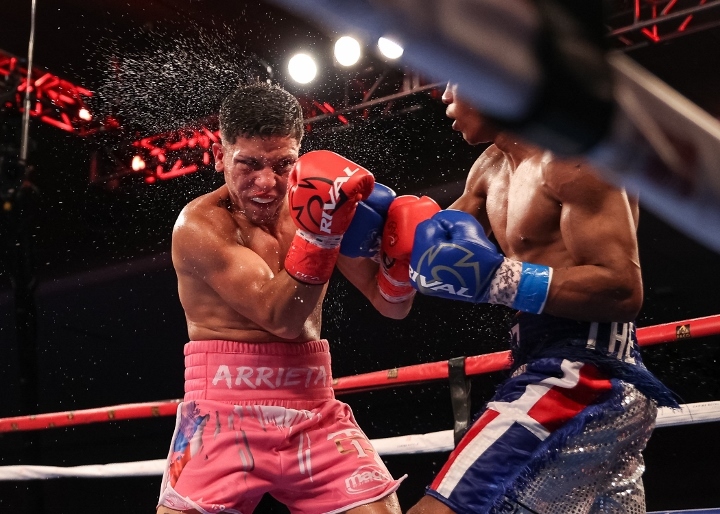 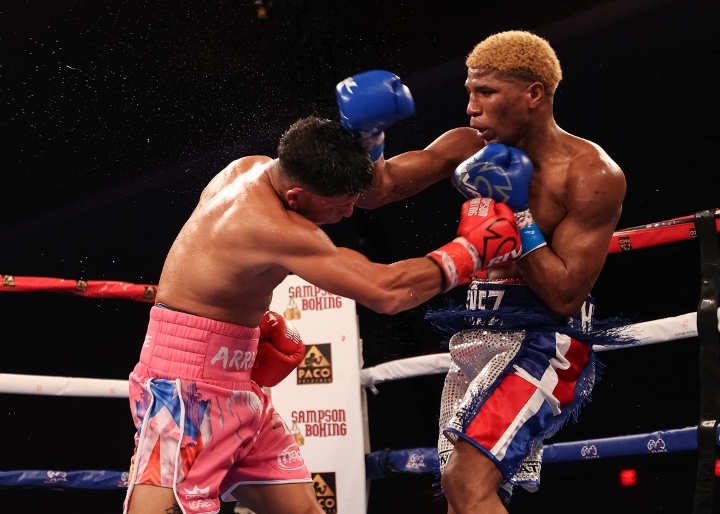 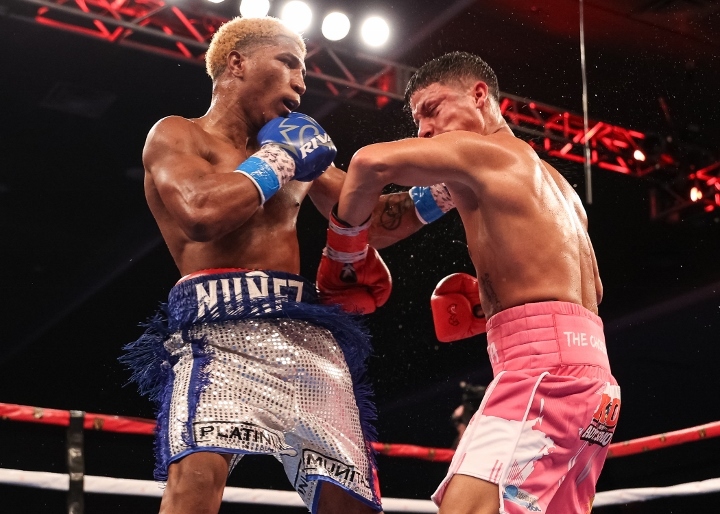 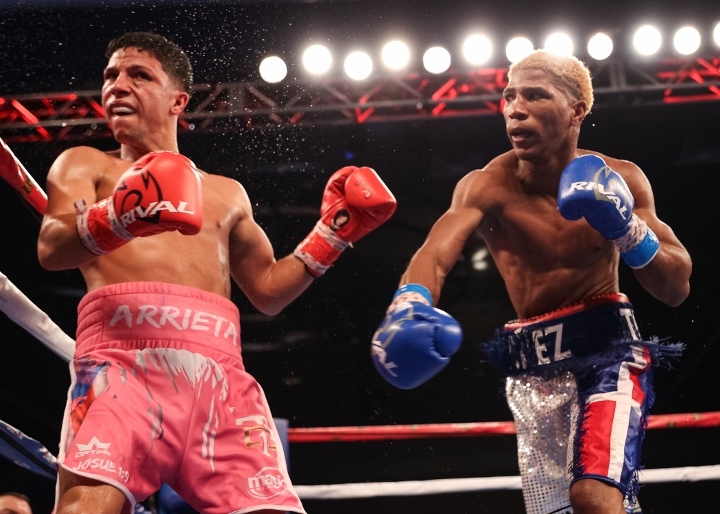 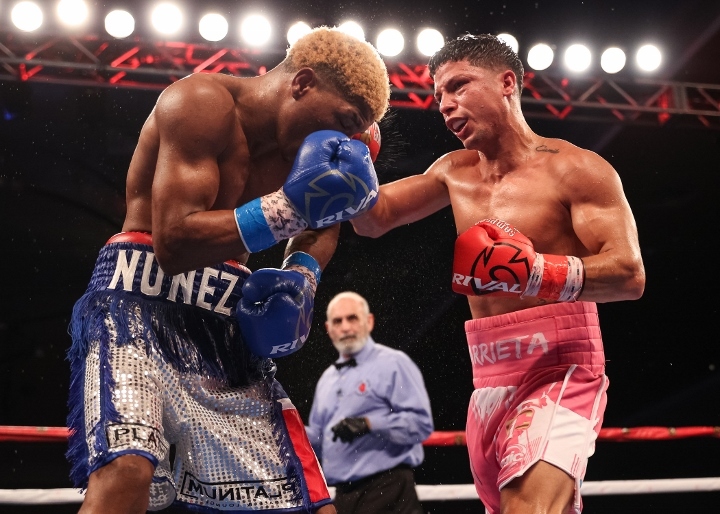 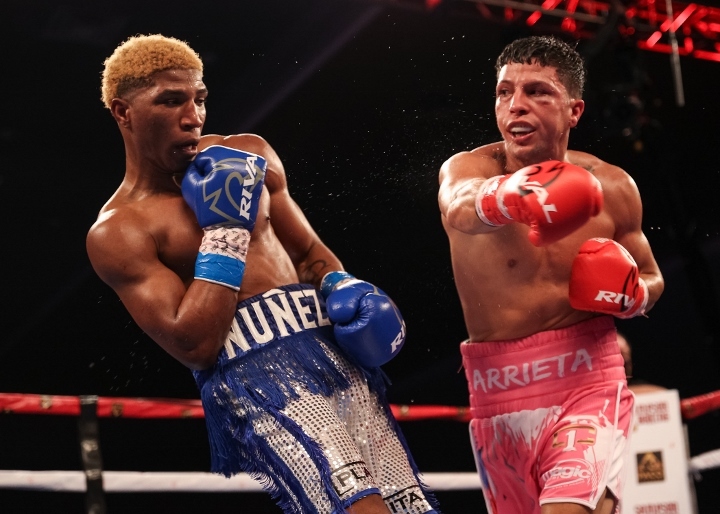 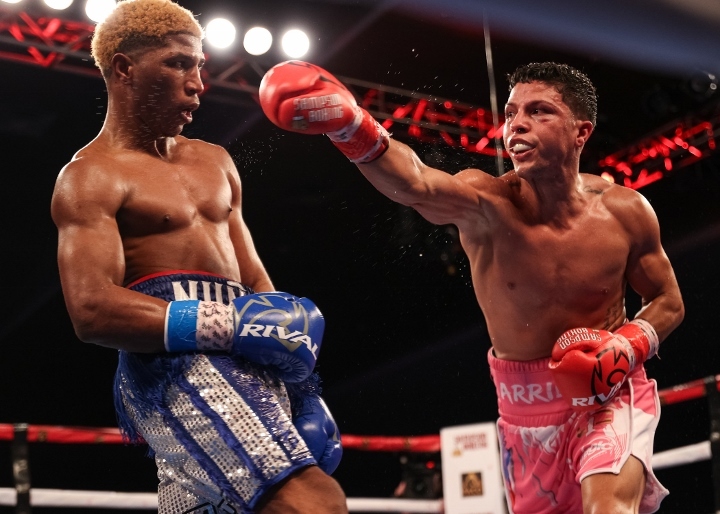 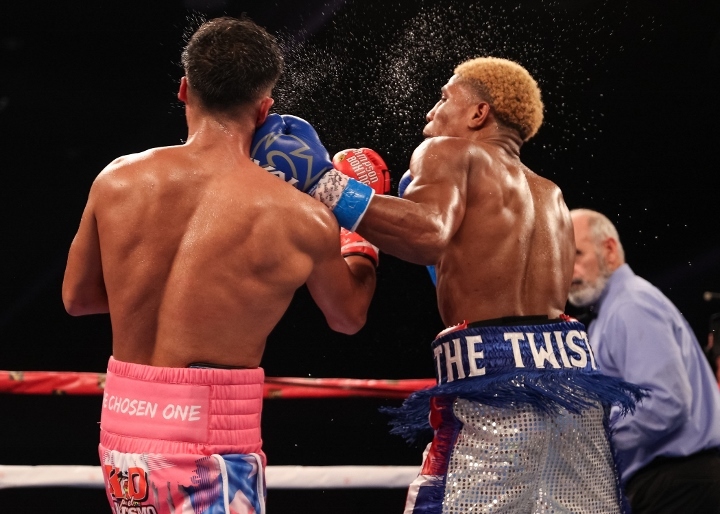 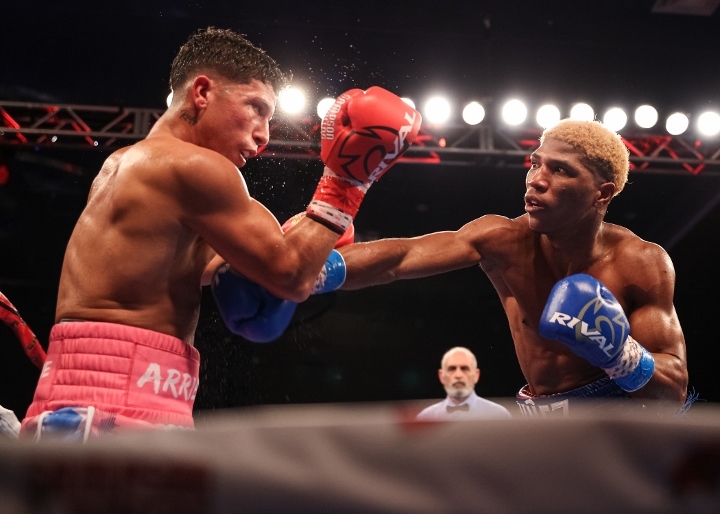 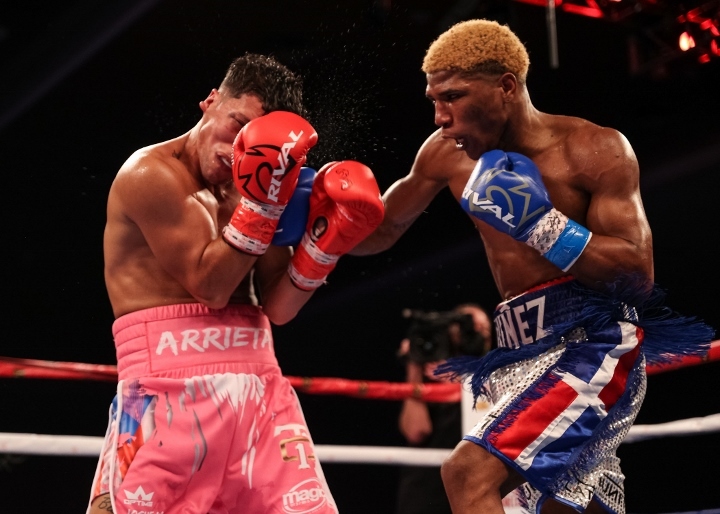 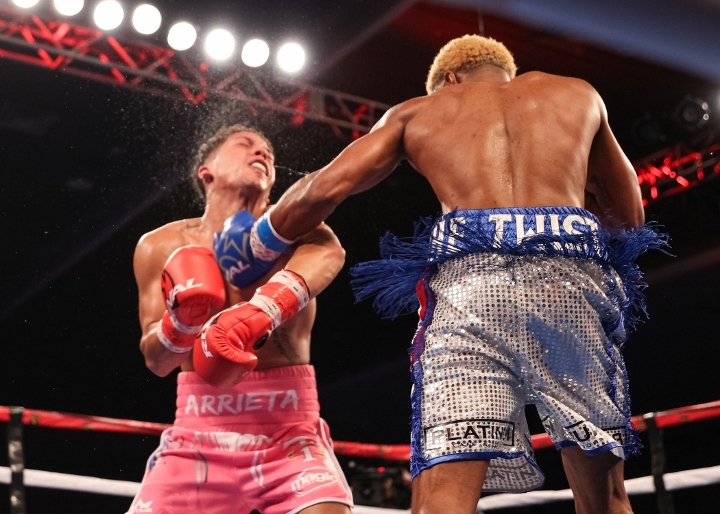 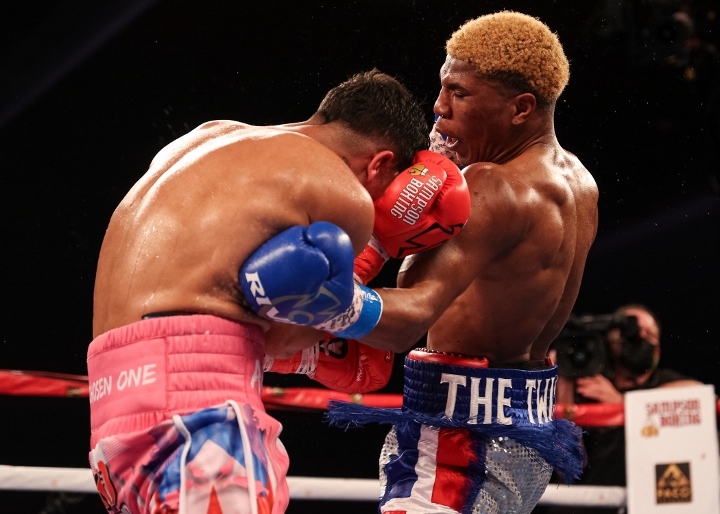 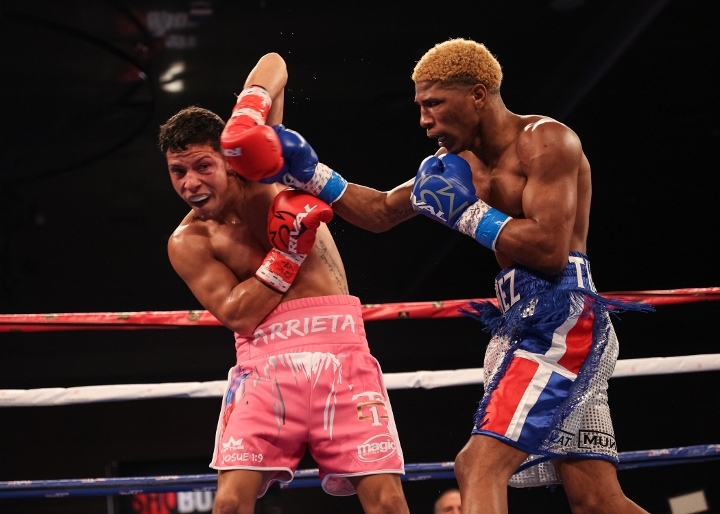 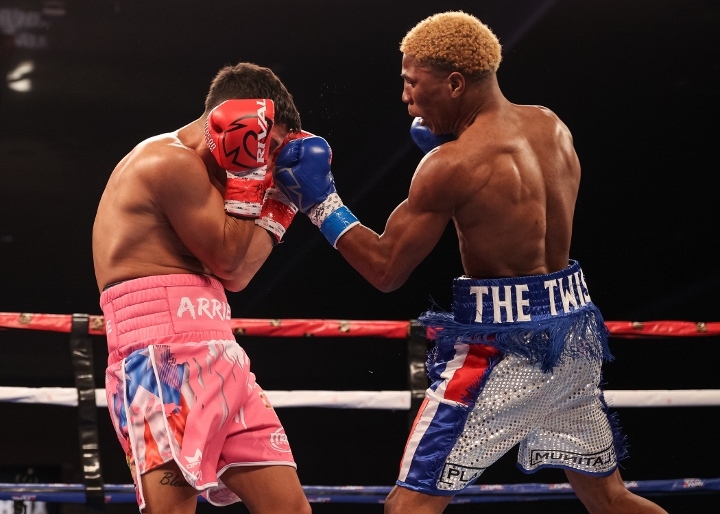 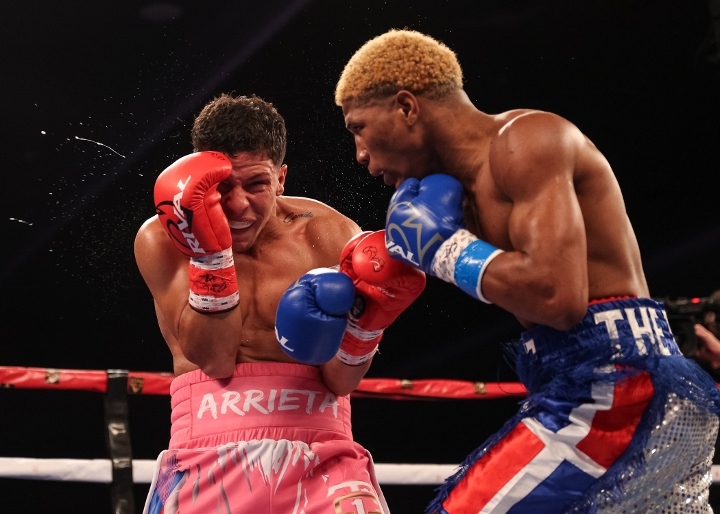 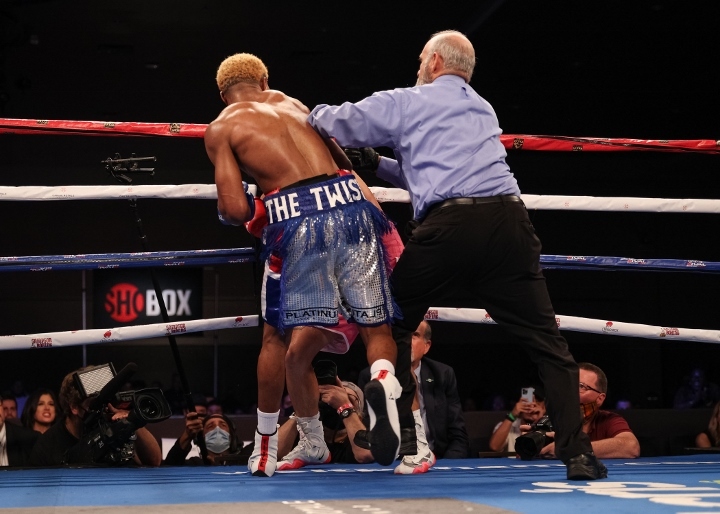 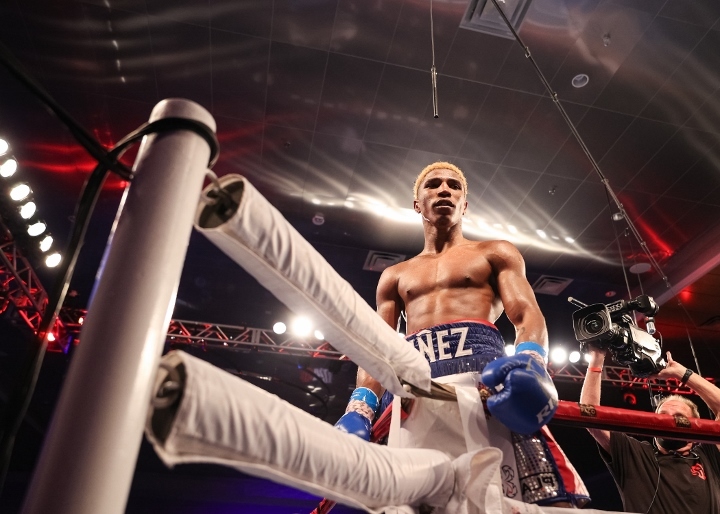