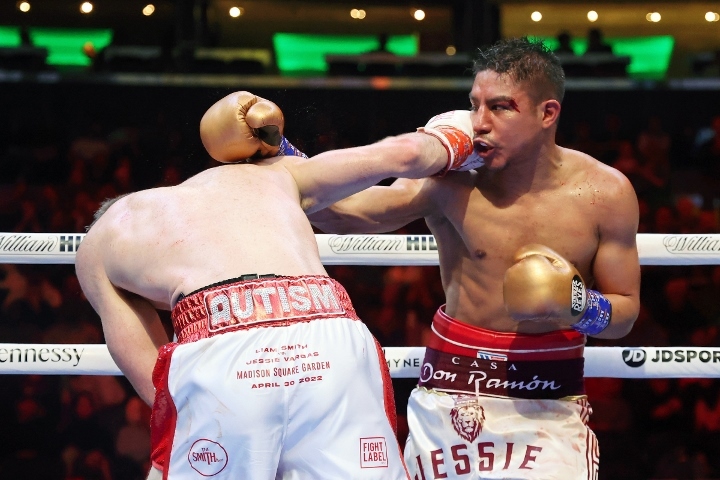 Vargas did well in the first round, with several shots connecting Smith, who took the punches well. Vargas continued to connect well in the second to the head and body. Smith had no problem absorbing the shots, before starting to rally in the final 20 seconds. In the third was outlanding Smith, but the punches weren't really making a dent. A cut opened up above the right eye of Smith from a head clash, which made the British boxer start throwing a lot more punches. 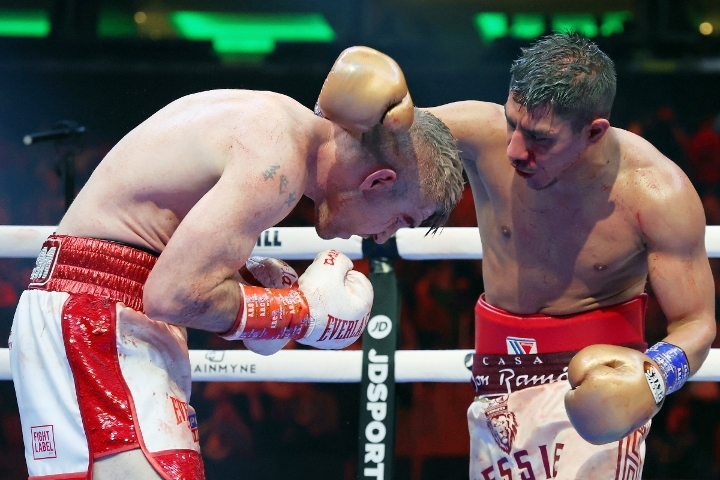 They went to war with punches in the fourth, with both taking hard shots and cut opening above the left eye of Vargas.  The tide seemed to change in the fifth, as Smith was coming forward and imposing his size advantage on Vargas. In the sixth, Smith continued to press and unload with the harder punches on Vargas, who was competitive but not throwing as many shots. 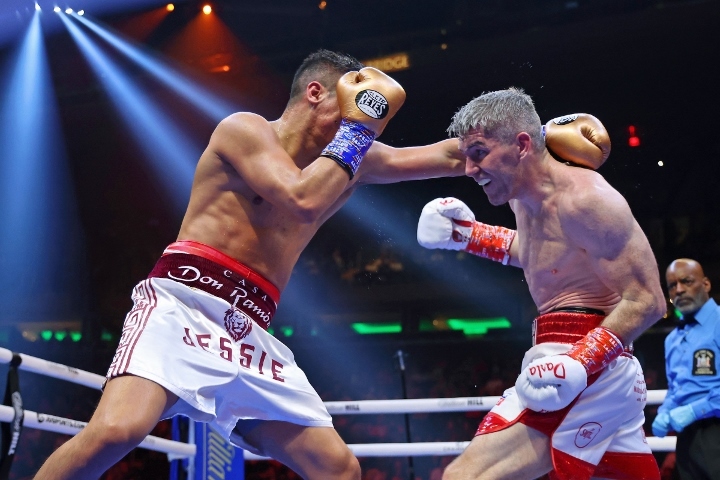 Smith came out firing at the start of the seventh and was outworking Vargas with bigger shots.  A very active eight saw both connecting with punches. Smith was pushing Vargas back and doing more damage. In the ninth, Smith rocked Vargas with a series of hard shots. Smith stayed on him with more punches landing to the head and body. Vargas was fighting back and managed to survive. 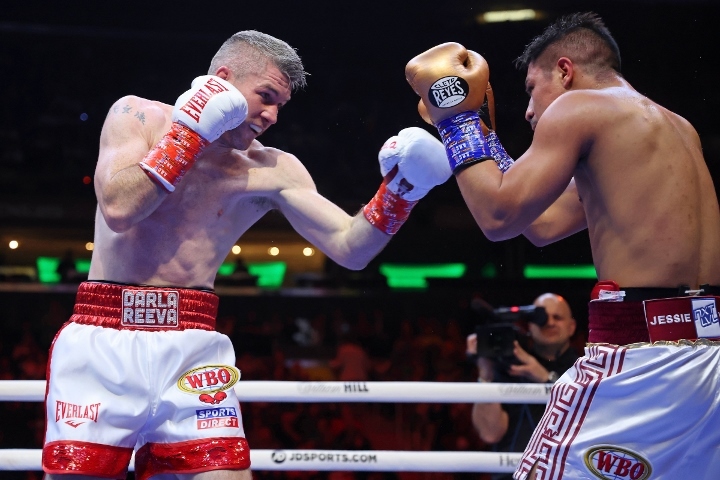 During the tenth, Smith was pressing forward and looking to finish Vargas off. Vargas was being punished as the referee jumped in to wave off the fight. 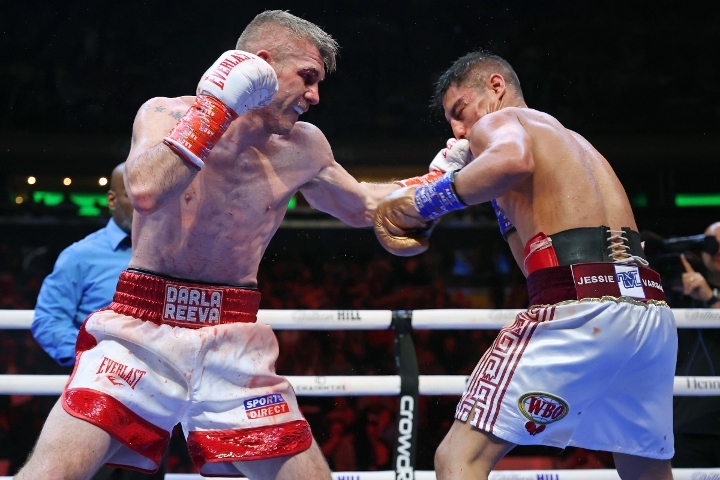 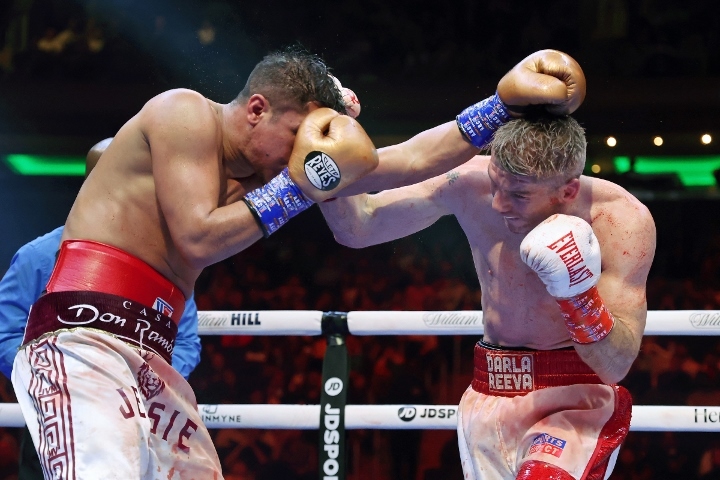 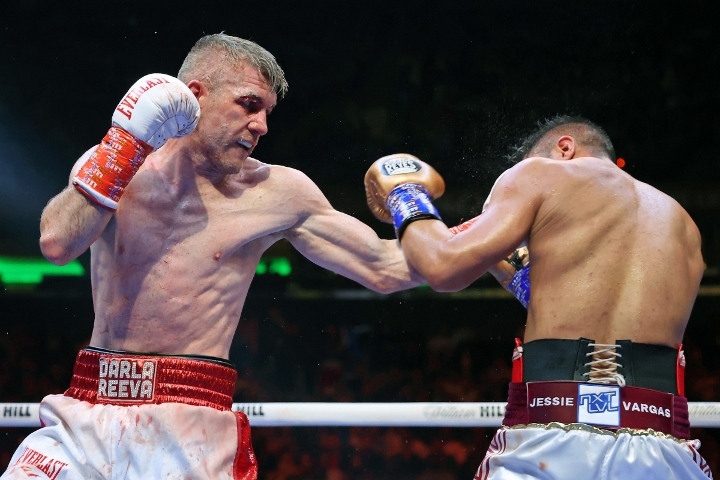 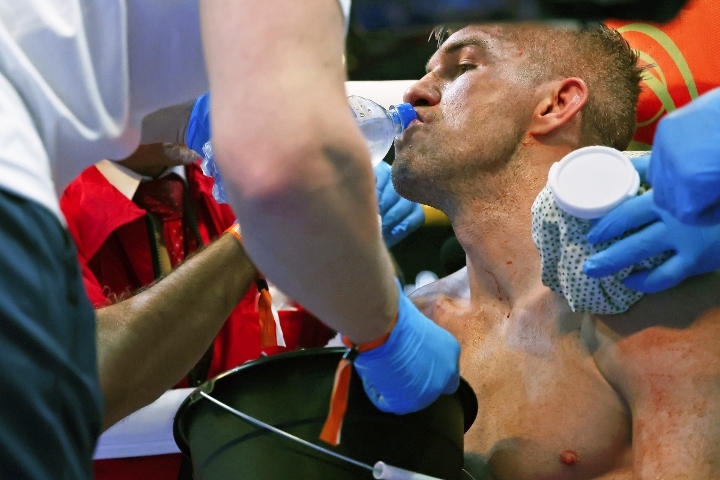 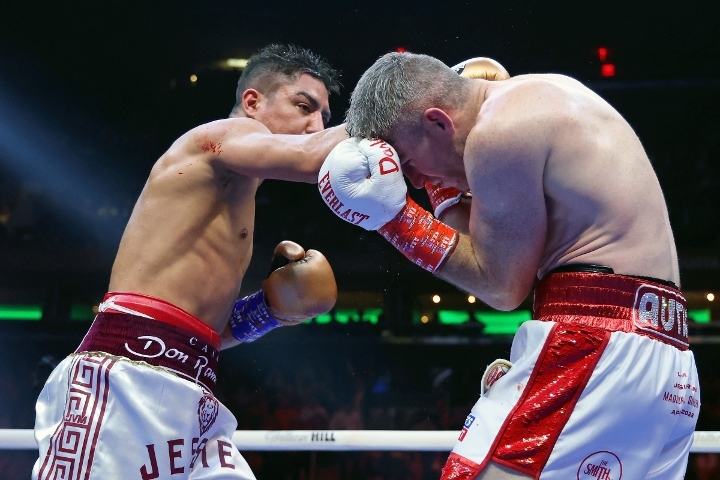 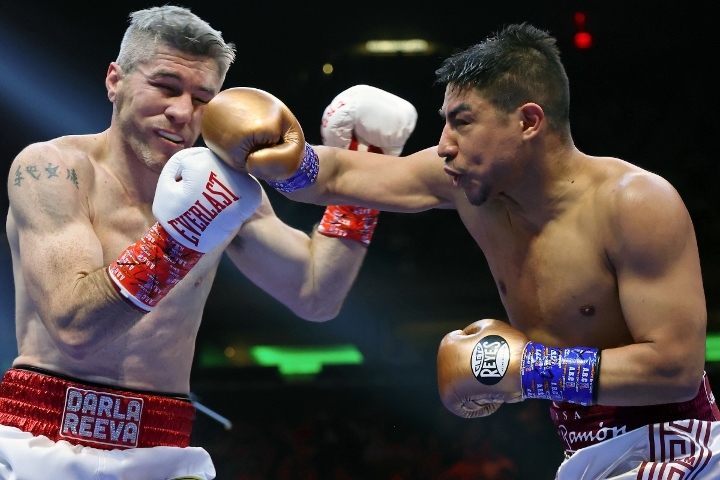 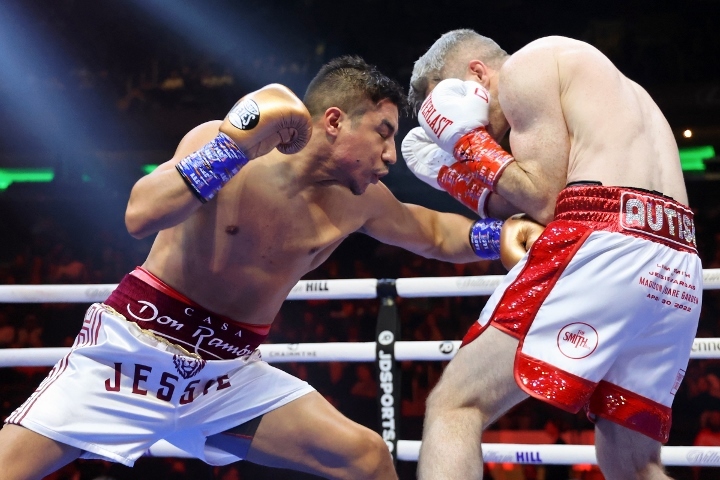 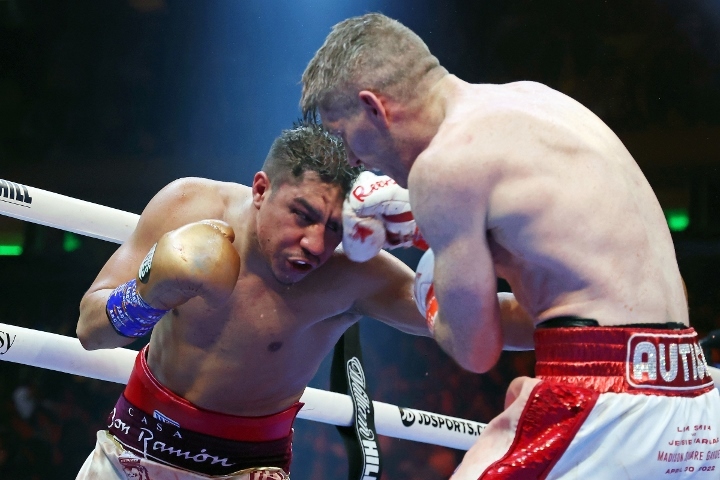 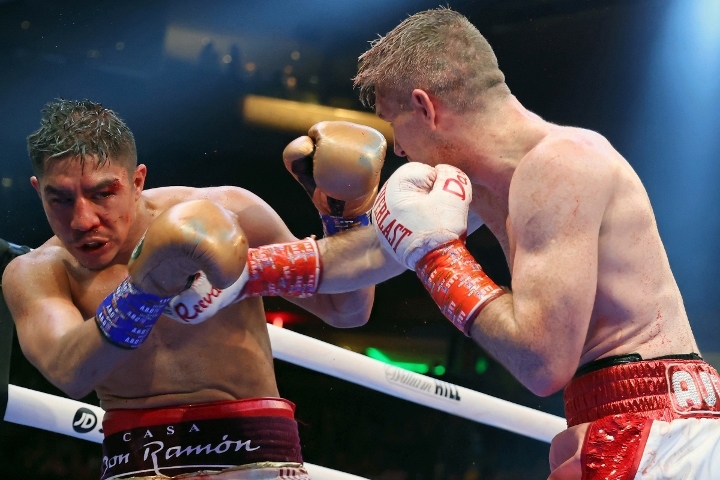 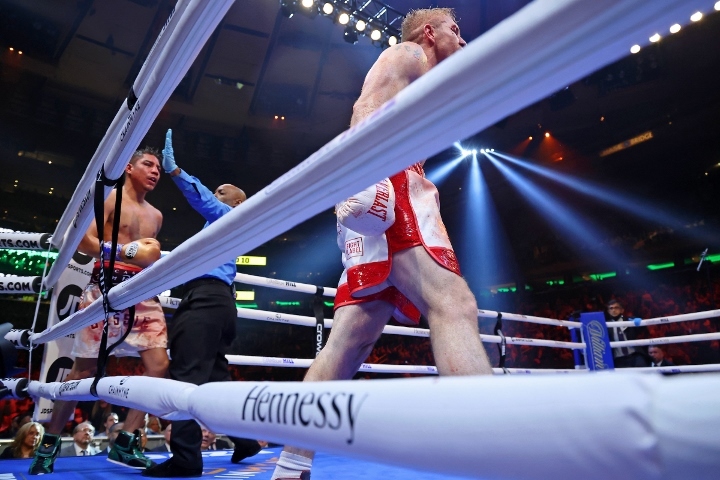 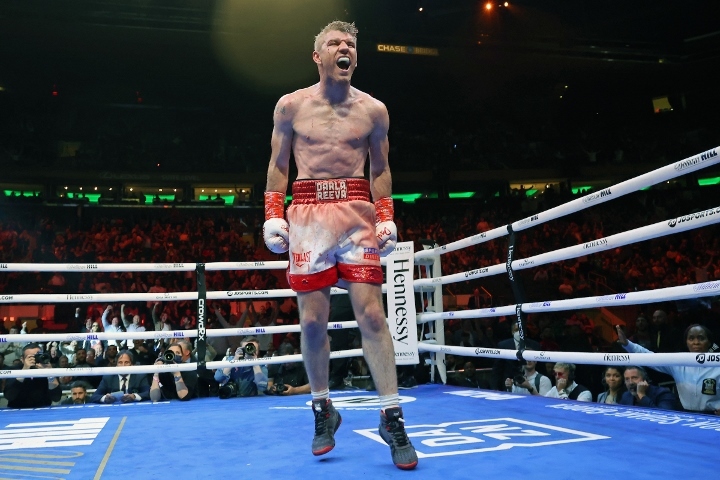 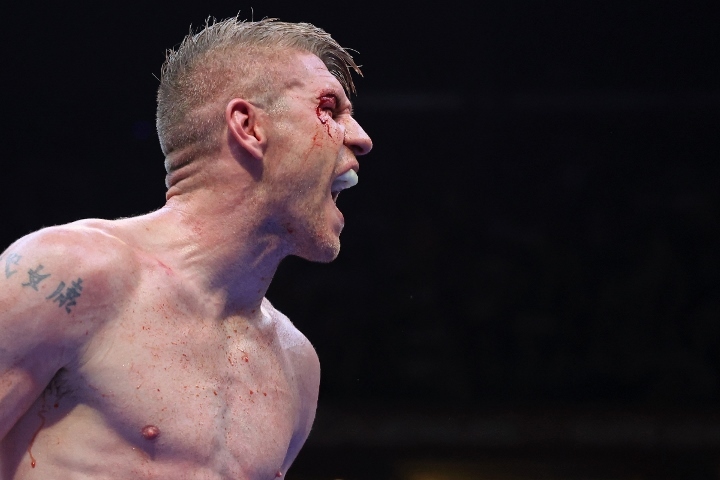 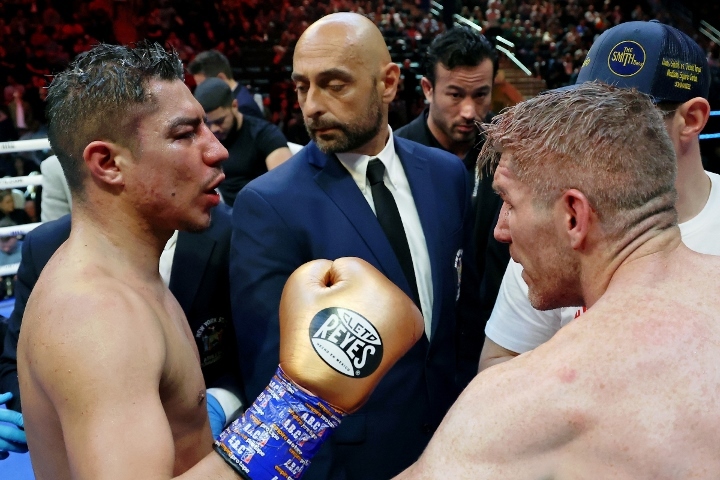 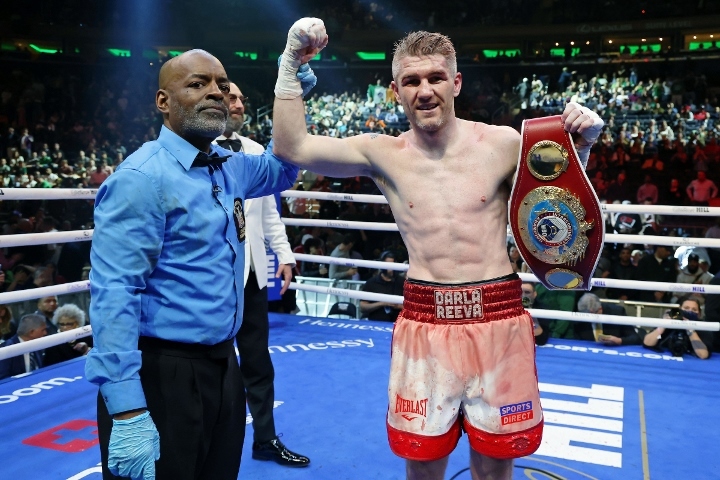 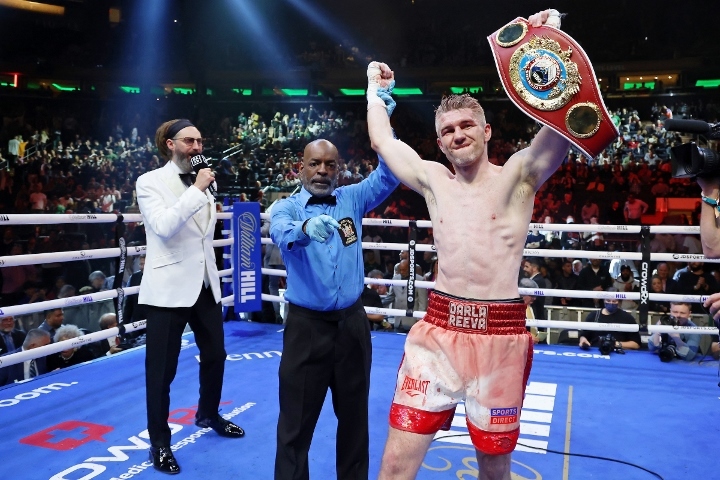 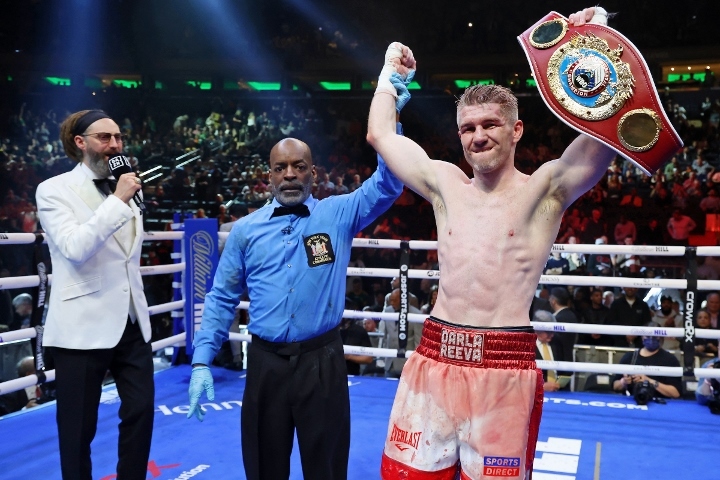 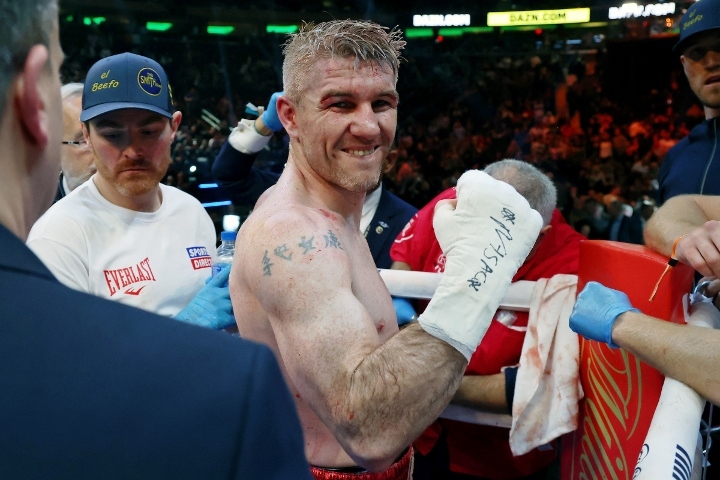