After a thrilling Week 1 of fights at Matchroom HQ, Brentwood, another explosive featherweight match-up headlines Fight Camp Week 2’s card, as KID GALAHAD and JAZZA DICKENS face off for the second time in their respective careers, looking to clinch the vacant IBF featherweight title. (photos by Mark Robinson)

GALAHAD is looking to secure a world title after losing out on the IBF belt in June 2019 with a split decision loss against fellow countryman Josh Warrington. 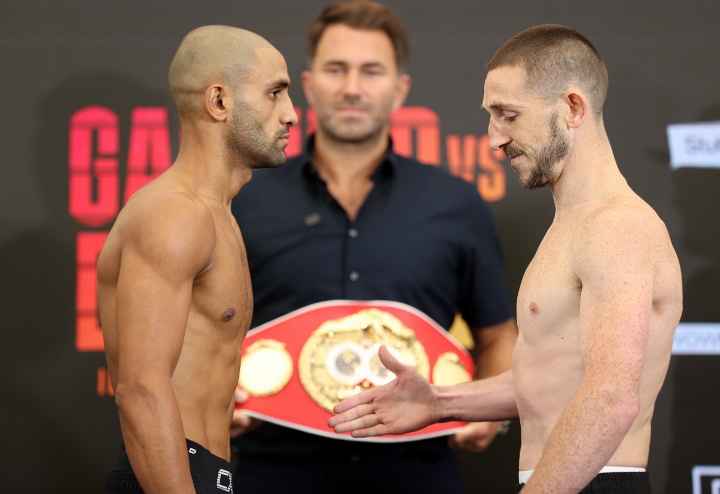 DICKENS comes into the bout on an eight-fight winning streak, having won the WBO European featherweight title and Golden Contract final against Ryan Walsh in December last year. GALAHAD and DICKENS previously met in 2013, with GALAHAD winning by TKO in round 10 for the British super bantamweight title in a classic domestic bout. 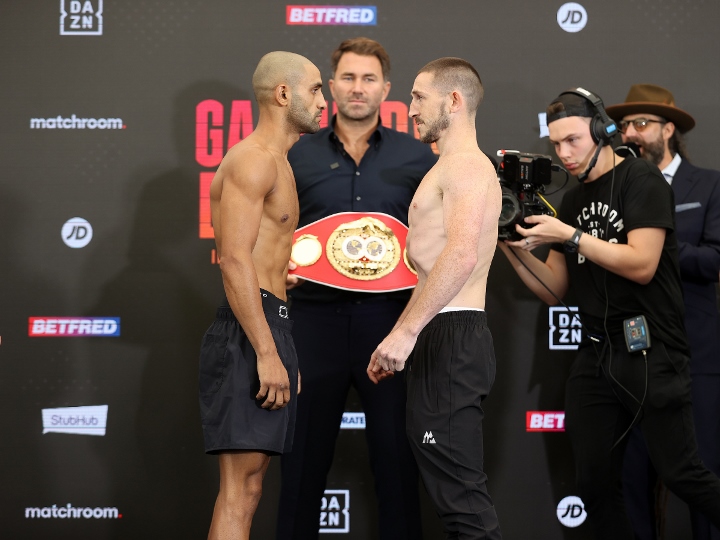 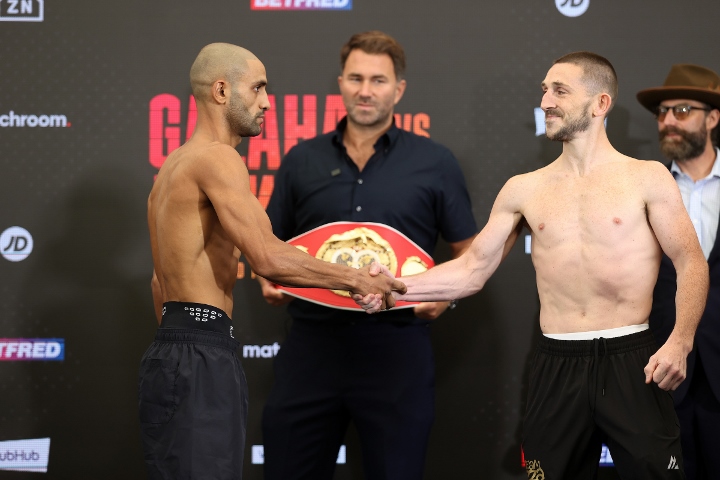 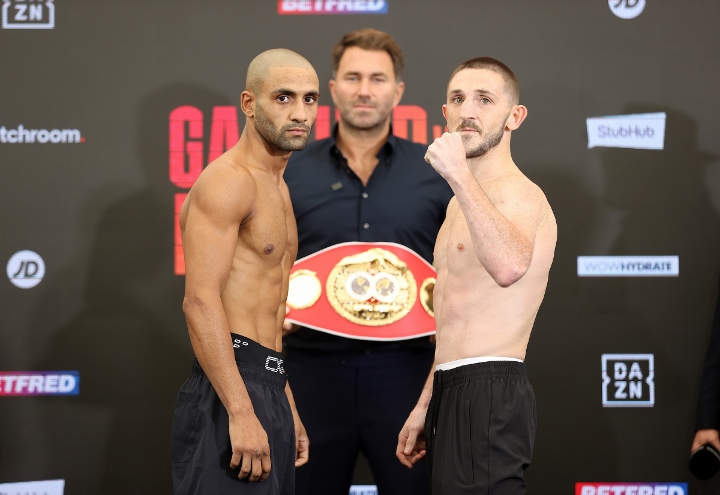 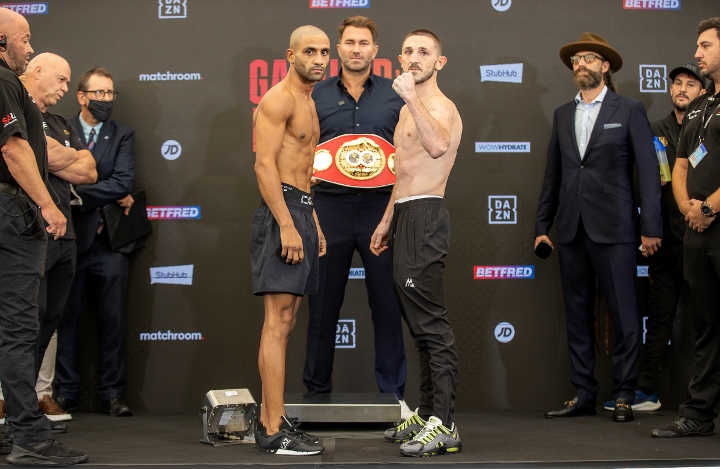 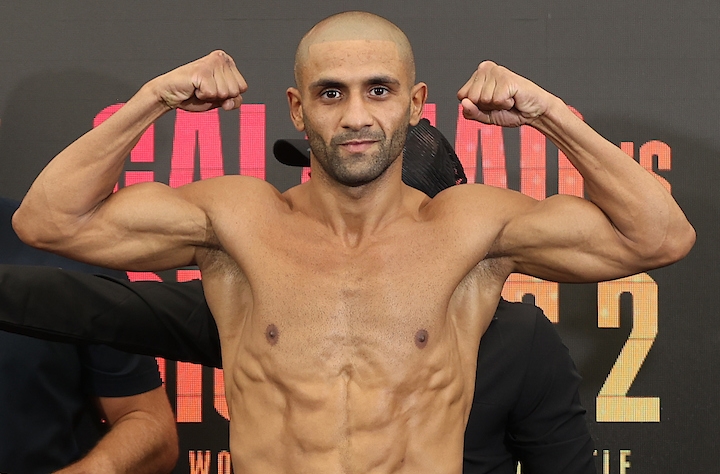 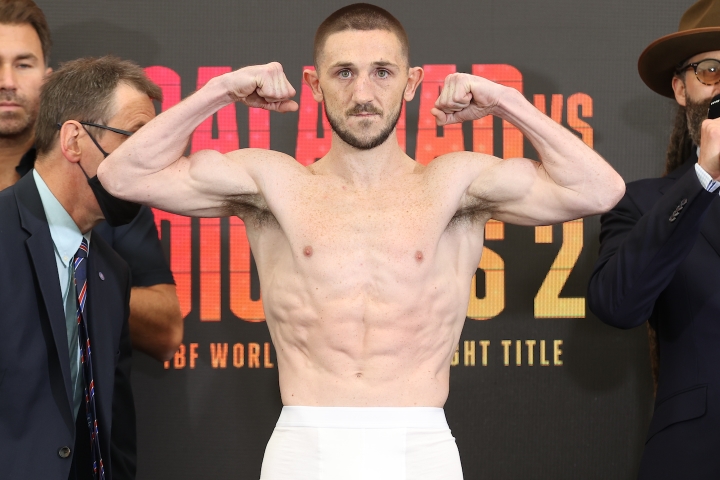 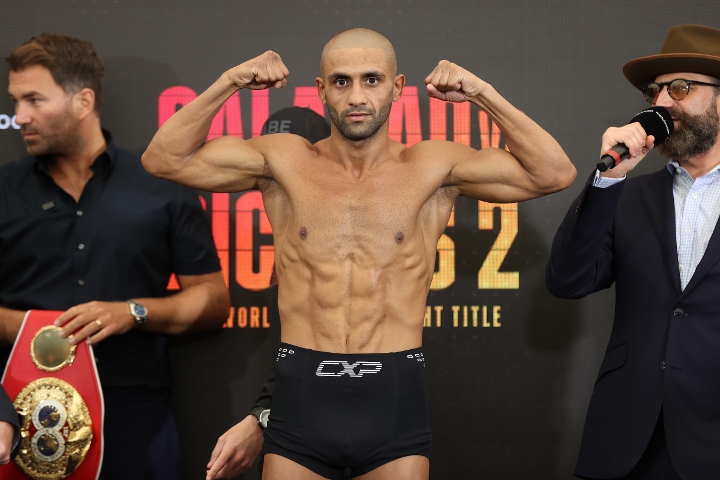 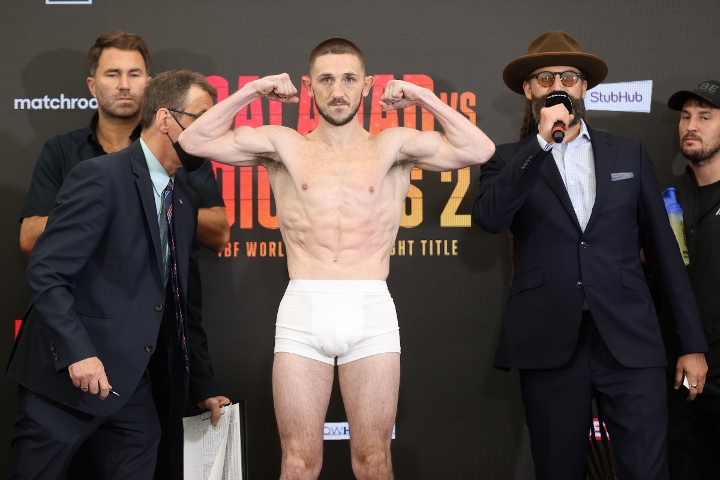