Azinga Fuzile’s world title challenge fizzled out in the face of Kenichi Ogawa’s right-handed assault in New York City on Saturday night as he lost a unanimous decision after three visits to the canvas. (photos Ed Mulholland)

Fuzile was busted up, bleeding from his nose and above both eyes. Ogawa sealed the victory by scoring two knockdowns in the twelfth and final round. 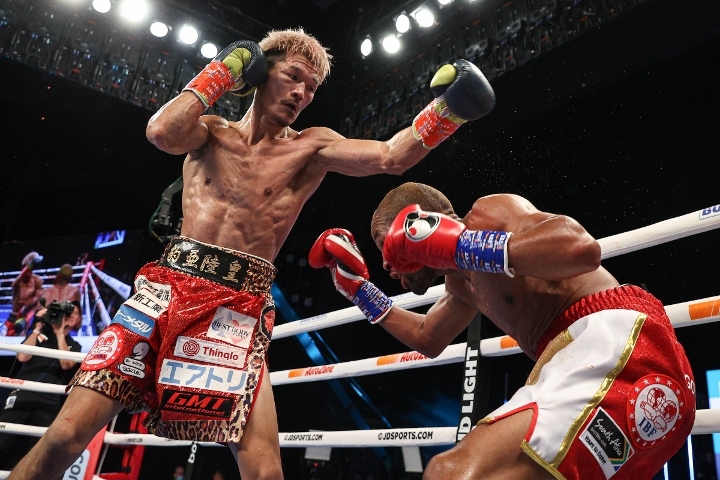 Two judges scored the fight 115-110 and one had it 114-111 in favor of the 33-year-old Japanese fighter who lifted the vacant IBF super featherweight title. 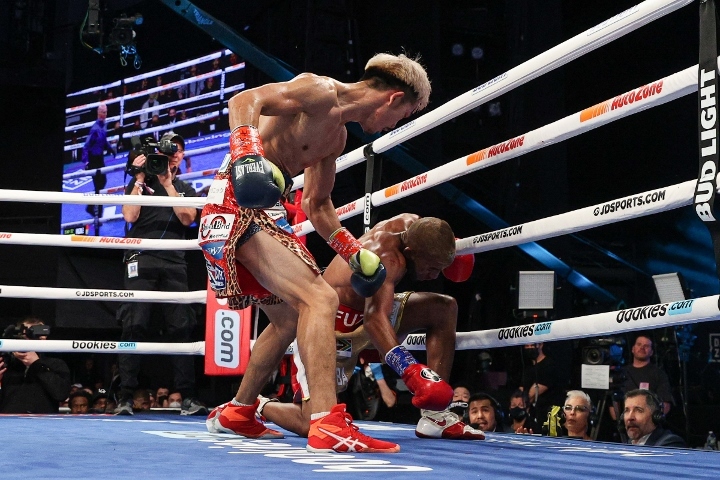 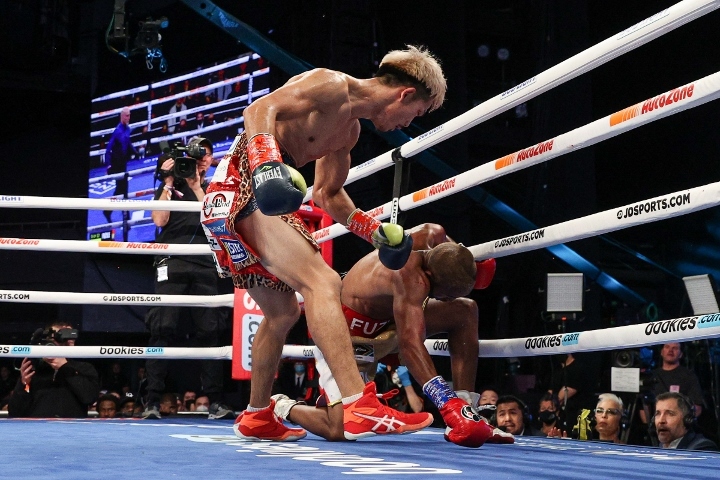 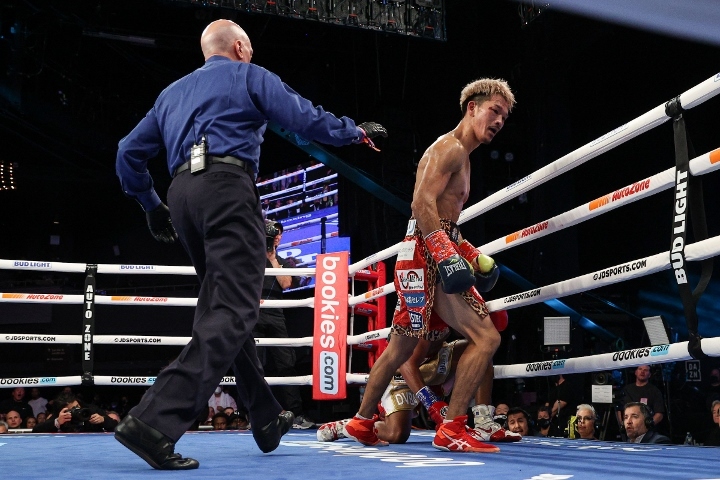 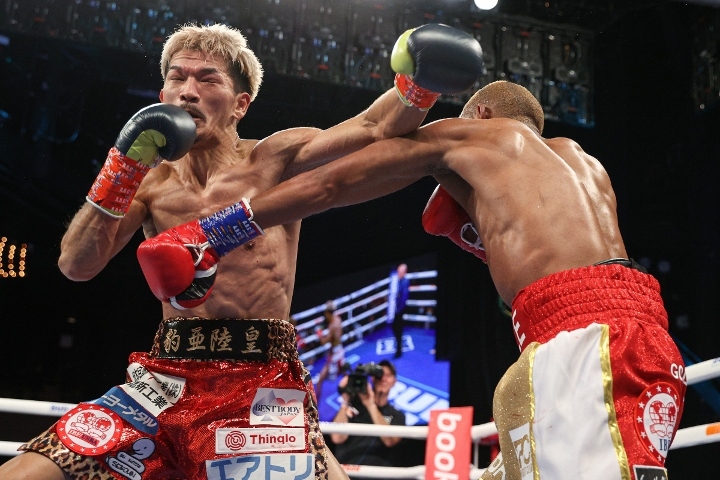 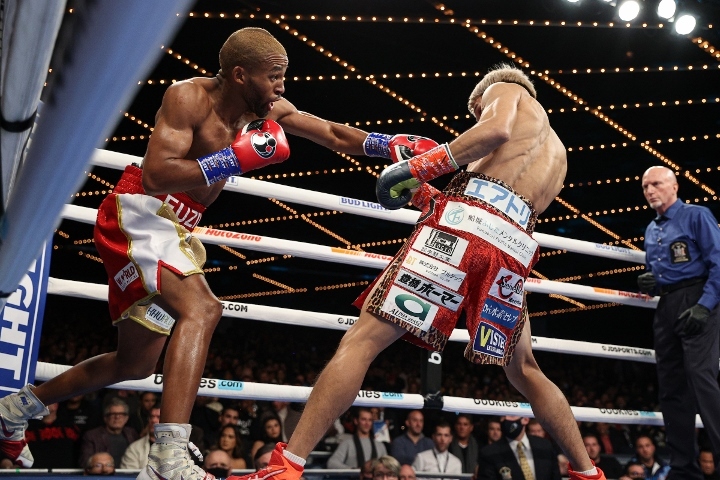 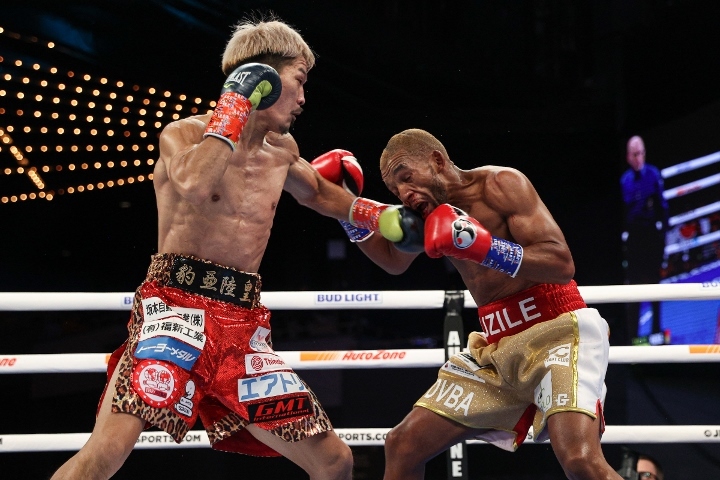 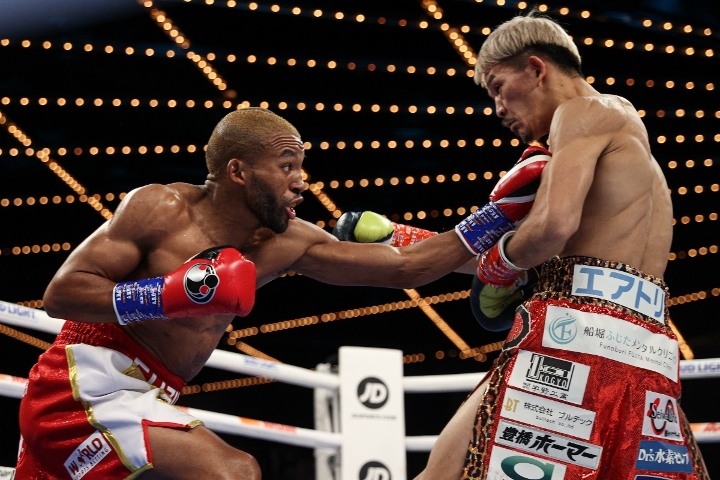 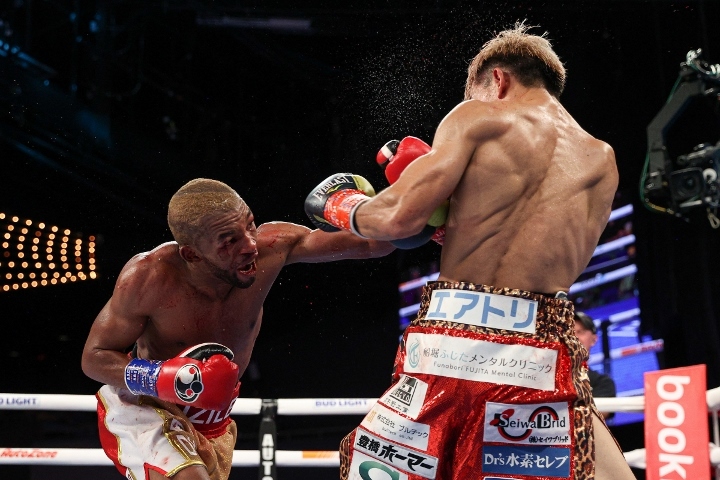 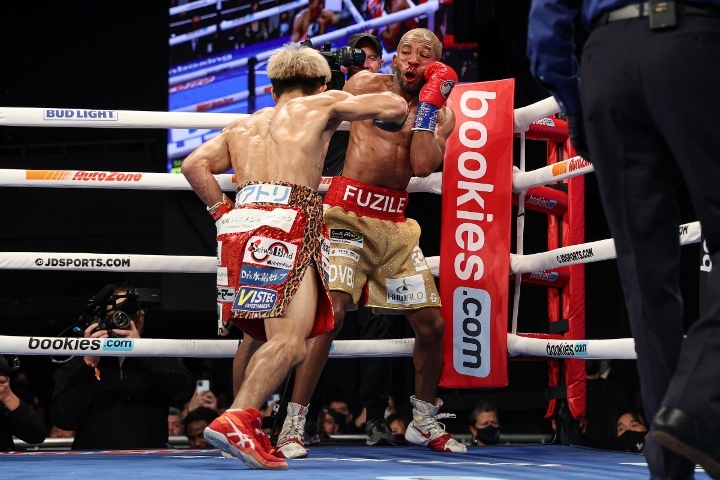 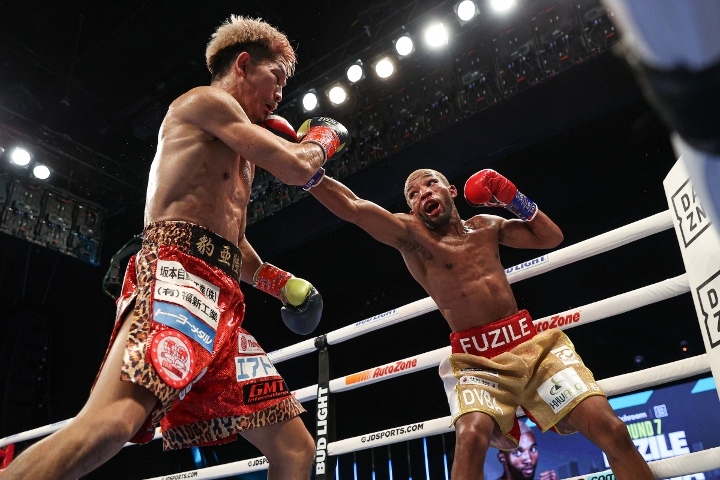 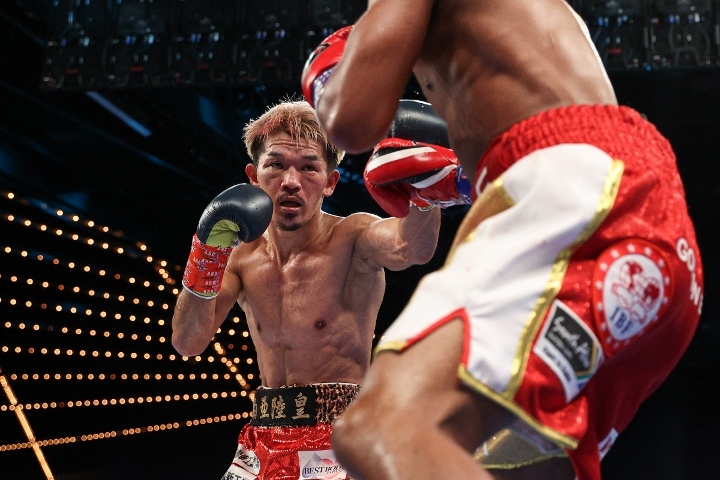 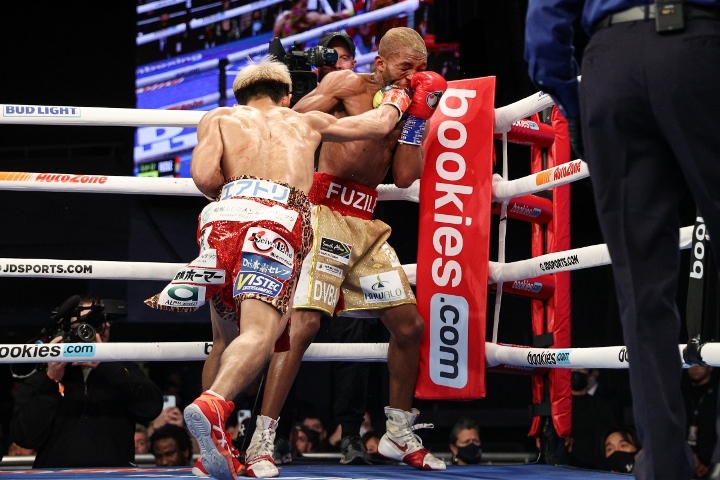 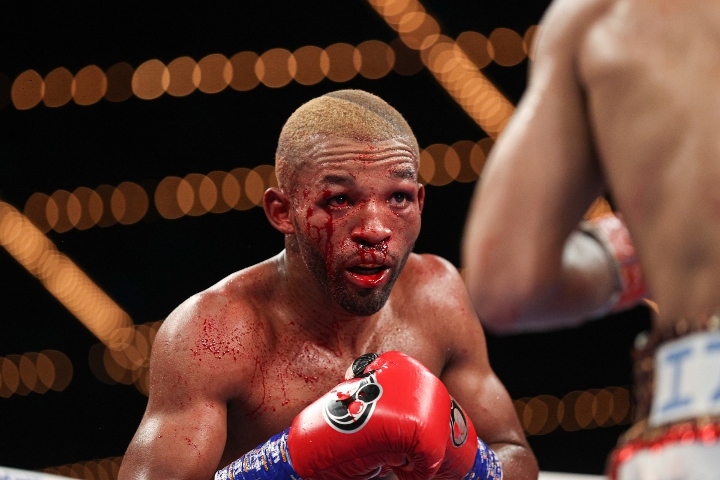 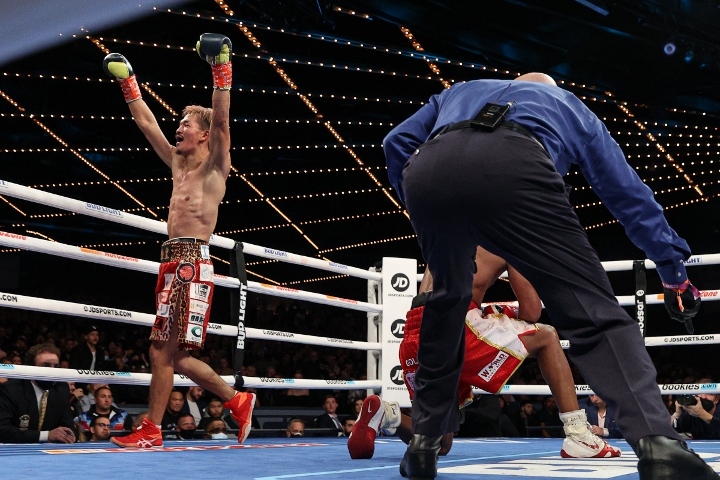 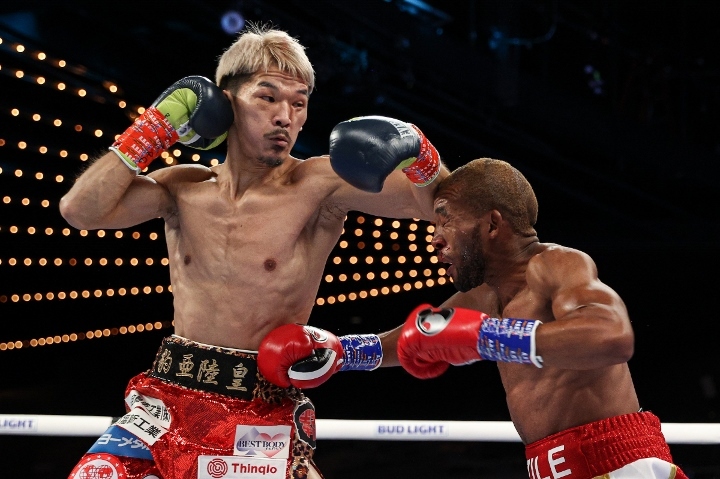 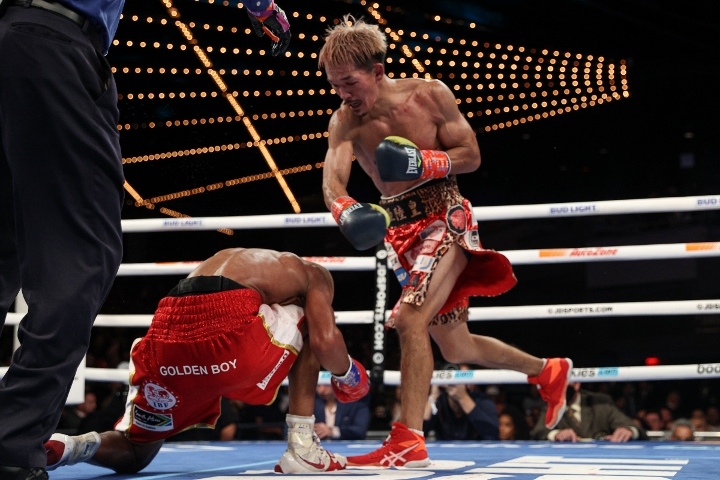 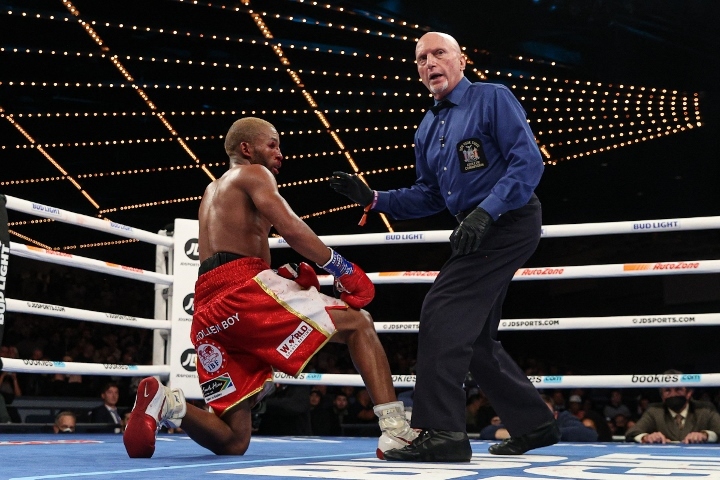 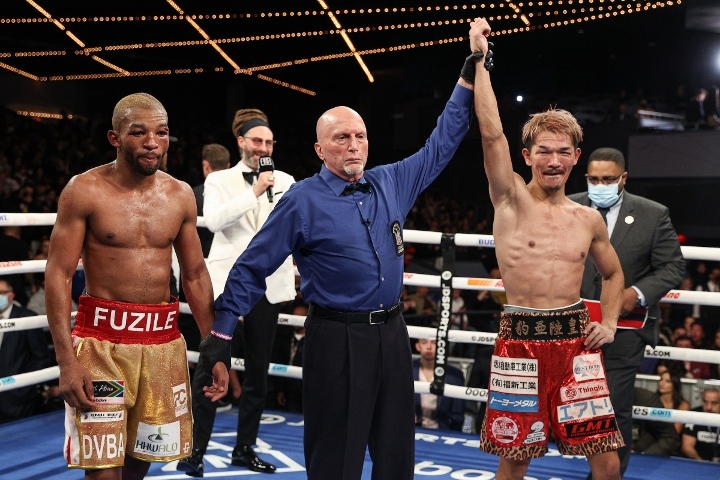 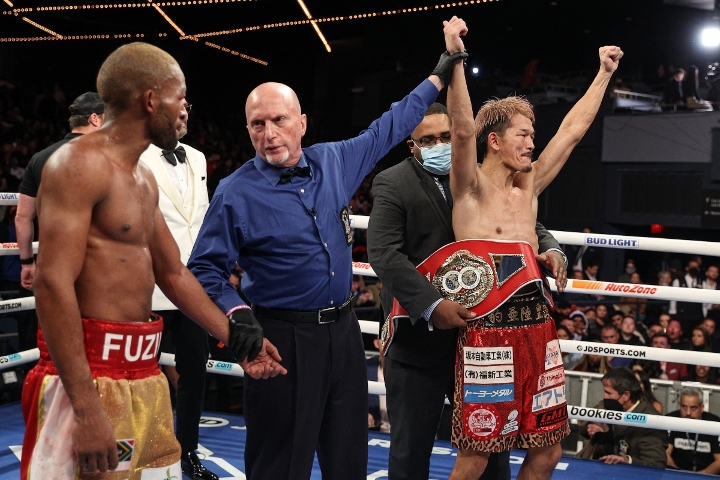 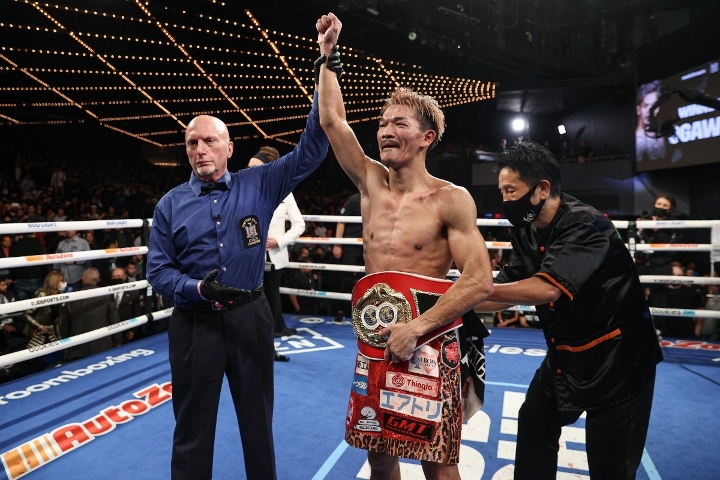 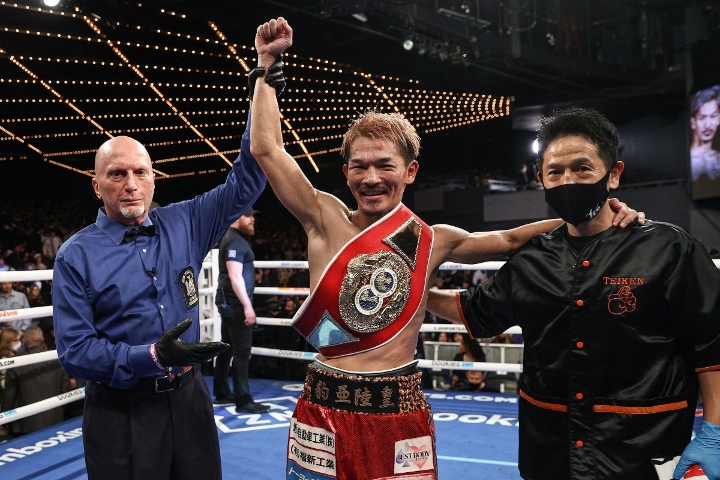 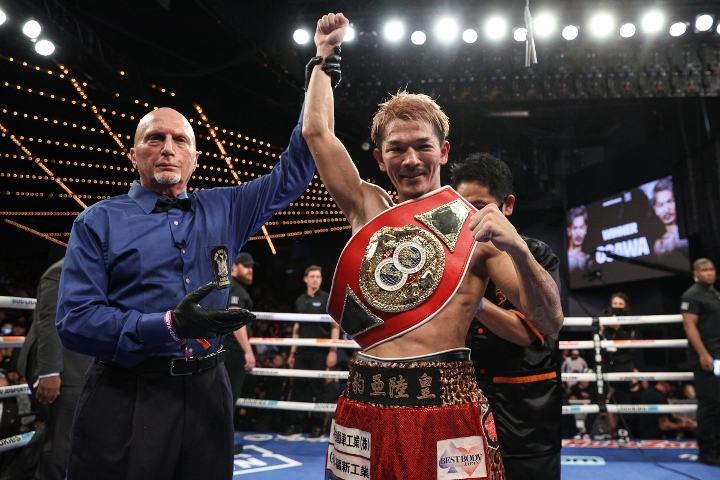