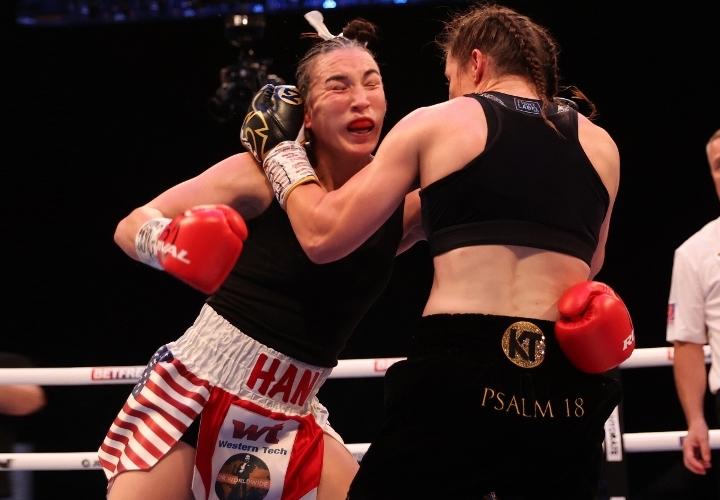 They were feeling each other out in the first round. Han was mostly on the move in the early round, with Taylor pressing forward for the most part and looking to connect with accurate punches. Han's defensive boxing style was making it tough to connect clean. 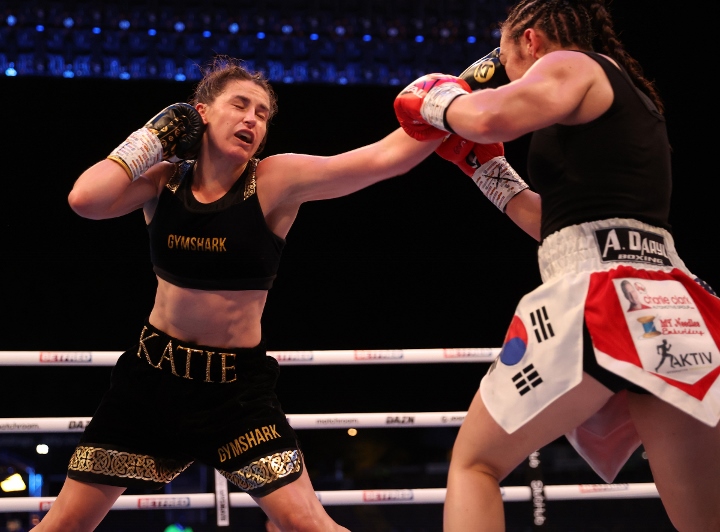 Taylor was starting to connect more often in the third. Han went back to her boxing in the fourth, which created a very technical fight for the rest of the way. Taylor was the busier fighter with more connects. During the eight round, there was a knockdown called when Taylor put her punches together to drop Han, who complained that she tripped. A replay showed that Han did slip and go down. 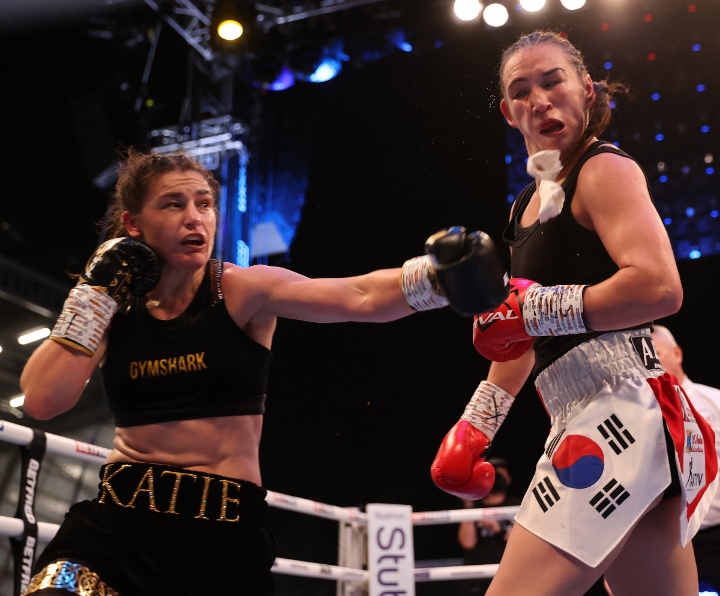 There was a lot of pressure from Taylor in the final two rounds. She was pressing forward and making it a rougher fight for Han. 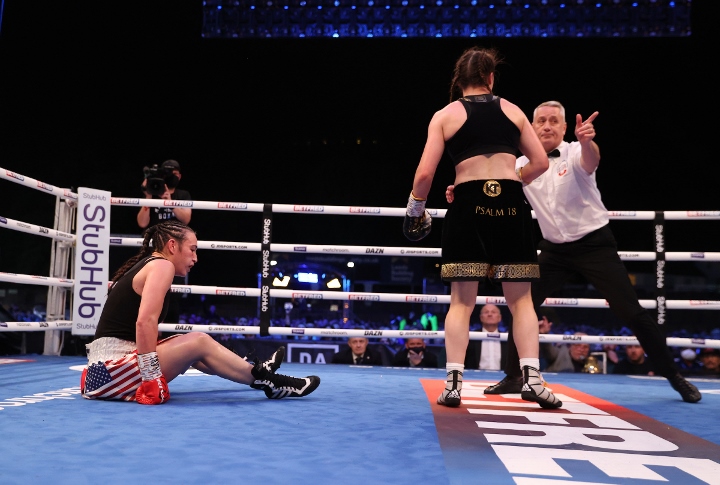 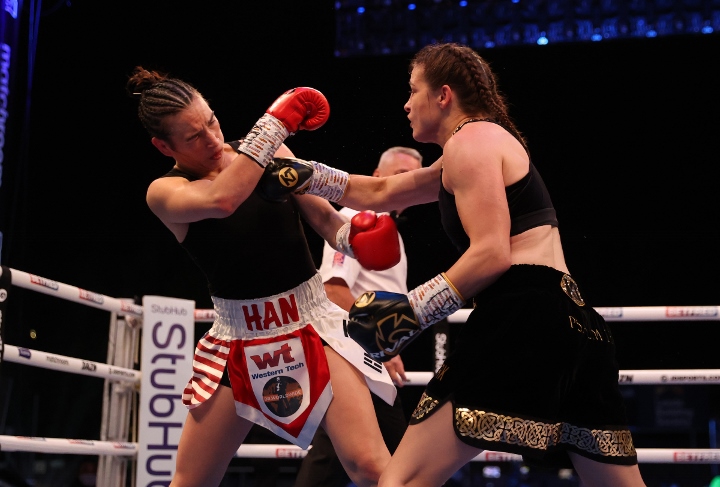 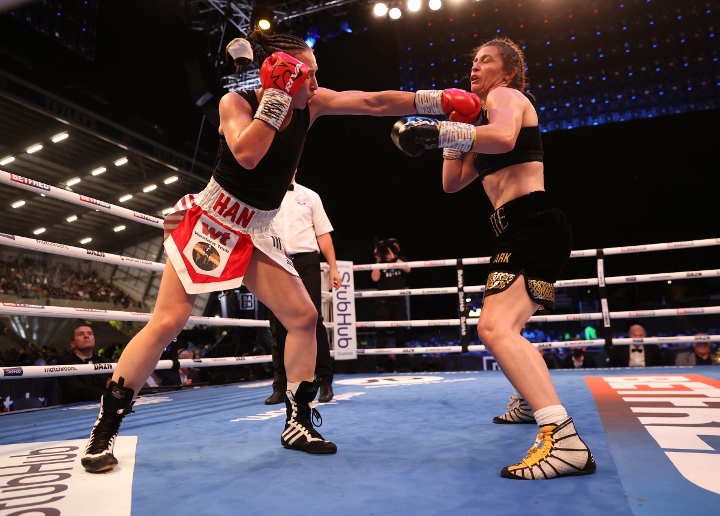 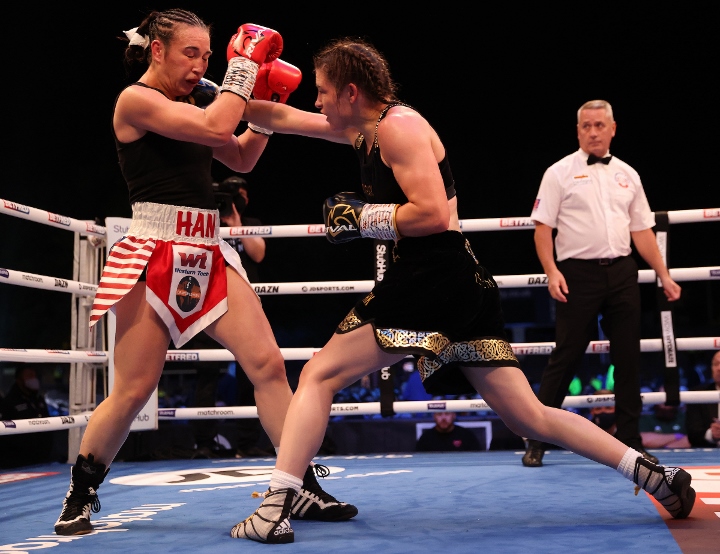 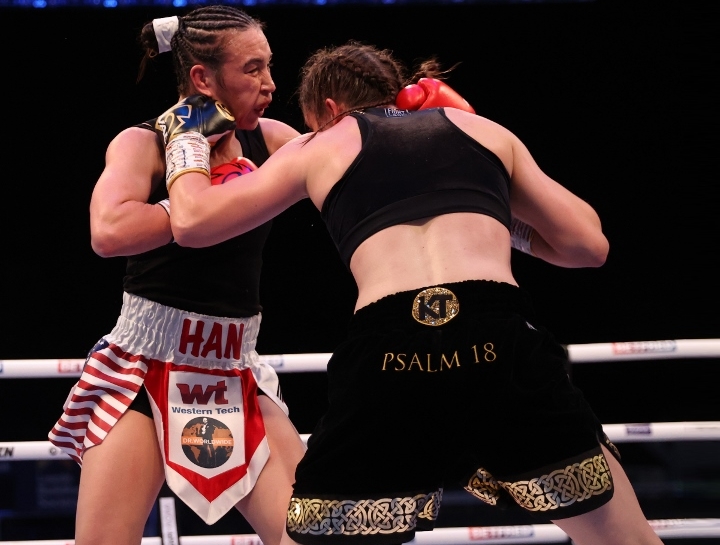 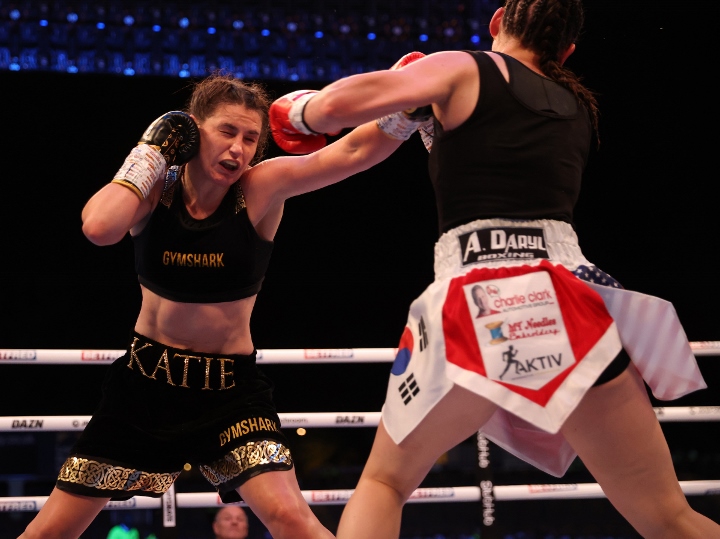 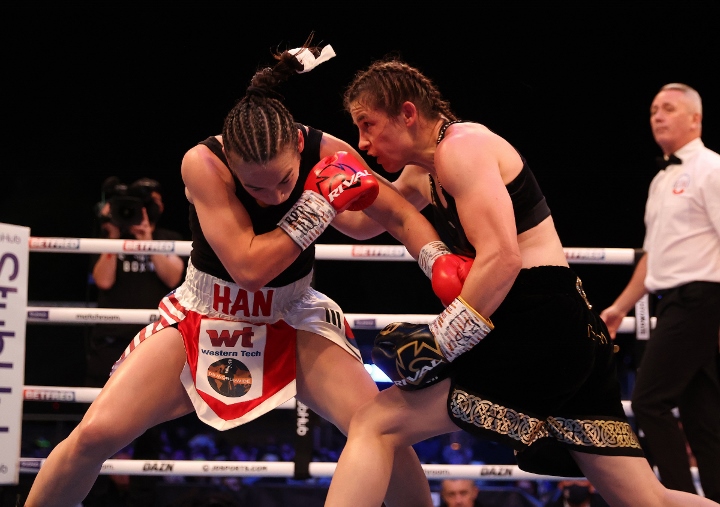 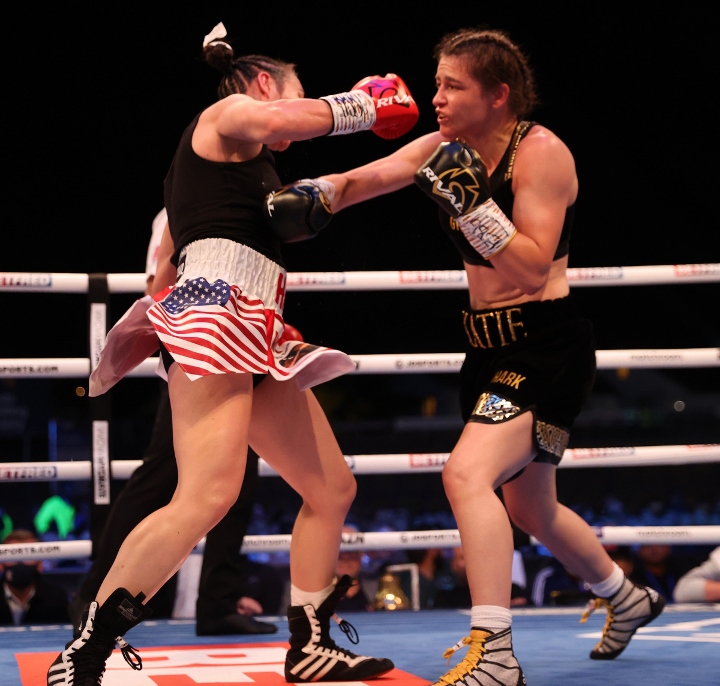