The opening round was a fire-fight, with Arroyo stunning and dropping Martinez. Near the end of the round, it was Martinez who rocked and dropped Arroyo. 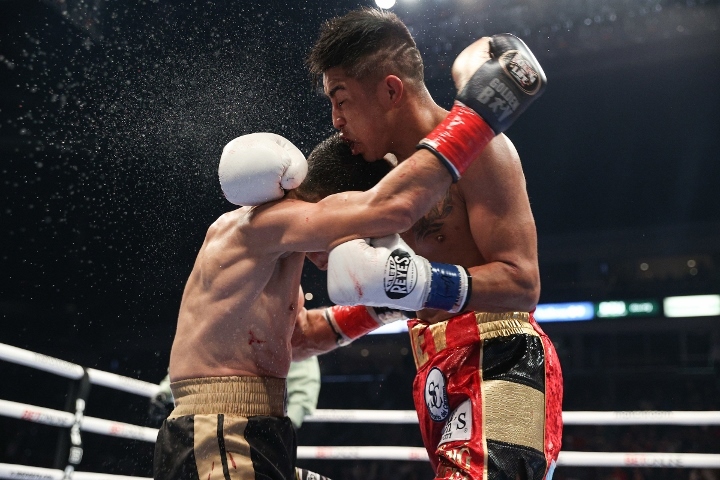 In the second, a cut opened up above the right eye of Arroyo. They were trading big punches, with Martinez dropping Arroyo for a second time. 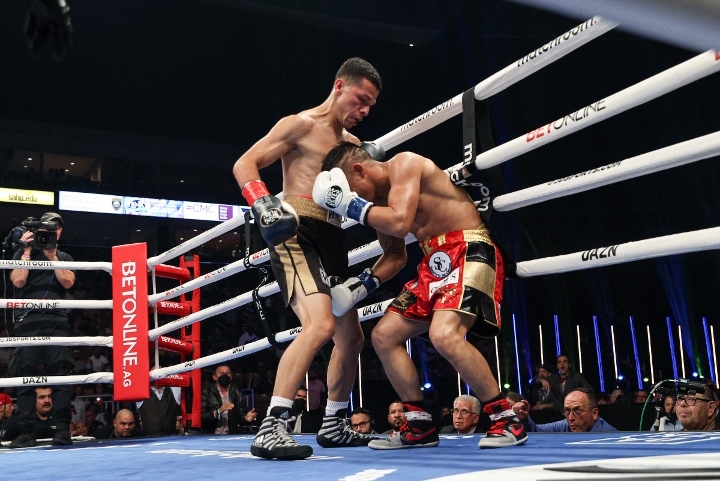 At the end of the second, Arroyo indicated to the doctor that he was unable to see from his cut eye. The doctor deemed that Arroyo's cut was caused by a cut and the fight was ruled a no-contest. 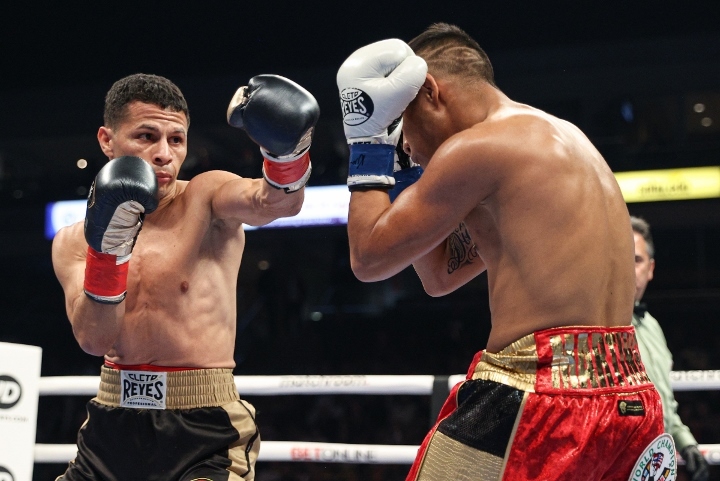 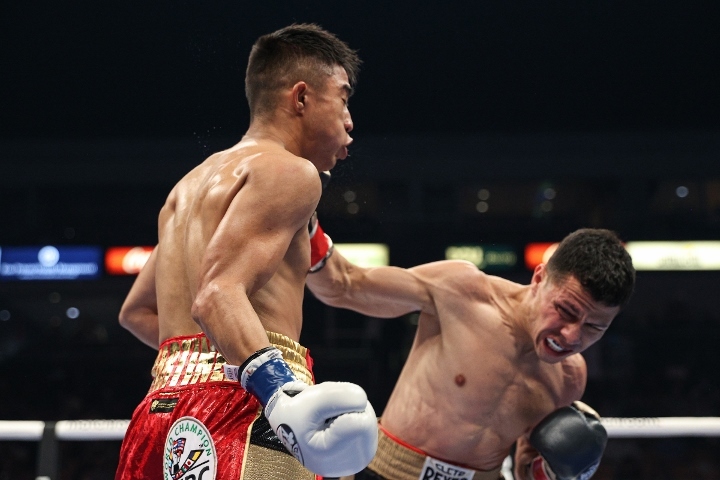 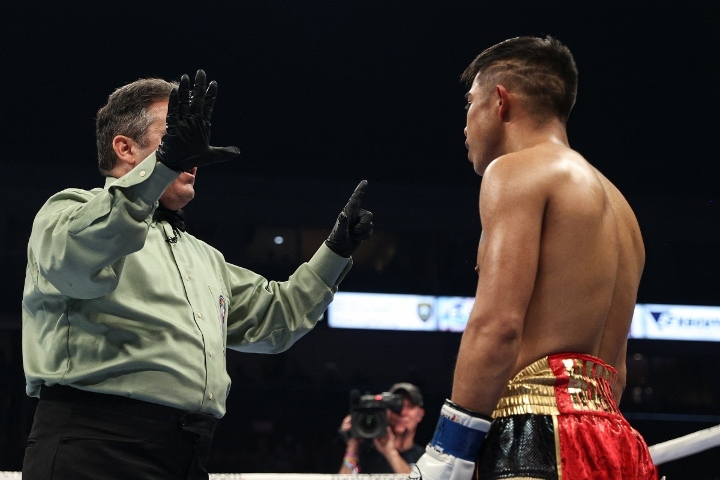 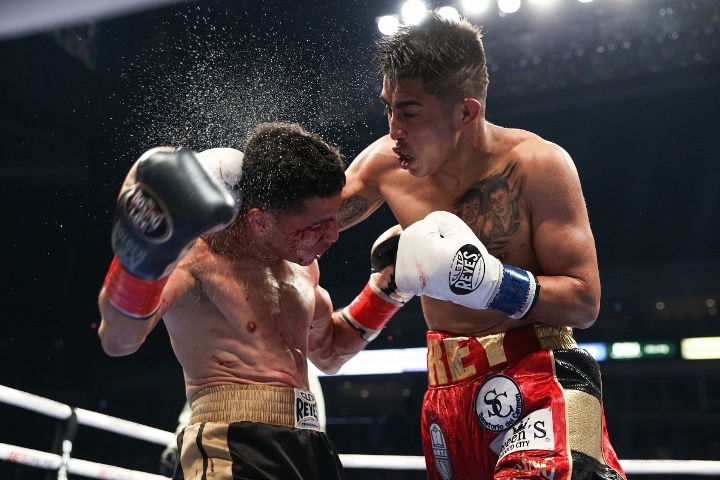 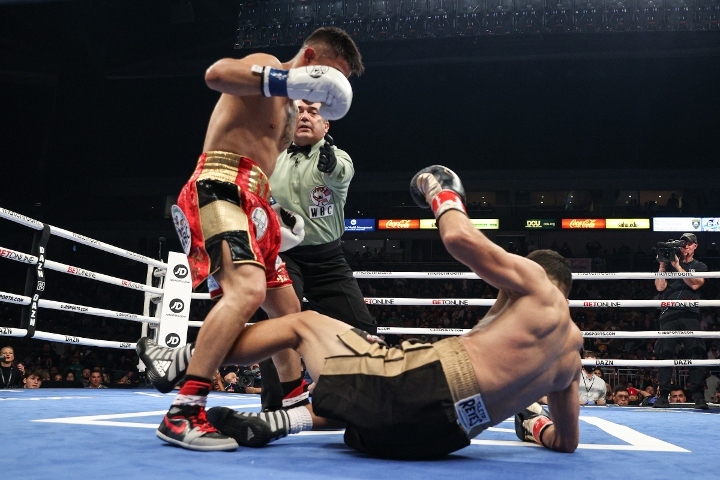 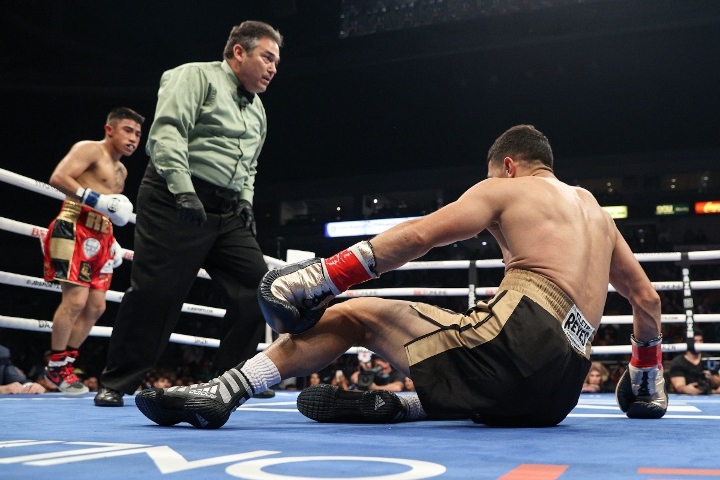 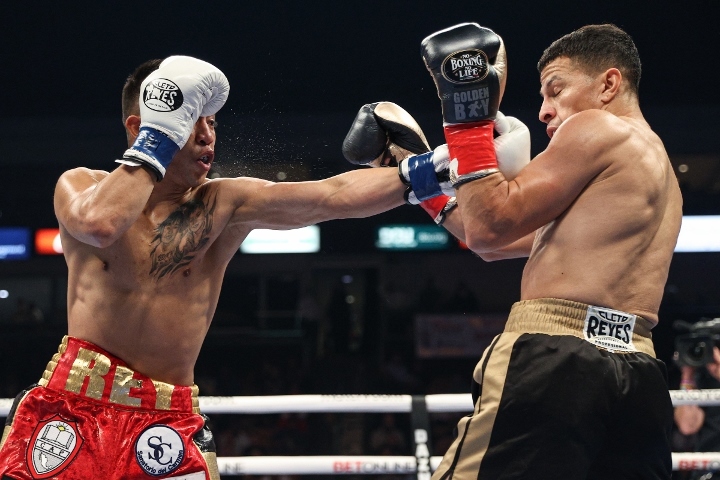 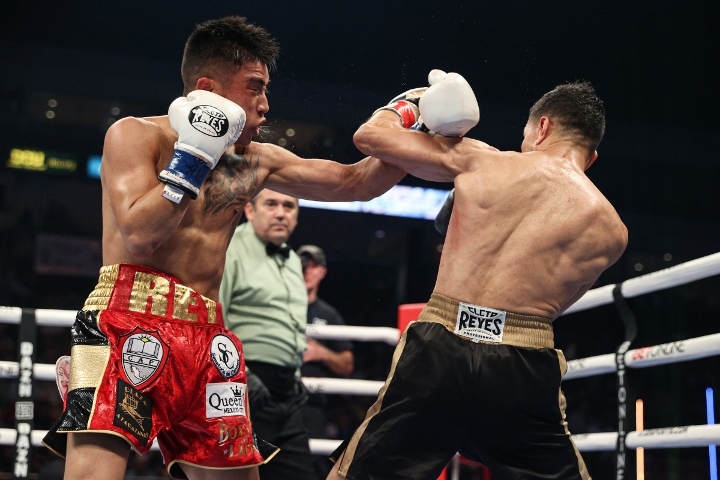 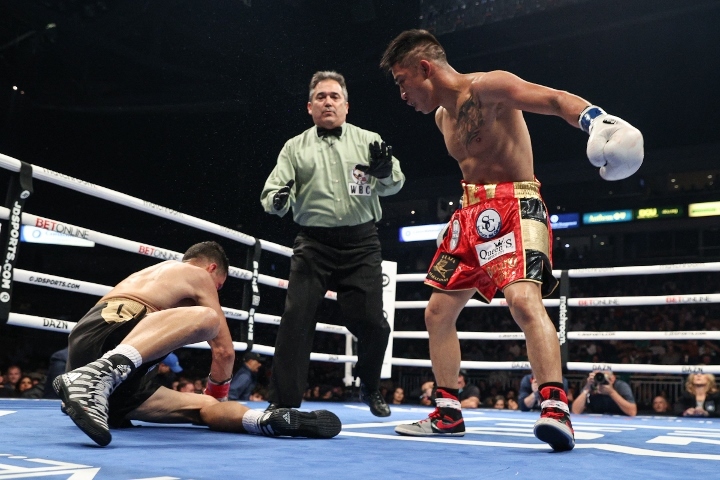 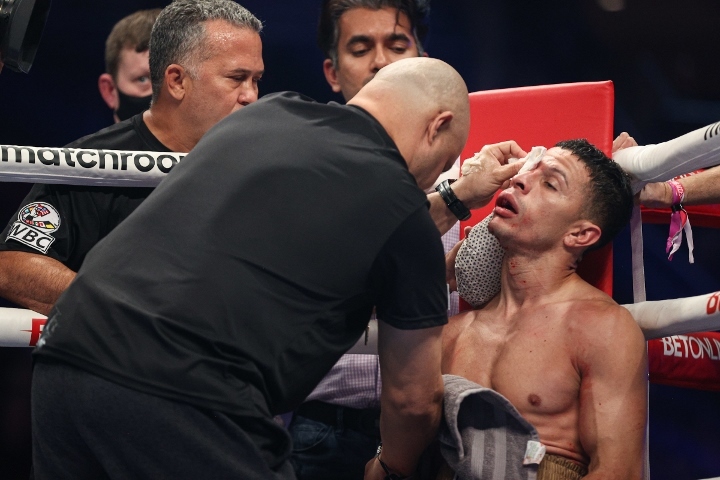 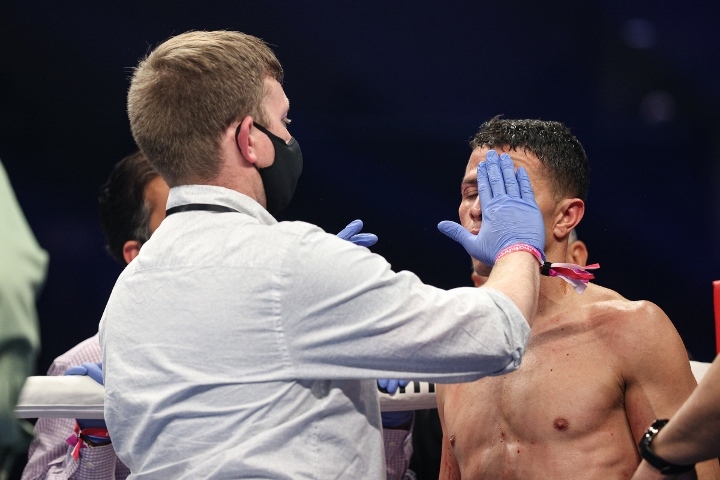 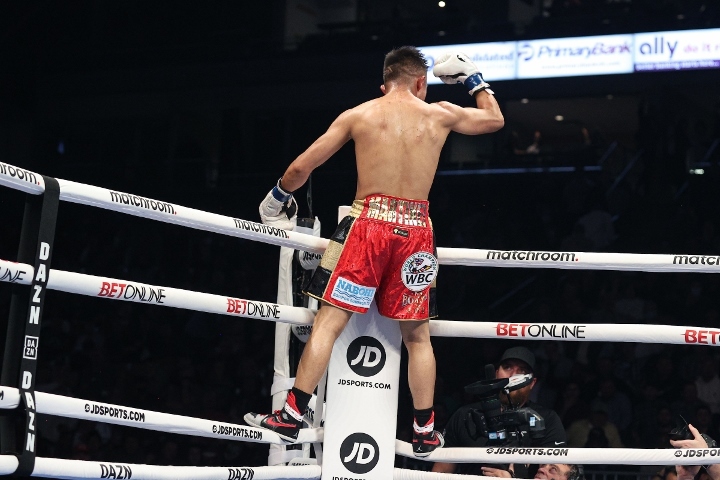 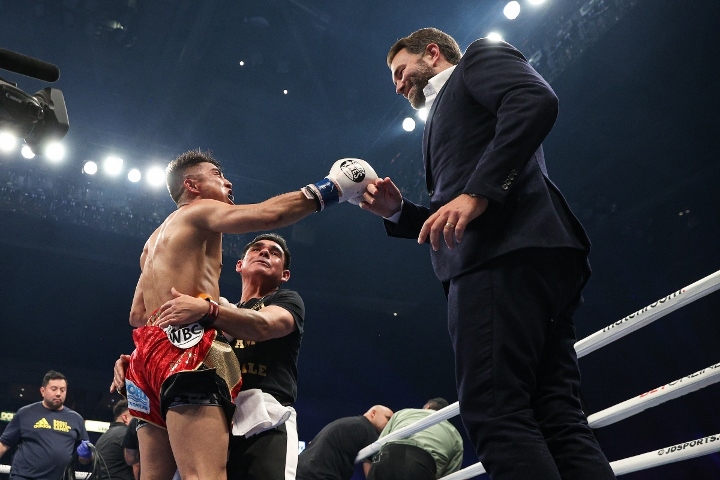 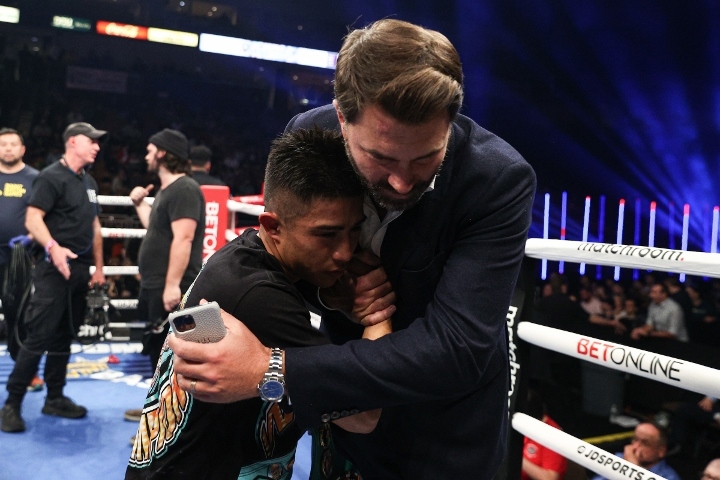 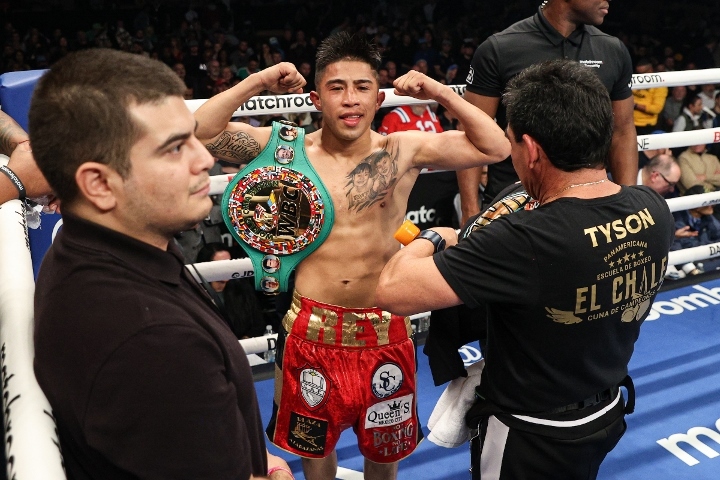 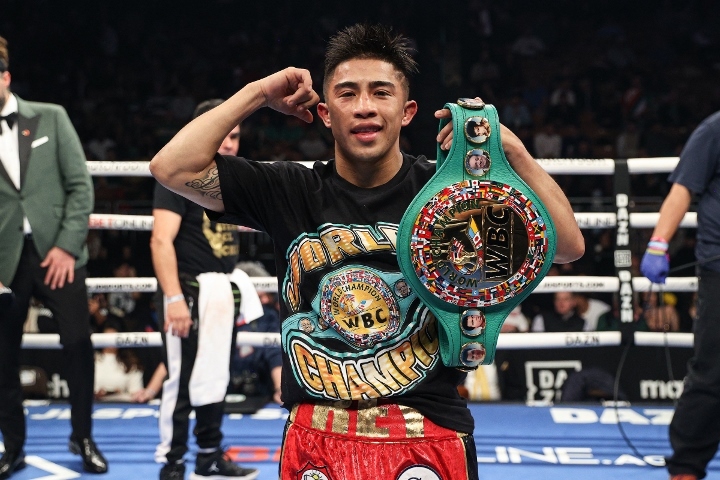