The former WBC middleweight world champion Julio César Chávez Jr, and Ecuadorian fighter Jeyson Minda, had no issues on the scale on Thursday - as they made weight for their ten round, light heavyweight bout taking place on Friday, November 27 in Culiacán. 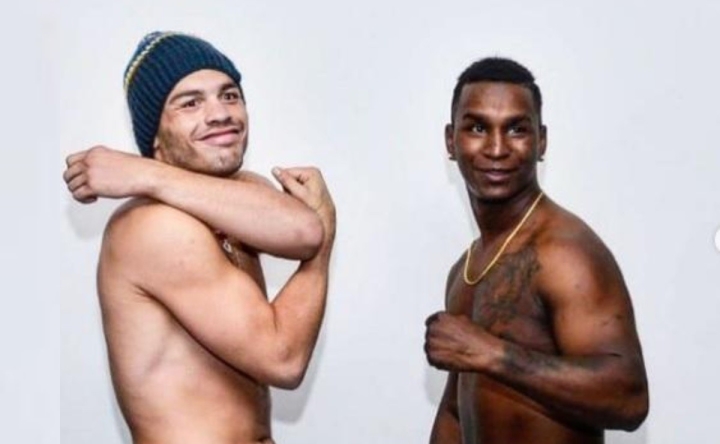 The event is scheduled to start at 8PM at the "Juan S. Millán" Sports Center in the Revolución Par in Culiacan, which will be open with limited access to 450 people, including fans, members of the Boxing and Wrestling Commission of Culiacán, doctors and the press. 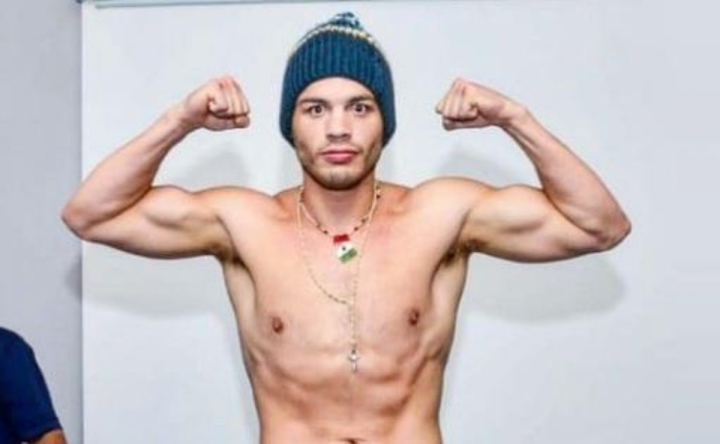 All the fights this Friday will be broadcast through SalaEstelar.com, on pay-per-view.

At the official weigh-in ceremony that took place in a restaurant in the capital of Sinaloa, both Chávez and Minda came in at 174.8-pounds.

The 27-year-old Minda, originally from Quito, Ecuador, has a record of 14 victories (eight of them via knockout), one draw and two losses.

In his most recent fight in Mérida, Minda lost by knockout to Tyrone Spong last December.

For his part, Chávez, 34, has a record of 51 won including 33 knockouts, in exchange for five losses and a draw.

Chavez is trying to snap a two-fight losing streak, with defeats coming at the hands of Mario Cazares and Daniel Jacobs.

"Chavez is always a media type, we are two gentlemen who are looking for the same thing, he wants to vindicate himself here with his people, with his family, with his last name, but it will not be easy for him," Minda said.

"It is a great opportunity that is being given to us, I think that by winning this fight, good things are coming for me, for my family, for my country more than anything else, which is going through a difficult situation, but I want to bring joy to my country too.

"I believe that Chávez is going to try to knock me out from the first round, but with my team we have already planned an attack strategy and whatever he is going to do, we are going to do better."

Looks like he brought some dude back to his place after a crazy night and say "hey man, why don't I put you on the fight card, it will be crazy, hahah."

The Prince of Meth is back.

Name one Ecuadorian boxer besides this guy Minda? This guy was selling loose Newports on the street and they asked him if he wanted to box Chavez Jr and they gave him a pair of gloves

How can Jr keep getting fights after quitting one after another? Bizarre. His old man, I spose. Poor bastard probably has a list of excuses in his head.