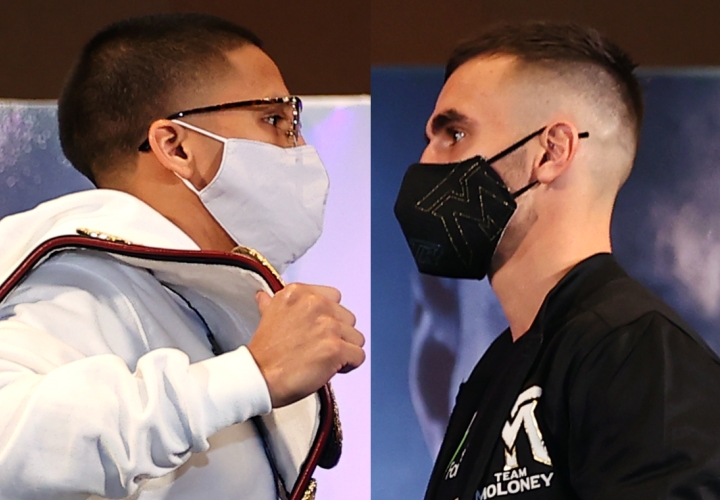 This time, they sat six feet apart on a socially distanced press conference dais three days before their championship showdown, which will air LIVE on ESPN and Deportes (10 p.m. ET), and exclusively on Premier Sports in the UK. When it came time to face off, they edged closer, neither man willing to give an inch. 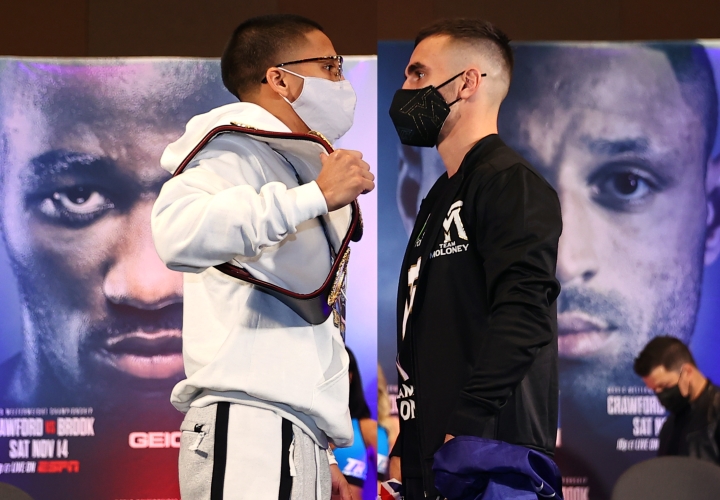 In the co-feature — a rematch of one of the most memorable Bubble bouts — WBA super flyweight world champion Joshua "El Profesor" Franco will attempt to repeat the deed against Andrew "The Monster" Moloney. Franco upset Moloney via unanimous decision on June 23, as Moloney faded in the later rounds after suffering a pair of perforated eardrums. 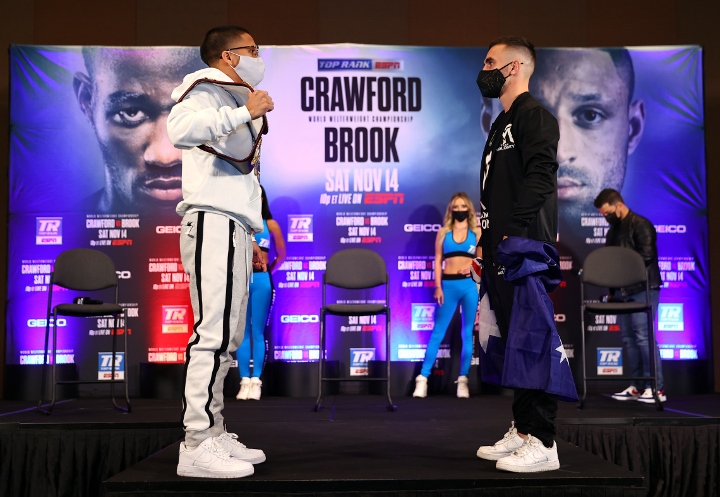 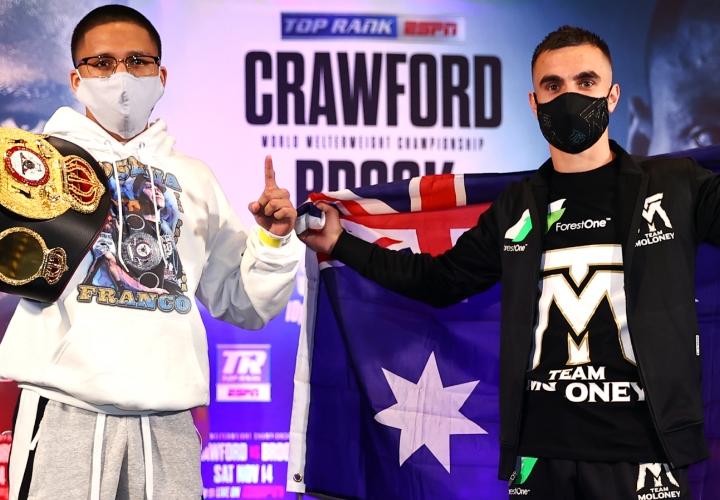 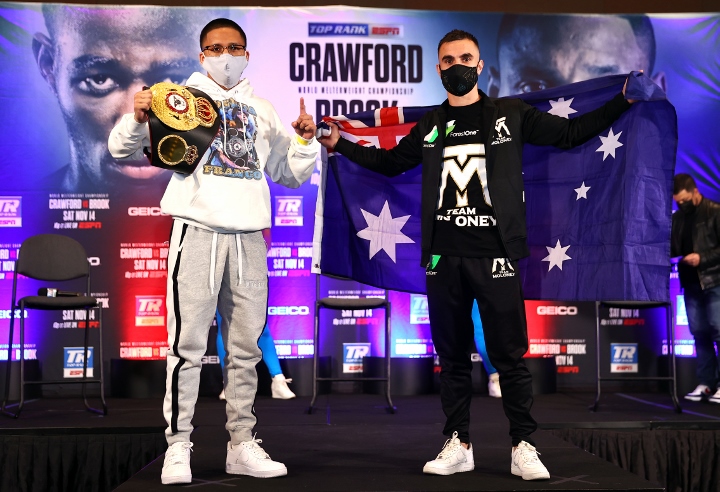 The Maloney bros spent too much time out back. Maybe the pandemic eased their way to Vegas late in their careers. Just the same, boxing is a young man's sport and in the little men, they are thick as flies.

Maloney doesn't seen to have the firepower to keep Franco from disrespecting him. SO unless he gets on his bike and puts on a boxing masterclass for 12 rounds, the outcome will be the same, if not worse.