Lopez got off to a fast start in round one, connecting flush with a right hand and following up with hooks to the body to drop Santana midway through the round. Santana rose to his feet and was able to slow the ensuing follow-up attack from Lopez by landing multiple hooks in the round's remaining moments. 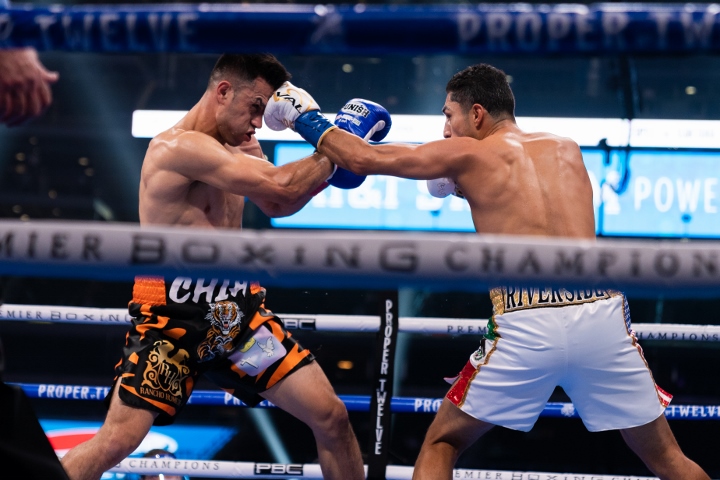 Santana remained planted in the center of the ring for most of the fight, while Lopez was happy to circle the ring and pick his moments to come forward and attack in spurts. Lopez built up a big advantage in body punches landed, landing 49 to Santana's three. 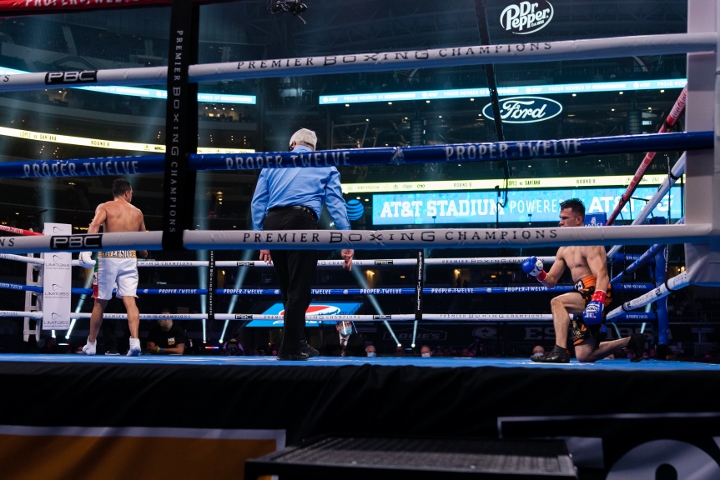 In round nine, Lopez again dropped Santana, initially hurting him with a right hand late in the round to lead to the knockdown. Santana was able to make it through the round, but was quickly dropped two times early in the tenth round, with referee Neal Young halting the fight 1:22 into the frame. 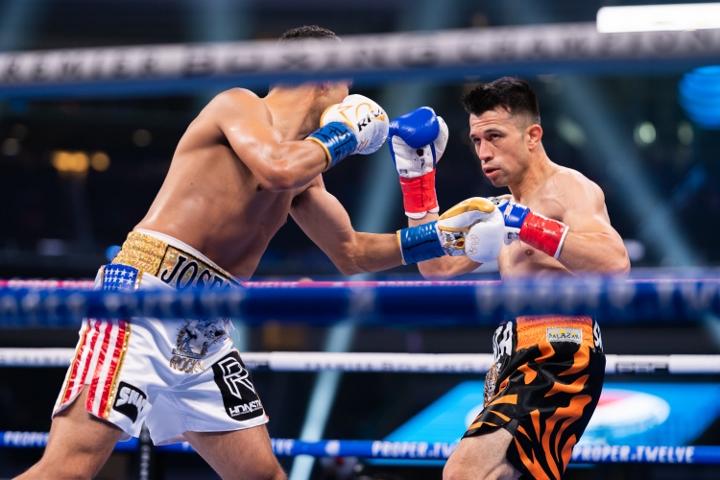 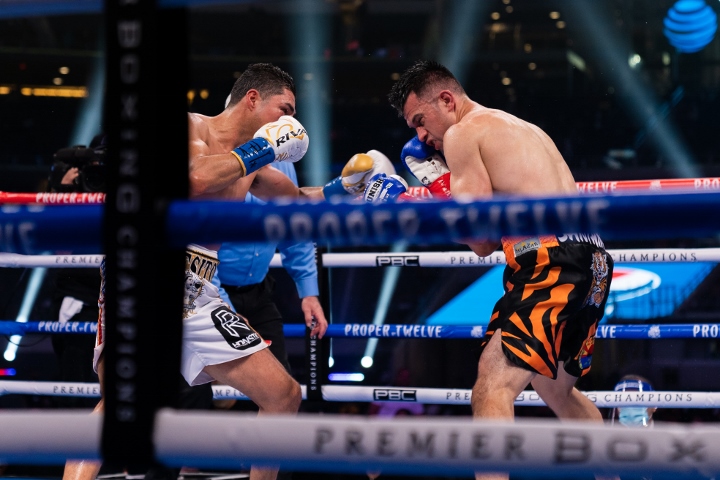 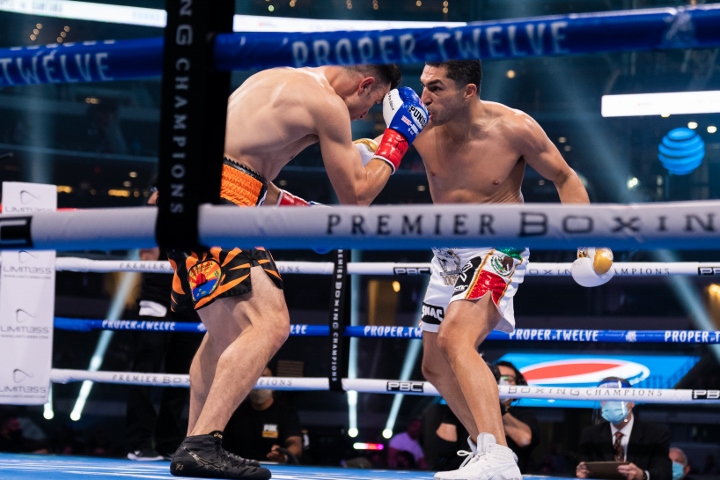 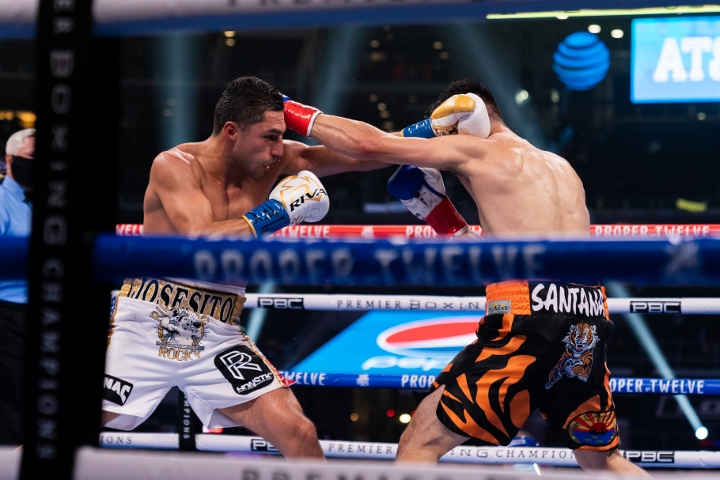 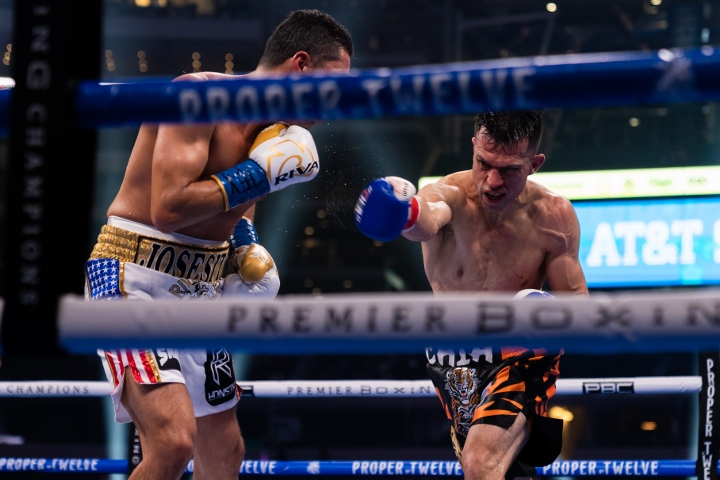 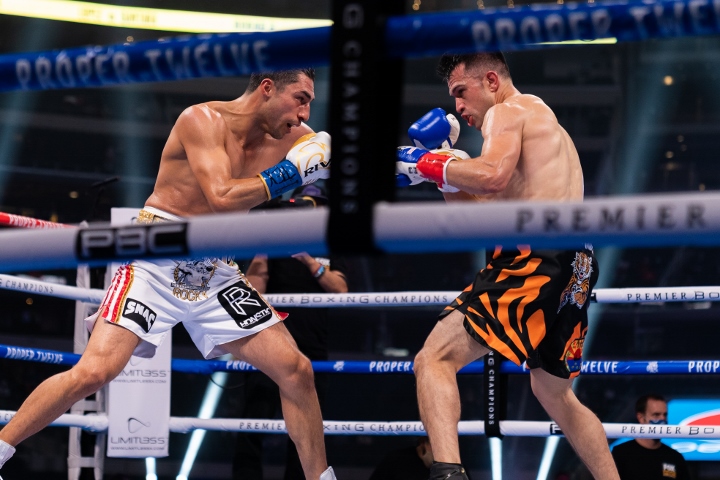 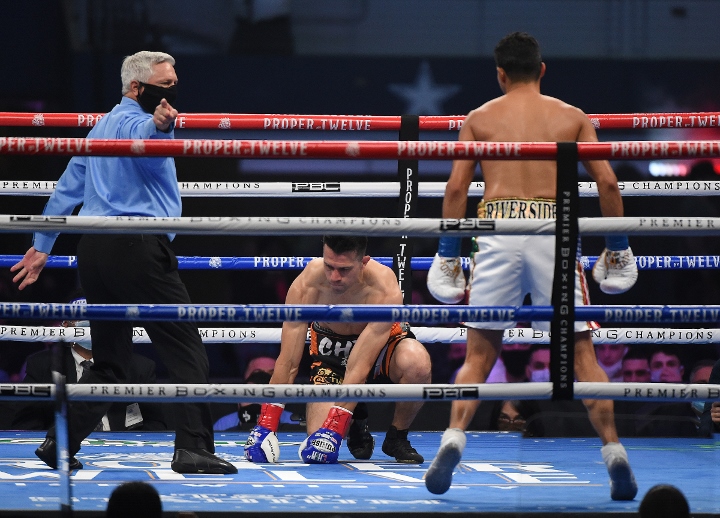 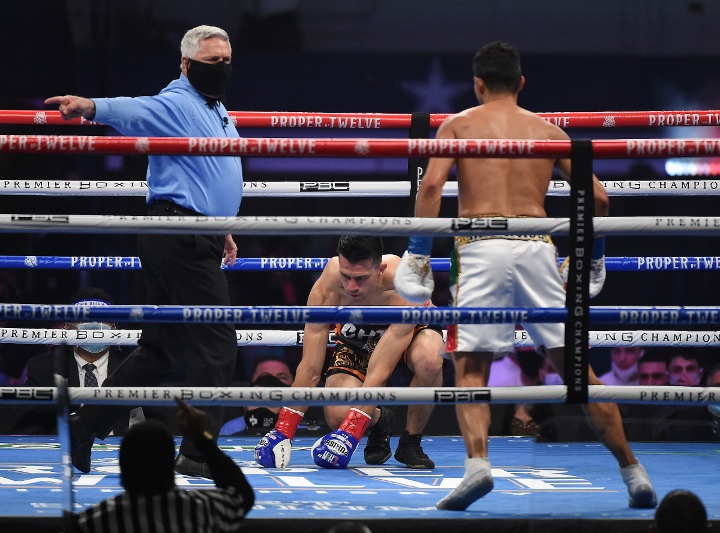 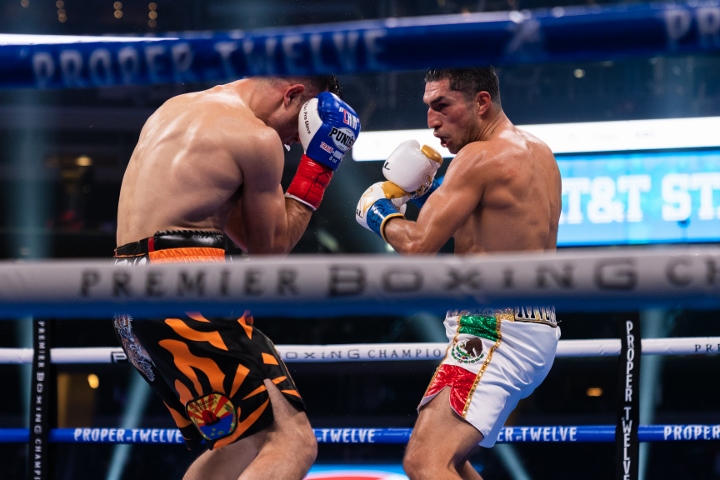 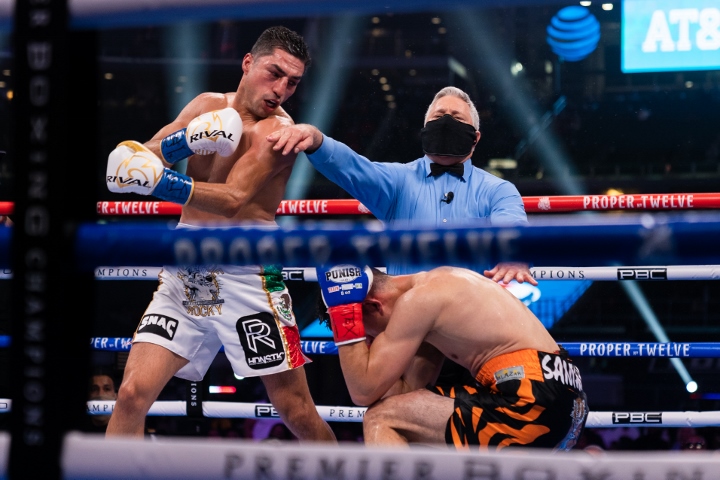 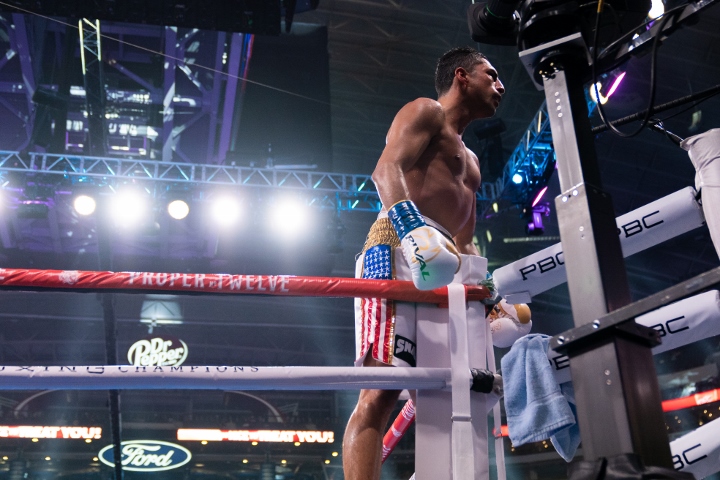 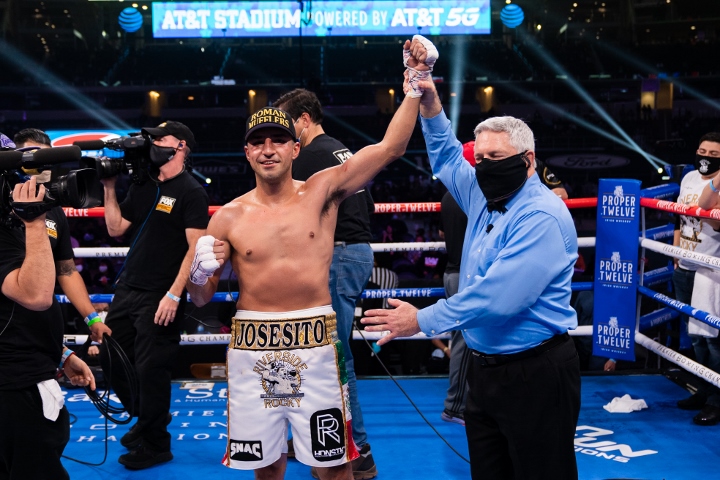