Take two. Junior welterweight contenders Jose "Chon" Zepeda and former world champion Ivan "The Beast" Baranchyk were scheduled to fight in July, but the bout was postponed after Baranchyk suffered an injured rib in training. Both men now have a clean bill of health, and the two will fight Saturday evening in a 10-round bout from the MGM Grand Conference Center (ESPN+, 7:30 p.m. ET). (photos by Mikey Williams) 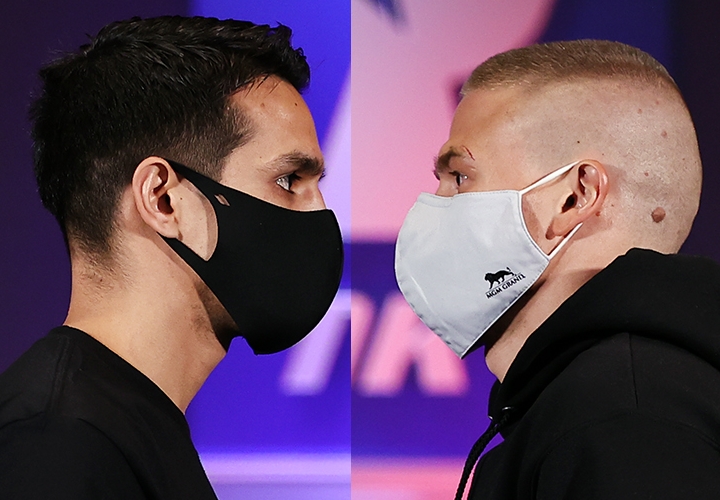 In the co-feature, unbeaten lightweight sensation Gabriel Flores Jr. will take on Ryan "The Polish Prince" Kielczweski in a 10-rounder. 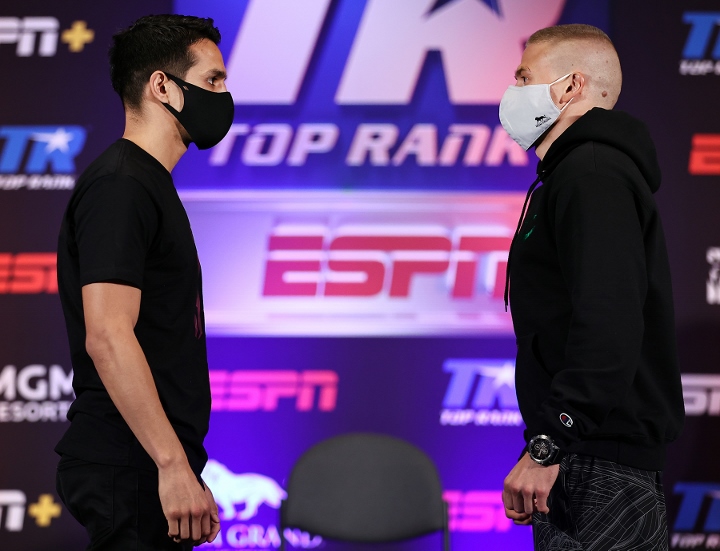 Zepeda and Baranchyk were scheduled to meet inside the “Bubble” July 7, but a training injury to Baranchyk forced a postponement. Zepeda, a two-time world title challenger, instead fought Kendo Castaneda on July 7, cruising to a unanimous win. 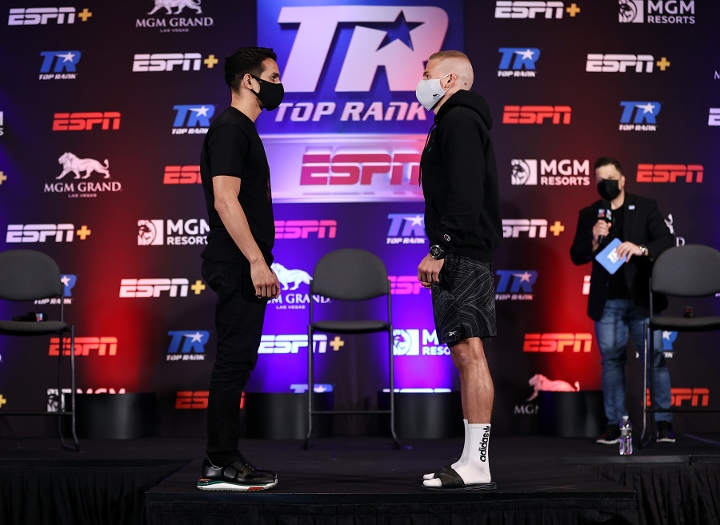 Baranchyk formerly held the IBF junior welterweight world title, defeating Anthony Yigit via seventh-round TKO to pick up the vacant title in October 2018. In May 2019, he was dethroned by current WBA/IBF world champion Josh Taylor in a competitive 12-round battle. He rebounded last October with a fourth-round stoppage over Gabriel Bracero at Madison Square Garden. The winner of this bout will be ranked No. 1 by the WBC at 140 pounds for the belt currently held by Jose Ramirez. 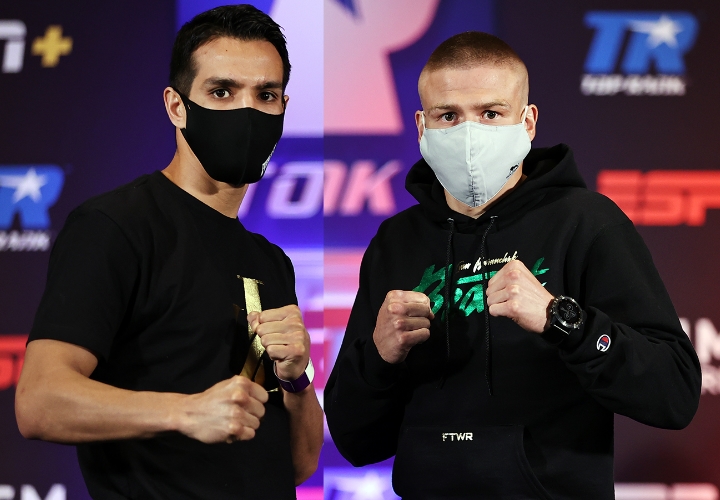 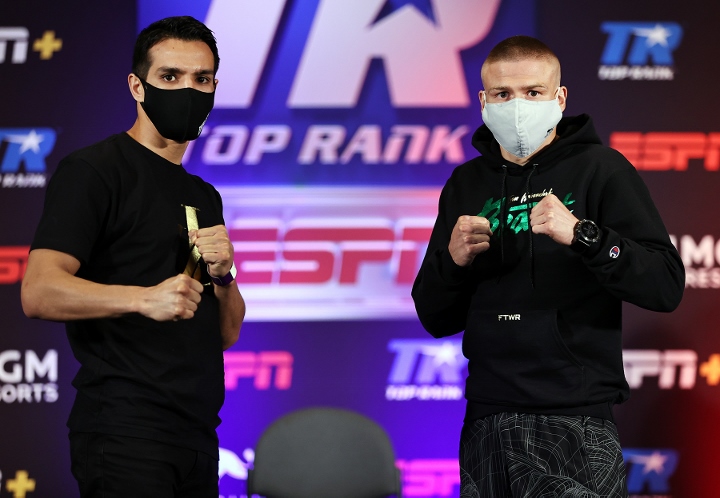 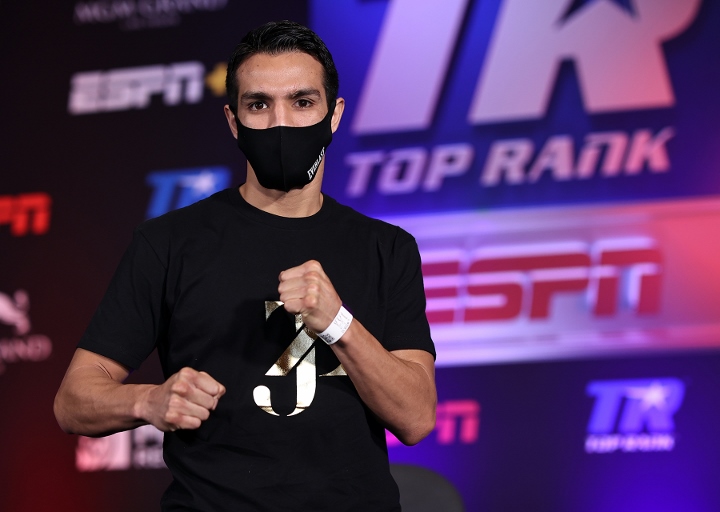 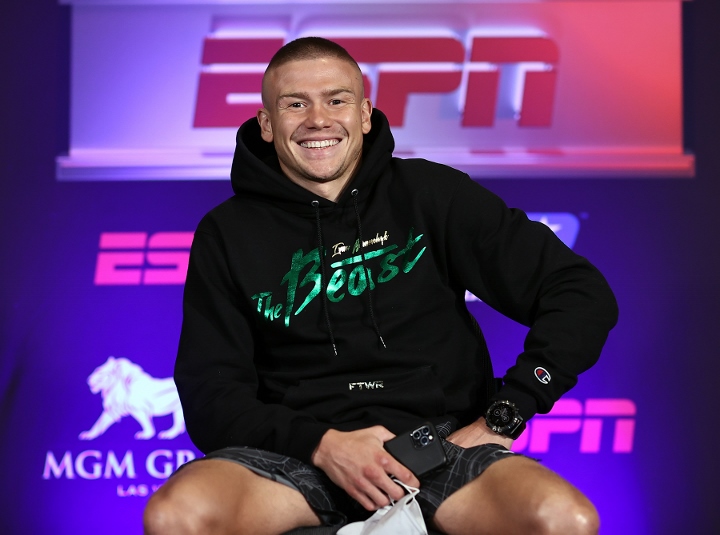 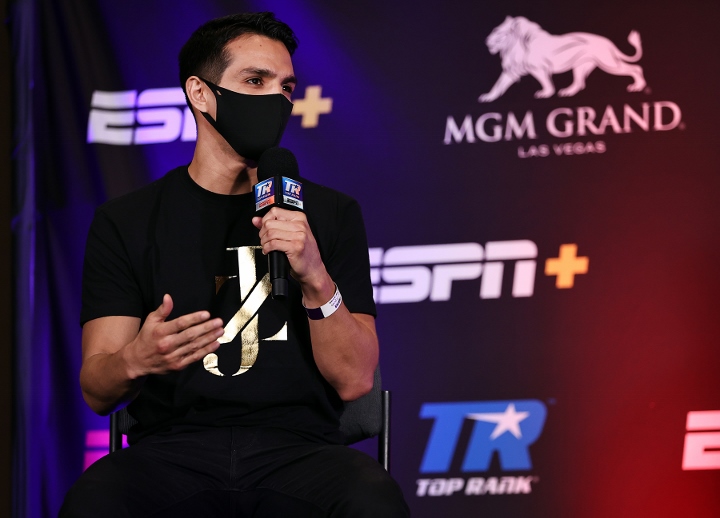 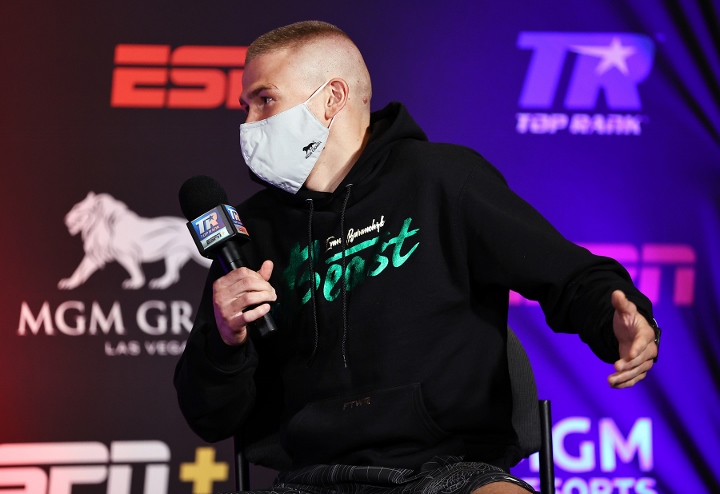 Zepeda vs Baranchyk is now for a 12 round WBC eliminator at 140. I expect a close war! Ivan is a really strong fighter, but i think the southpaw Zepeda have better tools overall. Chon by SD

Pretty good matchup. I wouldn't be surprised if Zapeda takes it for the upset. Baranchyk, although tenacious and very tough, is soooo one dimensional.

You can clearly see that it's a fresh cut on Ivan. Hope it doesn't come into play in the fight.

Zepeda sees the cut. He's going for it.

when will the winner get a title shot if Taylor-Ramirez isnt happening this year, not earlier than june 2021 i suppose and thats if there is no immediate rematch between Taylor and Ramirez