DeGale (25-2-1, 15 KOs) measured 166 pounds while his fierce rival tipped the scales at 167 pounds for their all-British grudge match.  At stake for both men in the long-awaited showdown are British bragging rights, but more importantly a chance for another world title shot in the deep super middleweight division. 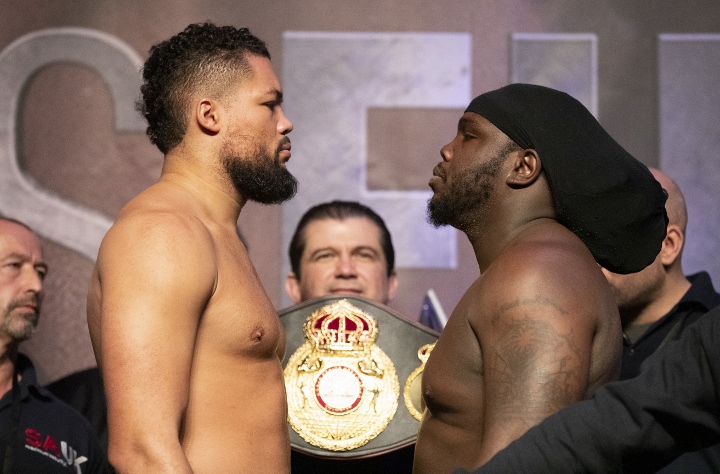 “I’m in the best shape I’ve been for a long, long time,” said DeGale, who reigned as champion for more than two years.  “When I feel like I feel no one can beat me.” 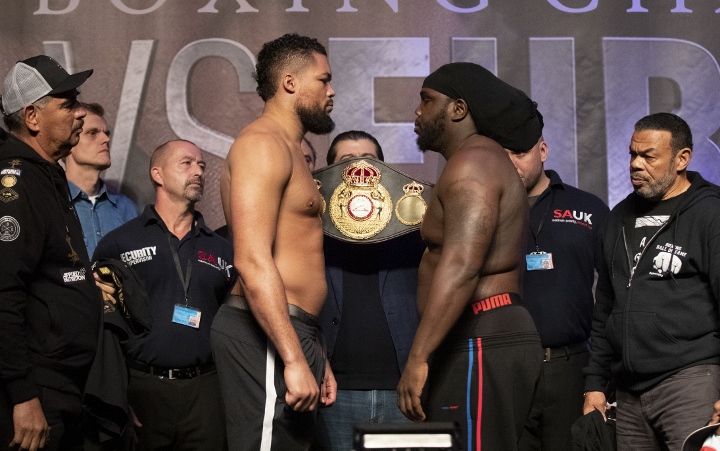 Eubank Jr., the son of British legend and former two-division champion Chris Eubank Sr., has faced champions George Groves and Arthur Abraham and is now seeking a signature win against DeGale, the first British boxer to win an Olympic gold medal and a world championship. 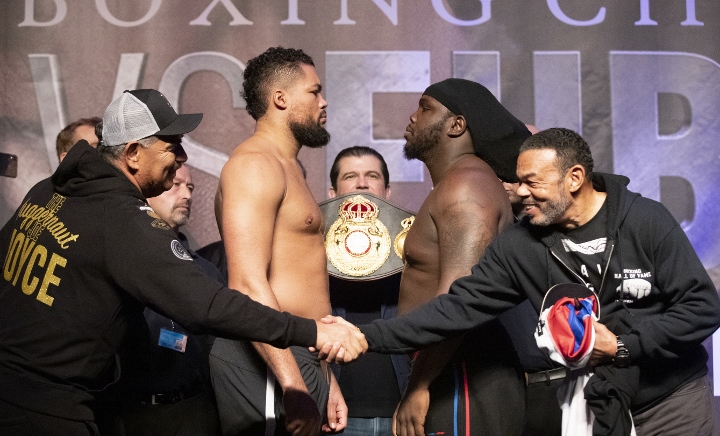 “I know this is the defining fight of my career,” Eubank Jr. said.  “Beating James DeGale sets me up for a world title, which is the whole reason I started in this game.” 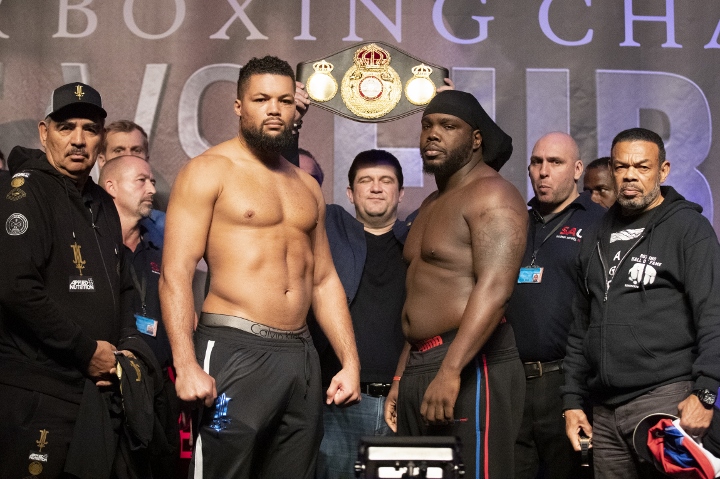 Undefeated heavyweight Joe Joyce has knocked out all seven of his professional opponents but will face the toughest test of his professional career in Bermane Stiverne, a former WBC Heavyweight World Champion and the first fighter to push reigning champion Deontay Wilder the distance.  The 2016 Olympic Silver Medalist Joyce (7-0, 7 KOs) measured 265 pounds while Stiverne tipped the scales at a career-high 273 pounds for their 12-round bout for the British Commonwealth Heavyweight Championship. 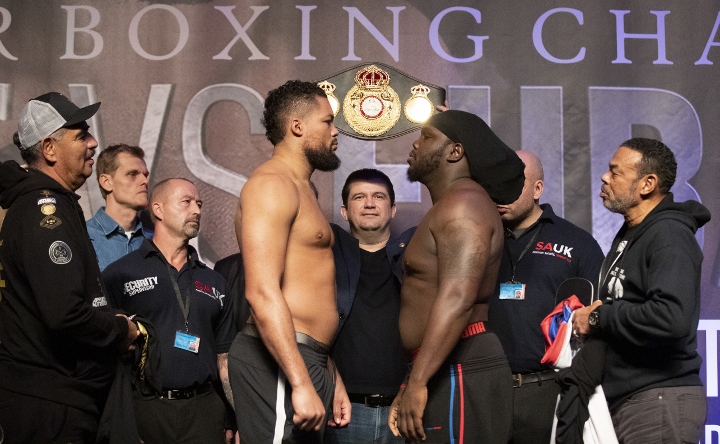 “Each fight is getting me closer and closer to a world title shot,” said Joyce, who is hoping to join Lennox Lewis, Tyson Fury and Anthony Joshua as recent winners of the British Commonwealth Heavyweight Title.  “This is quite a step up for me but I’m confident that towards the end of the year my name will be amongst the top five heavyweights in the world.” 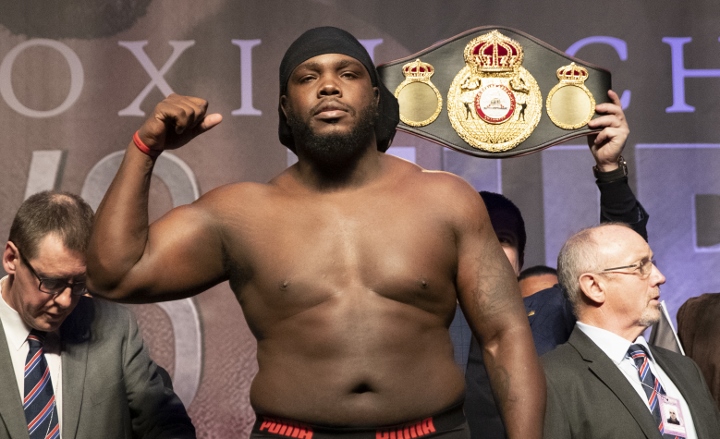 Stiverne (25-3-1, 21 KOs) is looking to bounce back from a one-sided defeat to Wilder in a 2017 rematch and prove that he’s still a threat in the deep and vibrant heavyweight division. 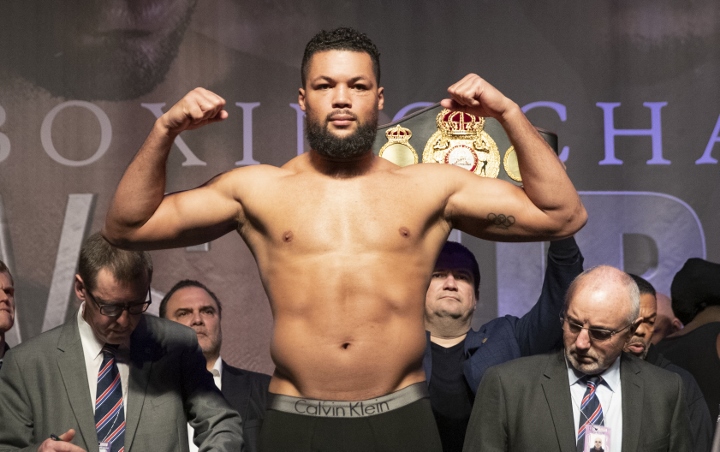 “That’s why I’m hungry,” Stiverne said on Friday.  “I feel I have more to offer in this division.” 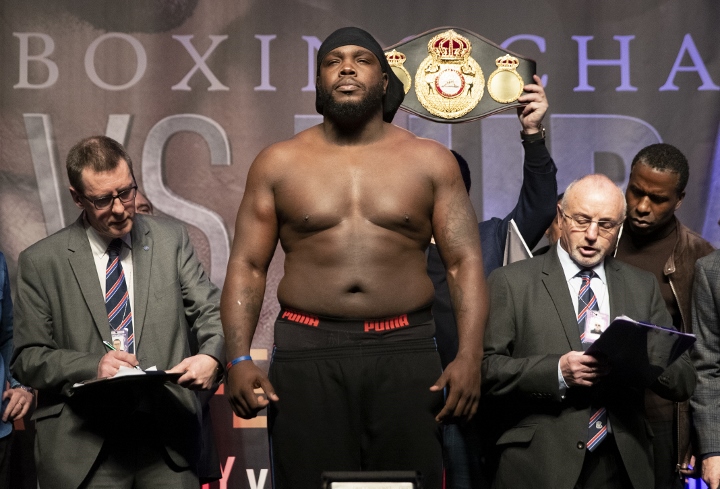