Before a lively crowd in San Antonio, Jessica McCaskill retained her undisputed welterweight crown after blasted away at Alma Ibarra, who refused to come out for the fourth round. (photos by Ed Mulholland) 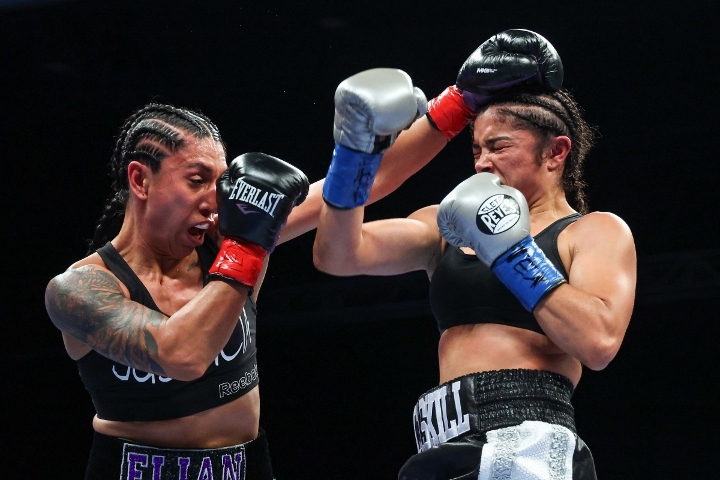 Ibarra was rocked in each of the first three rounds and appeared to have been mentally broken in rapid fashion - as she told her trainer that she wanted to go home. 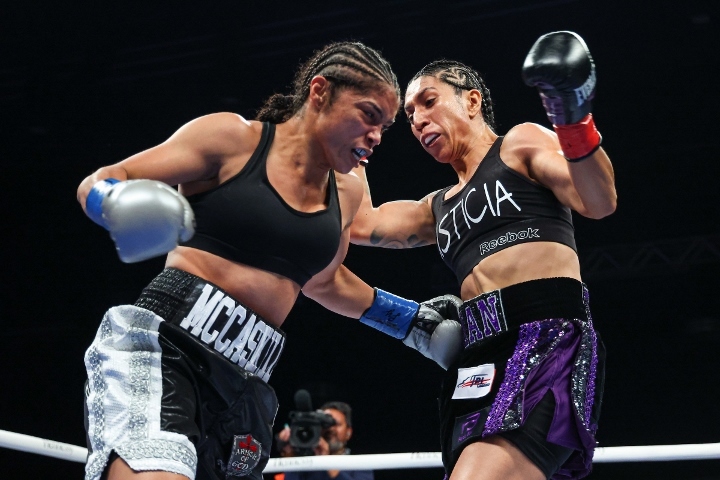 Also on the card, Murodjon Akhmadaliev dropped and stopped Ronny Rios in the final round of his defense of his WBA and IBF World Super-Bantamweight titles. 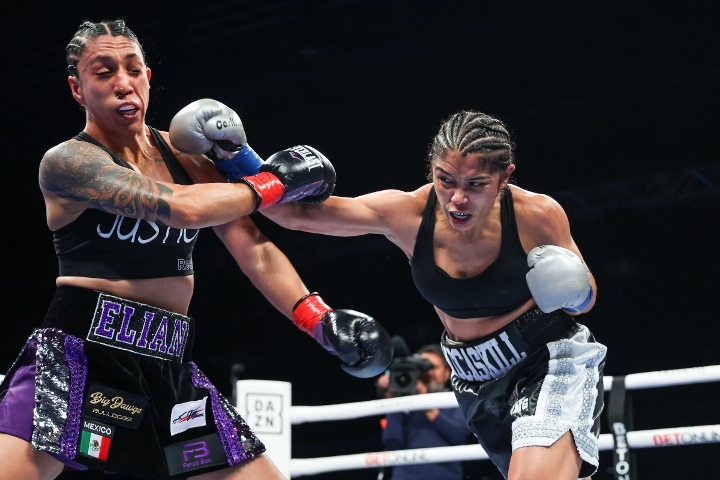 Raymond Ford’s rise continued as he added the IBF North American Featherweight title to his WBA Continental Americas title with a wide ten round points win over Richard Medina. 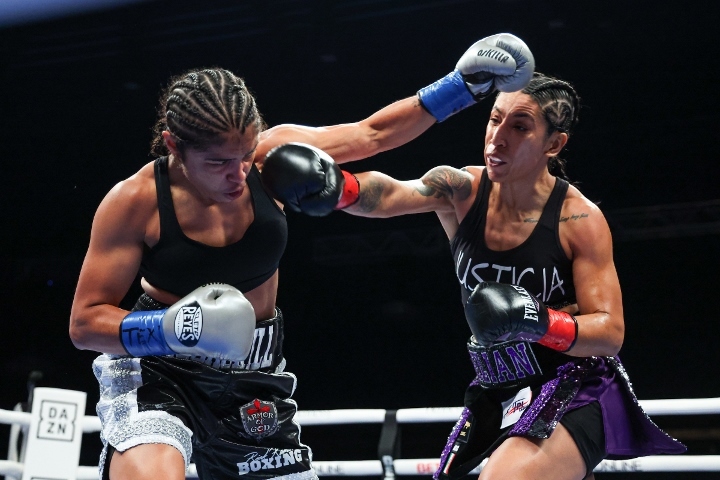 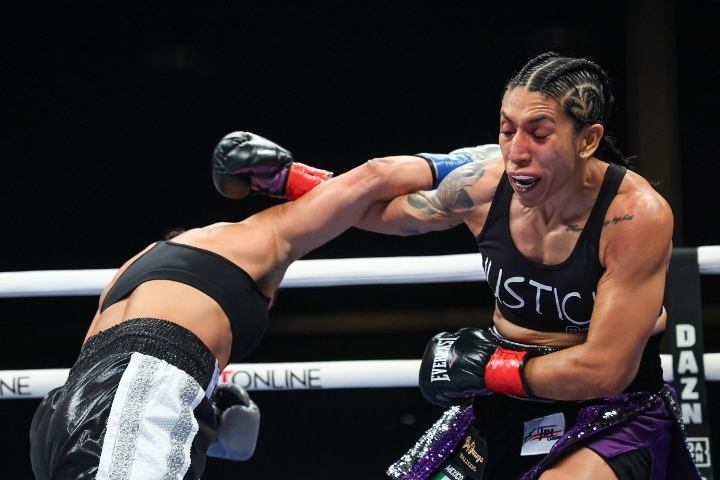 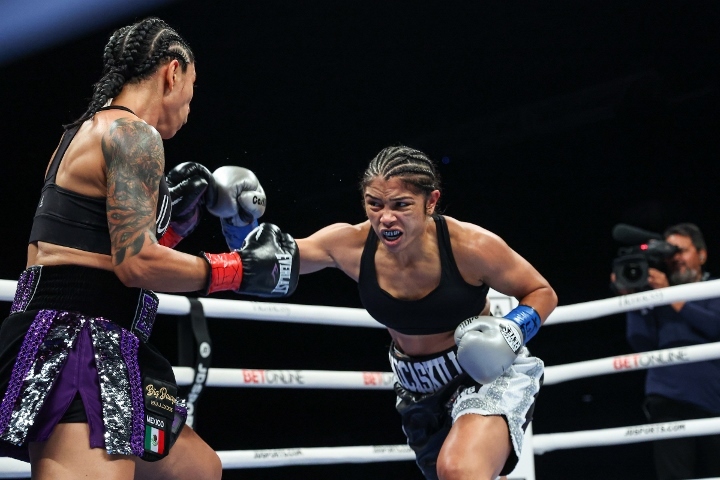 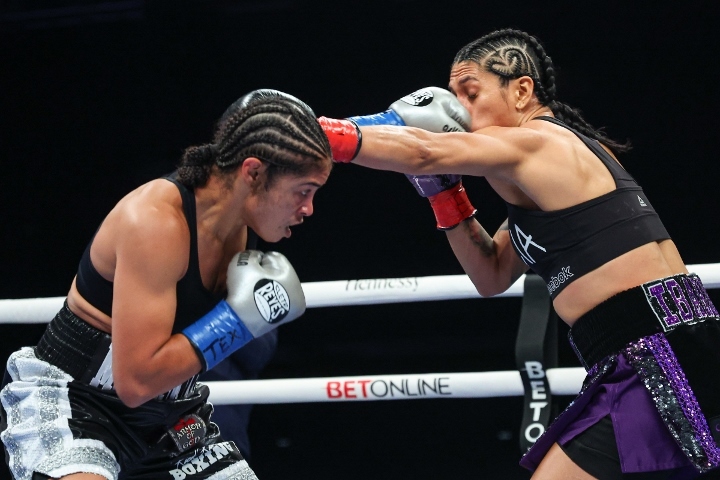 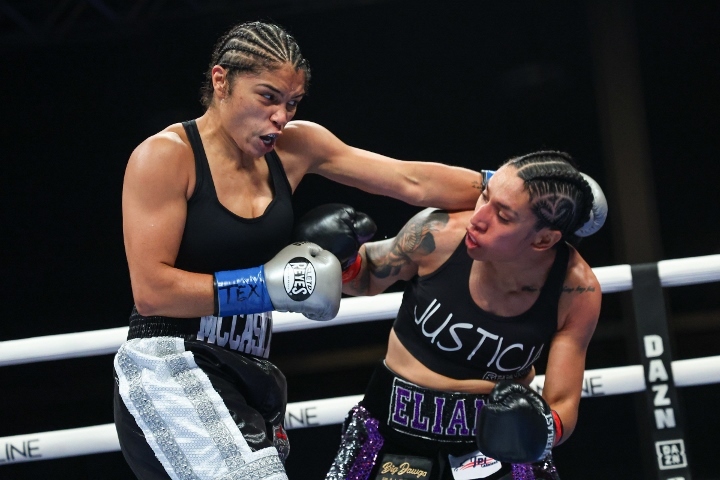 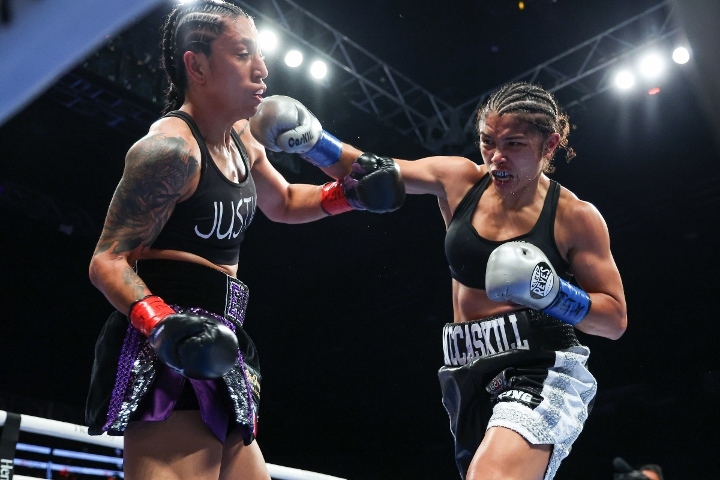 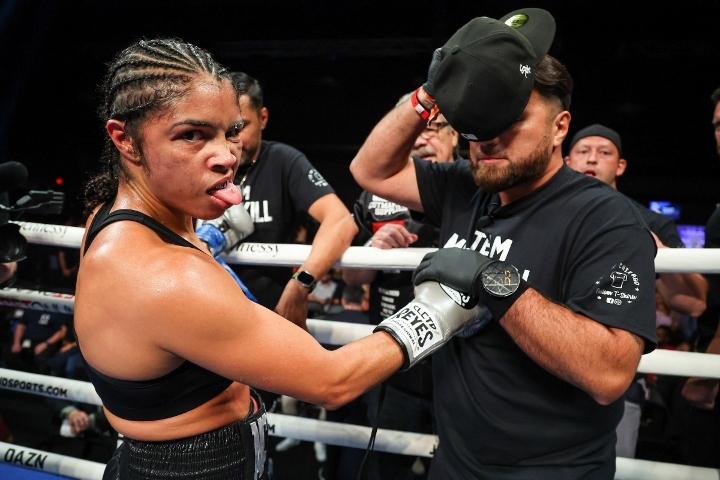 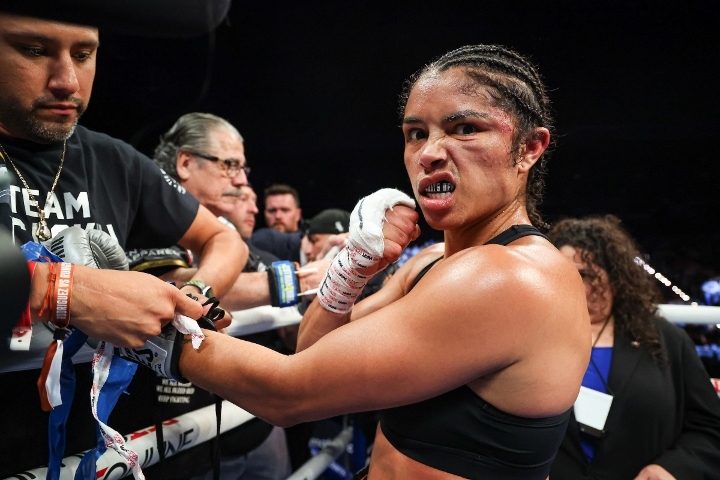 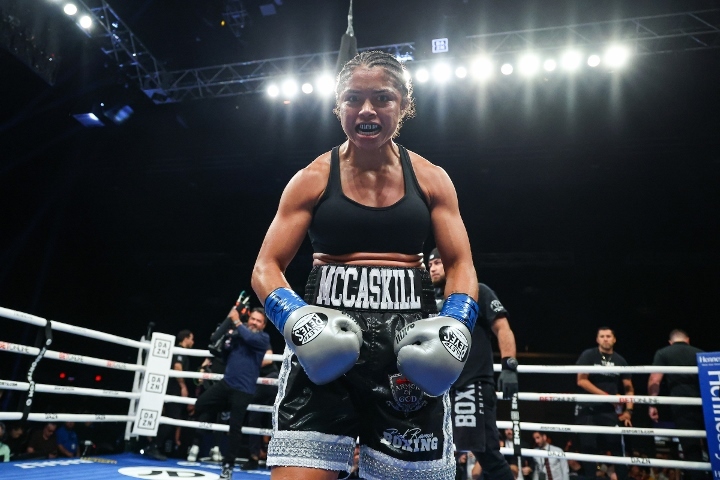 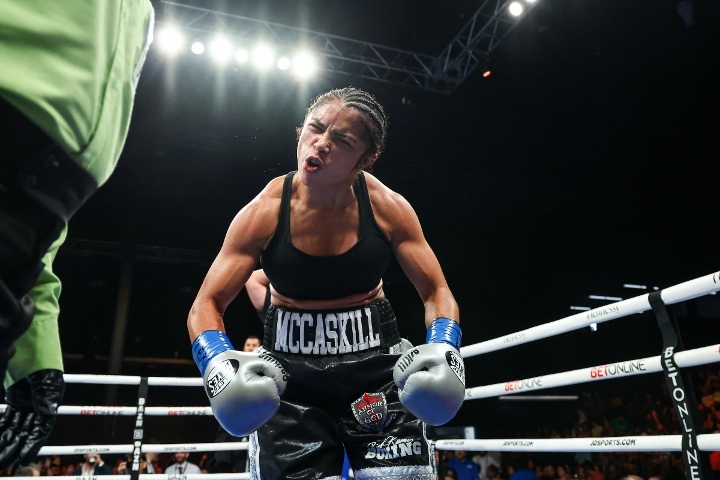 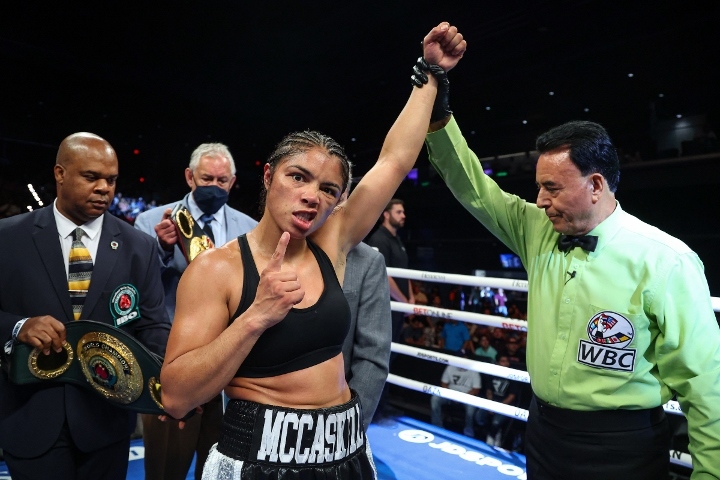 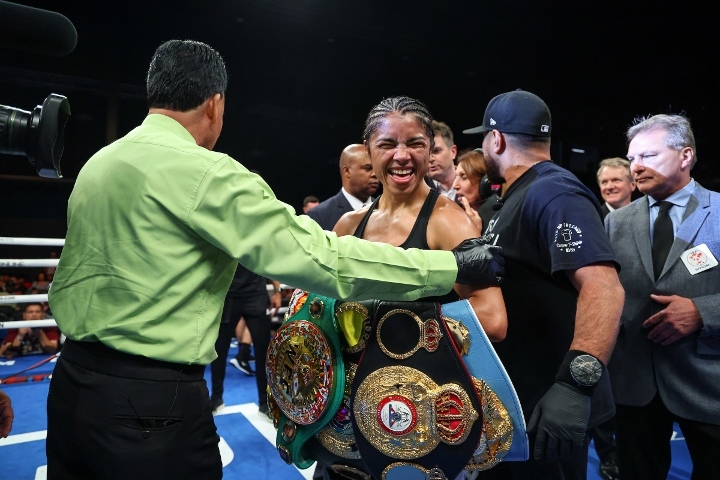 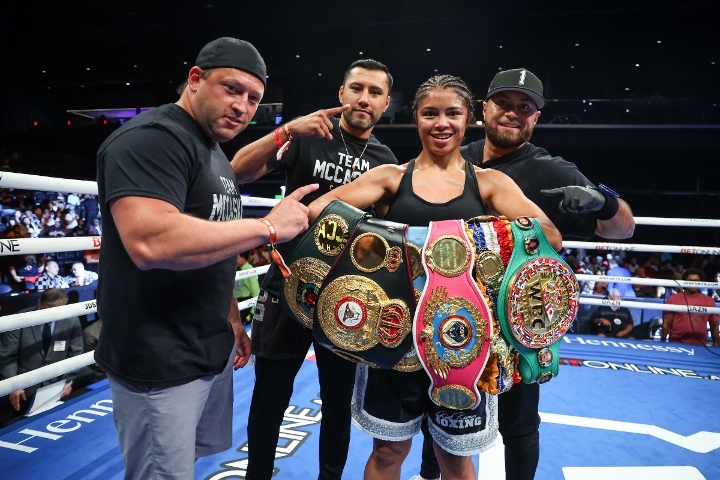 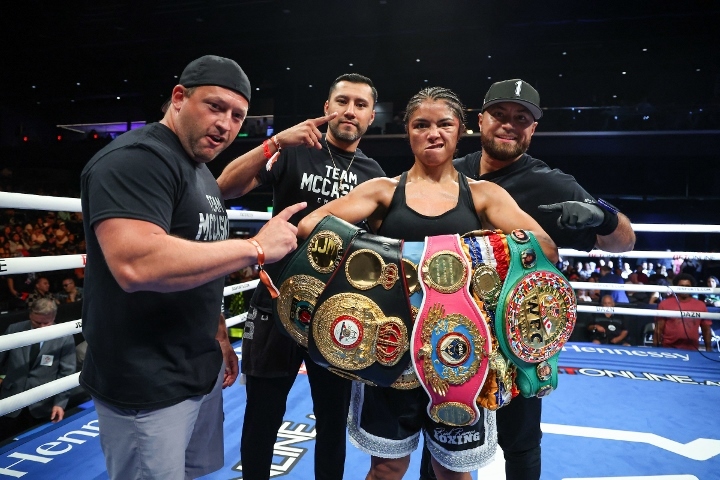