Jessica McCaskill retained the lineal/WBC/WBA/IBF/WBO welterweight championships by overwhelmed Calgary’s Kandi Wyatt, scoring a seventh-round stoppage to defend her crown. No knockdowns were scored but McCaskill was in full control before the fight was mercifully halted at 0:19 of round seven in their DAZN-televised bout Saturday evening at MGM Grand Garden Arena in Las Vegas. (photos by Ed Mulholland)

In round seven, consecutive punches from McCaskill was enough for the referee to step in and rescue Wyatt (10-4, 3KOs) from absorbing additional punishment. 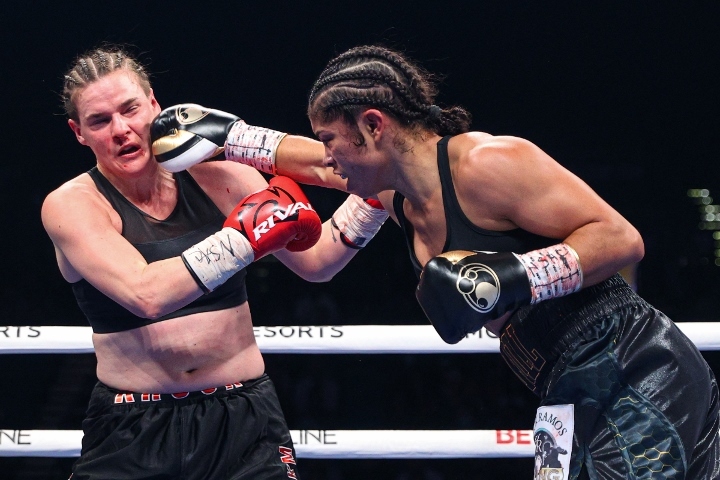 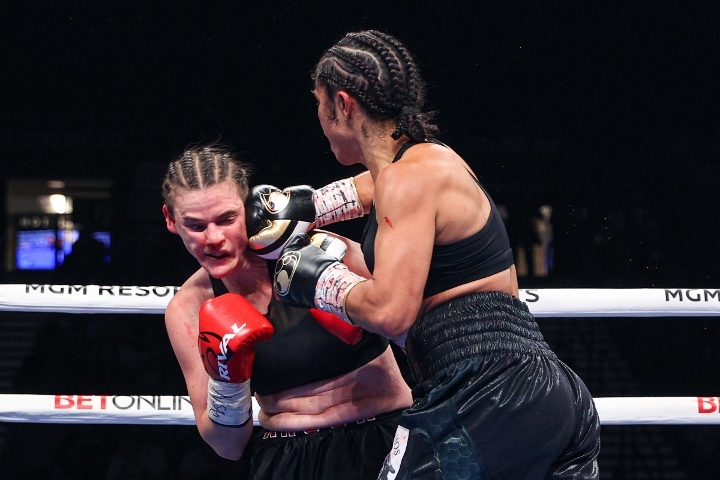 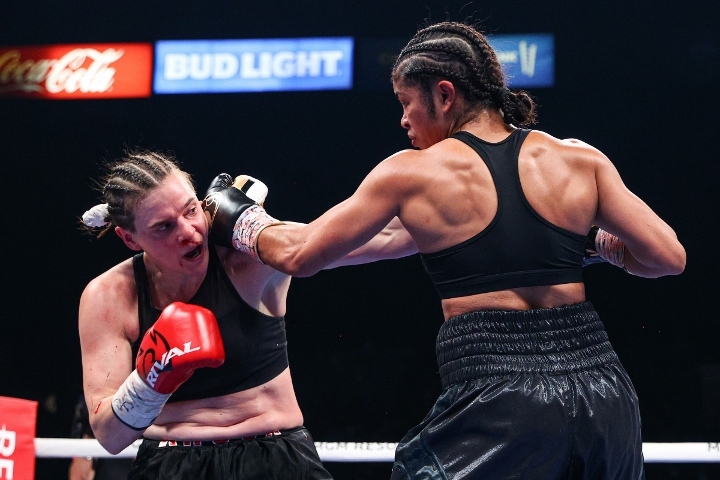 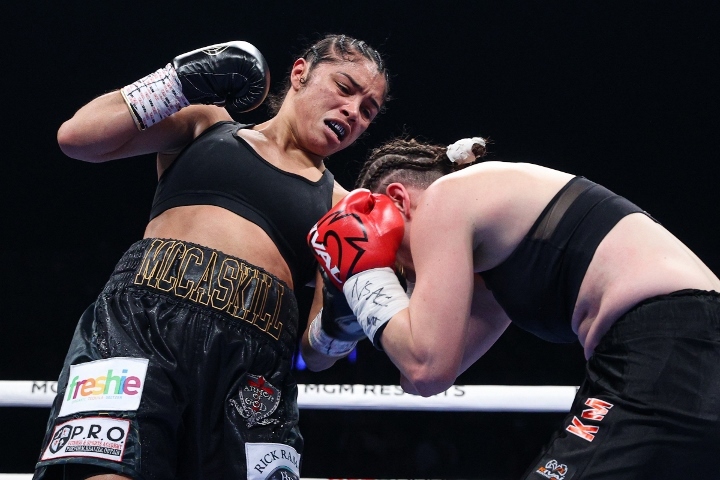 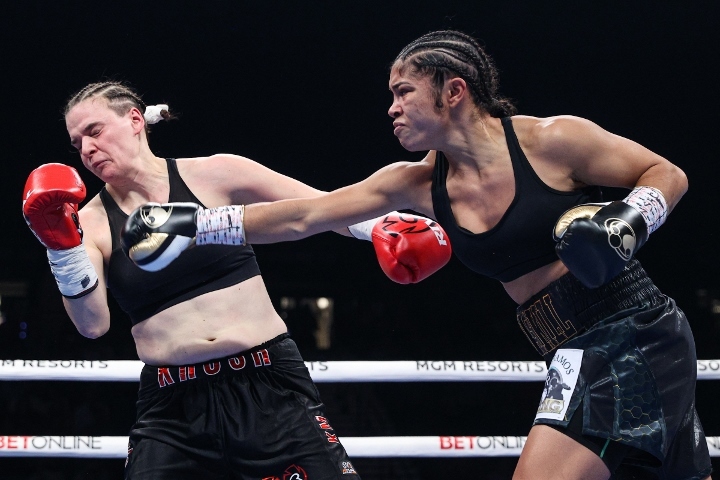 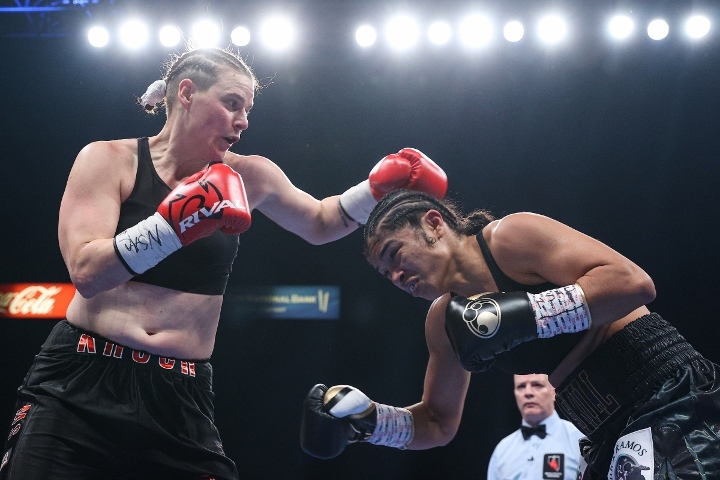 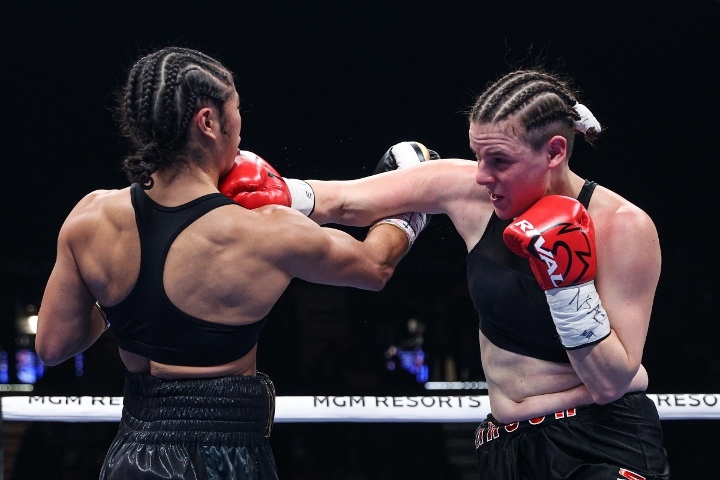 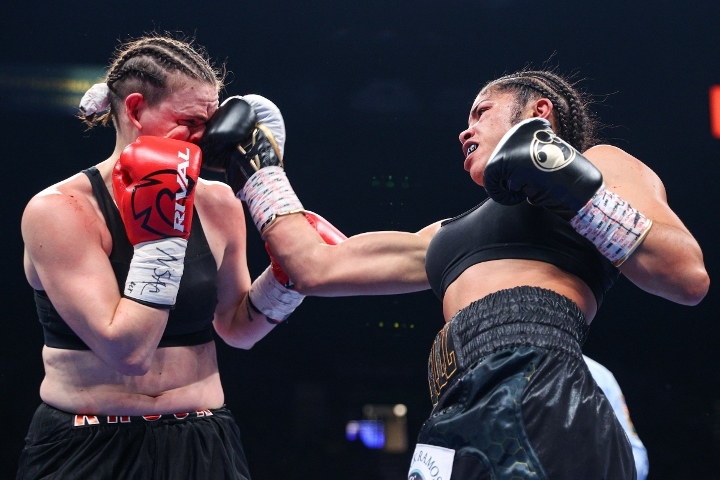 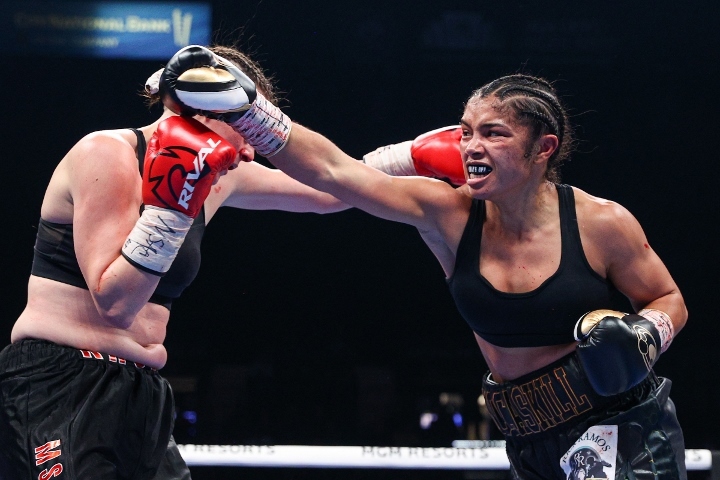 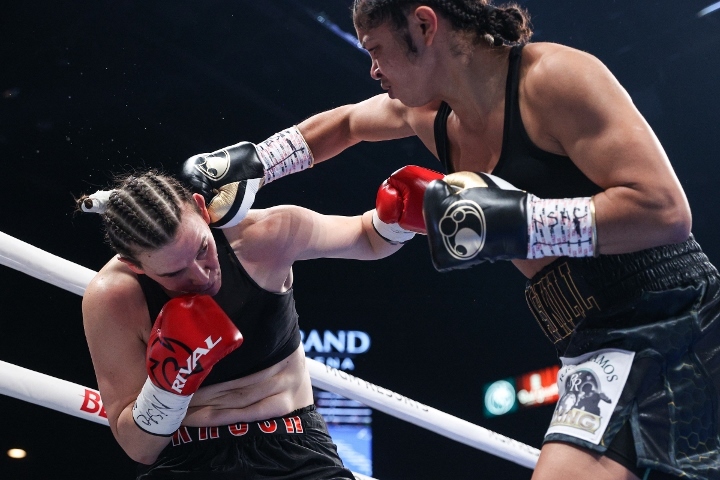 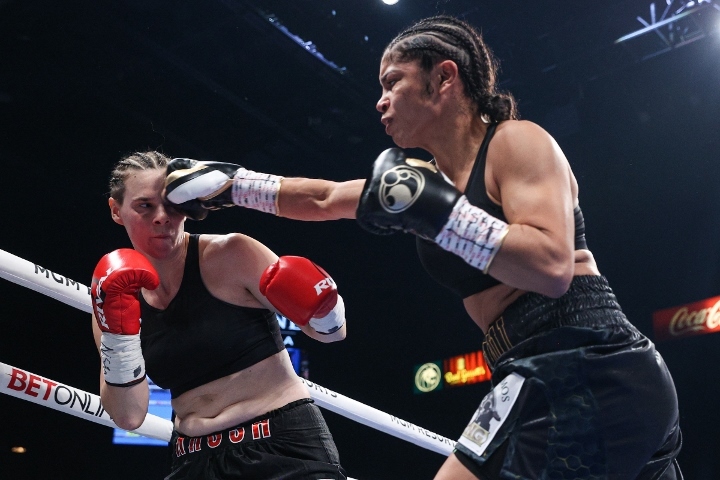 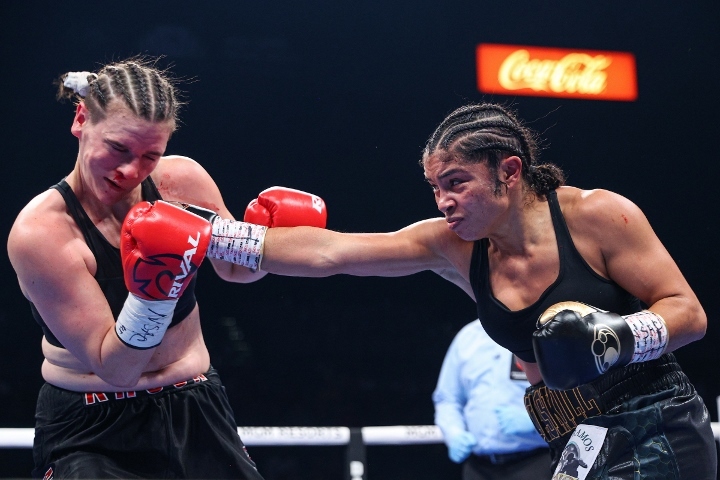 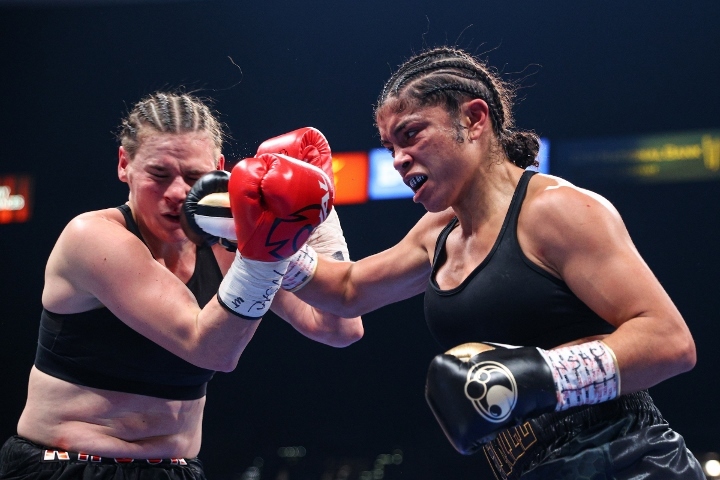 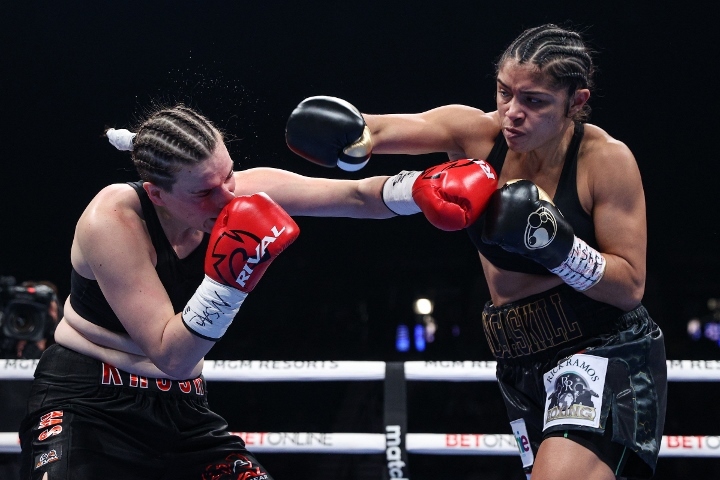 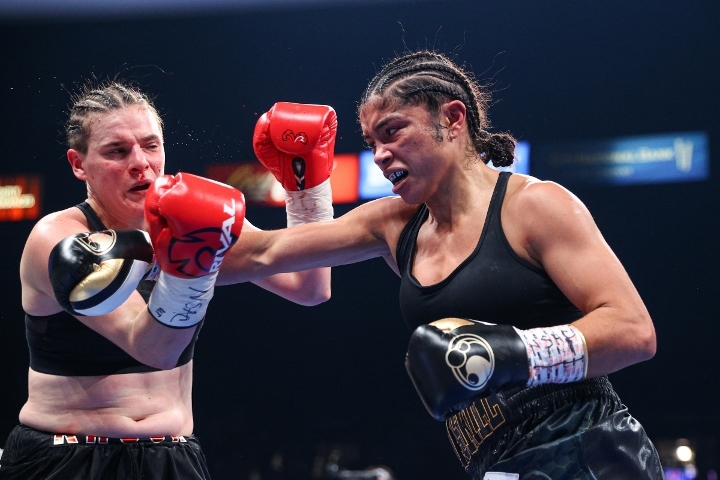 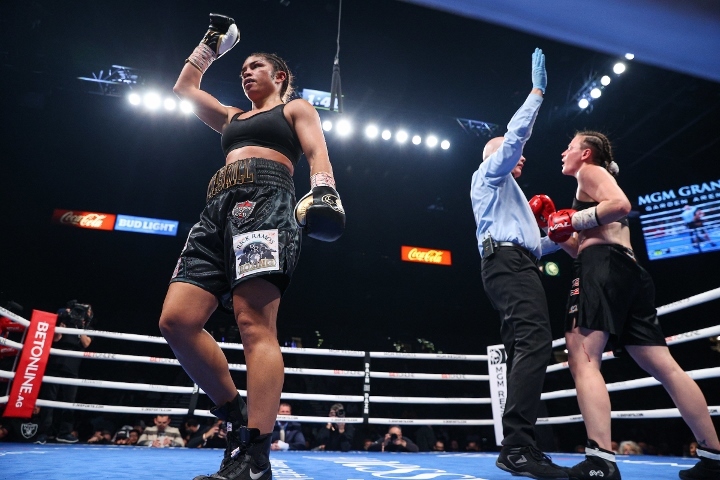 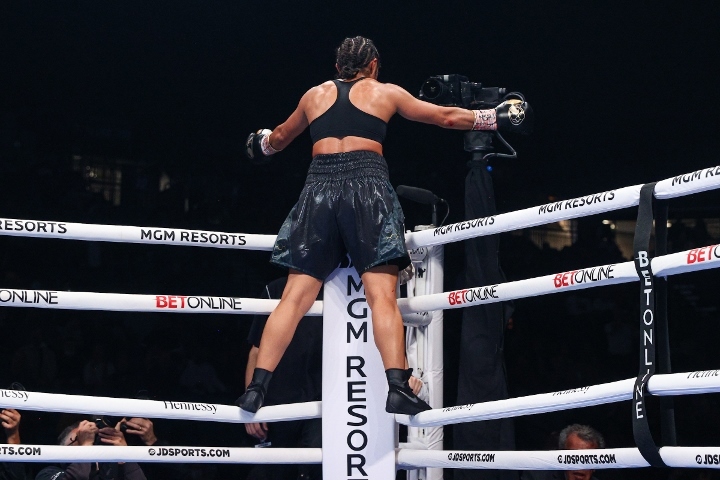 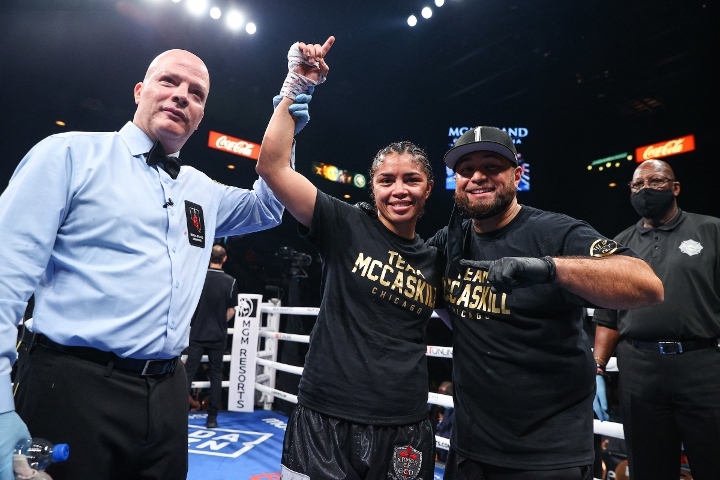 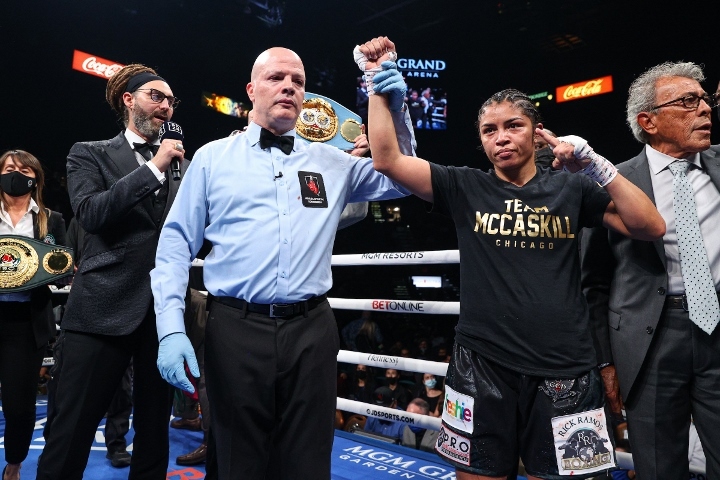 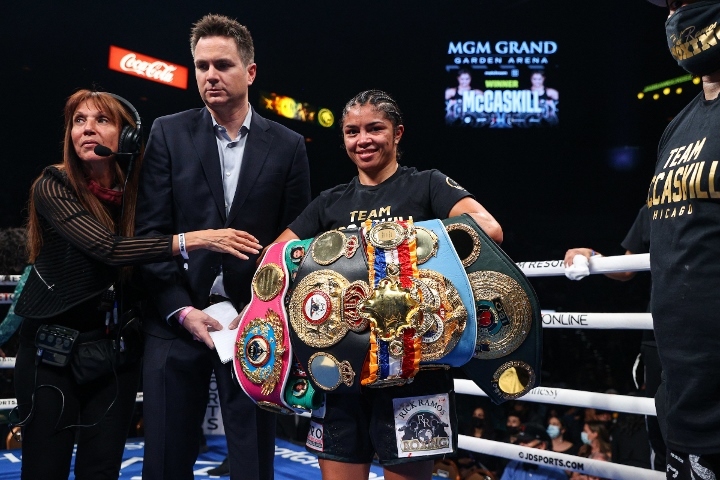 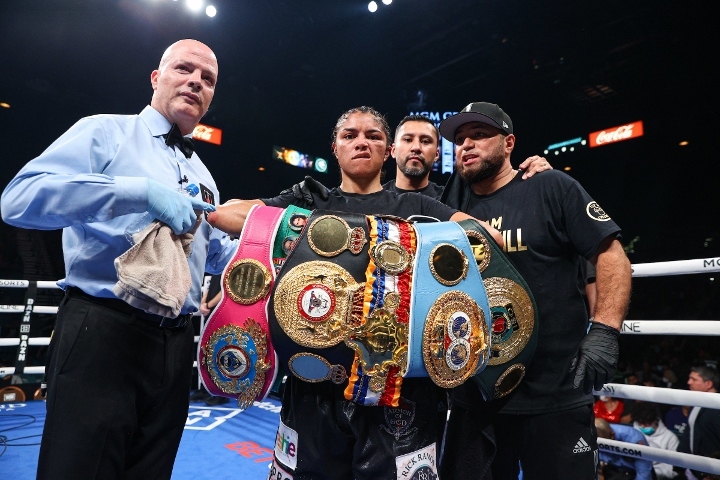