Undefeated rising welterweight star Jaron “Boots” Ennis and former world champion Sergey Lipinets are ready for their 12-round welterweight showdown. They met face to face on Friday, when they made weight before they square off in the main event live on SHOWTIME this Saturday, April 10 from Mohegan Sun Arena in Uncasville, Conn. in a Premier Boxing Champions event. (photos by Amanda Westcott)

Also ready for their respective clashes are unbeaten Eimantas Stanionis and hard-hitting Thomas Dulorme, who meet in a 12-round WBA Welterweight Title Eliminator in the co-feature, and IBF Junior Bantamweight World Champion Jerwin “Pretty Boy” Ancajas and Mexico’s Jonathan Rodriguez, who will kick off the tripleheader with a title fight at 9 p.m. ET/6 p.m. PT on SHOWTIME. 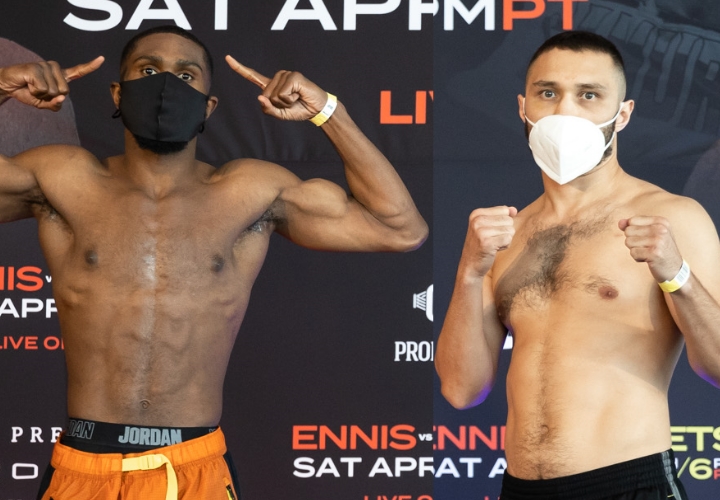 The event is promoted by TGB Promotions. Ennis vs. Lipinets is promoted in association with D&D Boxing. 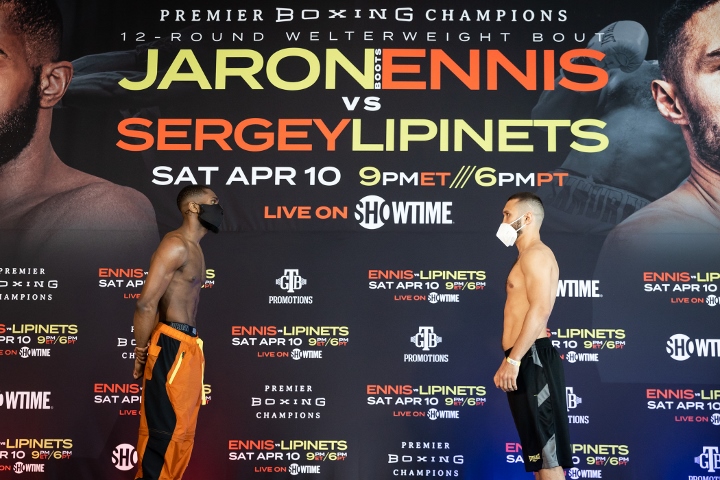 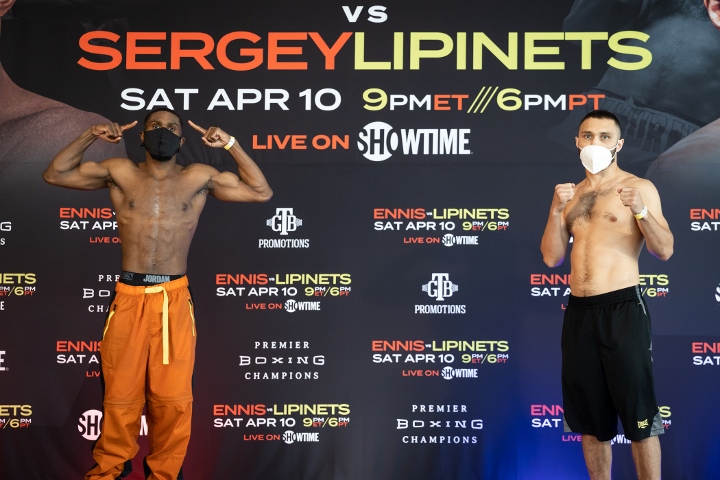 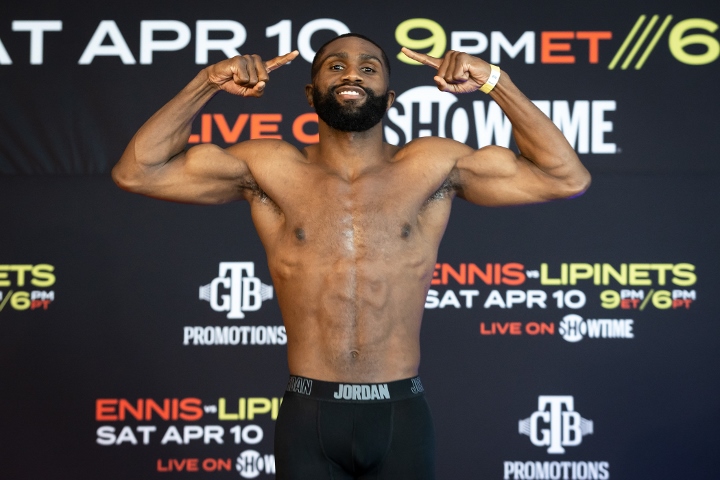 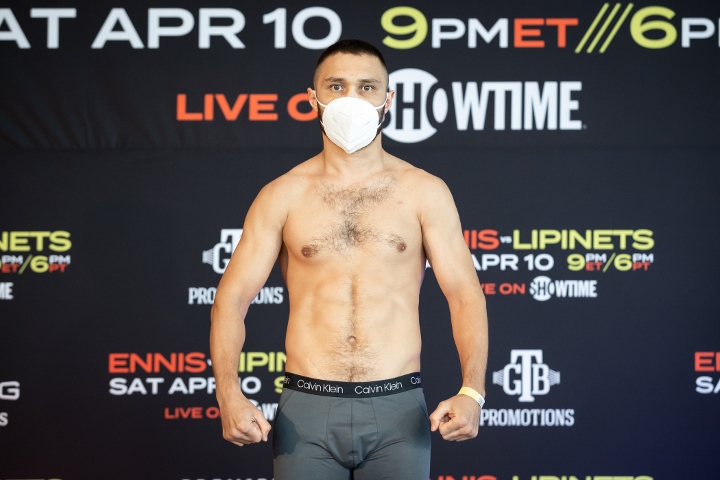 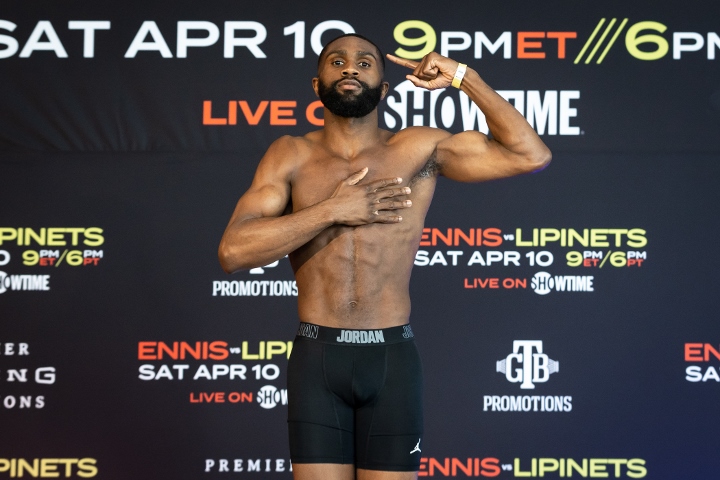 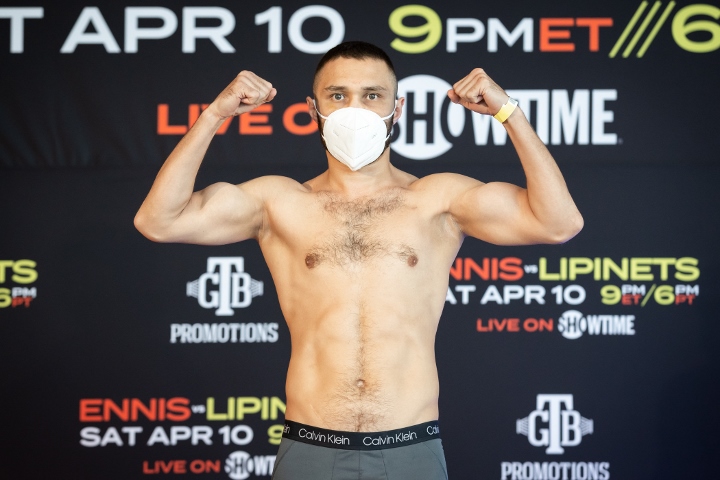 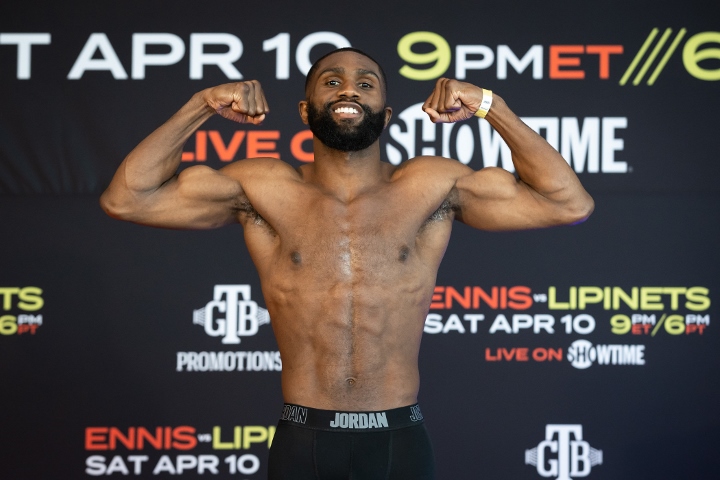