At the Footprint Center in Phoenix, Arizona - Jamie Mitchell (8-0-2 5 KOs) impressed in the first defense of her WBA Bantamweight title against Carly Skelly (4-1-1), landing a dominant fourth round stoppage win. Skelly hit the canvas hard in the final seconds of the opening round, and Mitchell repeated the trick at the end of the second. (photos by Ed Mulholland) 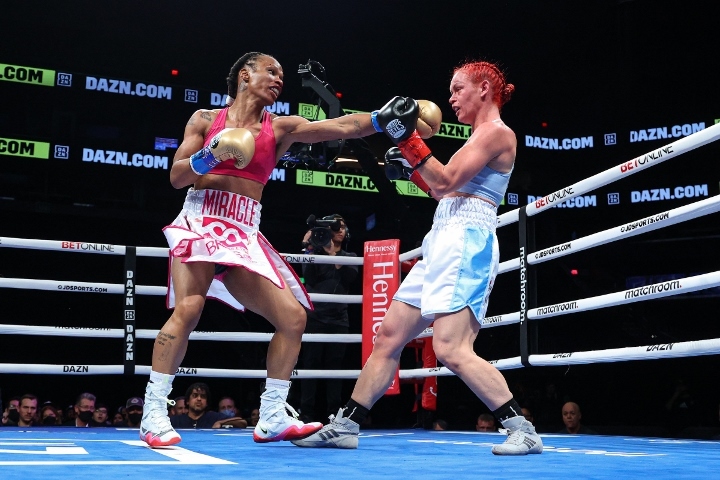 Mitchell captured the title back in October of last year, when she traveled over to the UK to shock Shannon Courtenay with a ten round decision. 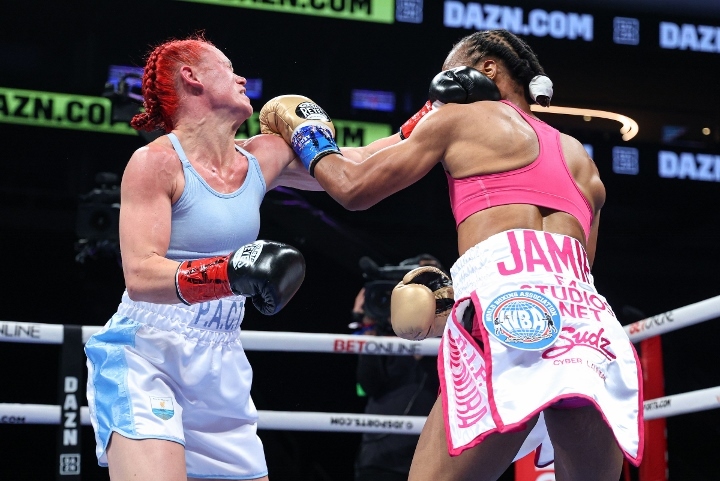 Somehow, the Briton made it back to her corner and through a third round, but a barrage in the fourth scrambled the senses one time too many and the referee ended proceedings – Mitchell’s right hand could be a real weapon at 118lbs. 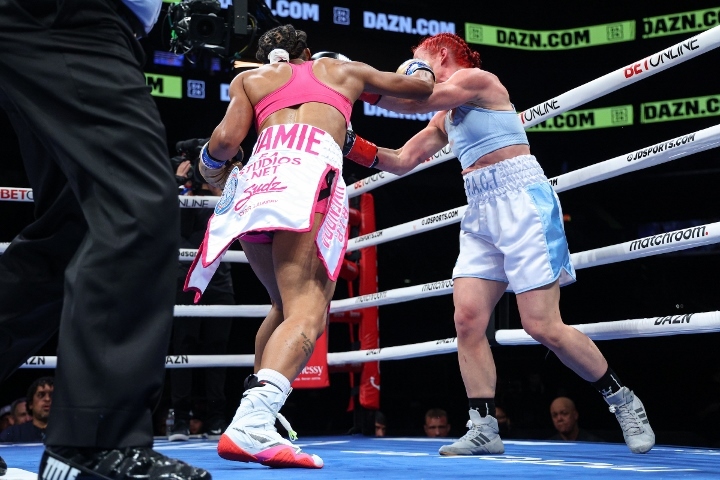 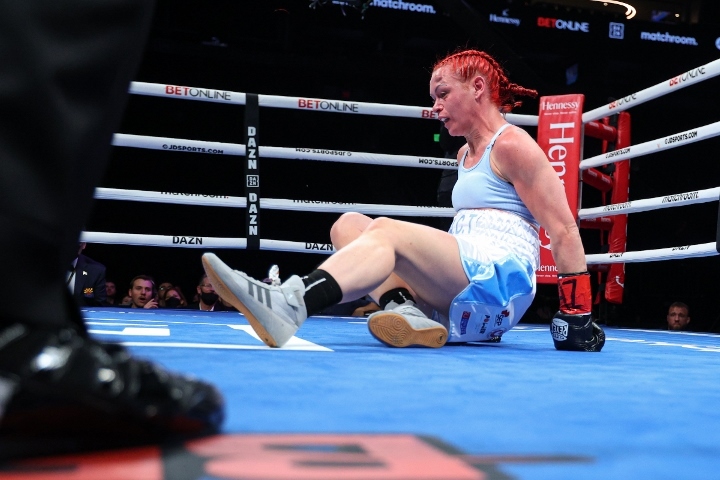 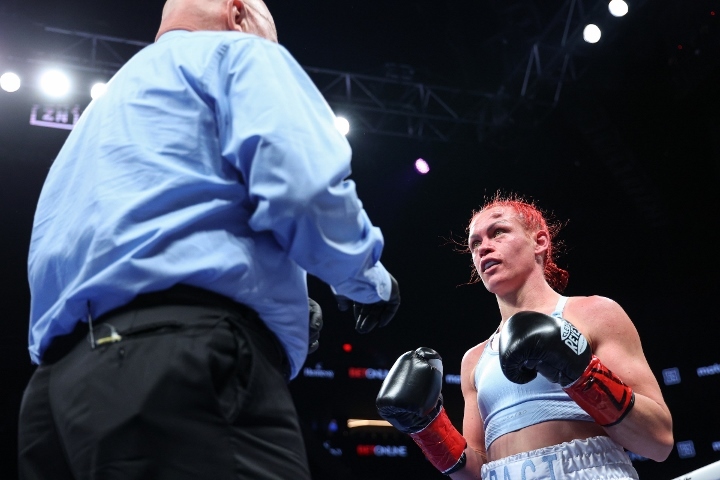 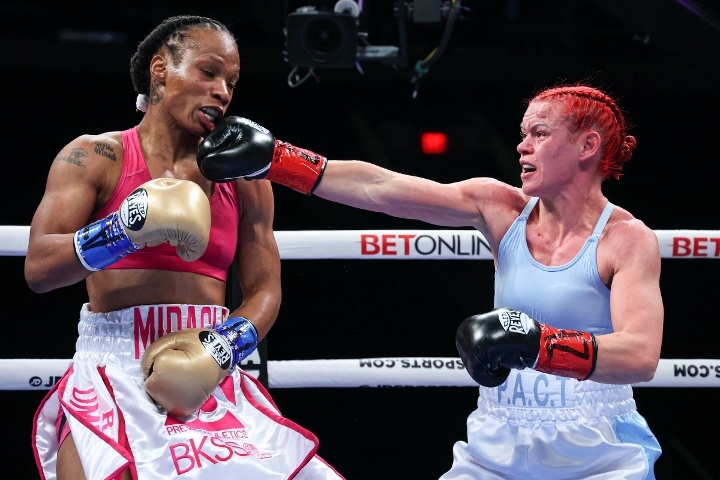 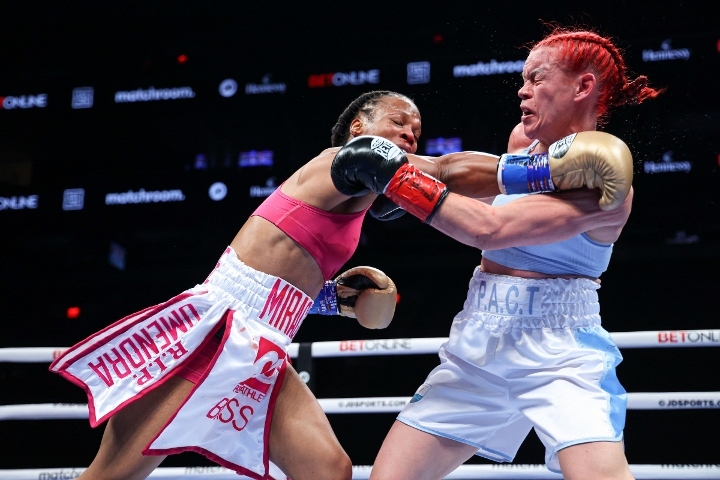 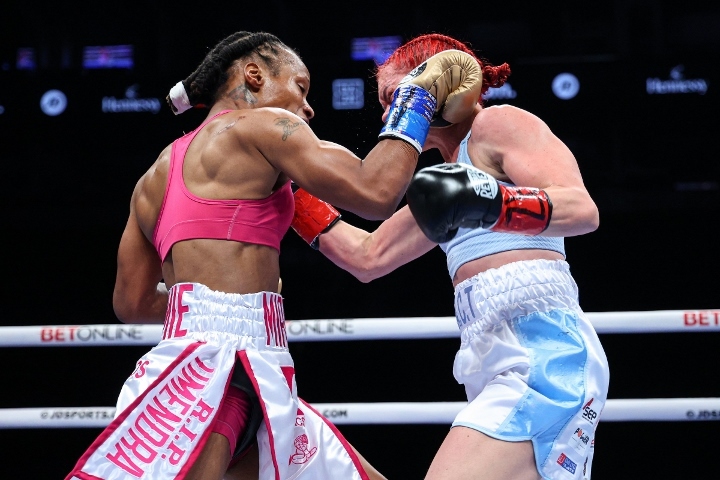 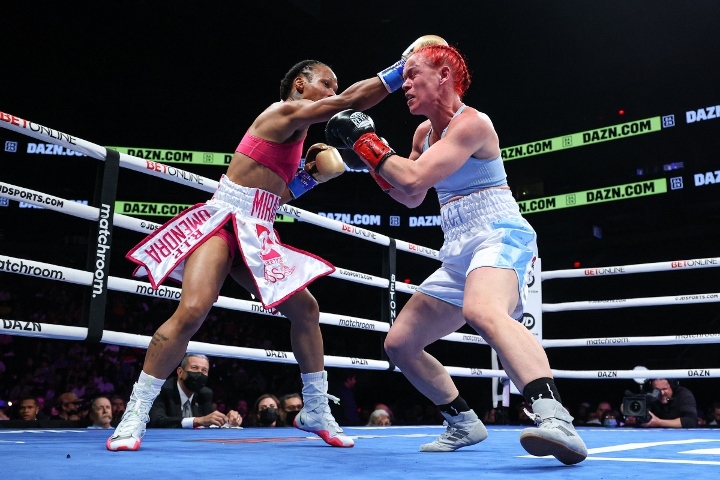 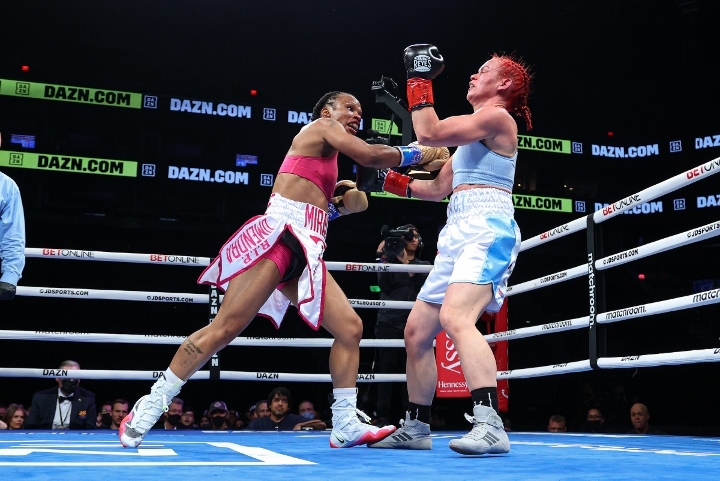 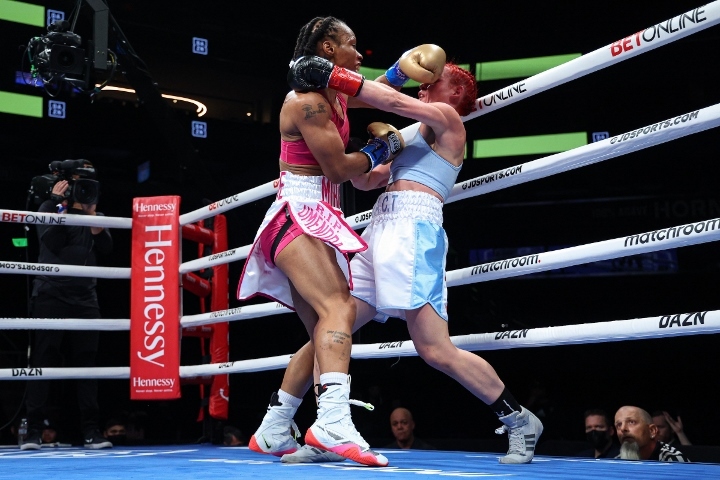 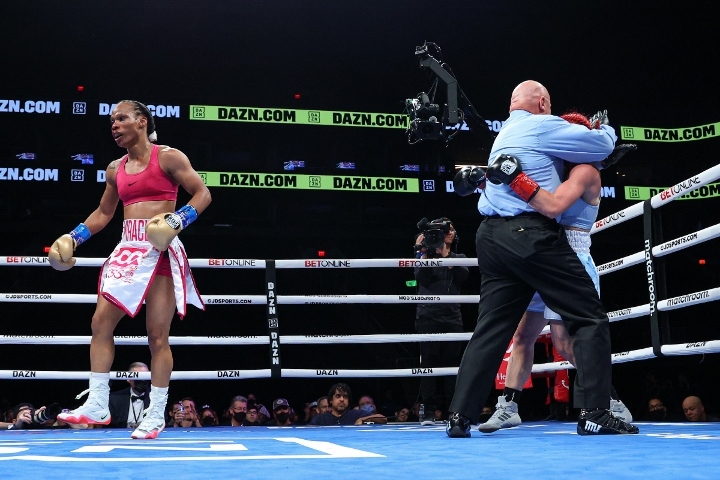 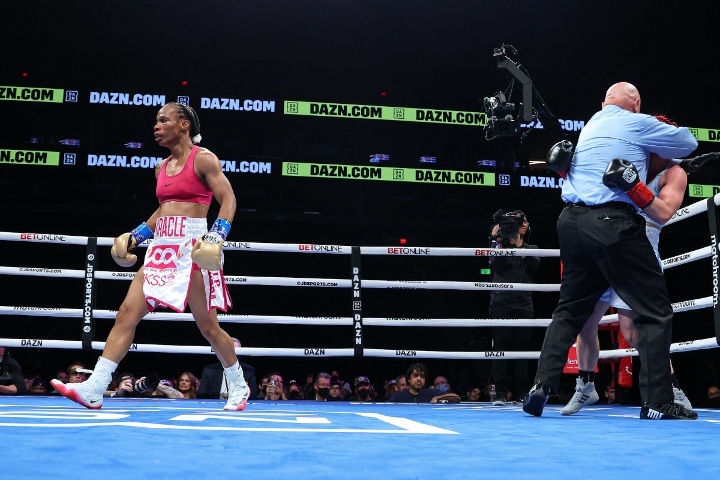 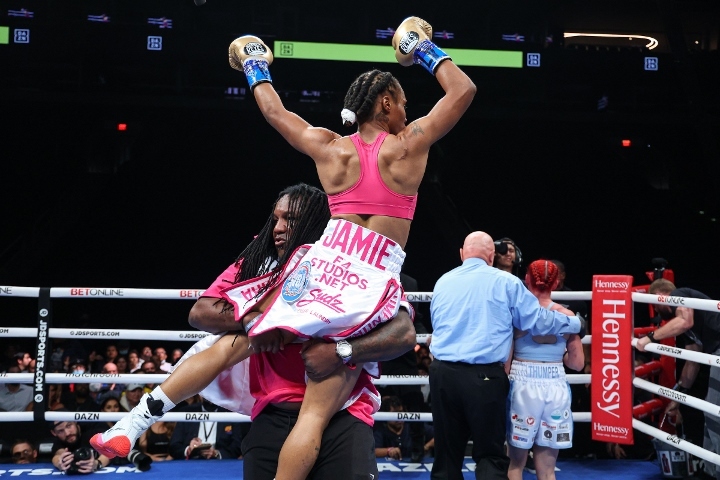 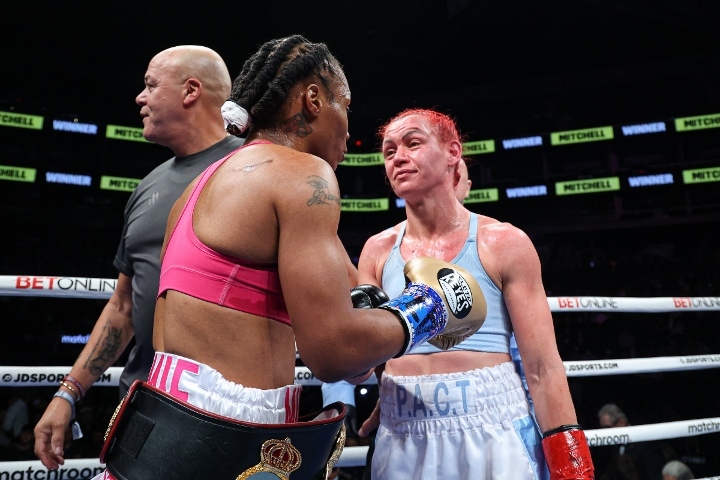 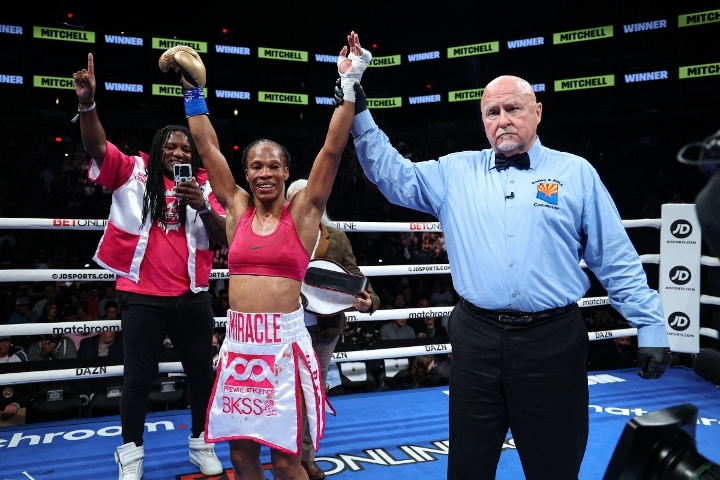 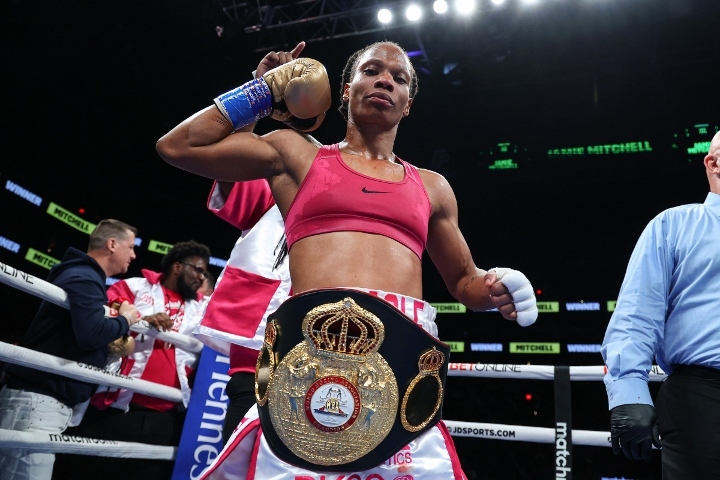 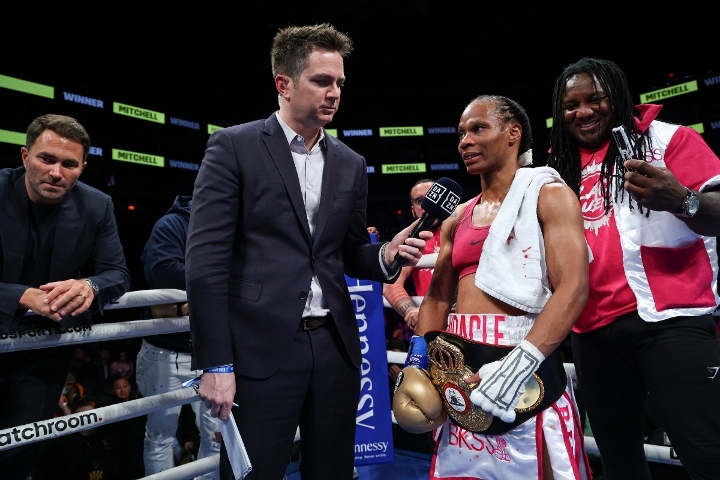