WBO Junior Middleweight World Champion Jaime Munguia (32-0, 26 KOs) and mandatory 154-pound challenger Dennis Hurricane" Hogan (28-1-1, 7 KOs) had their official weigh-in ahead of their 12-round fight for Munguia's title. They were joined by Oscar De La Hoya, Chairman and CEO of Golden Boy, along with Fernando Beltran, CEO of Zanfer Promotions, among others.The event will take place Saturday, April 13, 2019 at Arena Monterrey in Monterrey, Nuevo Leon, Mexico and will be streamed live exclusively on DAZN. (photos by Tom Hogan/Hoganphotos, Stacey Verbeek)

"I feel very happy and proud to be here. We have been advancing, little by little. had four very tough world title fights. We've been learning a lot, and we've been gaining a lot of experience during the past year.  I also want to say that I will leave everything in the ring this Saturday. I want you all to see a different Jaime Munguia, a better version with better abilities. I want to tell Dennis Hogan that this world title will stay in Mexico. He is not a better fighter than me. This fight is dedicated to all of Mexico!" 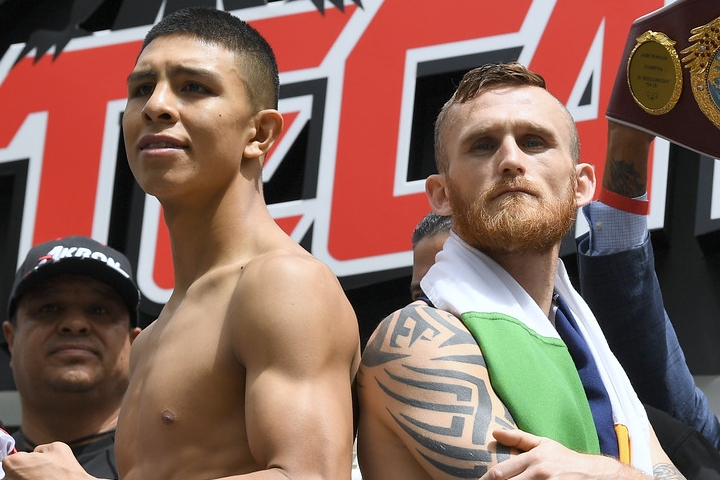 "I'm happy to be now as my chance to become world champion gets closer. I want to say that as an Irish man living in Australia who is fighting a Mexican in his own land, I am honored. I know that Ireland, Australia and Mexico are great boxing nations with people who always fight with determination and will. So, I know this will be an excellent fight for everyone in the world. I'm happy and proud to be part of it. To put the icing on the cake, I will be going out there to take that world championship. I'm winning on April 13." 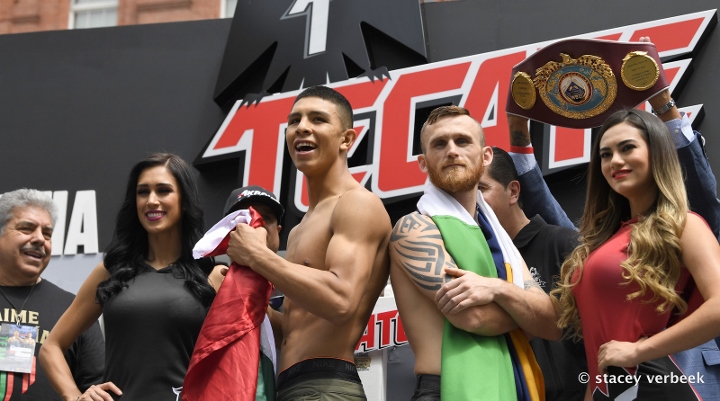 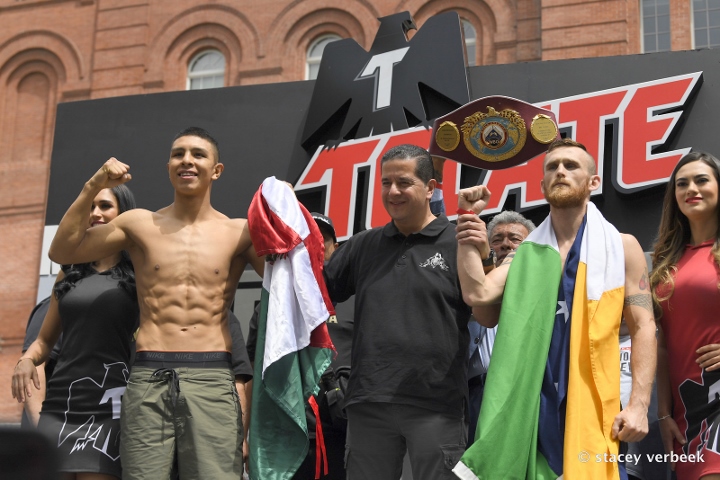 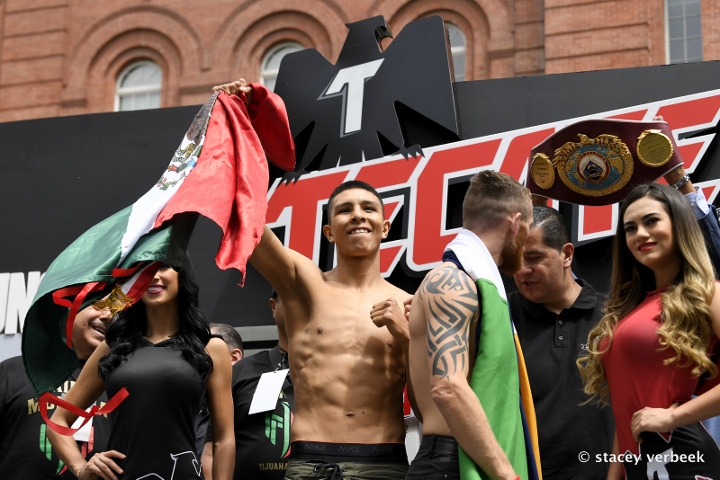 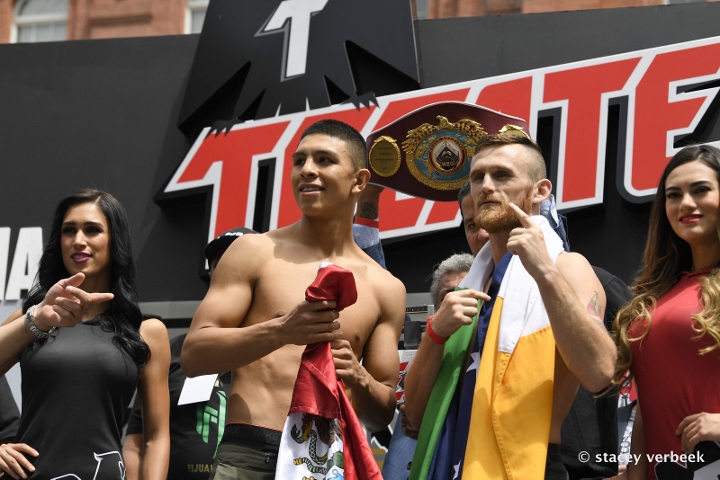 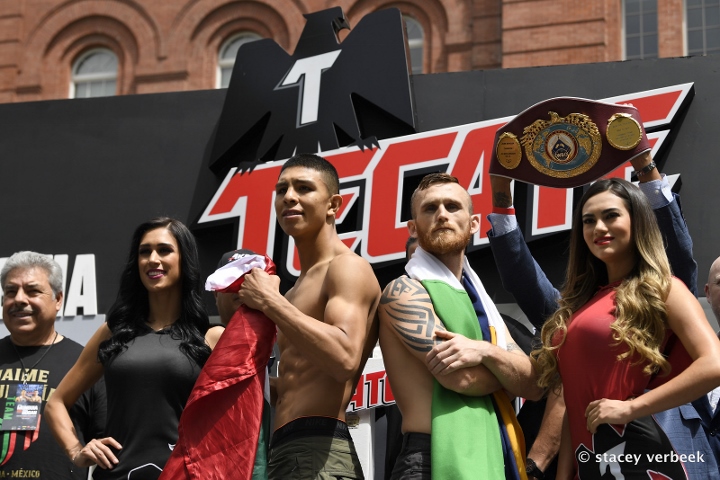 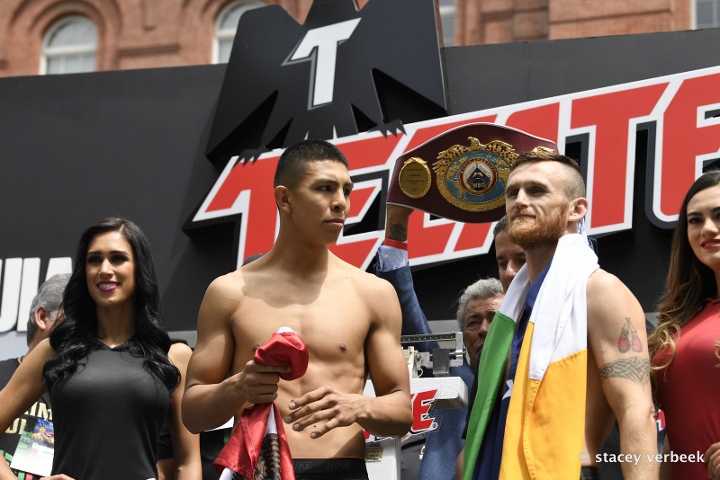 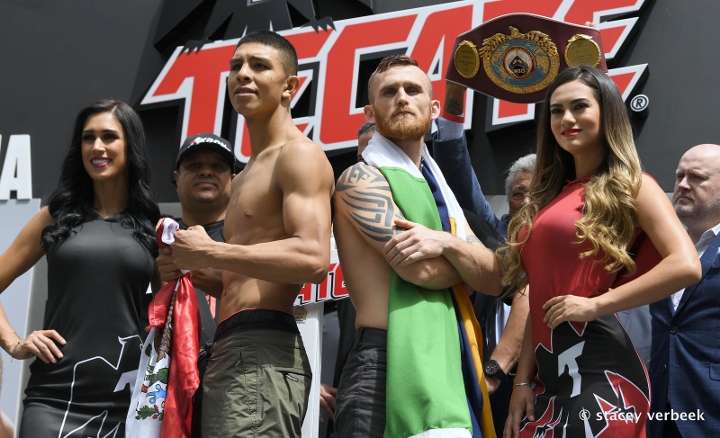 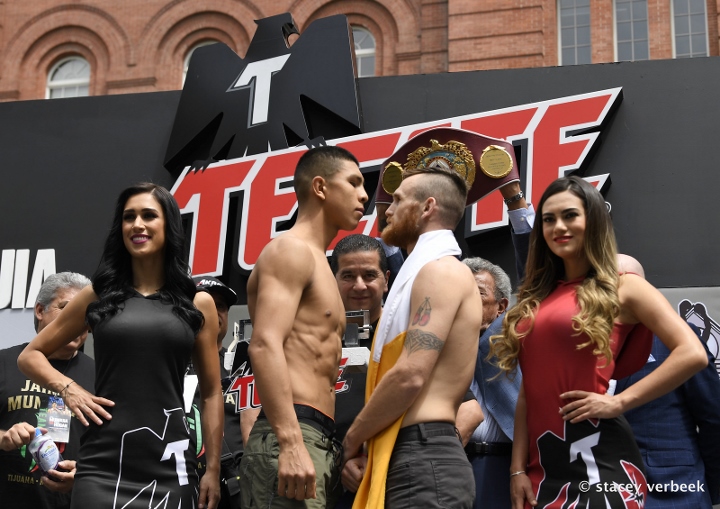 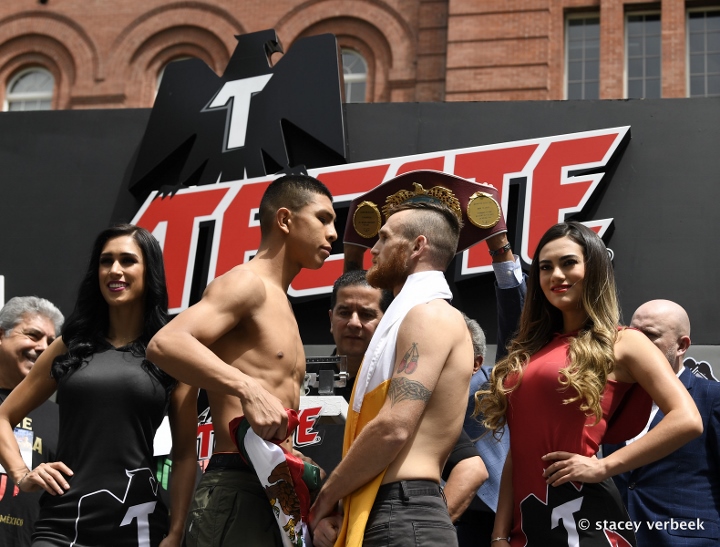