In one of the best fights of 2019 (at least in cruiserweight division), IBF #14 Alexey Papin overcame a serious deficit in experience and activity but it was still not enough to overcome Congolese power puncher Ilunga Makabu, who snatched a very thin majority decision at Papin’s home to secure a fight for the WBC cruiserweight title.

Papin, 31, a former stellar kickboxer, fought just twice in over twenty months. Still he did a good job early on, moving well, circling to the left from the lethally punching Congolese banger, landing some jabs and to the body of Makabu. 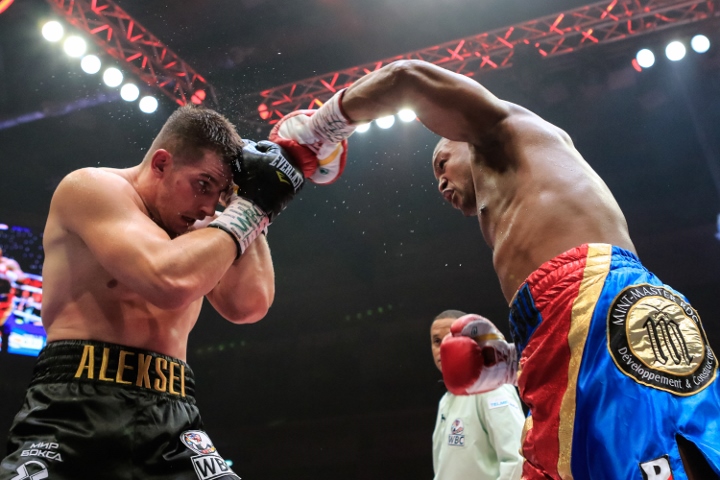 The WBC #1 and WBO #12 Congolese, a younger - yet also 31 - but more experienced fighter, started to land bigger in the third, while Papin showed some early signs of fatigue. Makabu threw more, landed less but with somewhat doubles effect. Papin took it well but his own punches - and, yes, he was presumed to be as dangerous as his own offender - didn’t affect the African that much. 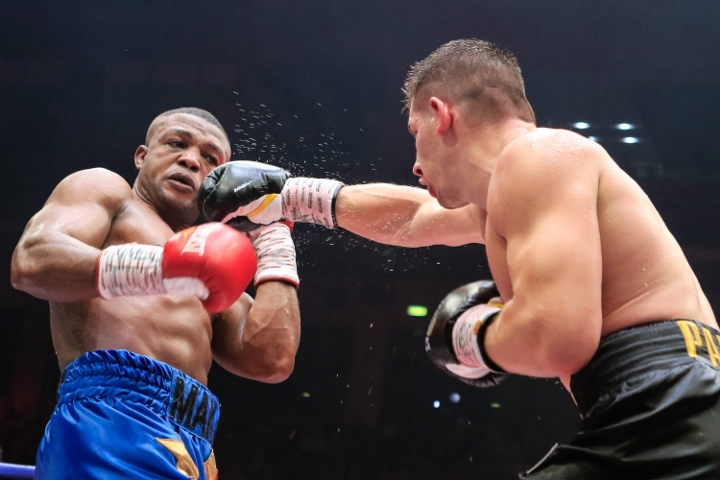 The mid rounds saw Makabu snatching full control and almost finishing Papin off in the wild eighth. Still the rapidly degrading Russian miraculously survived and lasted to the ninth to catch his second breath. 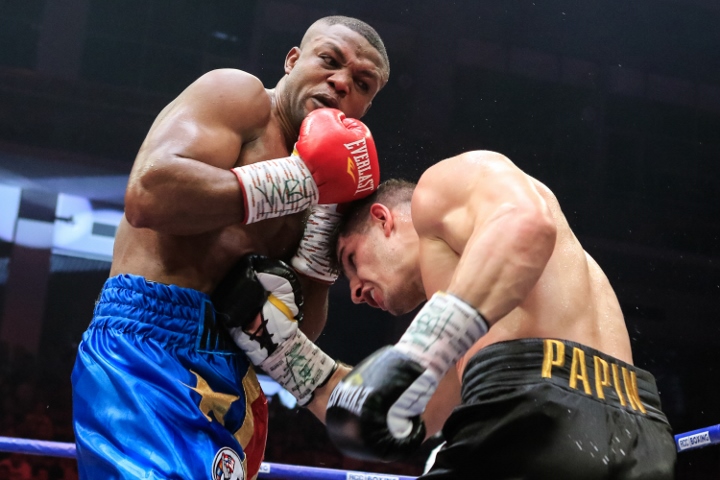 In the ninth, Papin turned it back on Makabu, allowing him to land less and stopping him in his tracks with left/right uppercuts and some straight right hands. Makabu never stopped marching forward but his moves got slower and unsteady in later rounds. 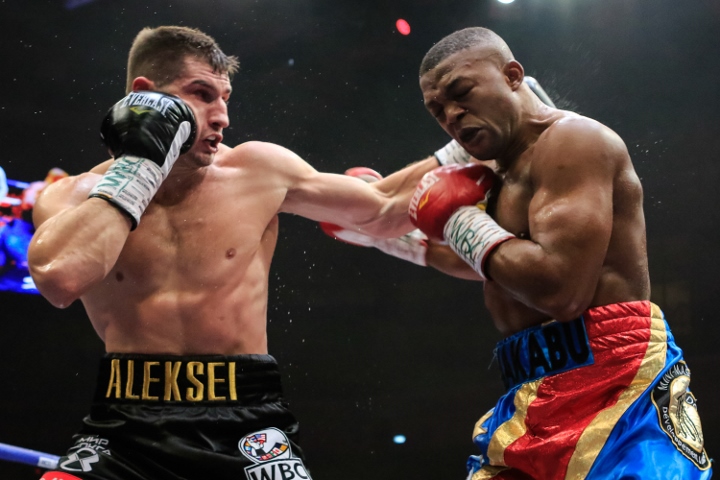 Rounds ten and eleven were mostly Papin’s but Makabu was always dangerous at the end. In the twelfth and final round, Papin started huge but was dropped on a combination of punches into the action. He got up and summoned everything he had to finish the fight strong. 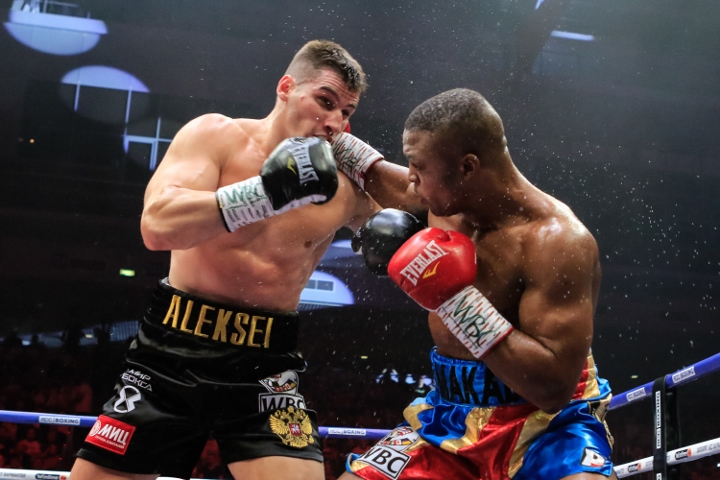 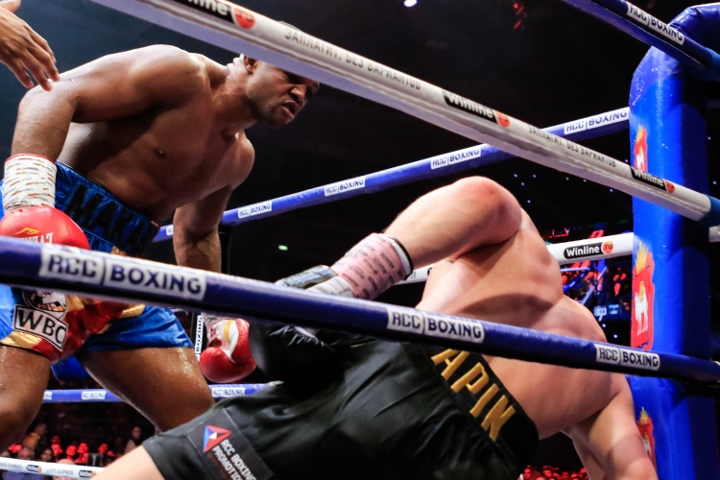 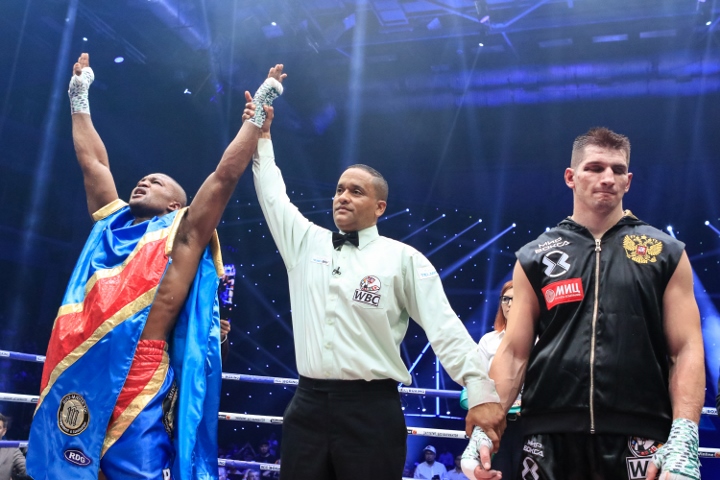 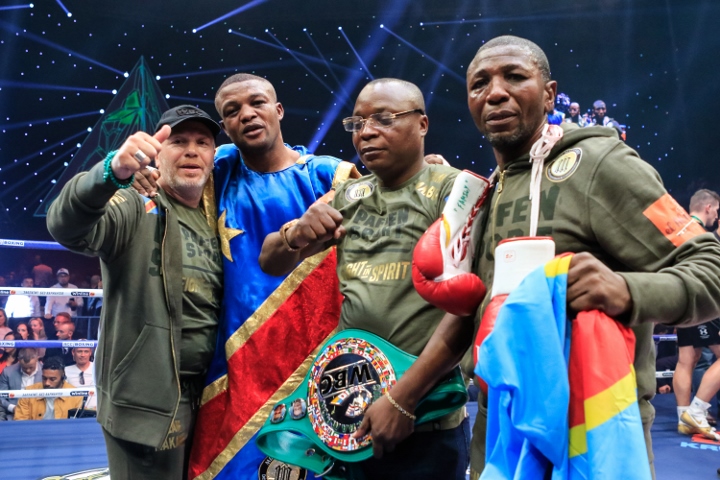