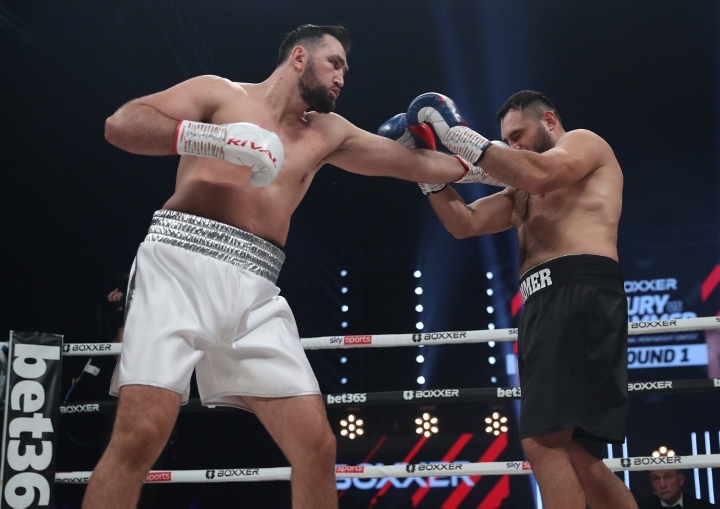 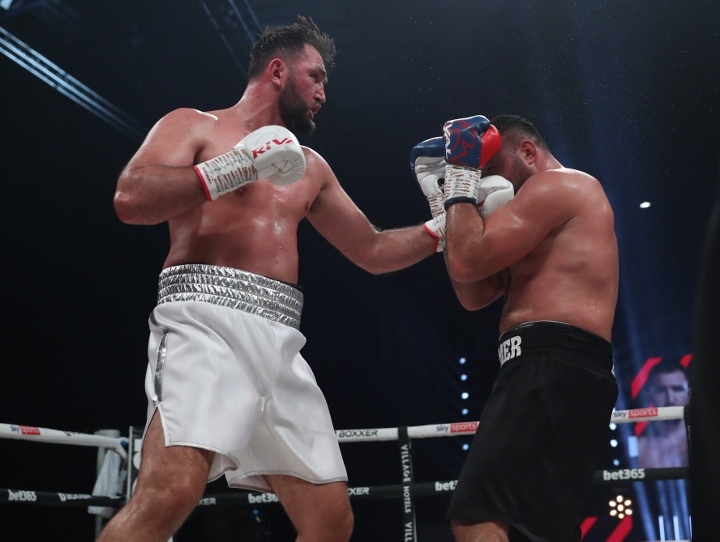 Hughie Fury was caught big shots from Hammer here and there, but Fury has a durable chin and was able to take them well. Hammer lost a point in the fifth for hitting on the break. 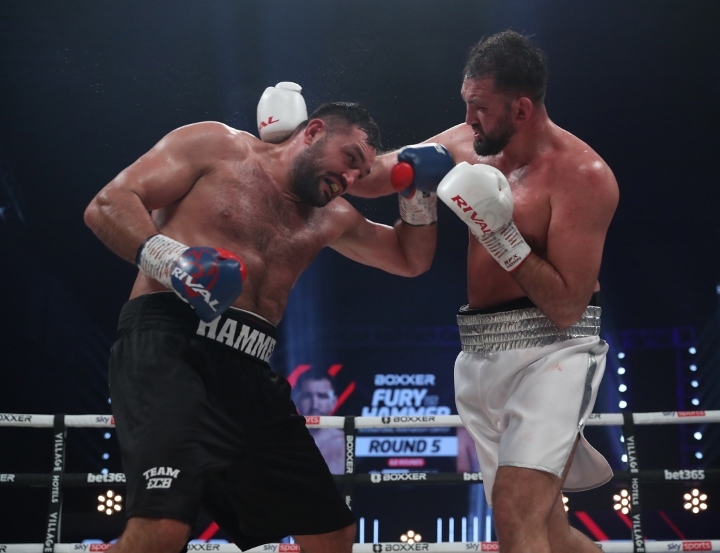 Hammer showed his chin as well, because he barely budged when Fury landed quite a few combinations flush. Fury simply outboxed and outlanded him in several rounds.

At the end of the fifth, Hammer cited a bicep injury and retired in his corner. 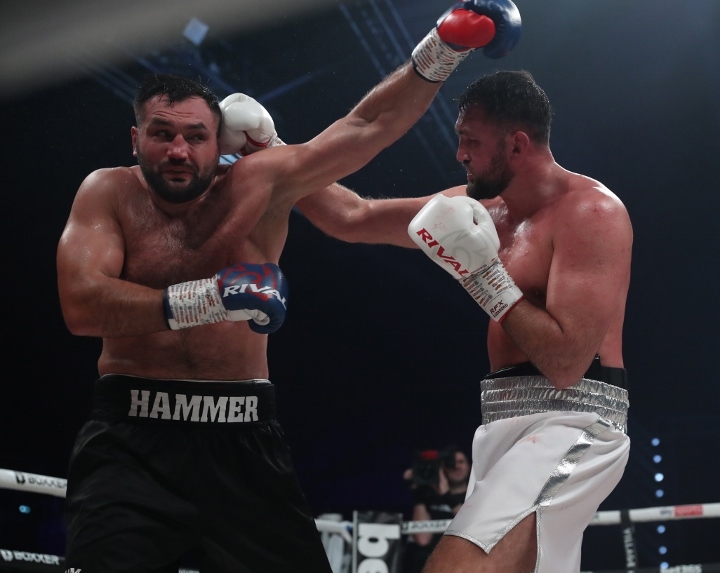 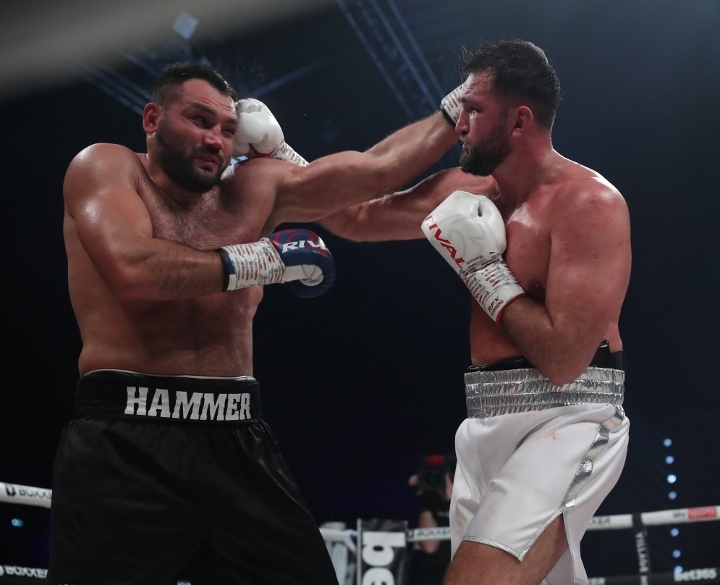 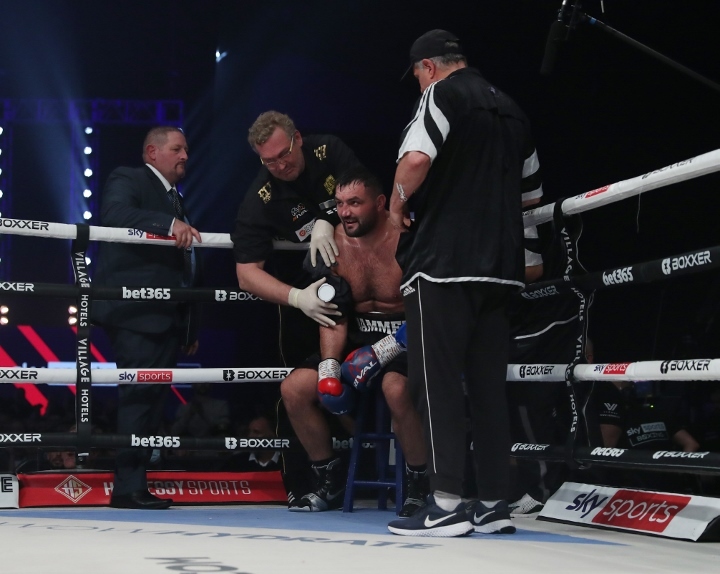 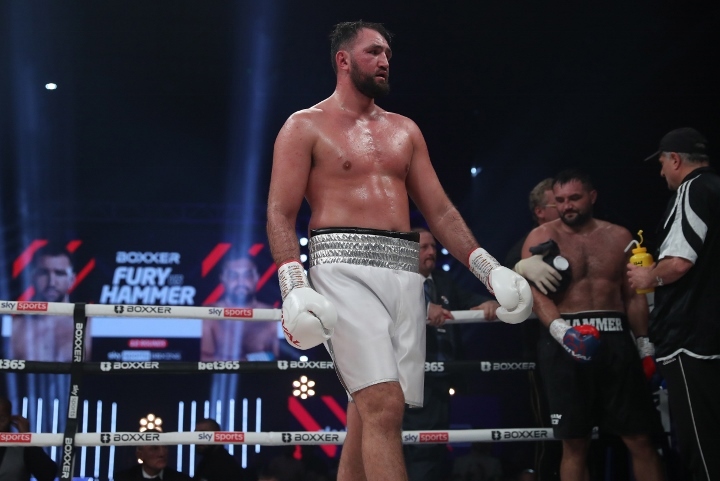 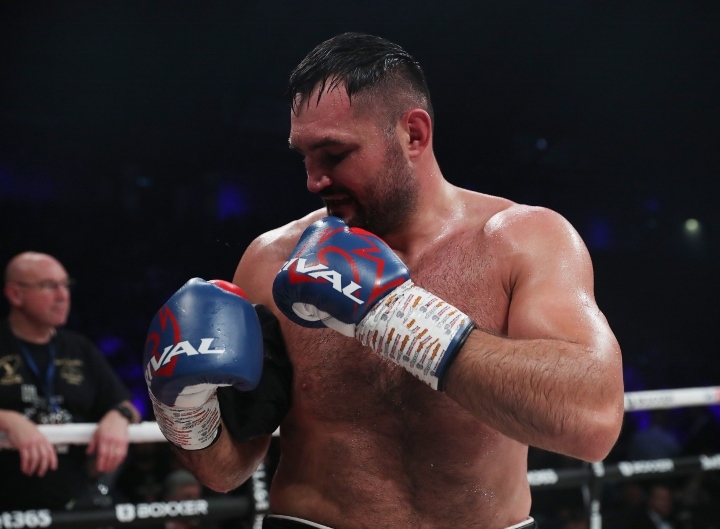 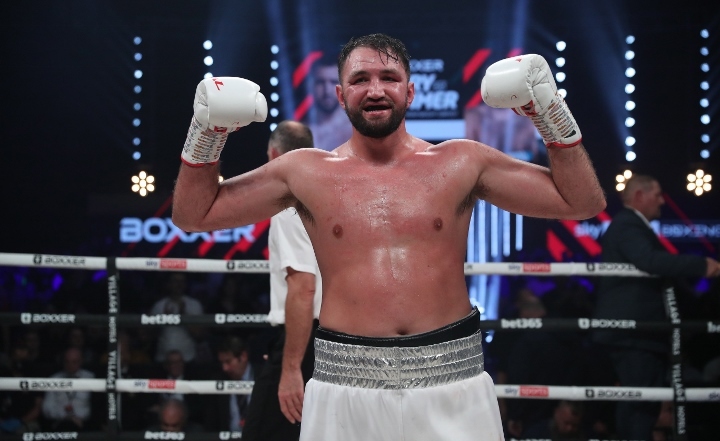 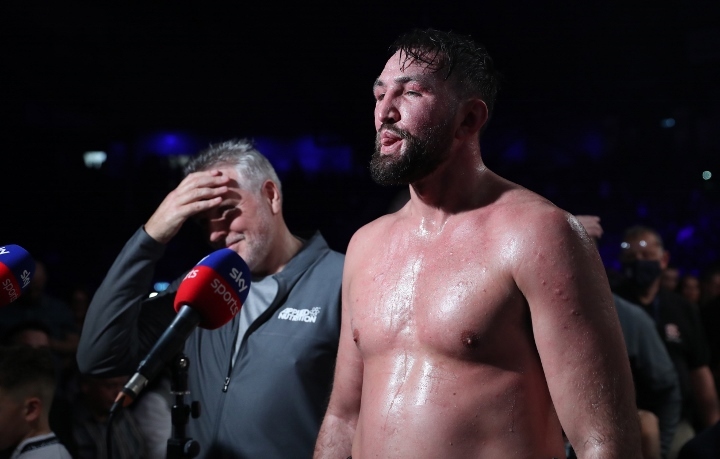 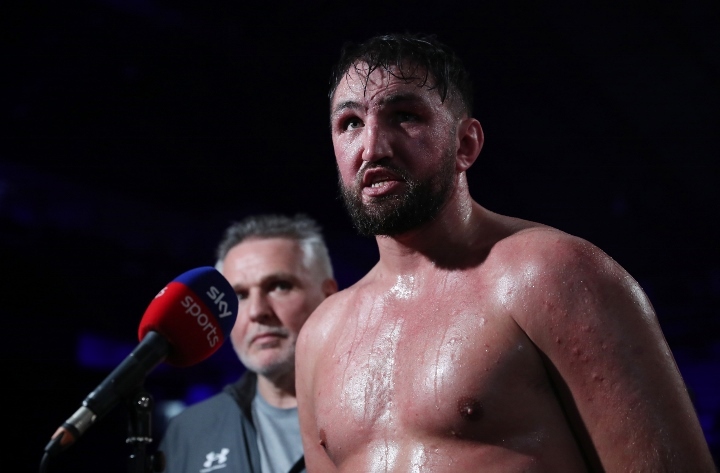