On Friday June 10 at the Domo Alcalde in Guadalajara, Mexico live worldwide on DAZN – WBA Super and Ring Magazine World Light-Flyweight champion Hiroto Kyoguchi will defend his straps against Esteban Bermudez, in the latest installment of Matchroom and DAZN’s fight series in Mexico, in association with Canelo Promotions and Clase Y Talento. 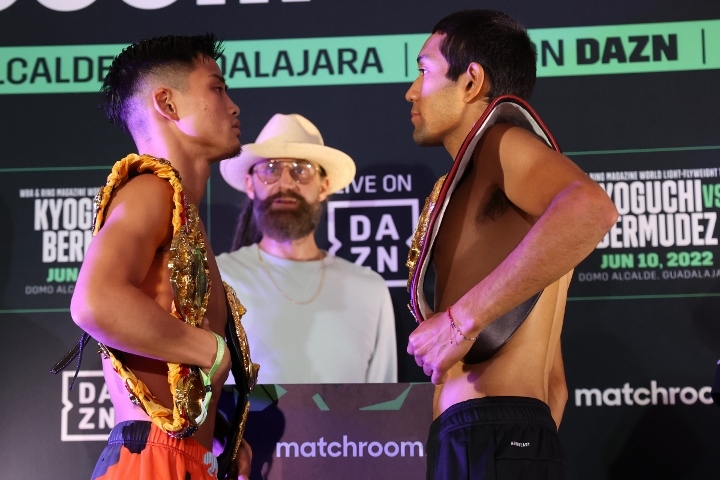 Kyoguchi (15-0 10 KOs) puts the titles he ripped from Heikie Buddler in December 2018 on the line for the fourth time and makes a welcome return to the ring after his entertaining battle with the pocket rocket Axel Aragon Vega in Dallas in March 2021 came to an end when the challenger was forced to quit the bout with a hand injury in the fifth round. 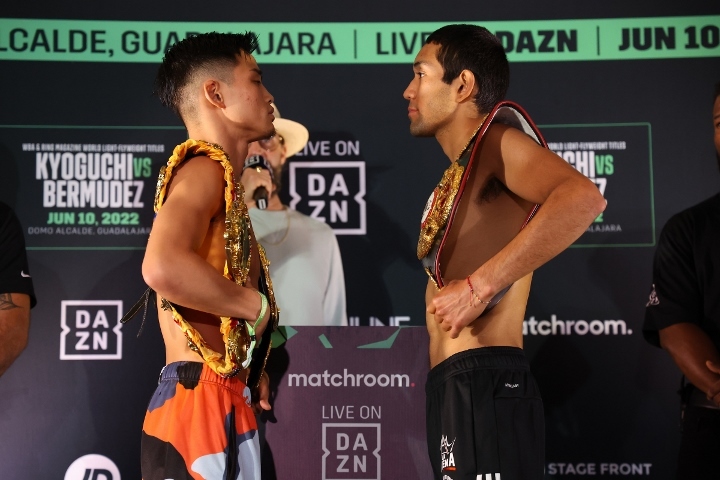 The Japanese, who previously defended the titles in successive points wins over Tanawat Nakoon and Tetsuya Hisada in June and October of 2020 in his homeland, fights in Mexico for the first time in the paid ranks and does so against a hungry contender. 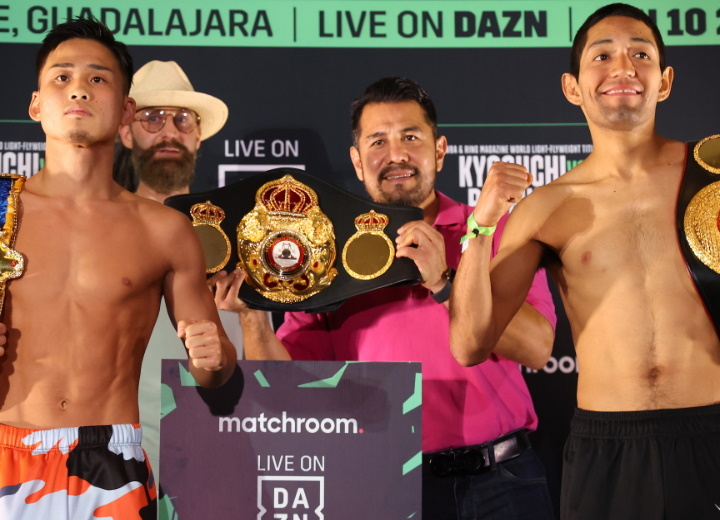 Bermudez (14-3-2 10 KOs) holds the WBA Regular title after handing a first career defeat to defending champion Carlos Canizales in stunning fashion – flooring the belt-holder towards the end of the sixth round before wiping him out with 23 seconds left in the session. The 26 year old will be fired up to elevate to Super champ and rip the coveted Ring Magazine strap from Kyoguchi, providing all the necessary ingredients for fireworks in the main event. 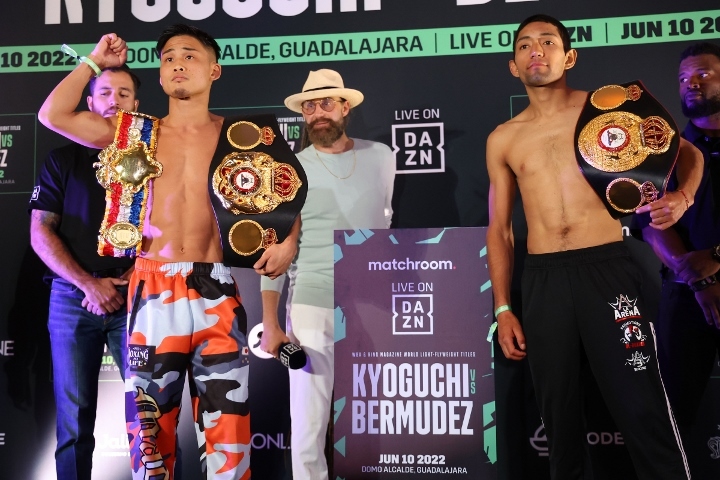 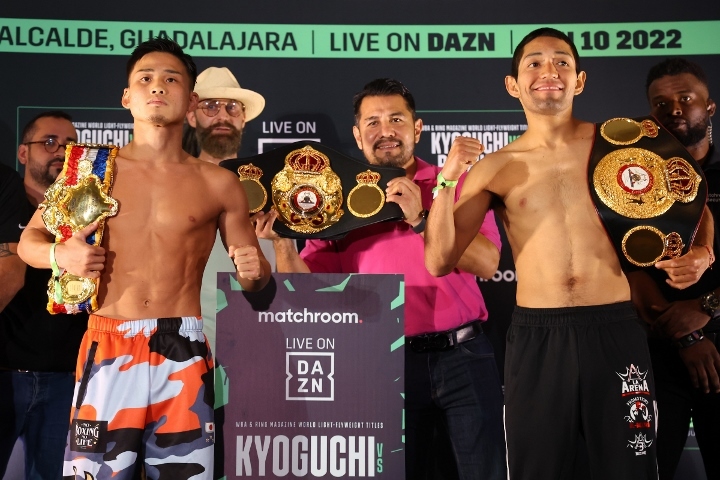 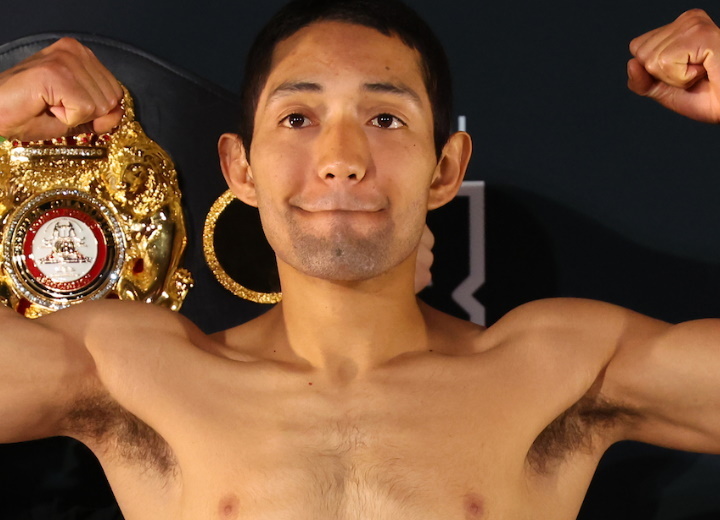 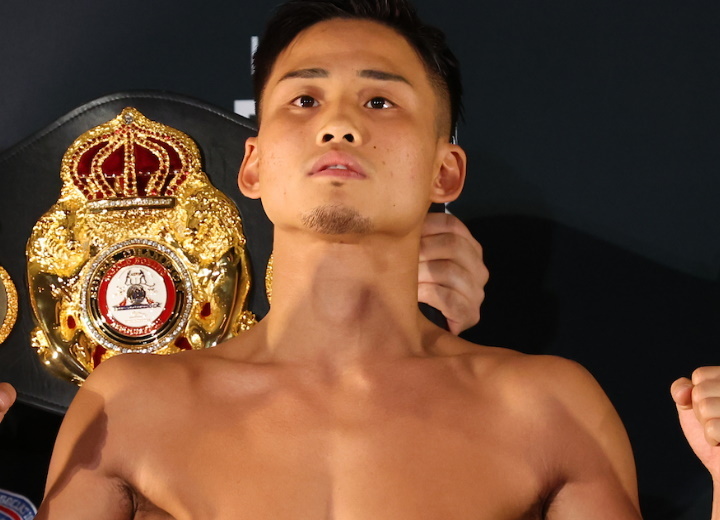 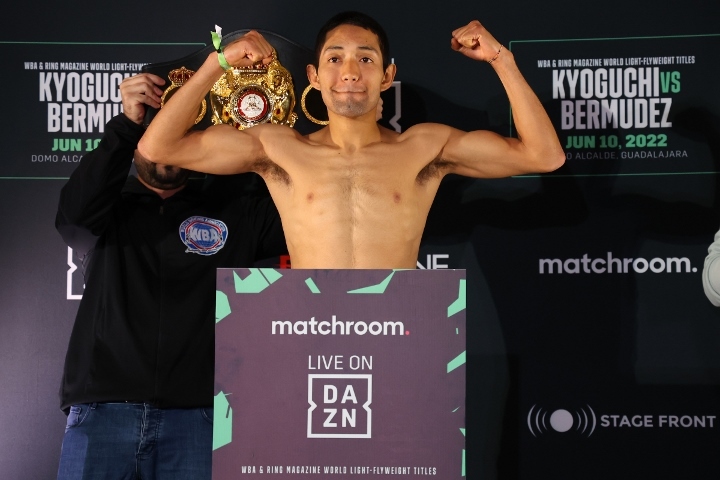 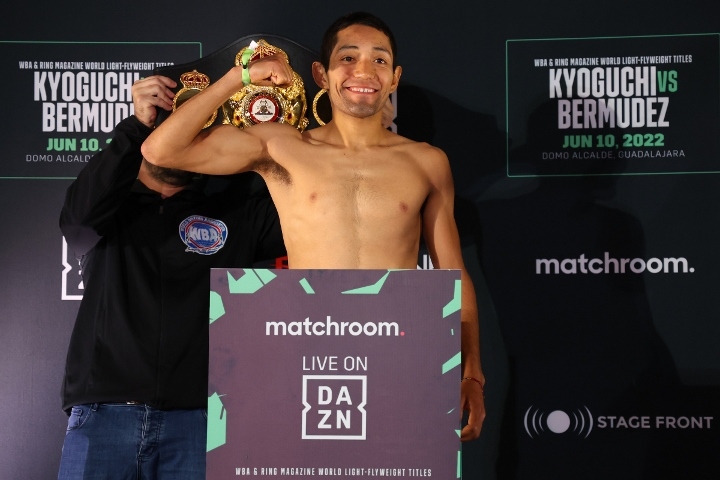 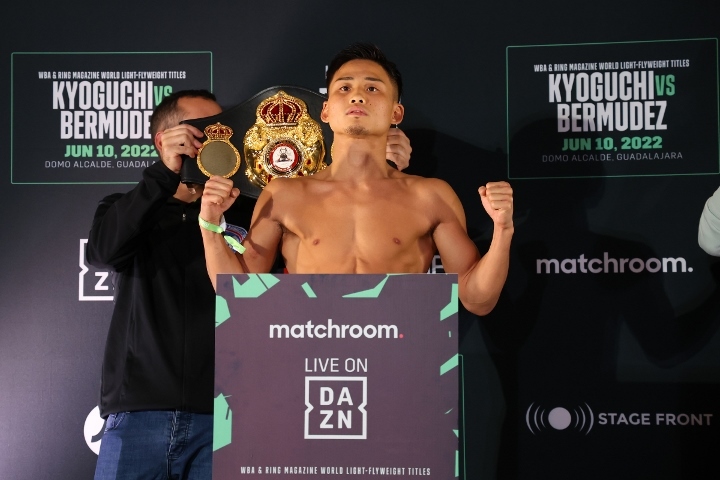 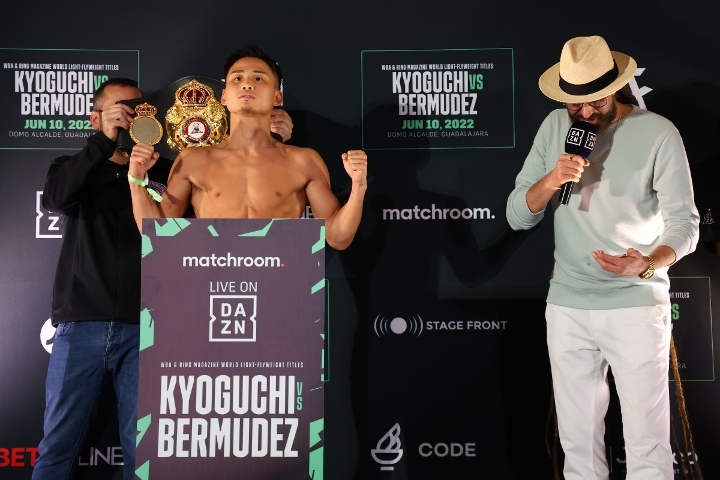