Alamodome, San Antonio, Texas - In a battle for the WBA super featherweight and lightweight titles, Gervonta Davis (24-0, 23 KOs) pulled off a brutal one-punch knockout of Leo Santa Cruz (37-2-1, 19 KOs) in the sixth round. (photos by Esther Lin, Sean Michael Ham)

Santa Cruz was working the jab the fight started, with Davis working good counters. A cut opened up on the bridge of Santa Cruz's nose. They pace started quick with both not afraid to throw. 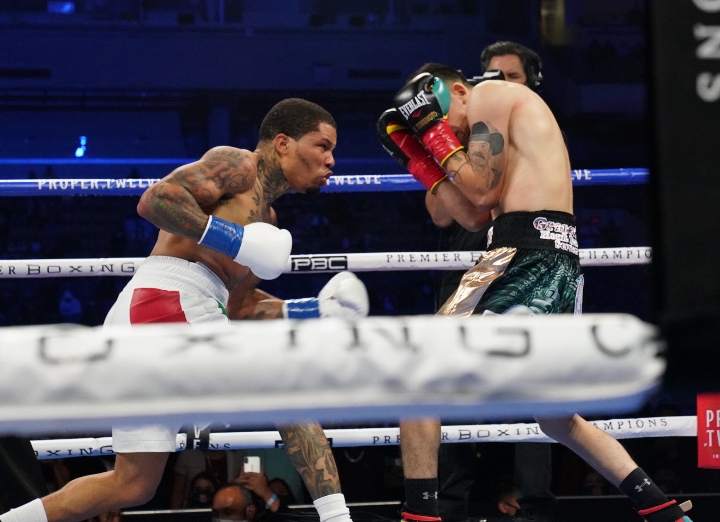 Santa Cruz went after Davis in the second round. He was the busier man and letting his hands go more often, with Davis still dangerous. In the third, Davis was starting to use the jab to work his way in. Santa Cruz was landing better. 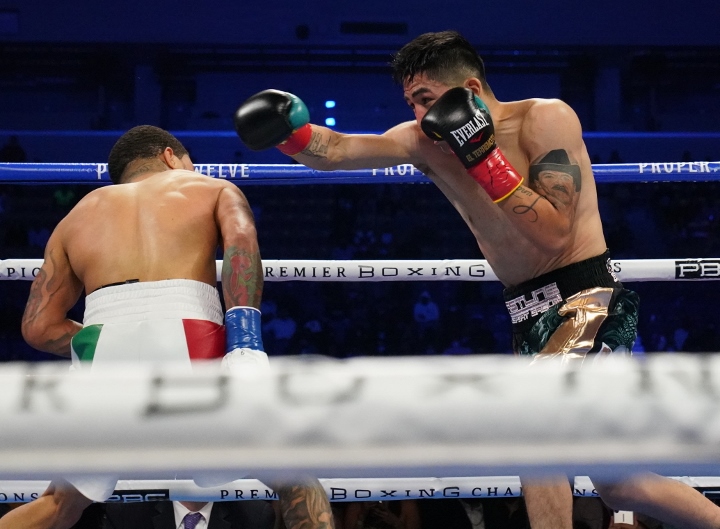 In the fourth, it was an all-out brawl with both landing heavy punches at close range. Davis landed the harder shots. The fifth had Davis landing the counter and the bigger shots when Santa Cruz tried to come inside. 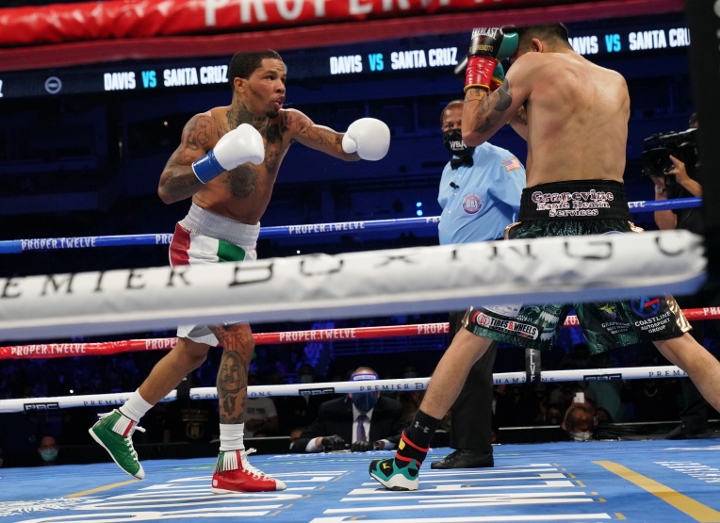 Santa Cruz was landing well in the sixth. He was tagging Davis often with shots. But Davis landed a vicious uppercut that knocked Santa Cruz out cold. The fight was quickly waved off as ringside physicians tended to Santa Cruz. 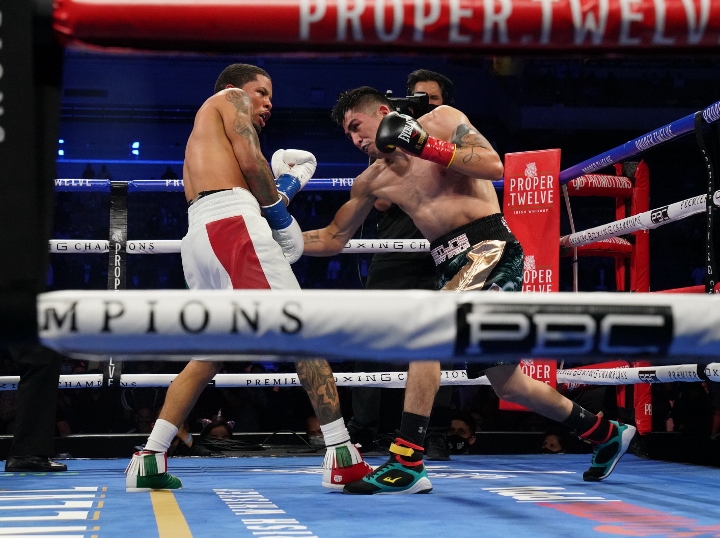 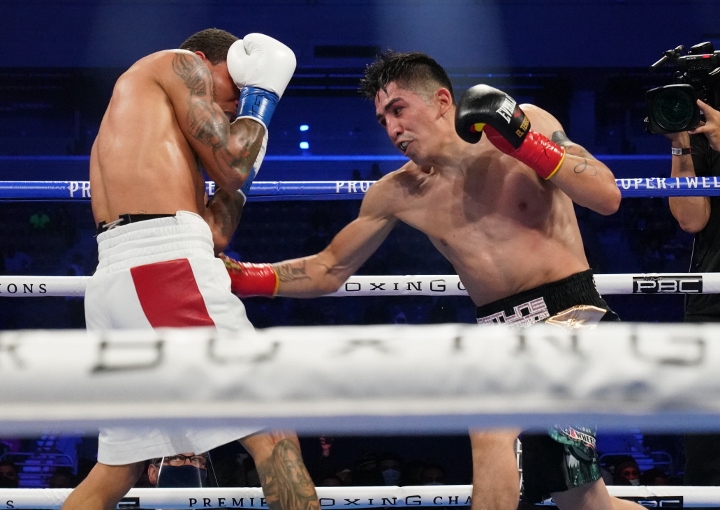 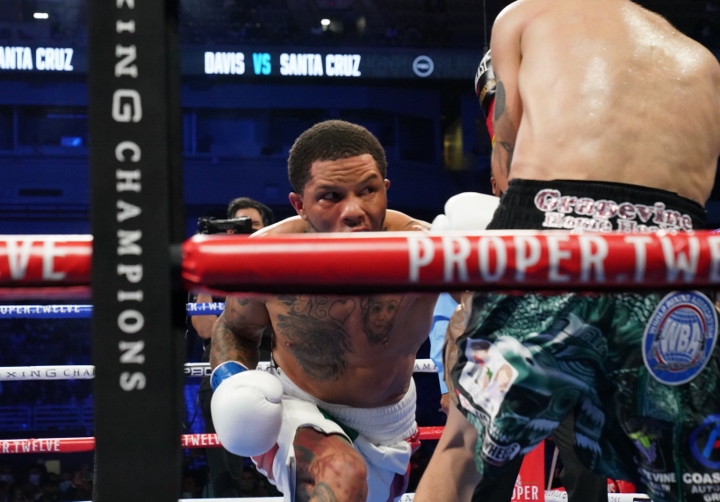 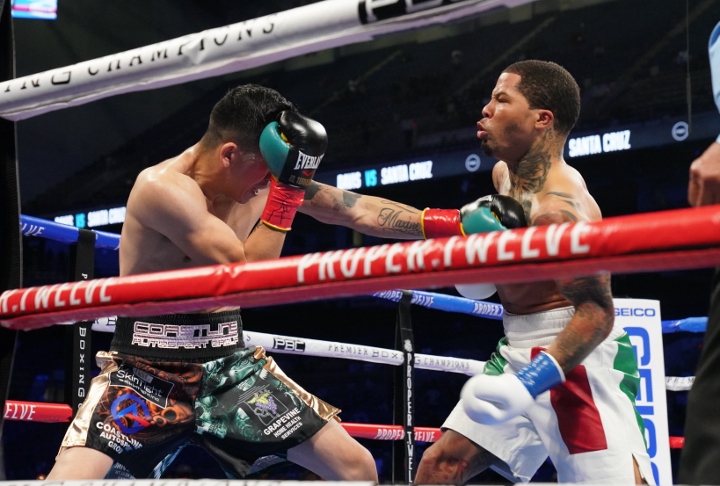 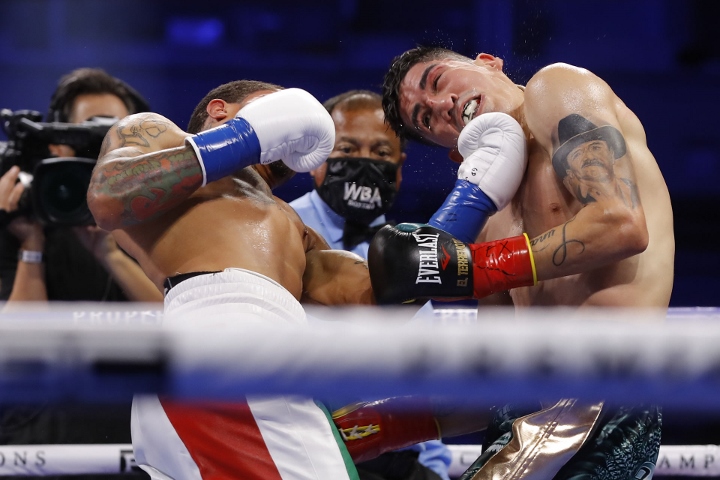 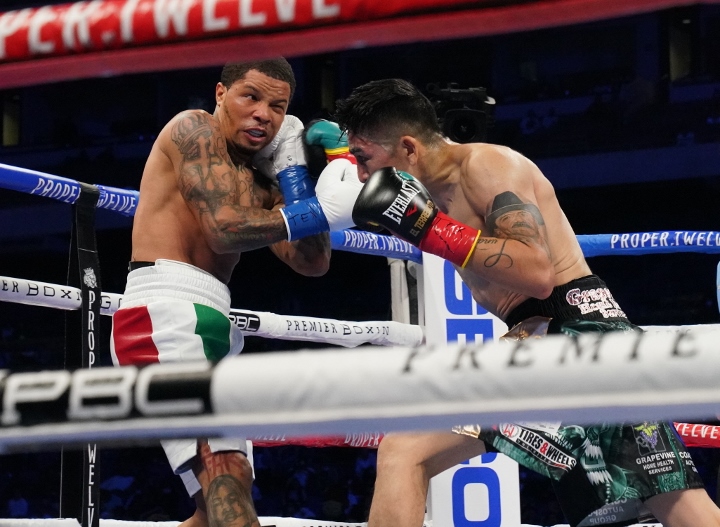 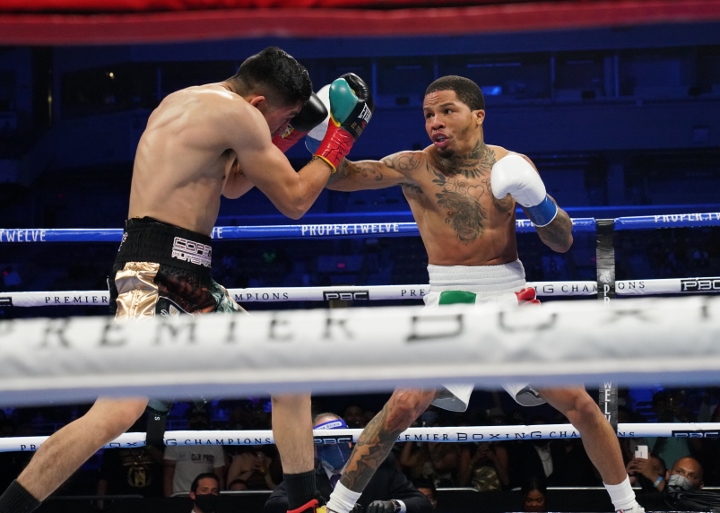 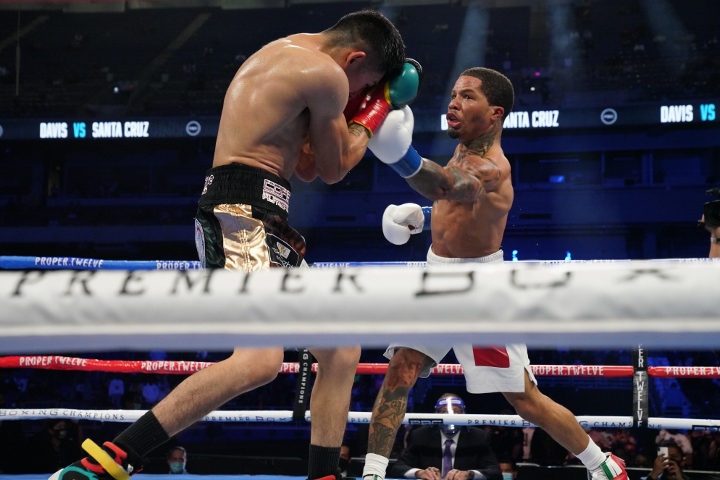 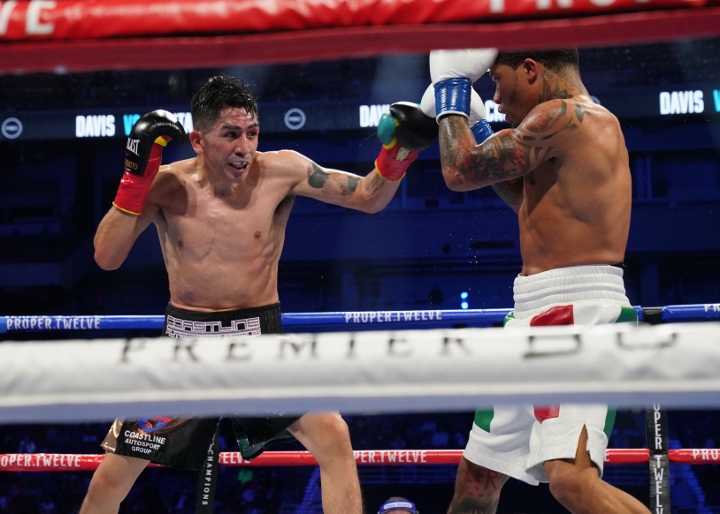 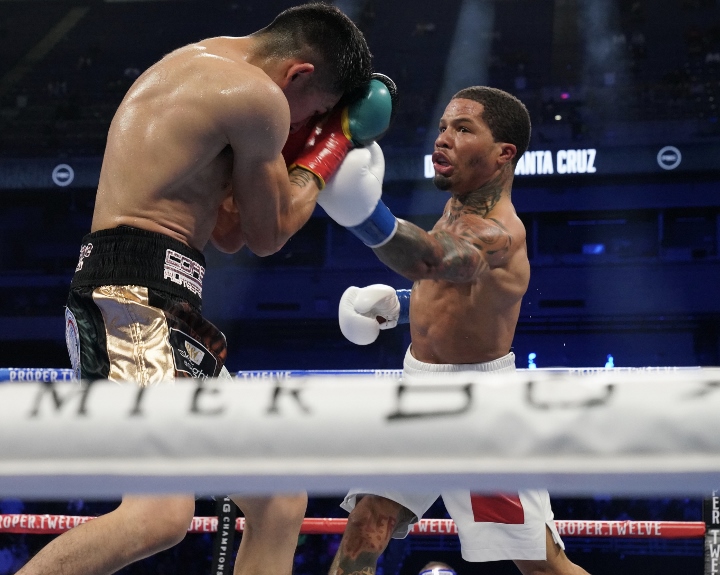 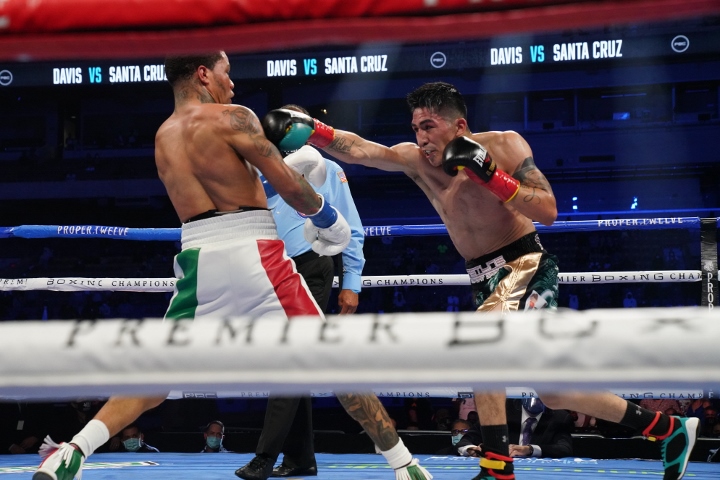 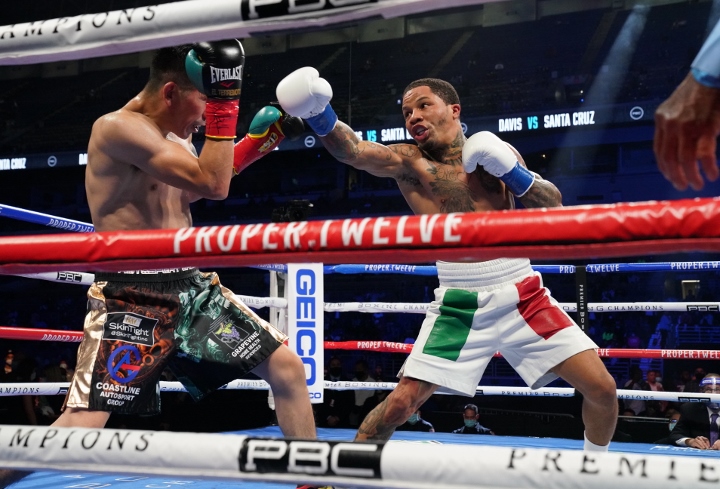 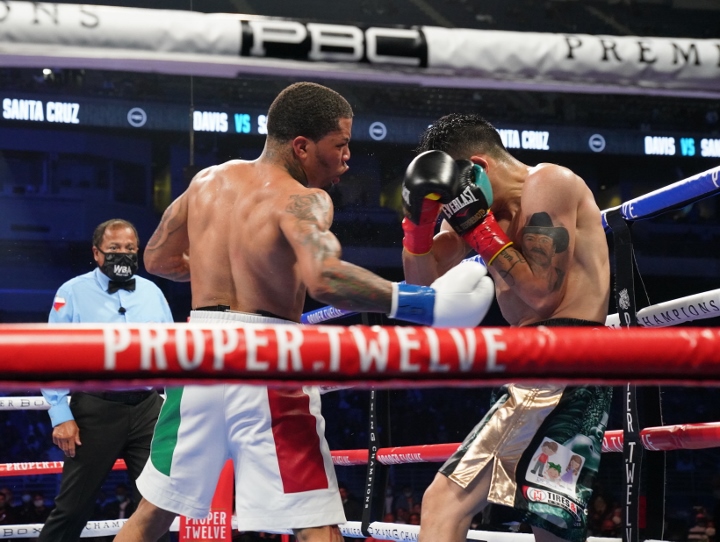 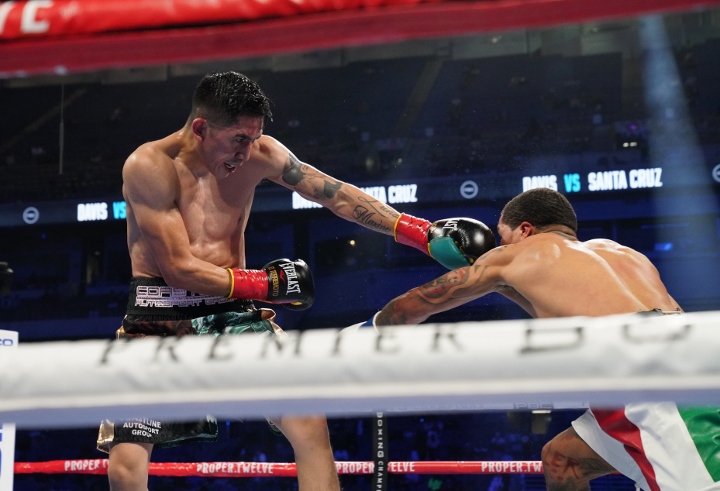 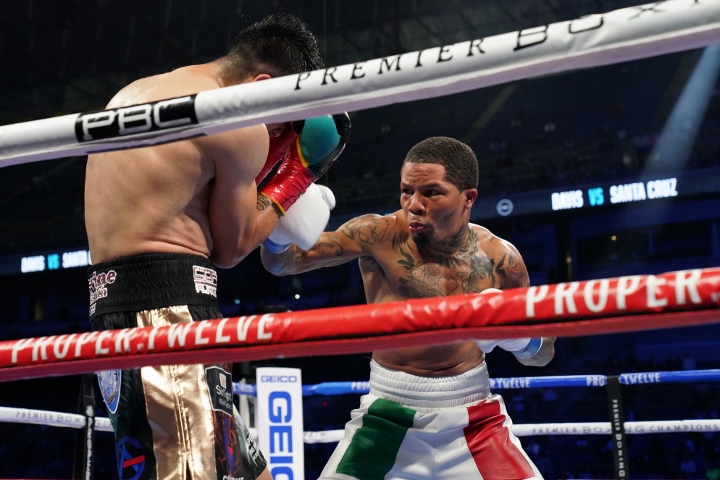 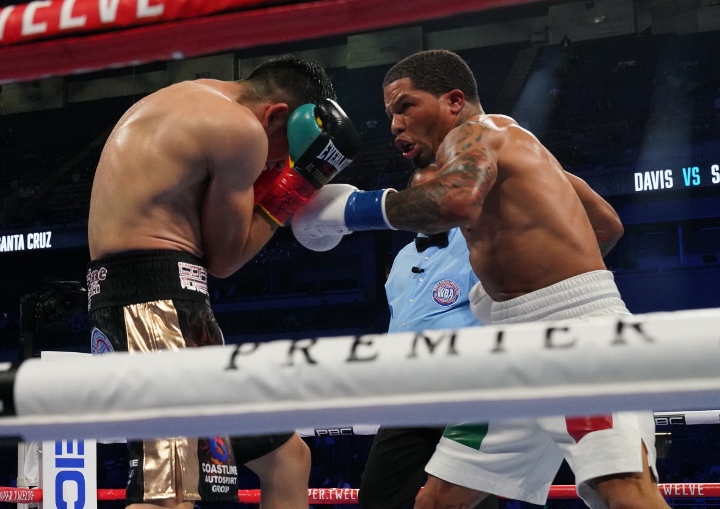 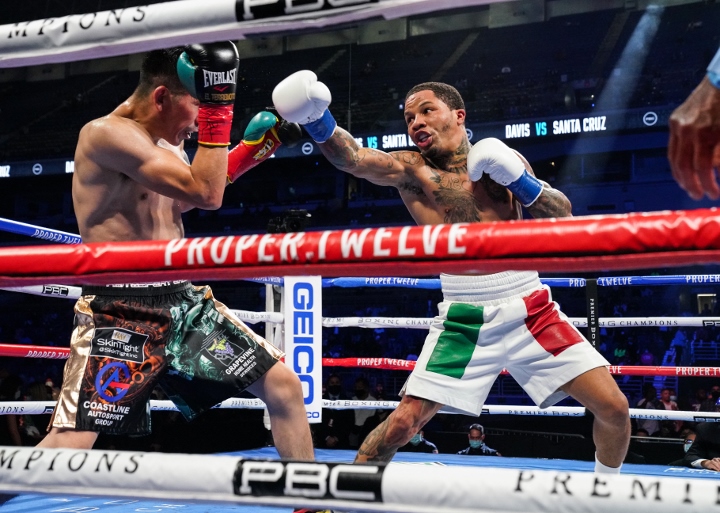 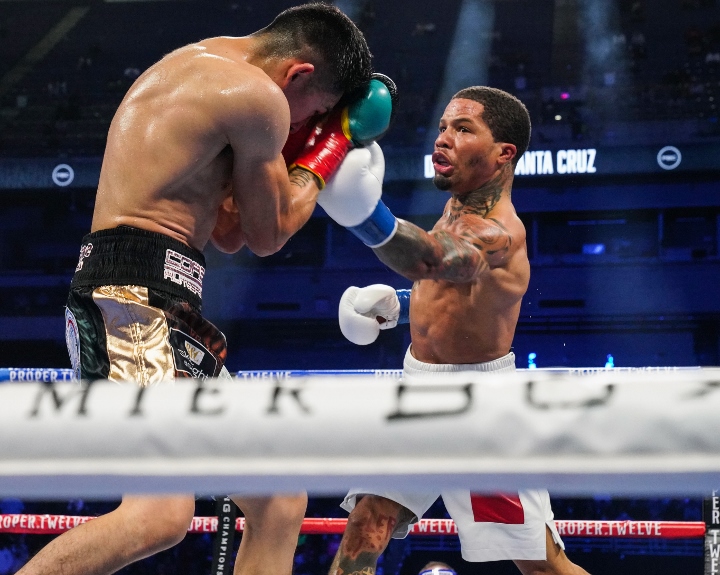 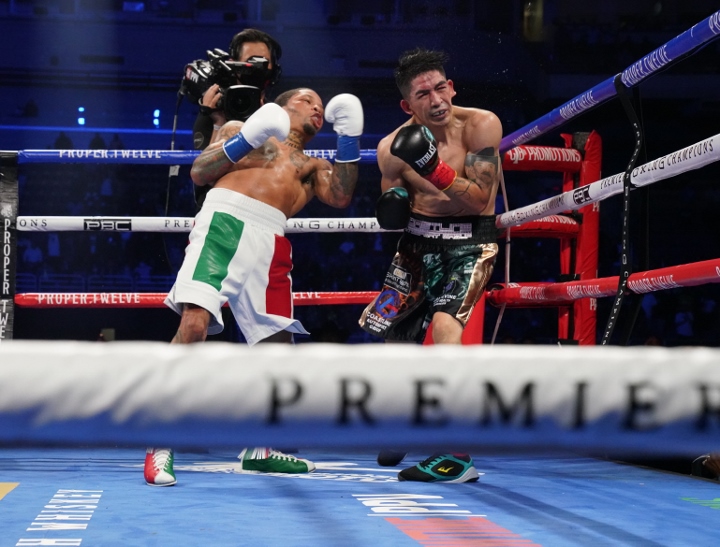 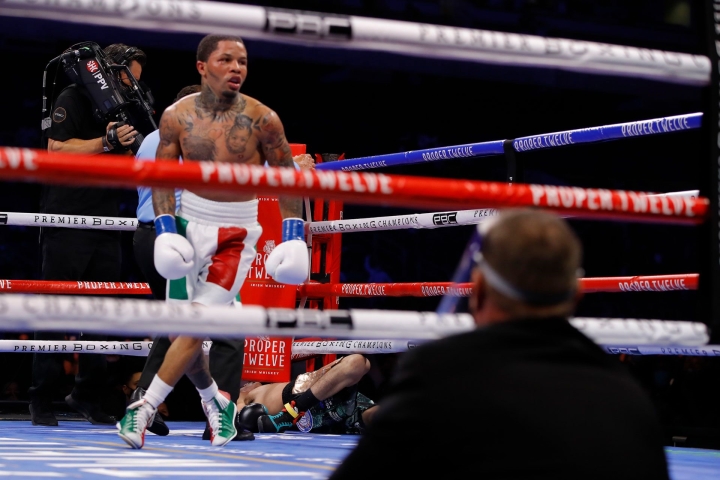 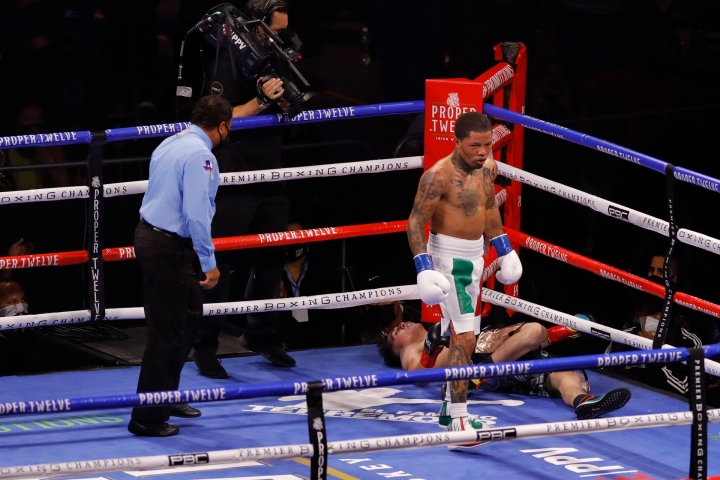 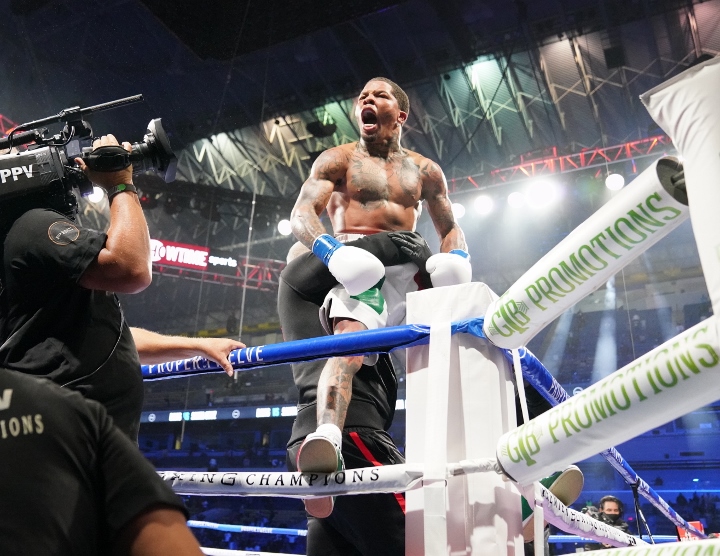 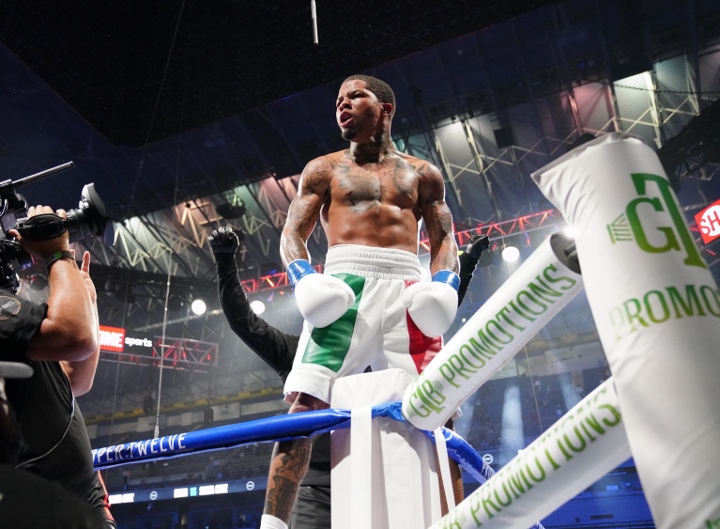 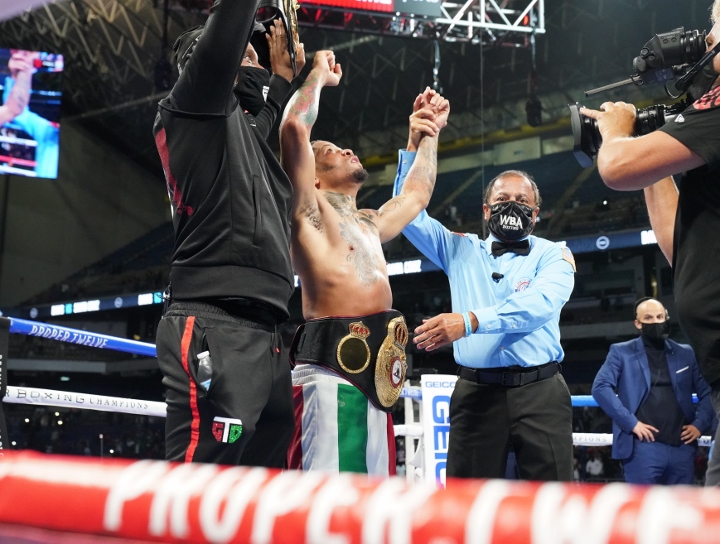 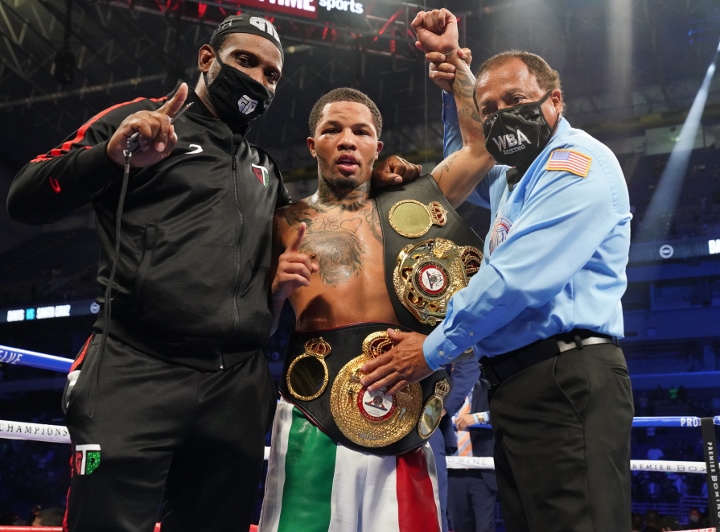 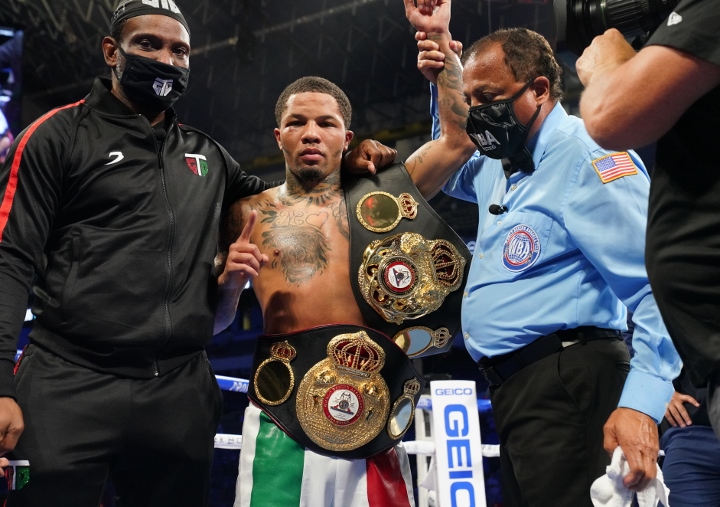 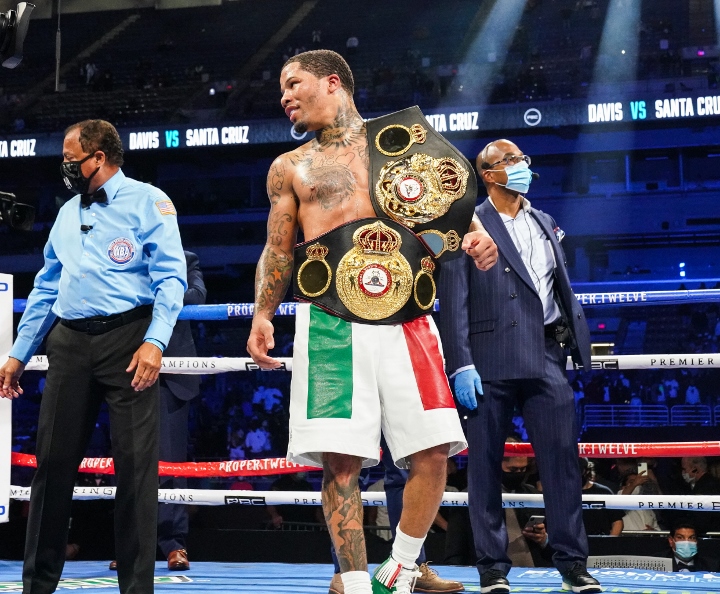