A shocker took place when Andrey Fedosov threw himself right into the middle of the heavyweight mix with an explosive opening round stoppage of undefeated former amateur star Mahammadrasul Majidov at the Seminole Hard Rock Hotel and Casino in Hollywood, Florida. (photos by Ed Mulholland)

Fedosov landed a booming right hand that sent Majidov crashing down on his back to the point where is right leg buckled underneath him. 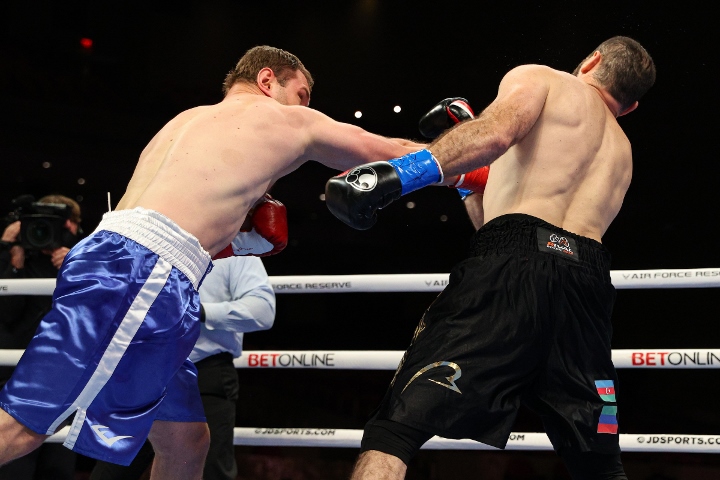 Clearly hurt from his leg injury, Majidov slowly got to his feet, but went down again from a grazing shot and the fight was over just 84 seconds after it began - as Majidov indicated to the referee that his leg was too injured to place weight on it.

Fedosov of Shuya, Russia raised his record to 32-3 with 26 knockouts. 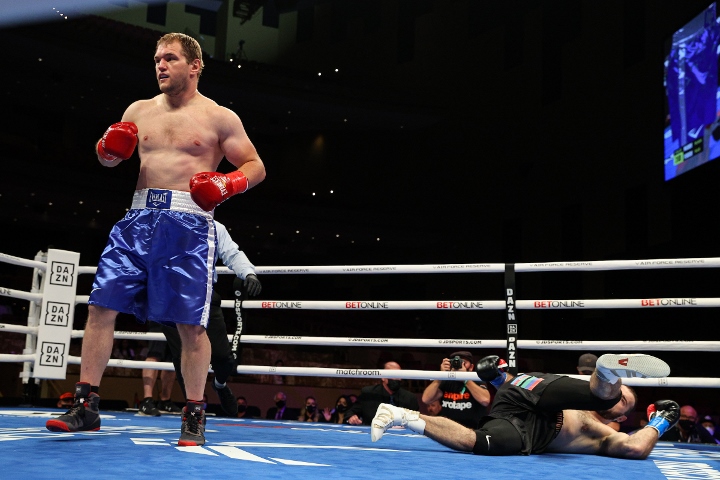 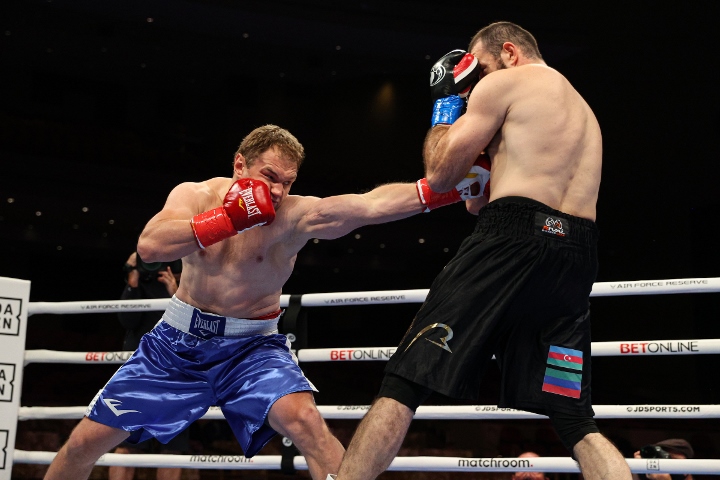 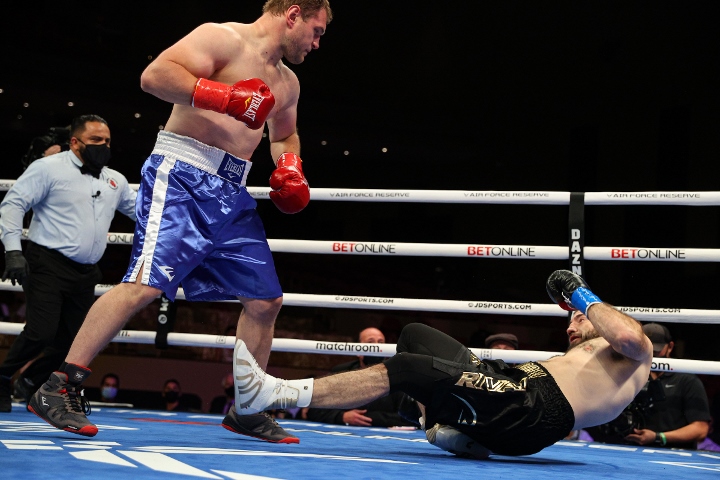 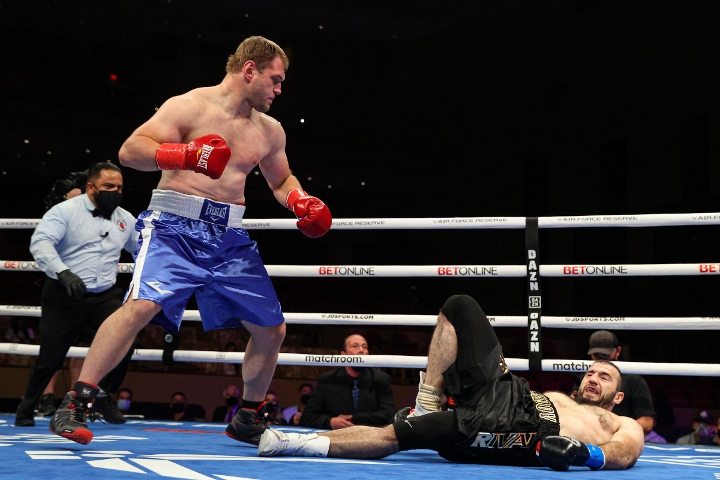 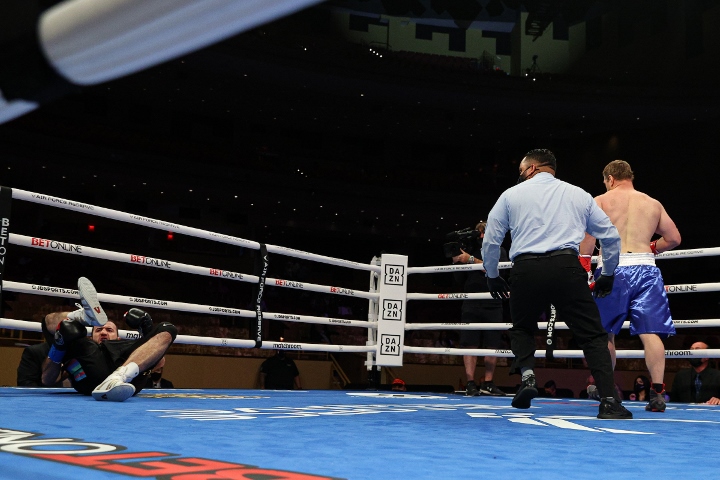 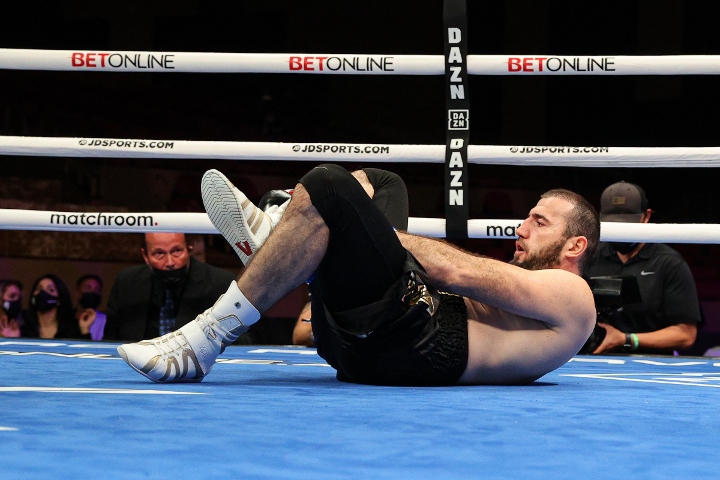 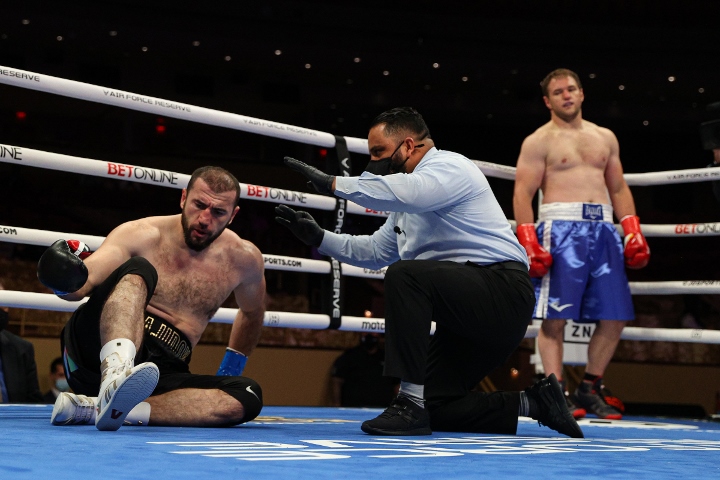 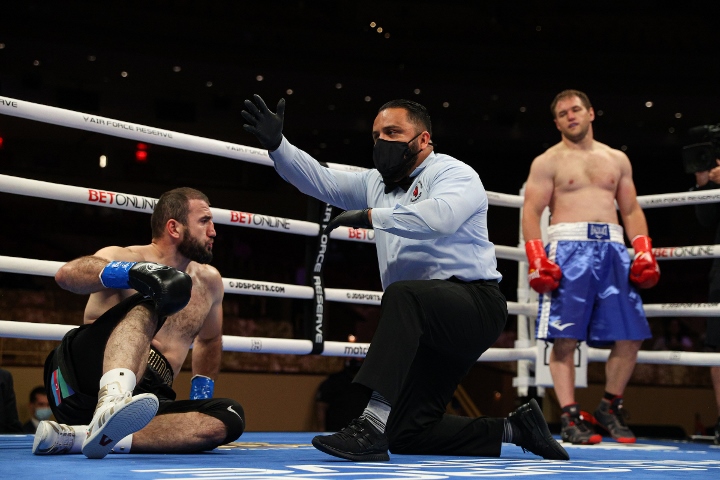 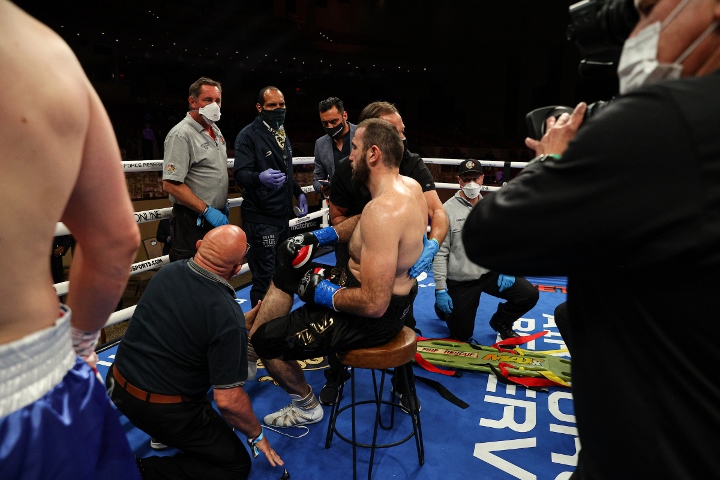 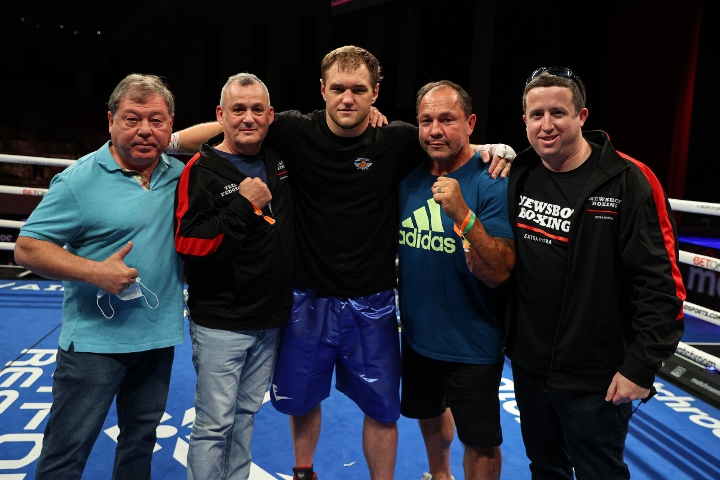 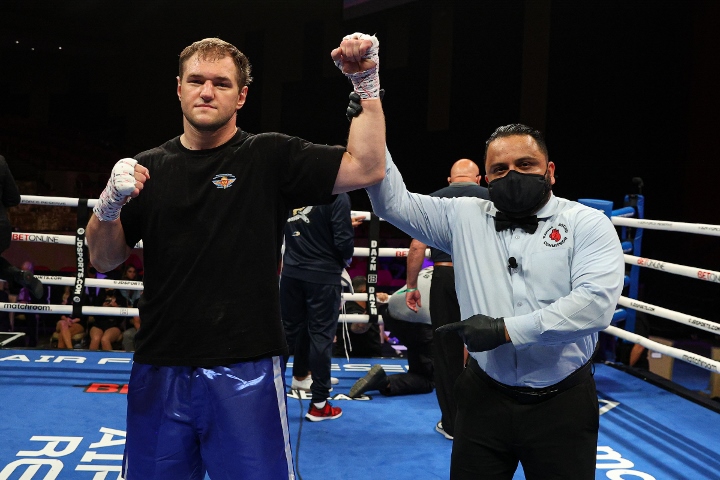