WBC and IBF world champion Errol “The Truth” Spence Jr. and WBA world champion Yordenis Ugas faced off for the first time Wednesday at a press conference to discuss their welterweight title unification clash that headlines a SHOWTIME PPV on Saturday, April 16 from AT&T Stadium in Arlington, Texas in a Premier Boxing Champions event. (photos by Amanda Westcott, Stacey Snyder) 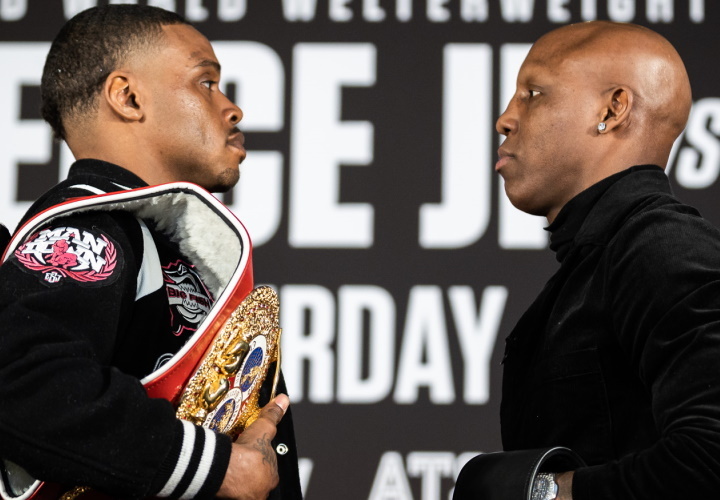 Spence vs. Ugas will be just the 12th unification fight in the rich history of the welterweight division and will see Spence fighting in front of his hometown crowd looking to add a third welterweight title and boost his standing as the world’s top welterweight. Fresh off of an upset victory over legendary eight-division world champion Manny Pacquiao, Ugas will seek another upset victory as he hopes to continue his remarkable run through the division that has seen him win 12 of his last 13 fights since 2016. 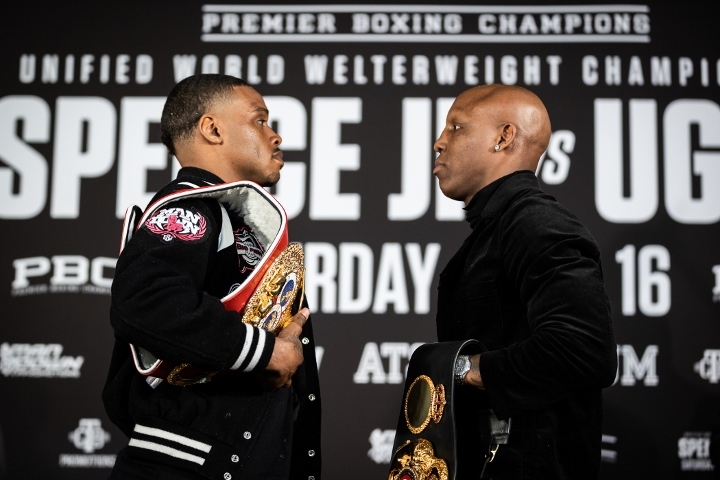 Tickets for the live event, which is promoted by TGB Promotions and Man Down Promotions, are on sale now and can be purchased at SeatGeek.com, the Official Ticketing Provider of AT&T Stadium. 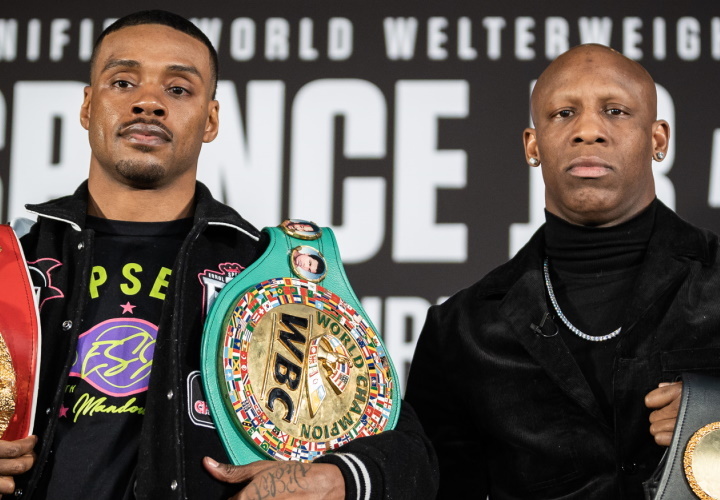 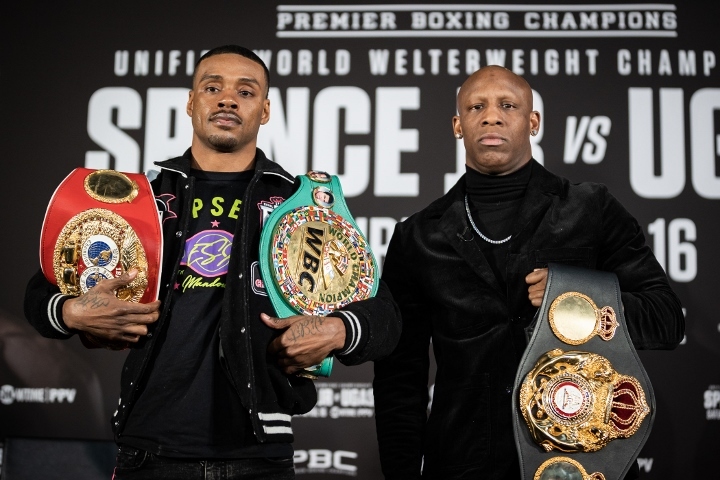 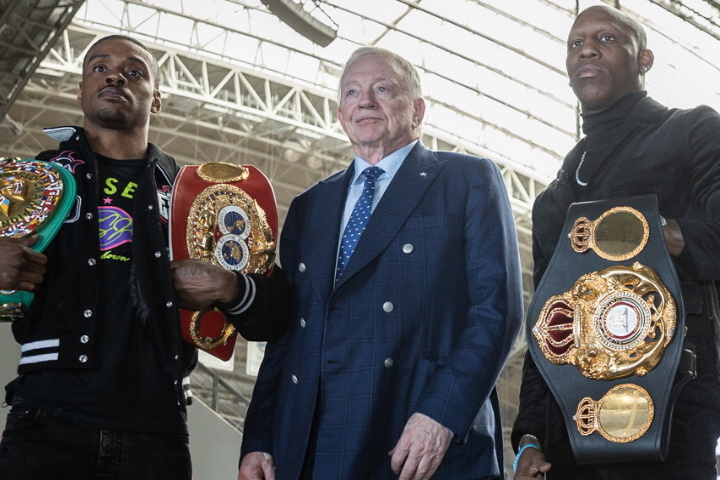 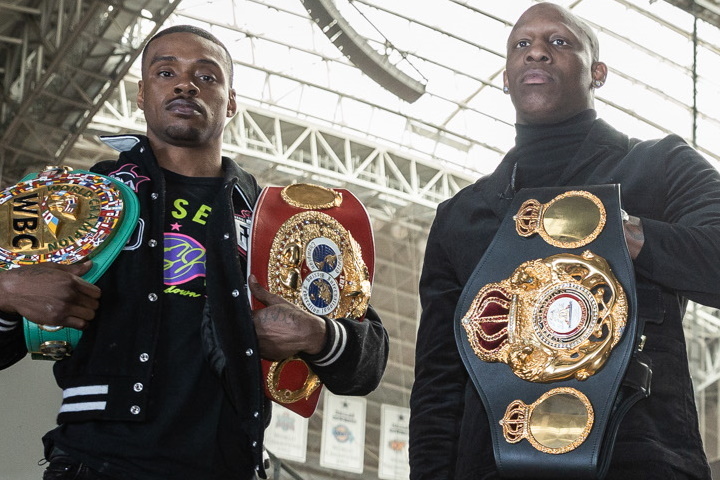 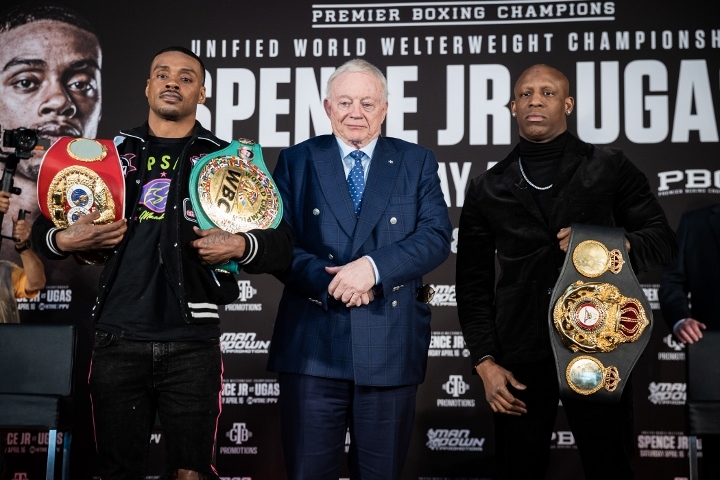 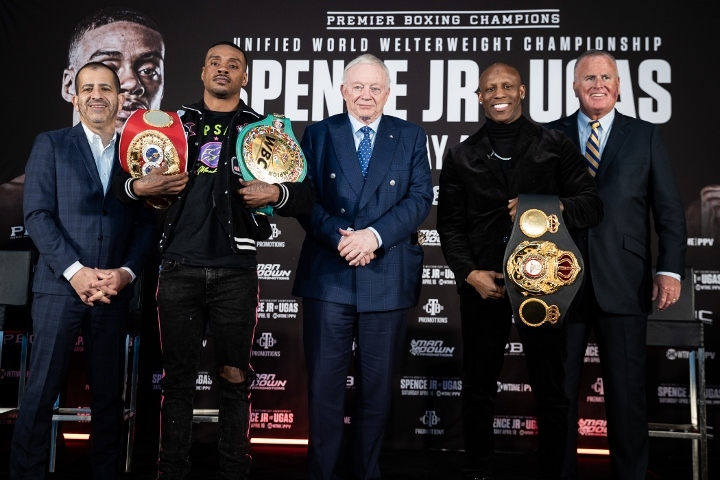 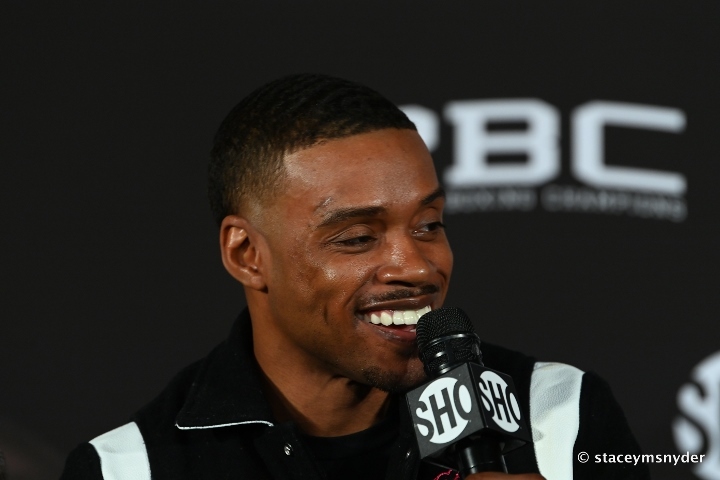 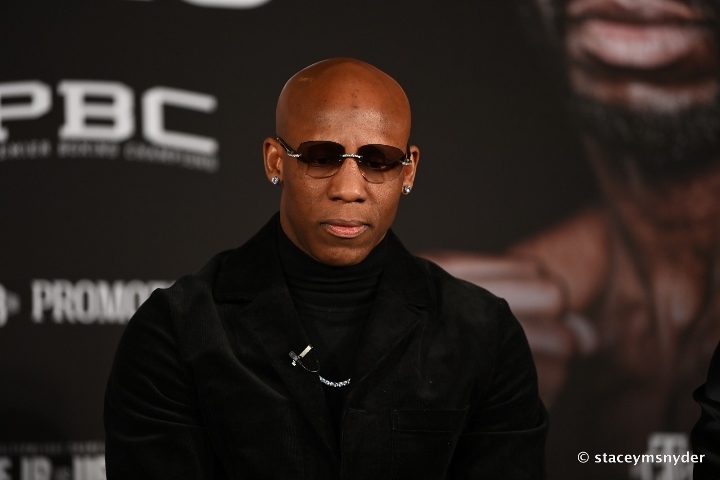 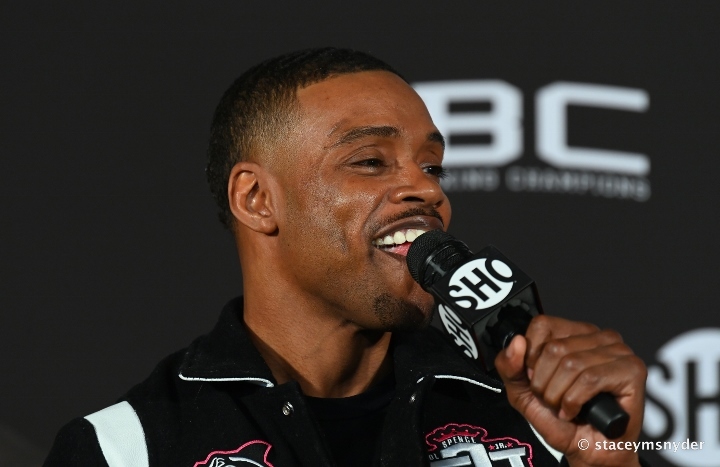 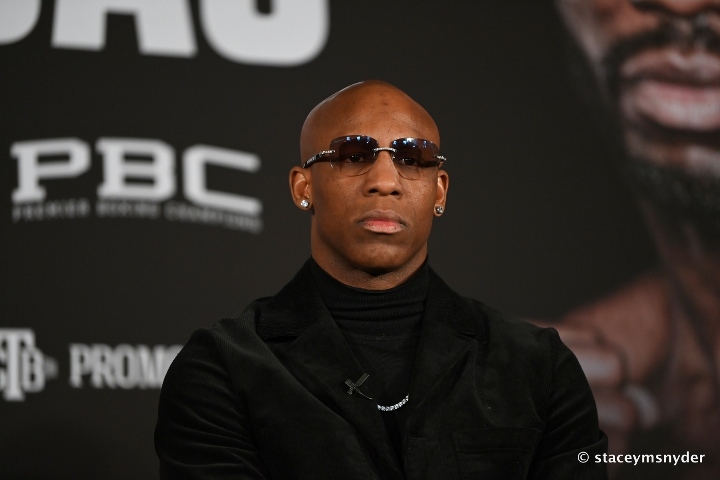 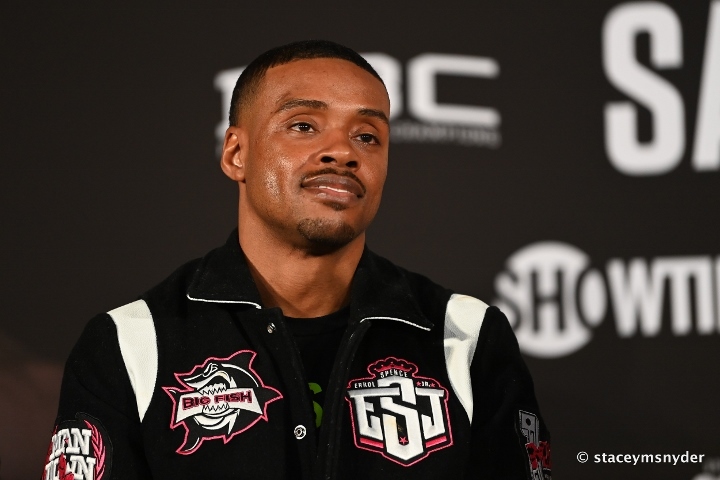 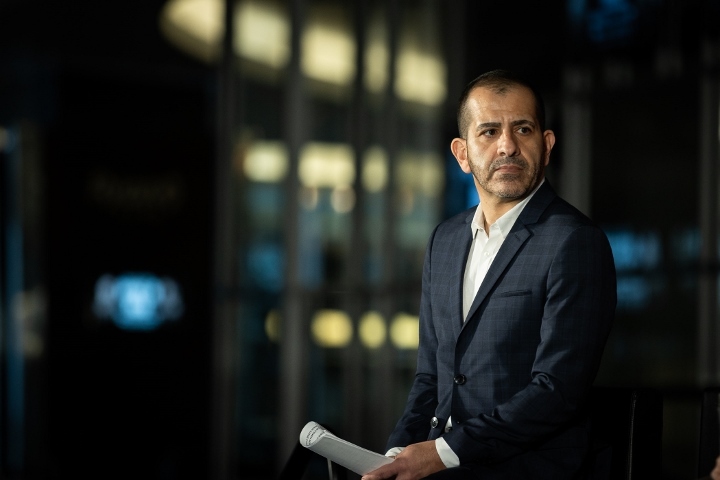 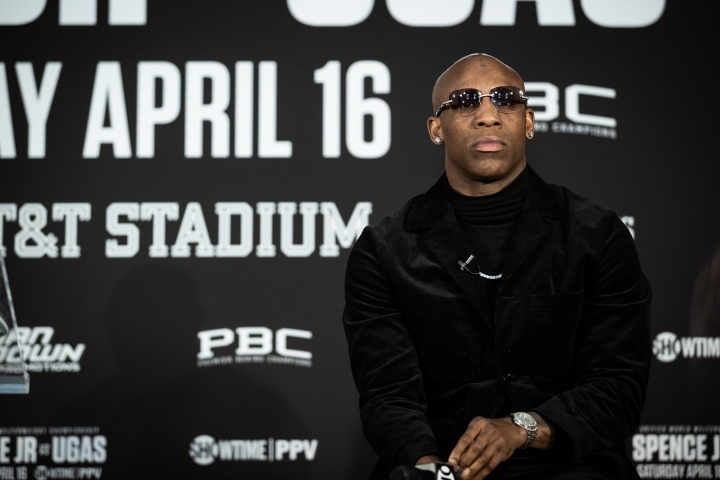 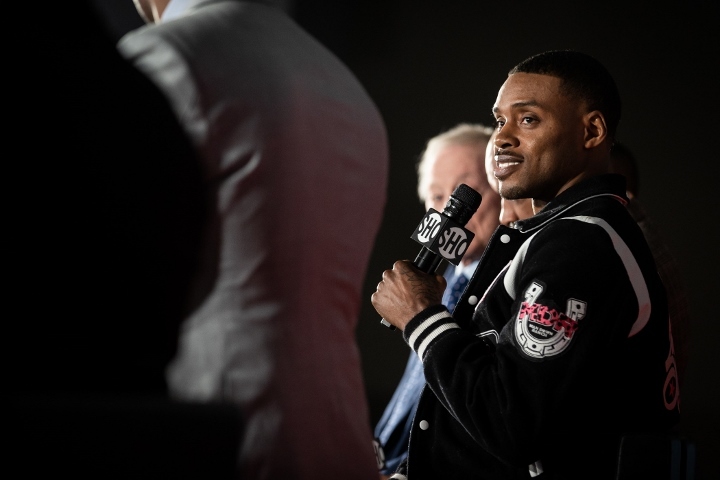 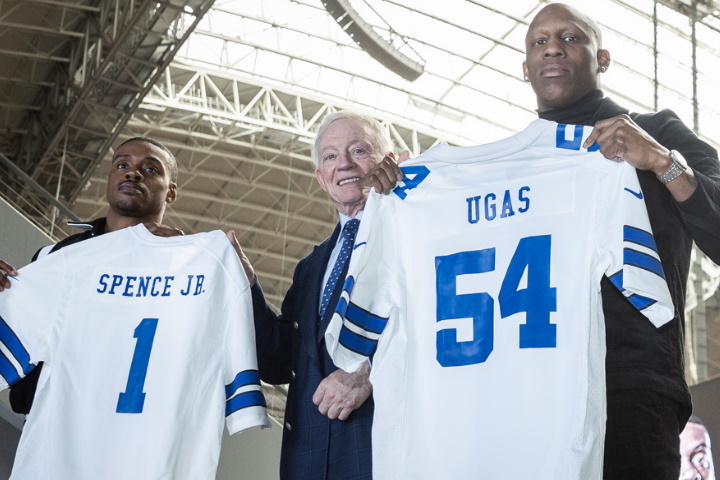