Tuscon, Arizona - Emanuel Navarrete did it again. The WBO junior bantamweight world champion defended his title against the man he beat five months prior, Isaac “Royal Storm” Dogboe, via 12th-round TKO. Navarrete won a unanimous decision versus Dogboe (20-2, 14 KOs) in their first meeting last Dec. 8 at Hulu Theater at Madison Square Garden, and the rematch was more of the same.(photos by Mikey Williams). 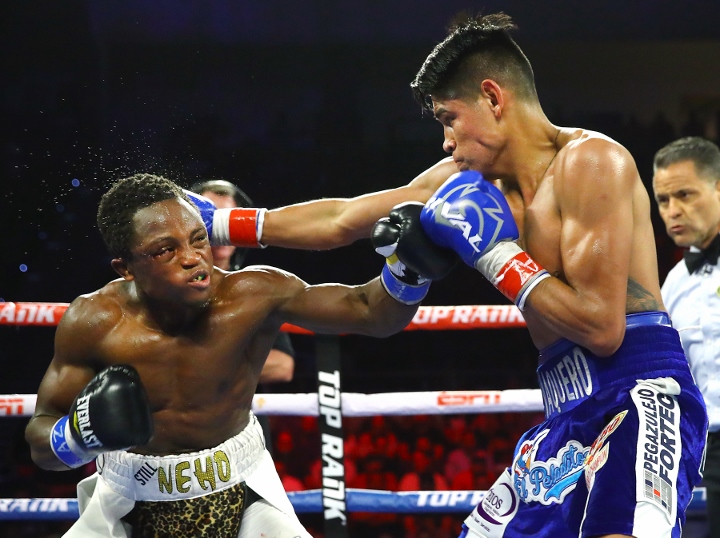 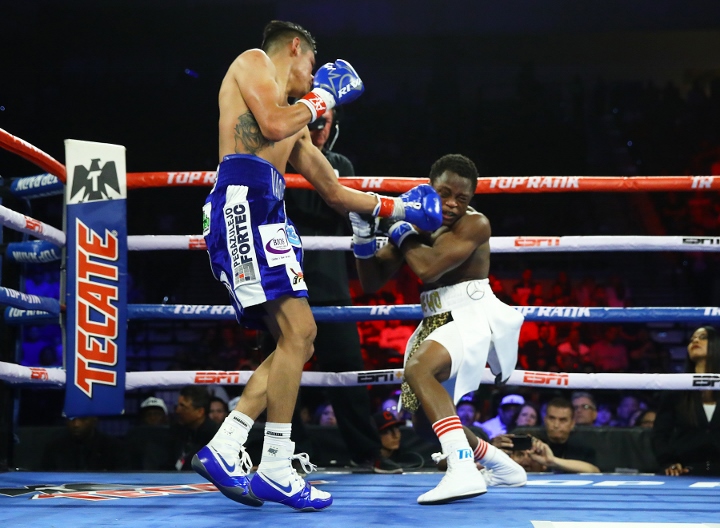 Navarrete (27-1, 23 KOs) scored knockdowns in the sixth and 12th rounds. Following the knockdown in the 12th, Dogboe’s father and trainer, Paul Dogboe, threw in the towel. 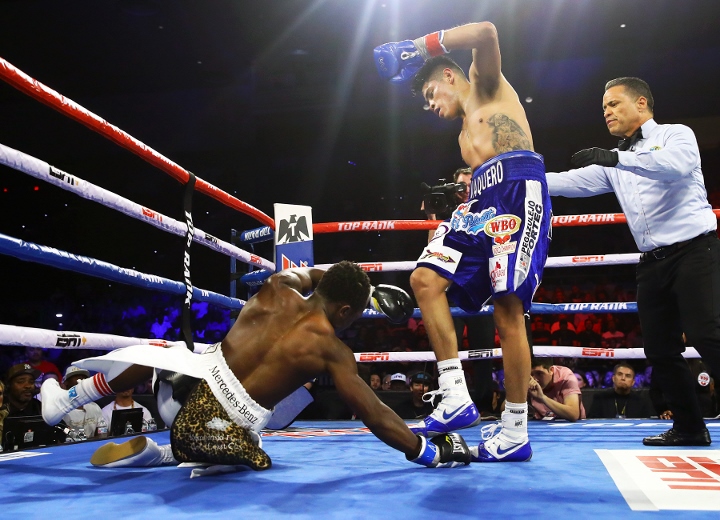 The CompuBox stats told the story of the bout. Navarrete landed 314 punches, 215 of which were power shots. Meanwhile, Dogboe landed only 121 of 523 punches. 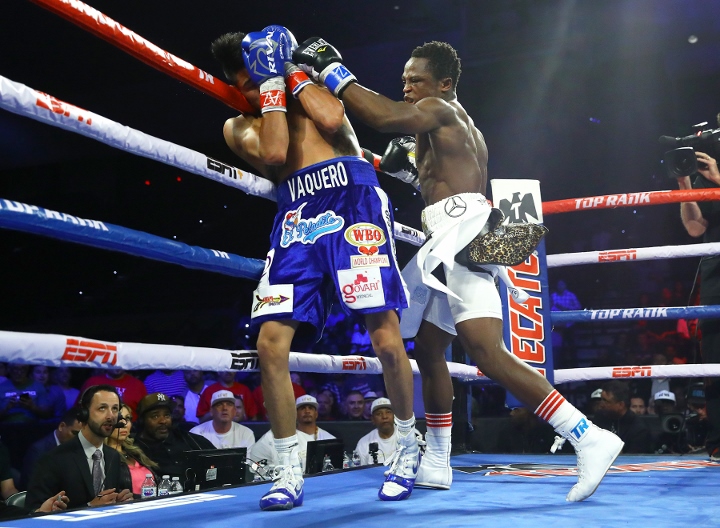 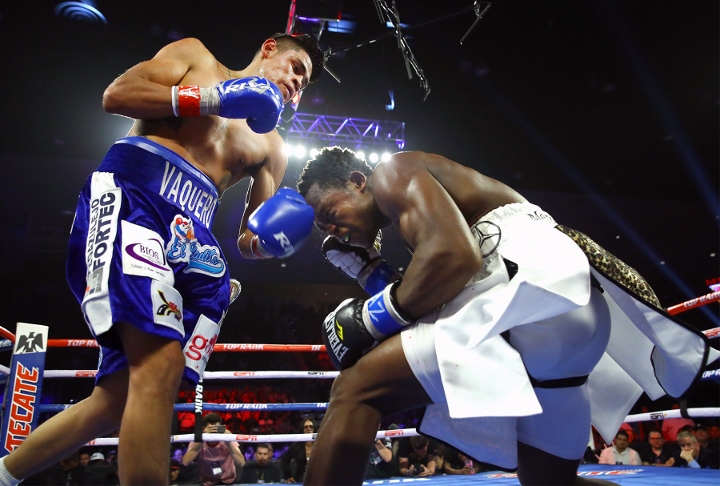 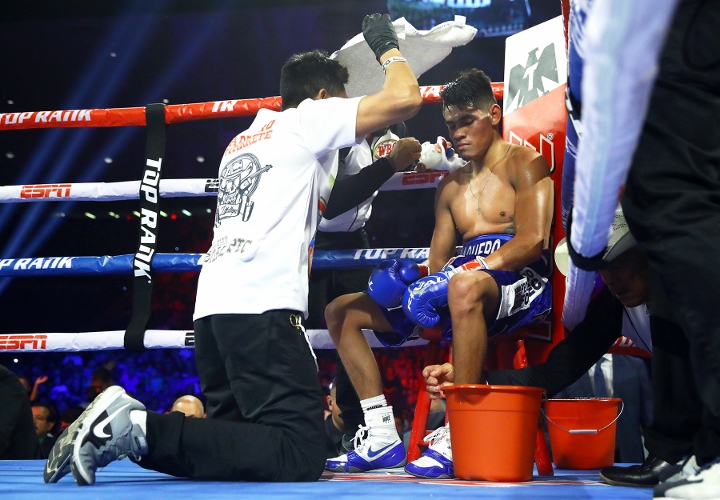 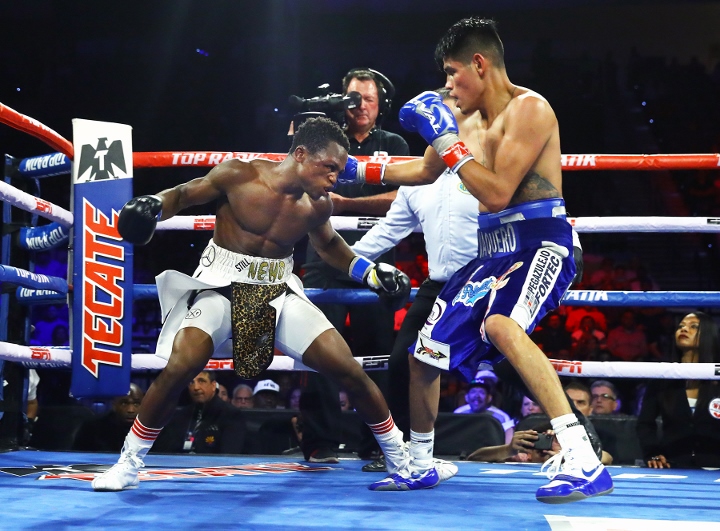 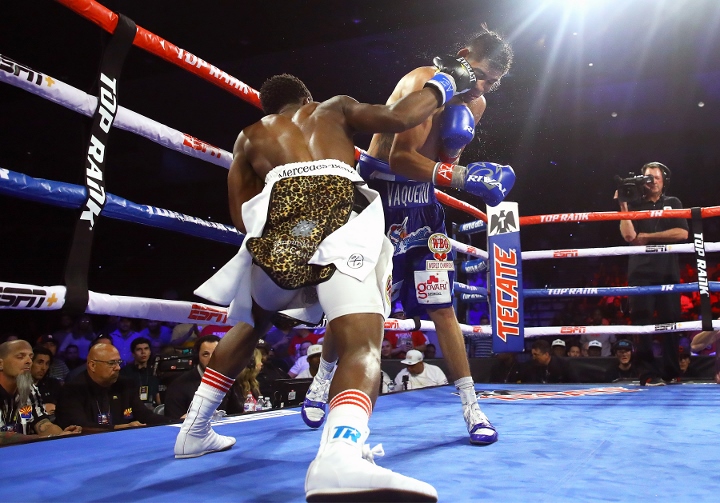 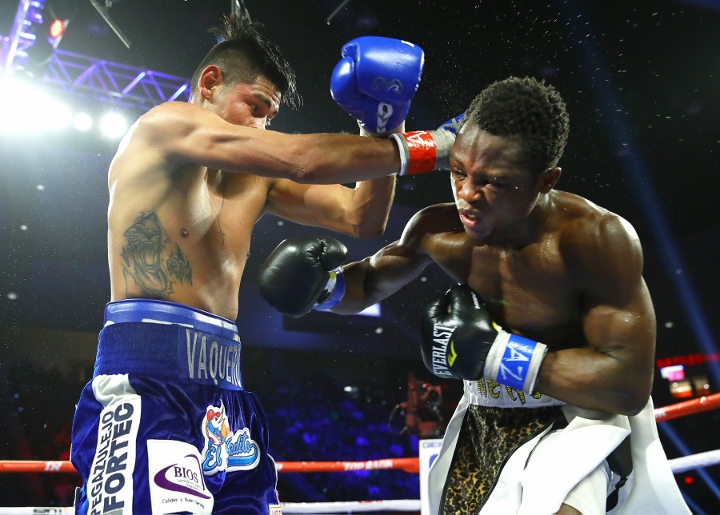 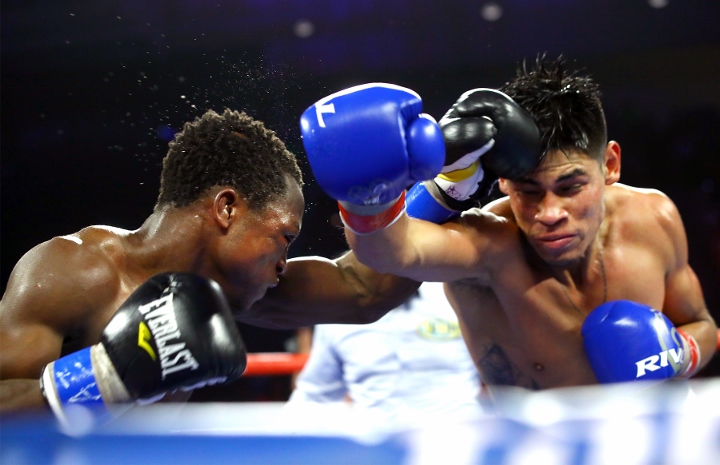 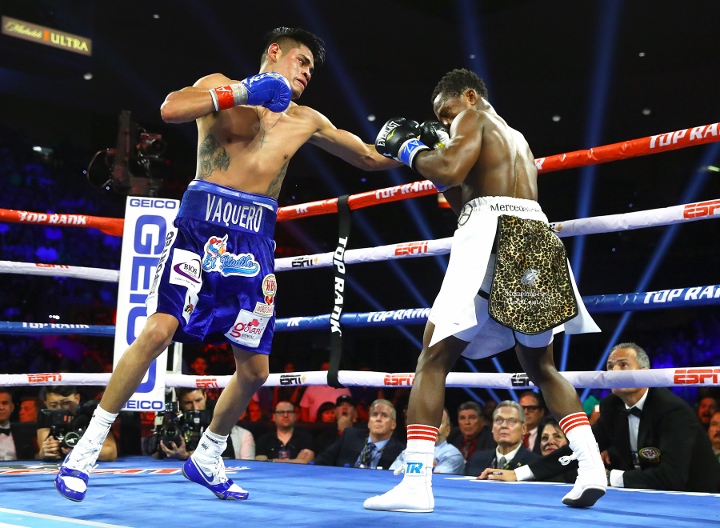 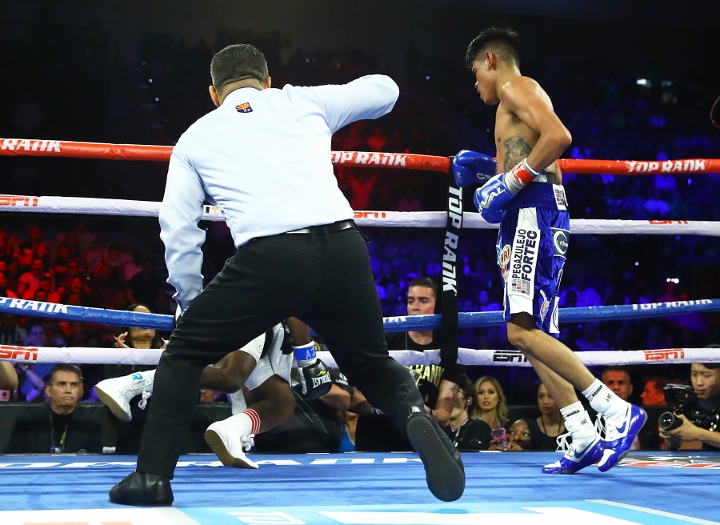 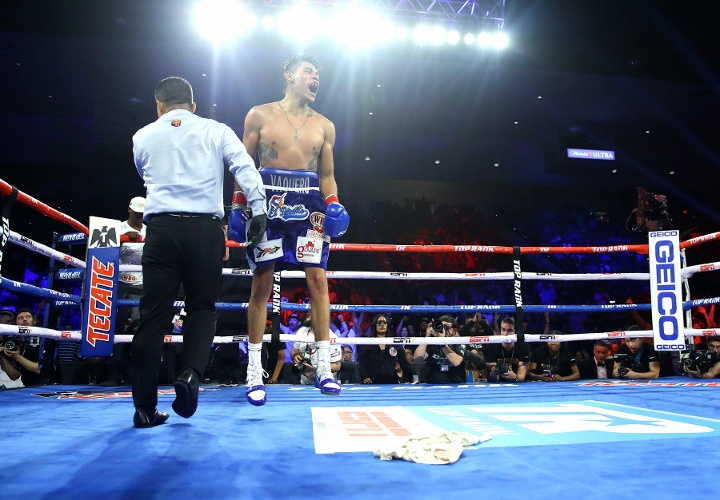 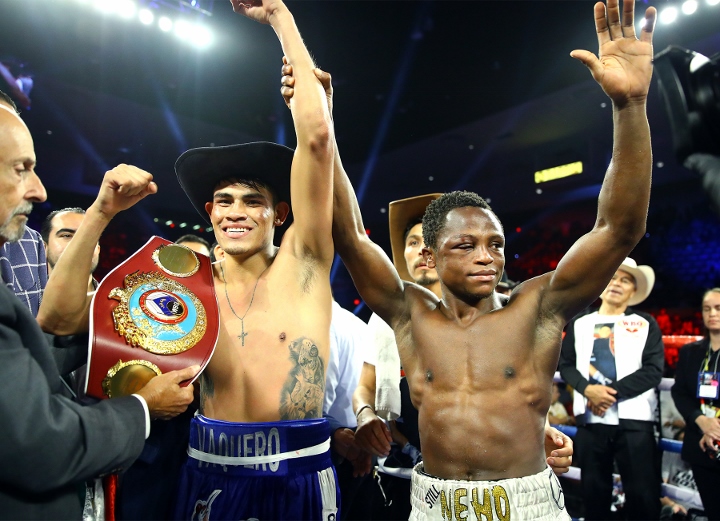 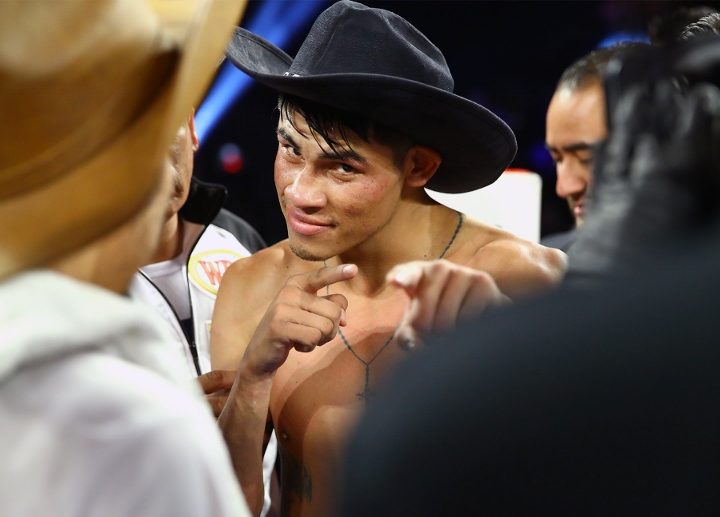 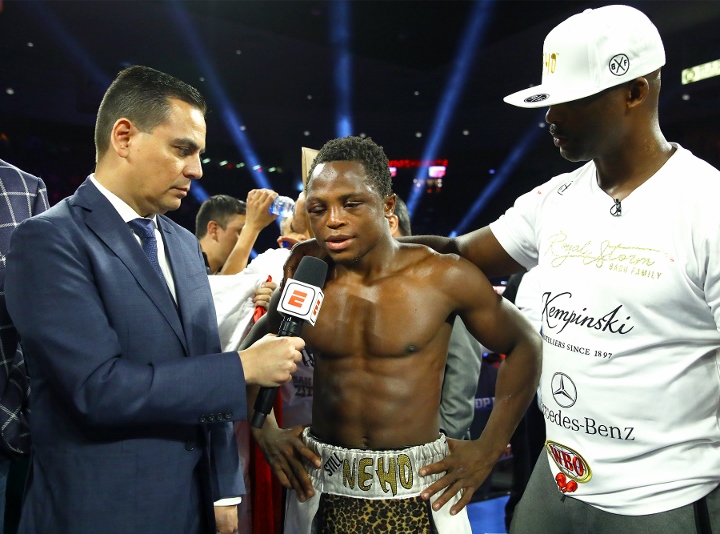 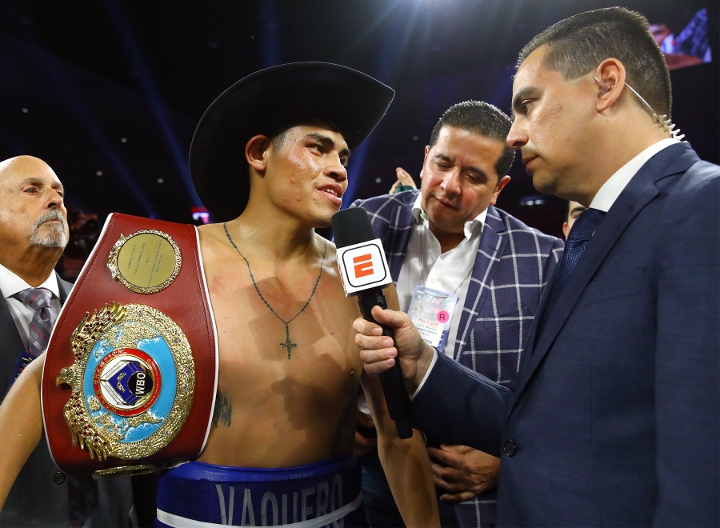 [QUOTE=Mexican_Puppet;19738822]And who will be the winner?[/QUOTE] I'd say Navarrete would beat Nery, UD

[QUOTE=Realizniguhnit;19738693]Exactly guys like Mexican Puppet seem blind to the fact that Dogboe was at a significant disadvantage in natural size. How often does a guy 5'2 beat someone that's 5+ inches taller? Rarely if ever..[/QUOTE] He’s a quality troll so…

[QUOTE=Mexican_Puppet;19738859]Cuyo was the máster of Beristain Right now Eddye Reynoso and Alfredo Caballero are the best trainers from México[/QUOTE] I know Nacho apprenticed through Cuyo in Mexico City and opened his Romanza Gym ( Named after Roman and Zaragosa ).…

[QUOTE=OCPancho;19738846]Cuevas lost to Andy the Hawk Price. Still got the title shot few months later because his manager, Cuyo Hernandez, was the most influential manager then. Cuyo was one hell of a boxing trainer though. Had a few boxing innovations.…