Kelly was putting together and landing very good punches in the first round. Avanesyan was unable to get off with a lot of his punches early in the second and his legs were rocked by a good hook during an exchange. He began to land a few good shots near the end and Kelly sustained an odd cut on the back of his head. 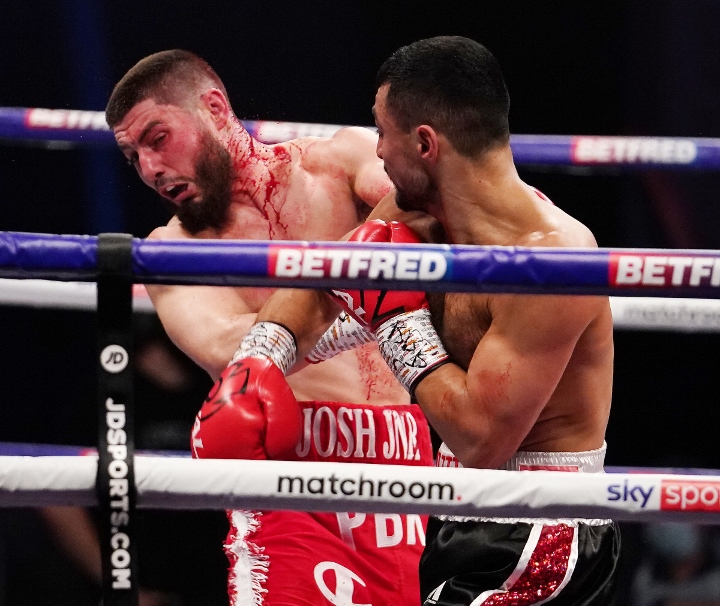 The third was closer, as Avanesyan landed solid punches and Kelly was really boxing well off the jab. Another close round in the fourth, as Avanesyan was starting to come on with his punches. Kelly appeared to suffer another cut, possibly from a punch, above his right eye. During the fifth, Avanesyan was really pressing forward and looking to make it a fire fight with Kelly, who was willing to scrap and staying on the inside for far too long. 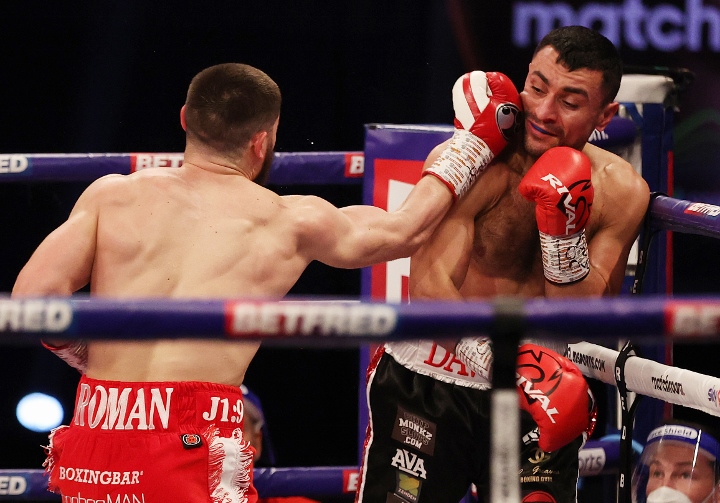 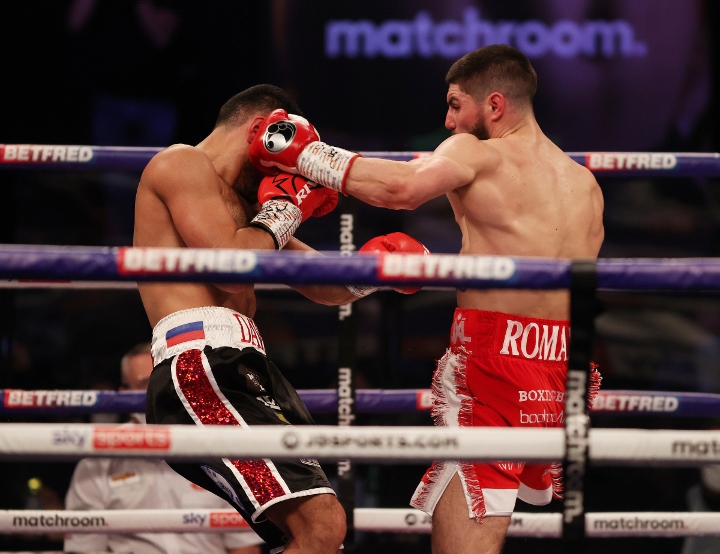 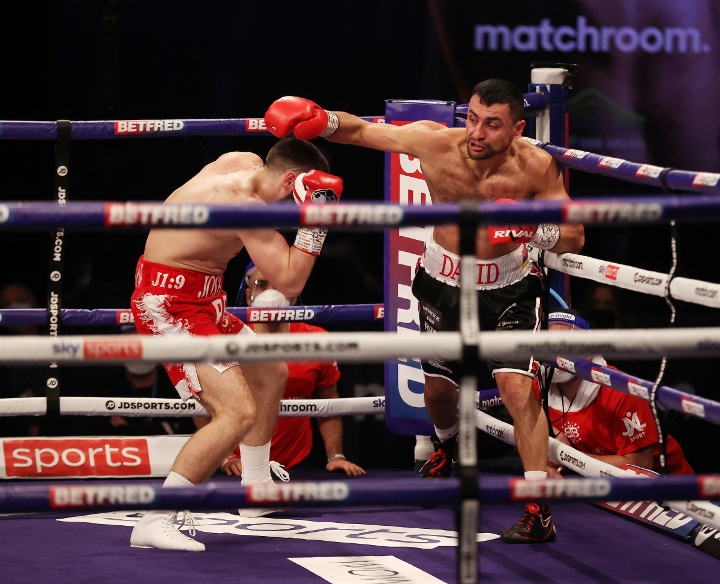 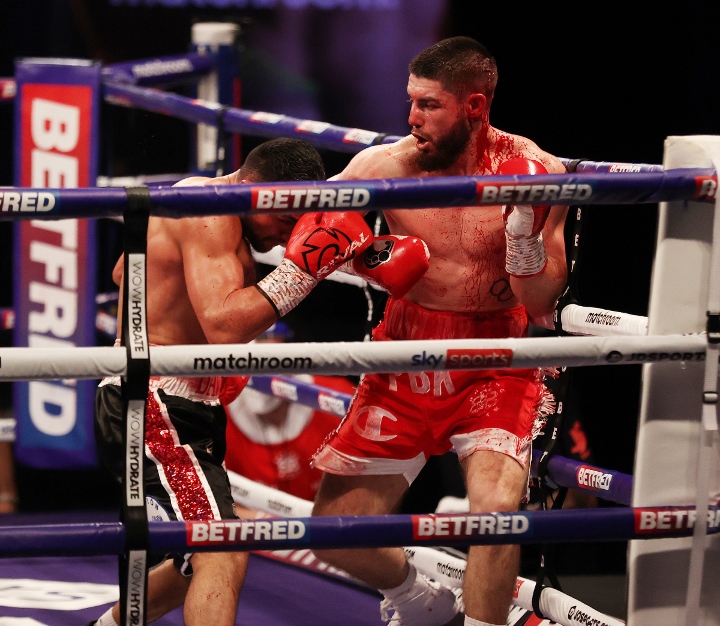 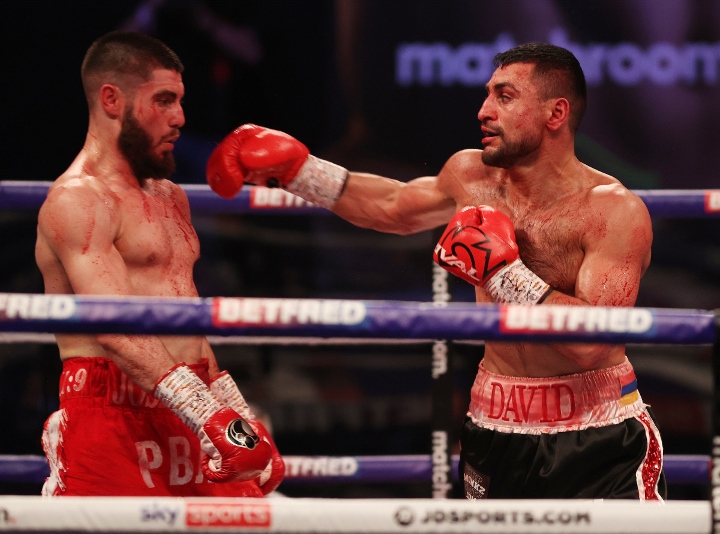 Avanesyan was connecting more often with big shots in the sixth and forced Kelly down with several hard connects. Kelly beat the count, but then Avanesyan continued to batter him with punches to score a second knockdown - forcing Kelly's corner to throw in the towel. 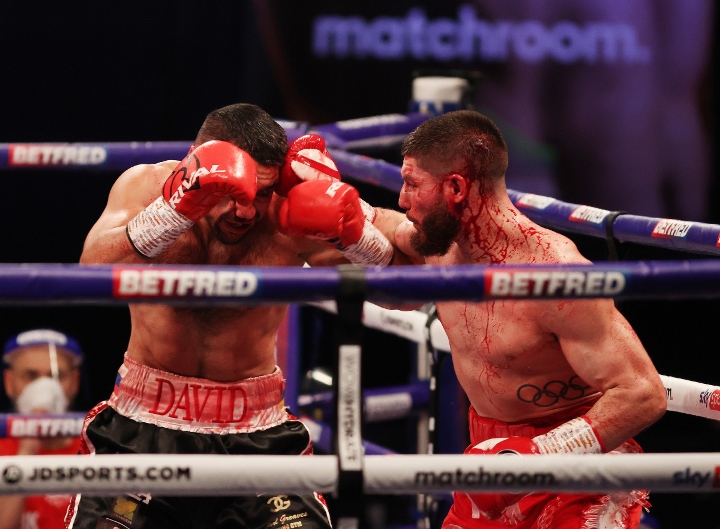 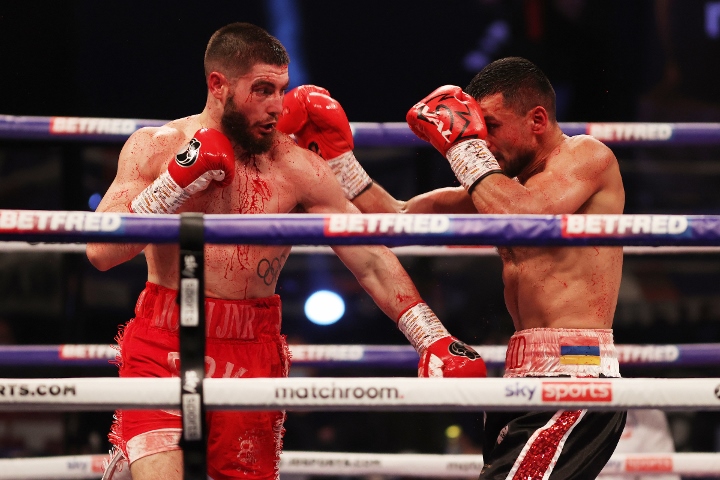 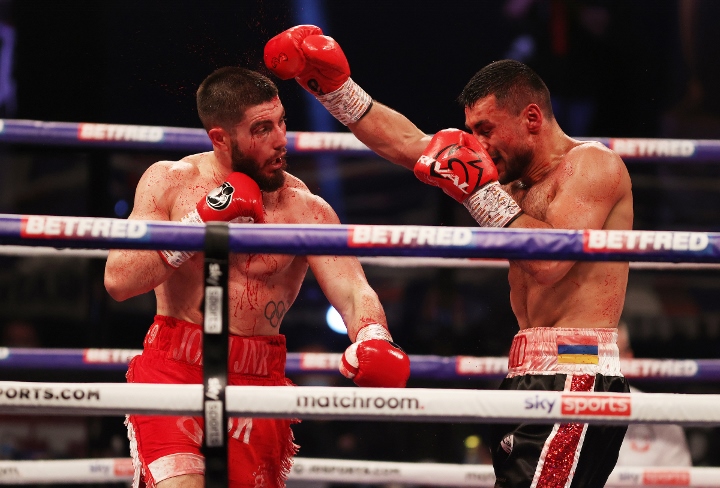 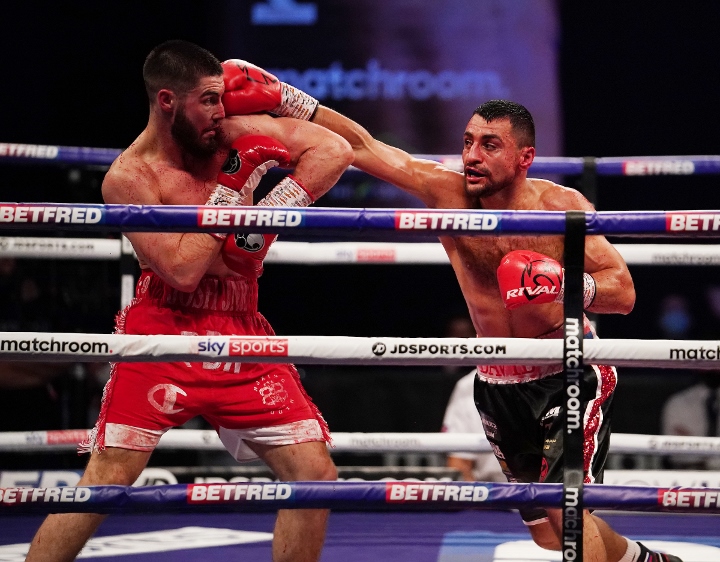 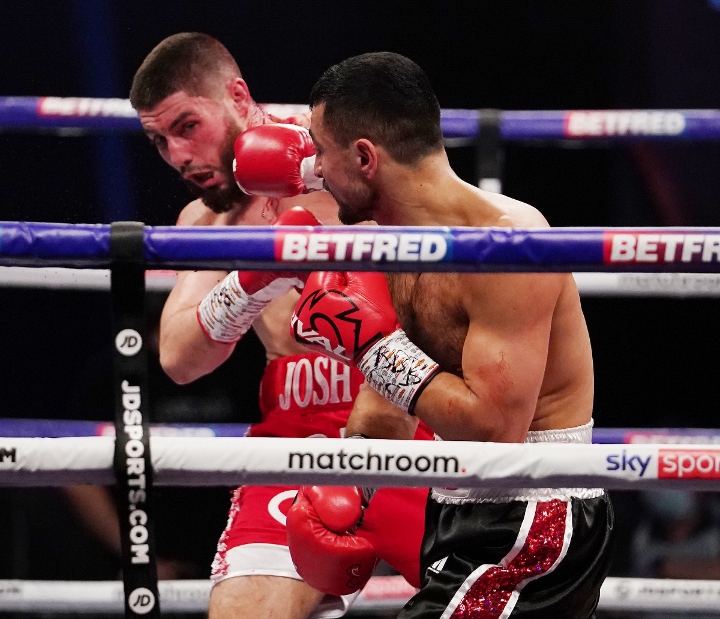 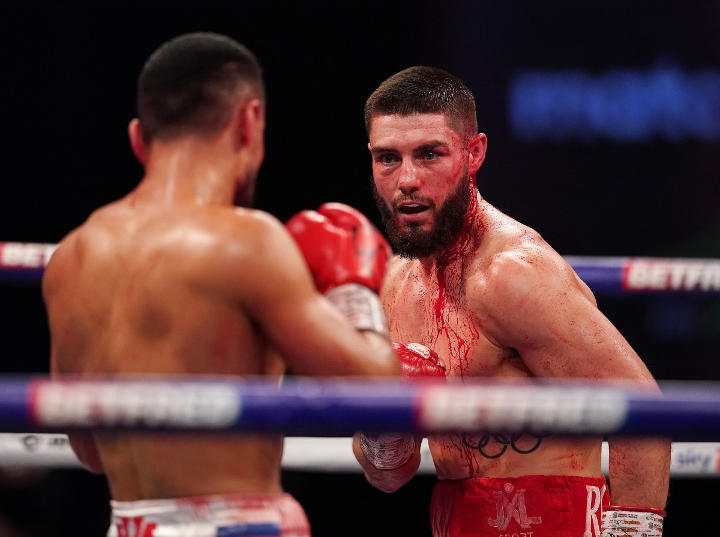 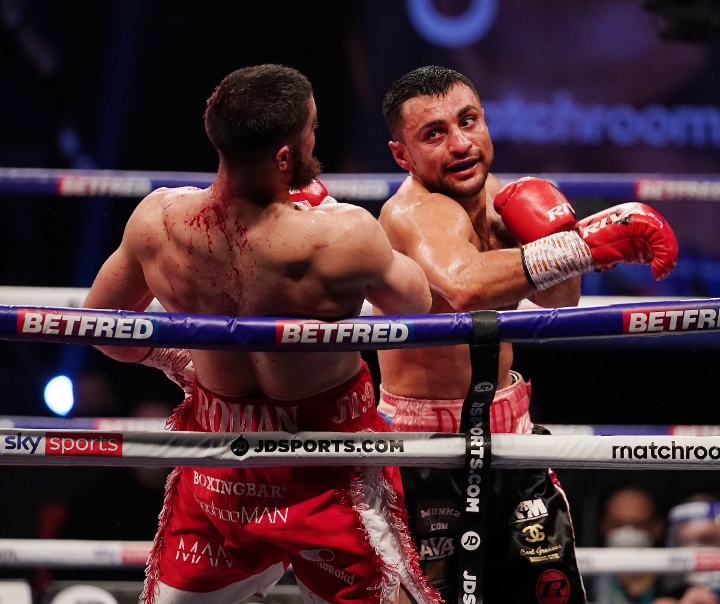 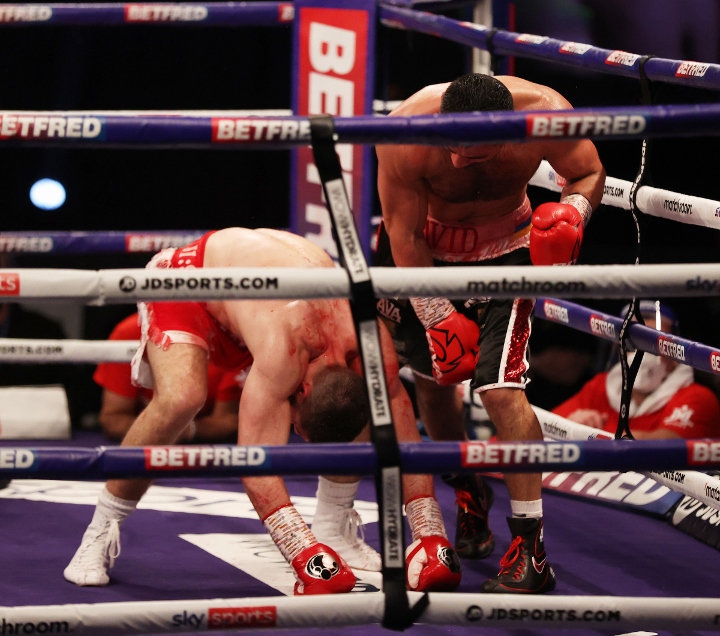 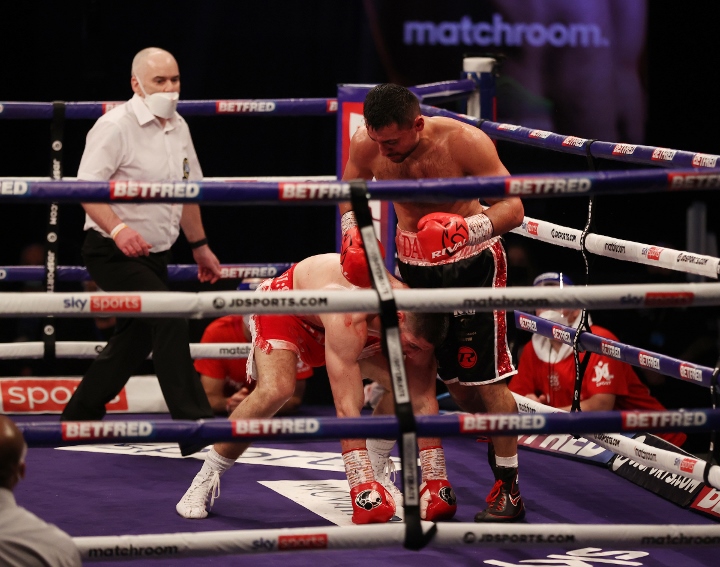 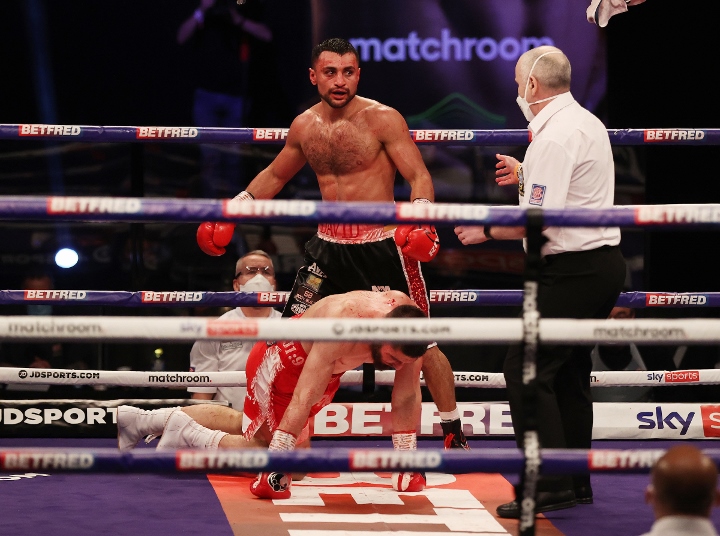 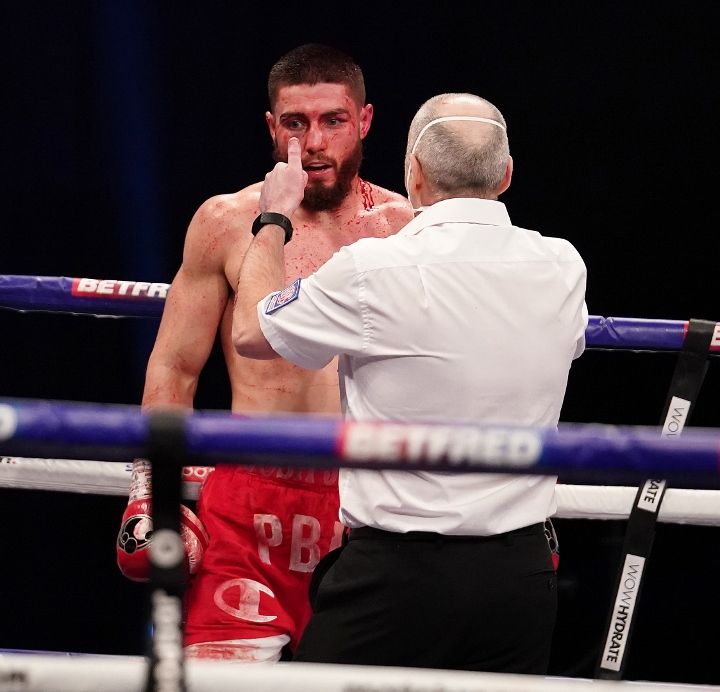 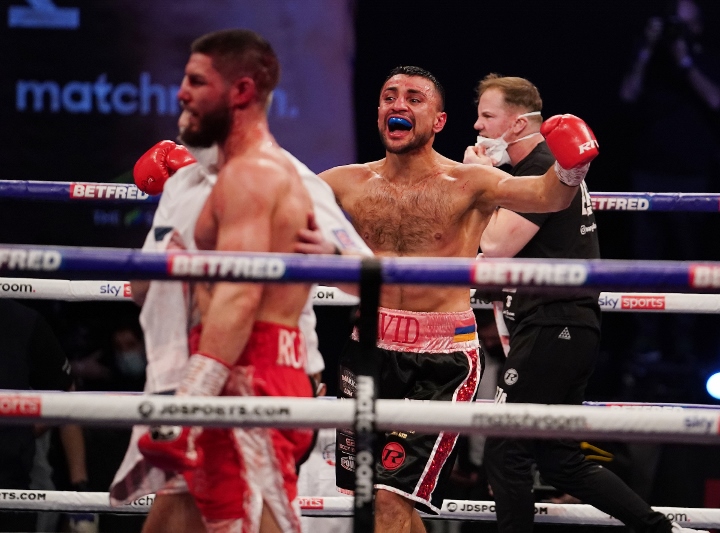 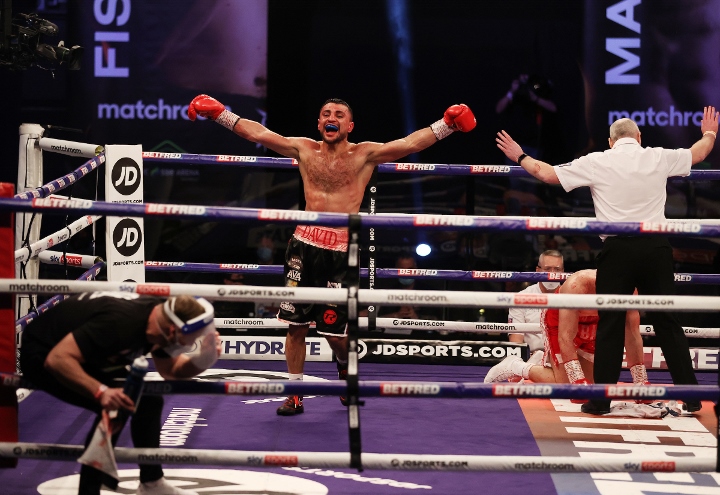 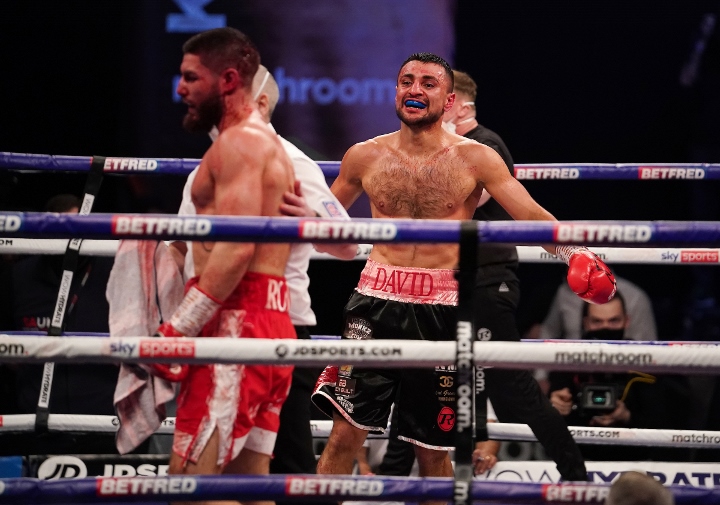 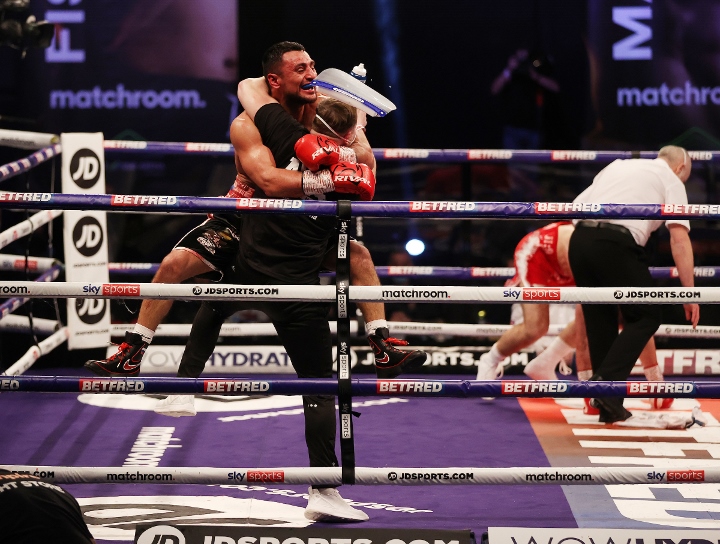 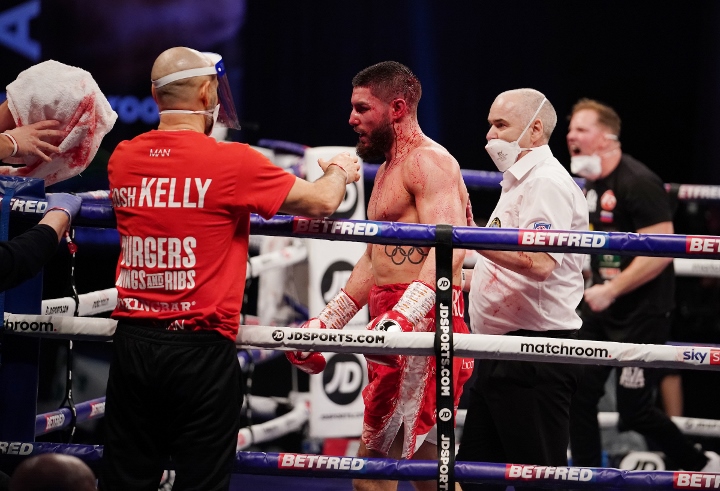 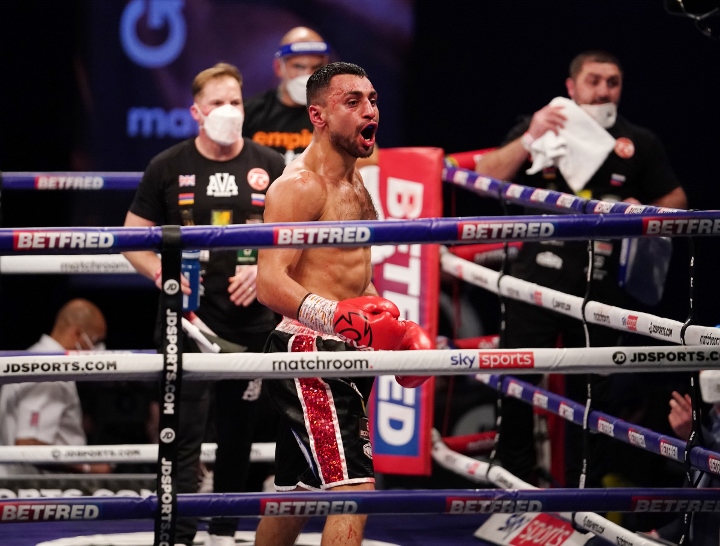 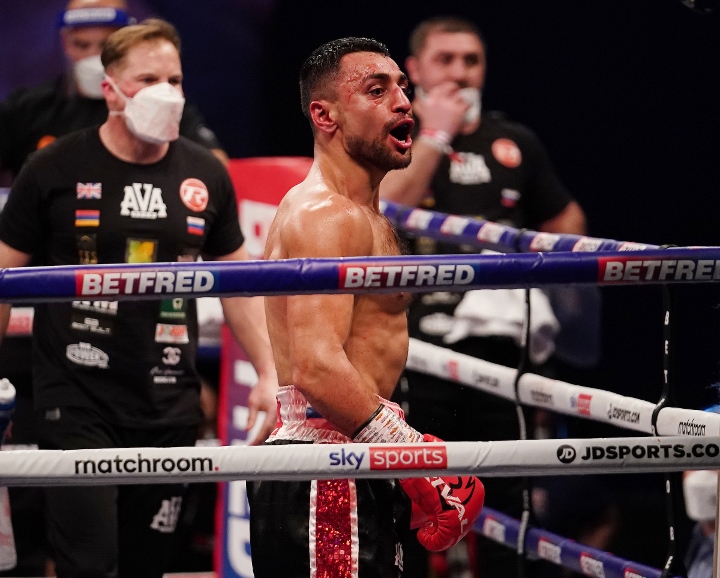 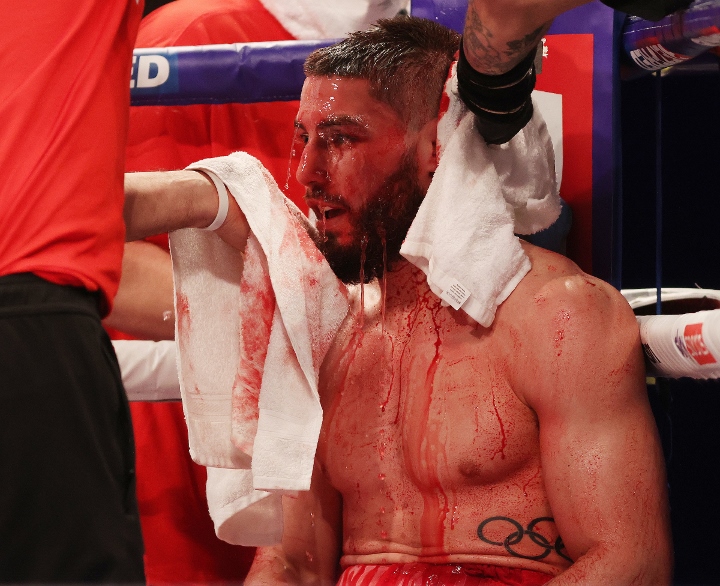 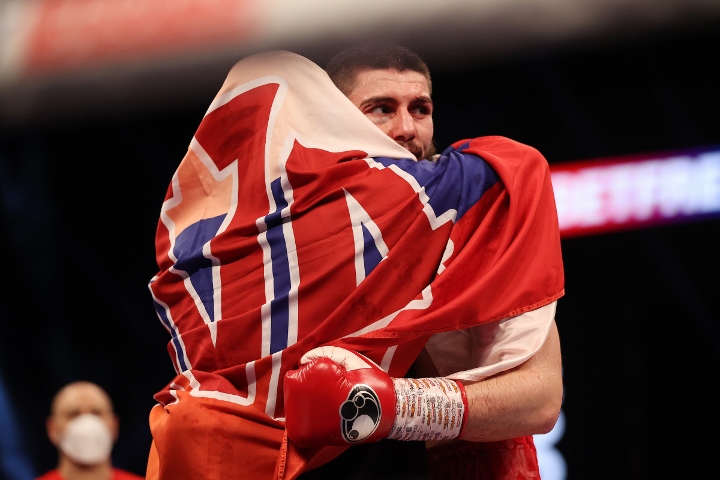 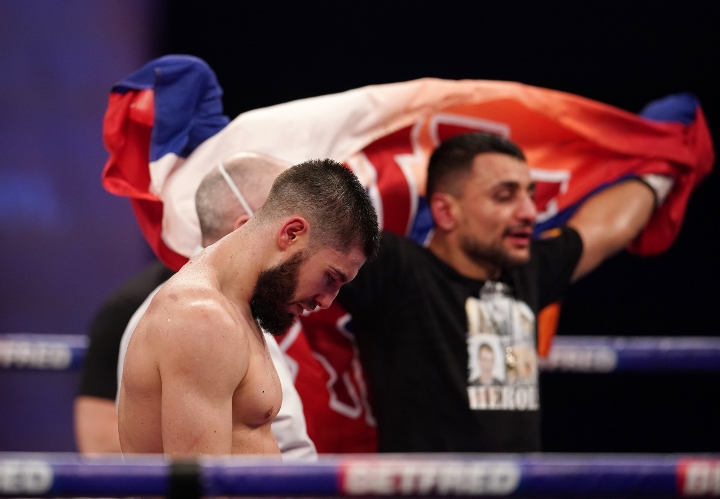 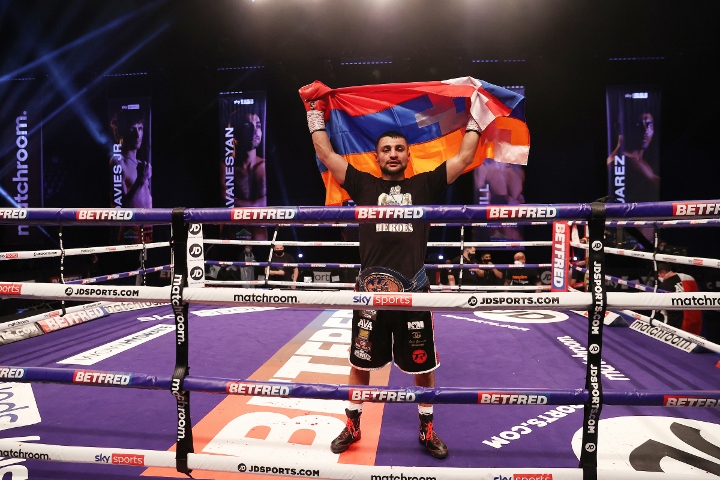 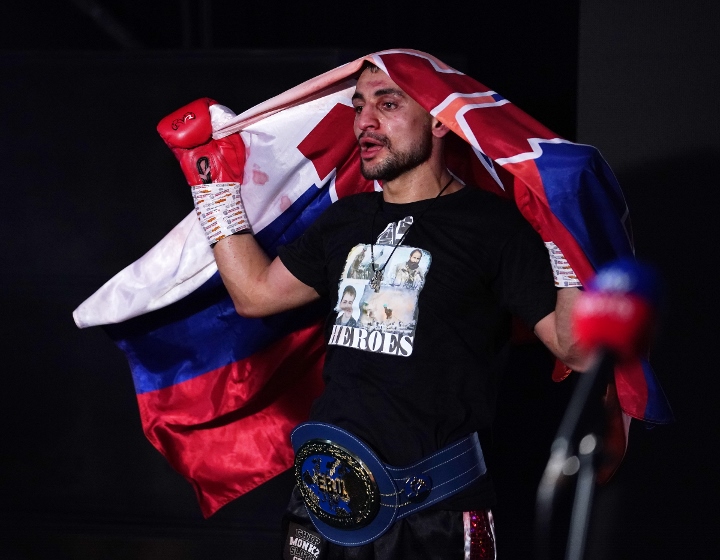