Tottenham Hotspur Stadium - For the WBA "regular" heavyweight title, Daniel Dubois (19-1, 18 KOs) was put down three times in the first round, but came back to stop Kevin Lerena (28-2, 14 KOs) in the third round. (photos by Mikey Williams, Queensberry) 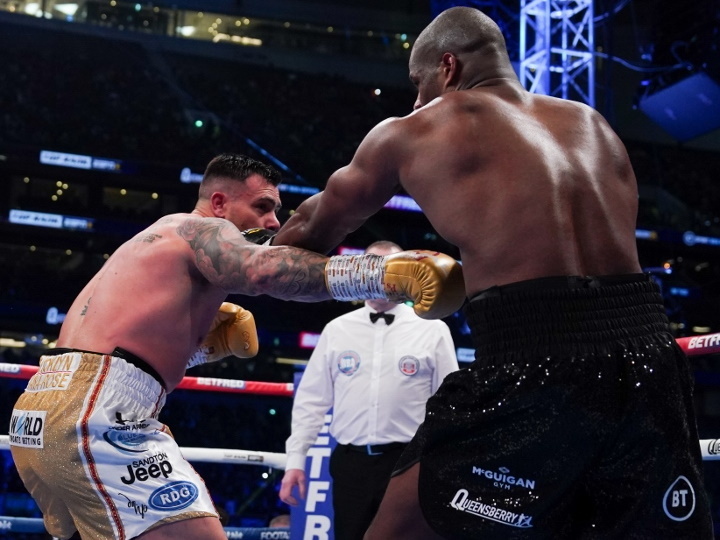 In the first round, Lerena connected with a solid combination to drop Dubois. A moment later, Dubois was dropped again for a second time, but seemed to go down on his own to get more time to recover. At the end of the round, Dubois went down again for a third time, also appeared to go down on his own to recover. When Dubois went back to the corner, he indicated to his corner that he suffered some type of a leg injury. 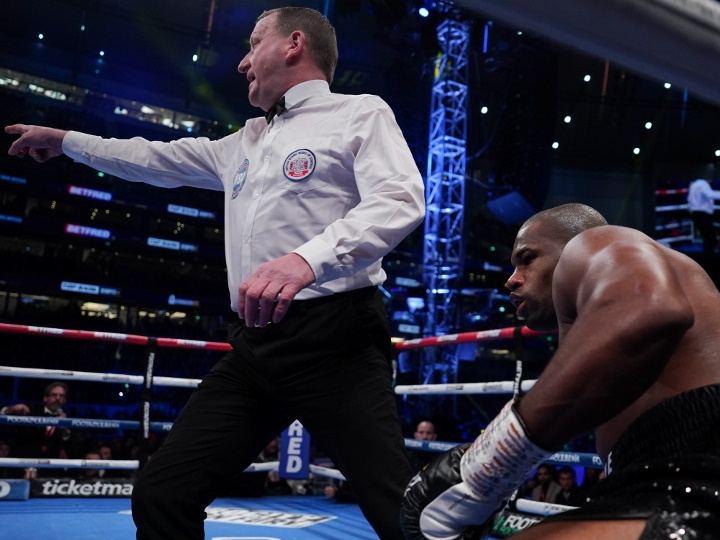 Dubois was trying to stay away and just jab in the second round. Lerena was stalking and looking to finish him off. Dubois landed a solid combination at the end of the round. Dubois was moving and jabbing in the third. Lerena was giving chase, but unable to connect. Dubois connected with a solid right to drop Lerena. Dubois went after Lerena with numerous combinations to put him in serious trouble for the stoppage win as the bell sounded. 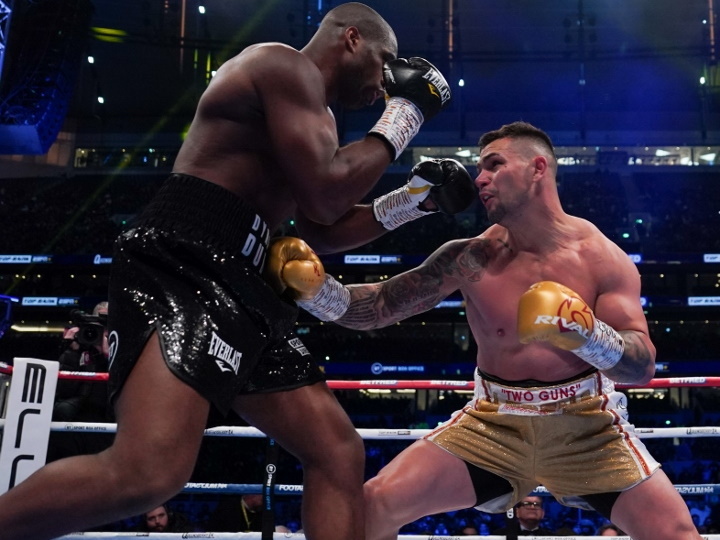 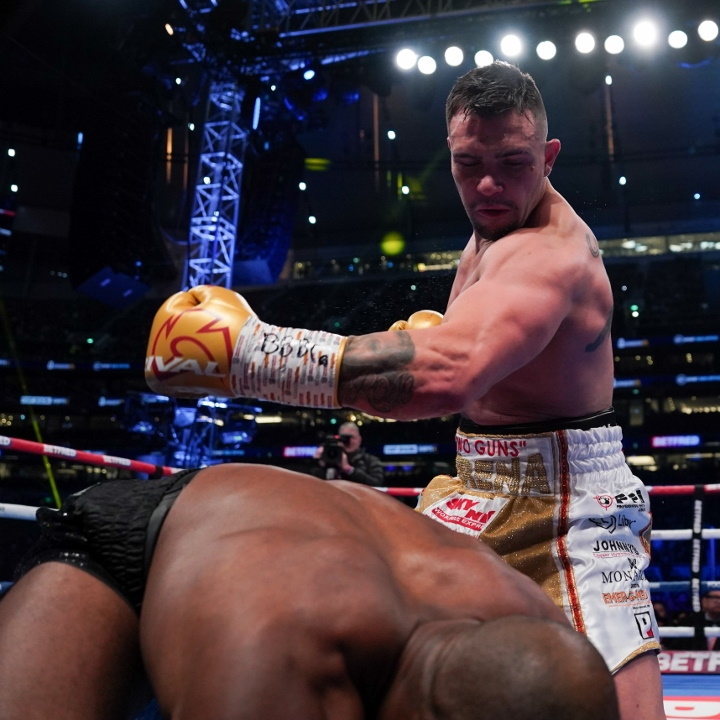 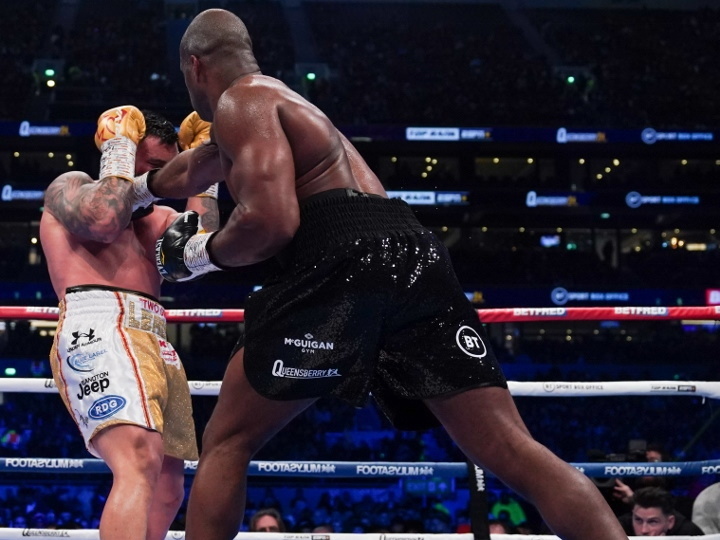 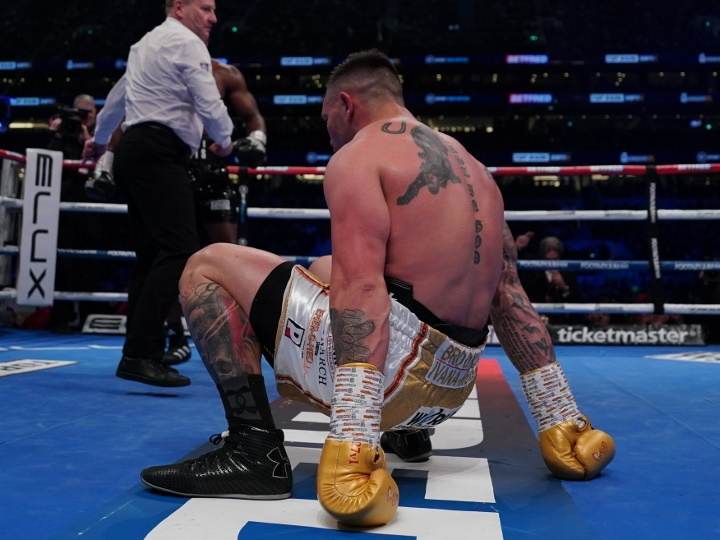 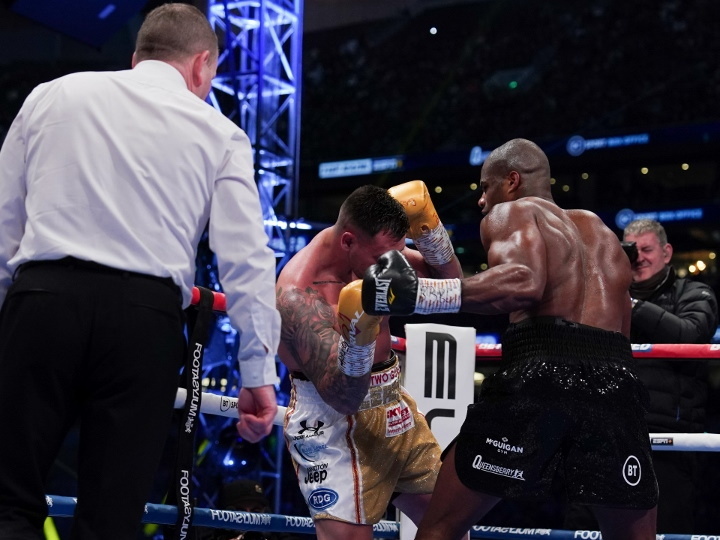 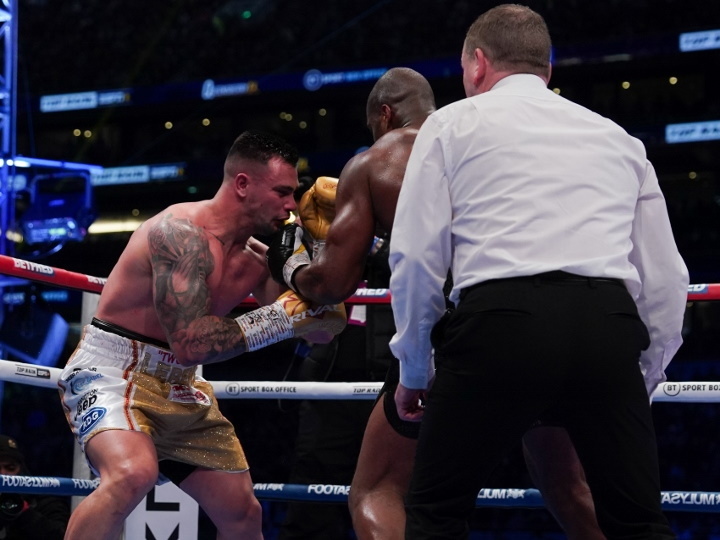 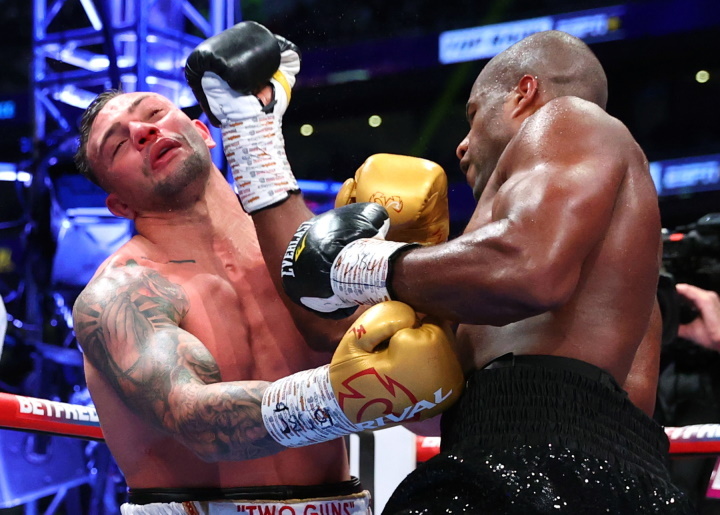 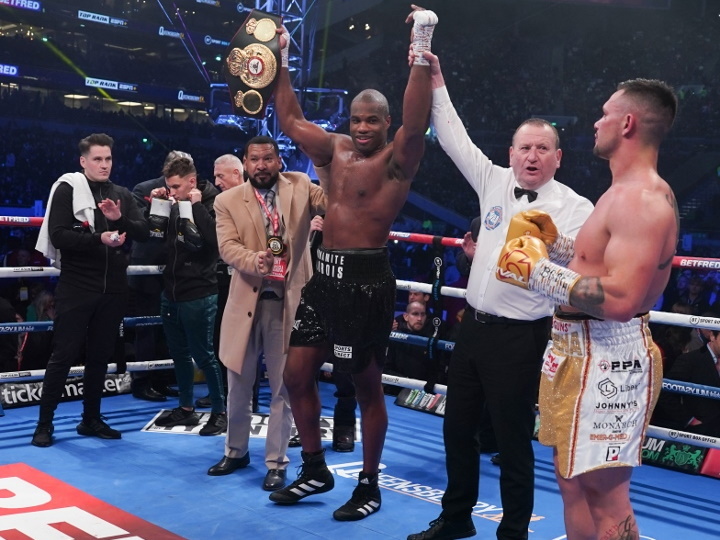 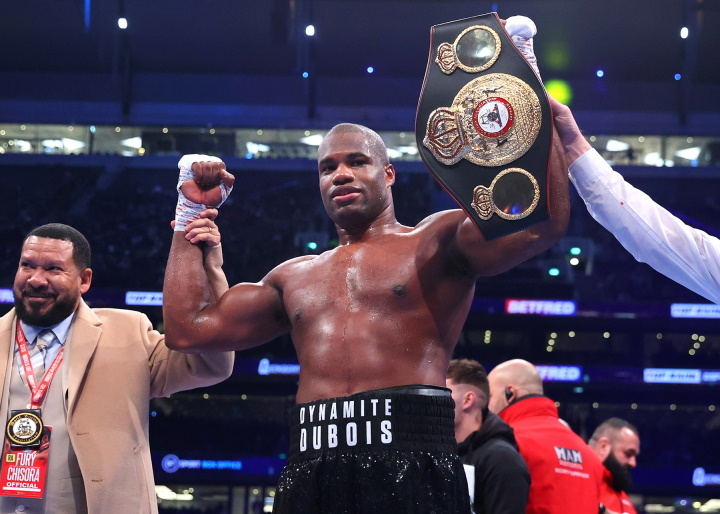 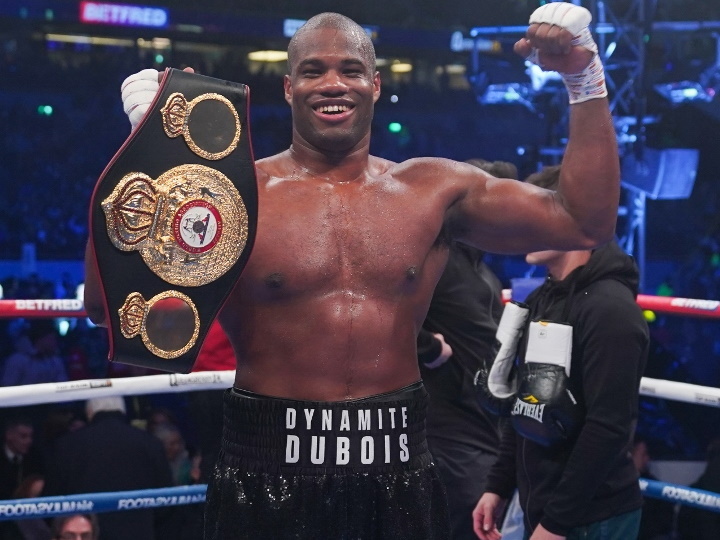