Telford International Centre, Telford - For the WBA's interim-heavyweight title, Daniel Dubois (16-1, 15 KOs) came back in full force as he demolished Bogdan Dinu (20-3, 16 KOs) with a big knockout in the second round.

Dubois was returning for the first time since suffering the sole defeat of his career, when he was stopped by Joe Joyce in their high stakes fight last November. 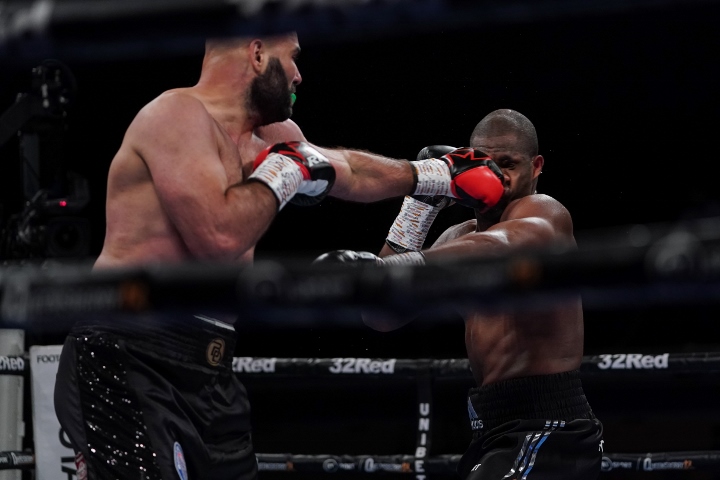 It was a devastating loss, as Dubois was ahead on the cards when a fractured orbital bone forced him to take a knee for the full count in the tenth round. 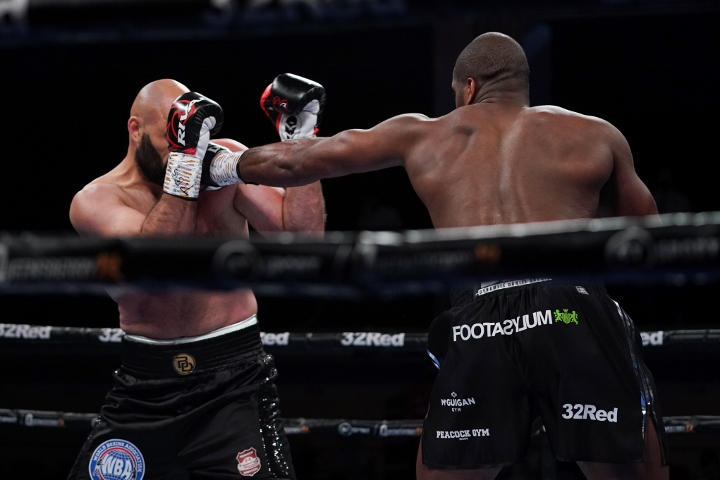 Coming in, Dinu had won two in a row by knockout since suffering back to back stoppage defeats at the hands of Jarrell Miller and Kubrat Pulev. 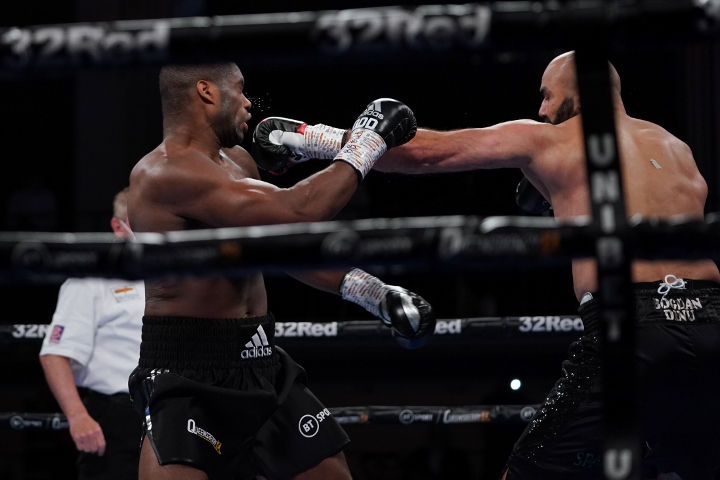 He showed no signs of rust as he came out applying pressure and firing hard punches in the first round, forcing Dinu to steer away from trouble. 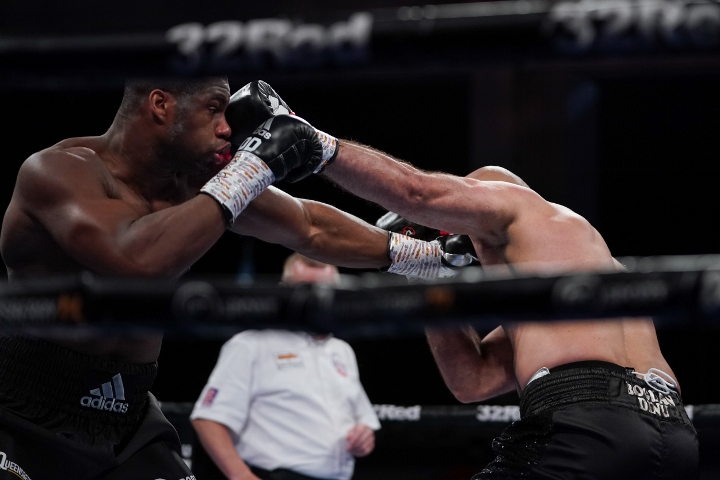 In the second, a big right hand sent Dinu down for the full count. 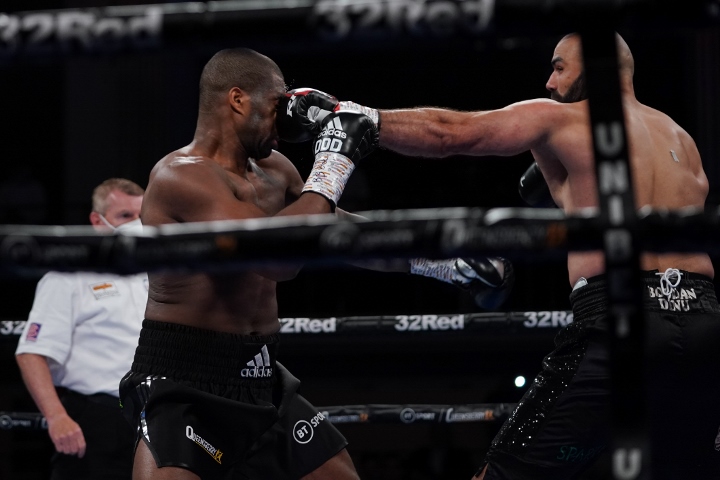 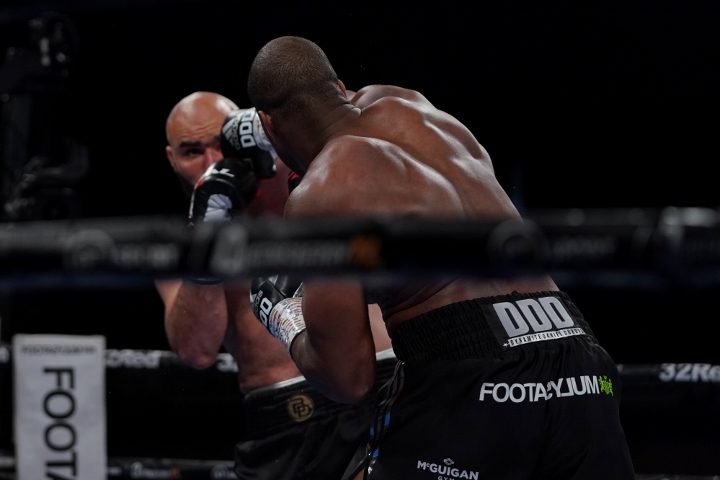 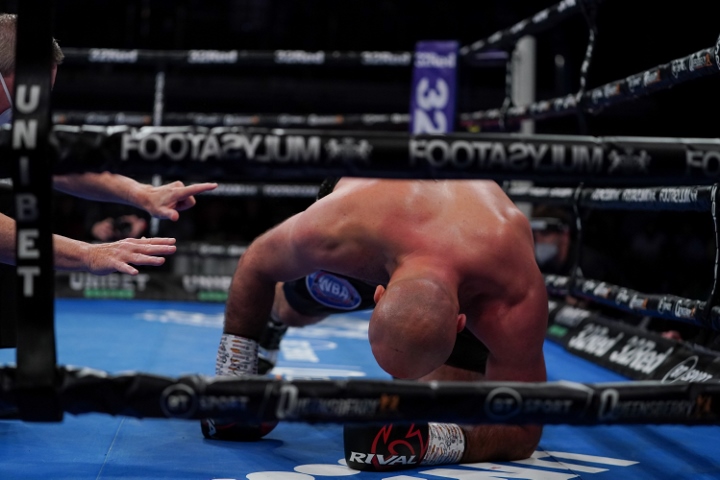 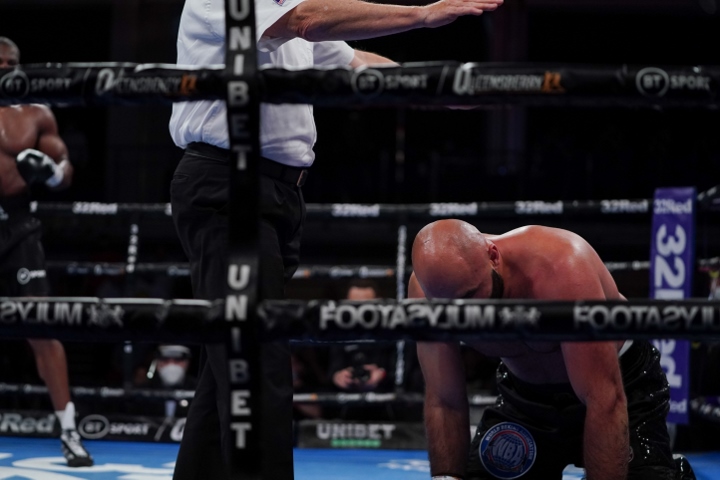 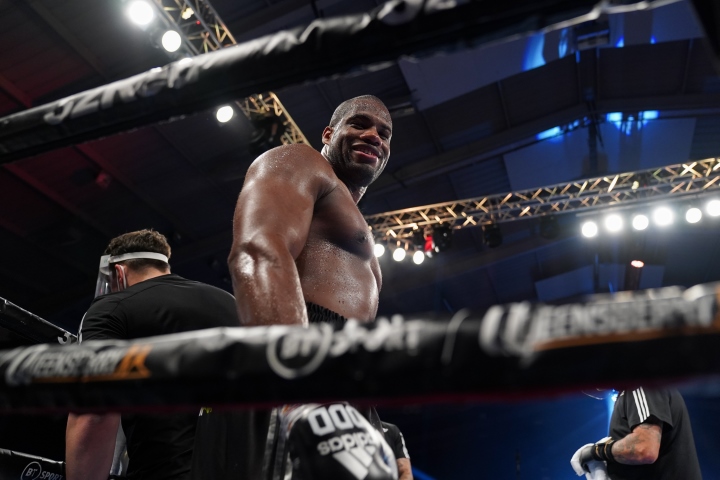 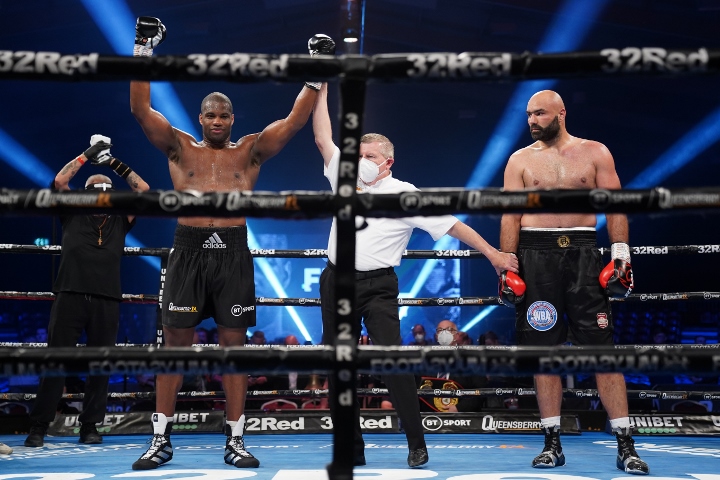 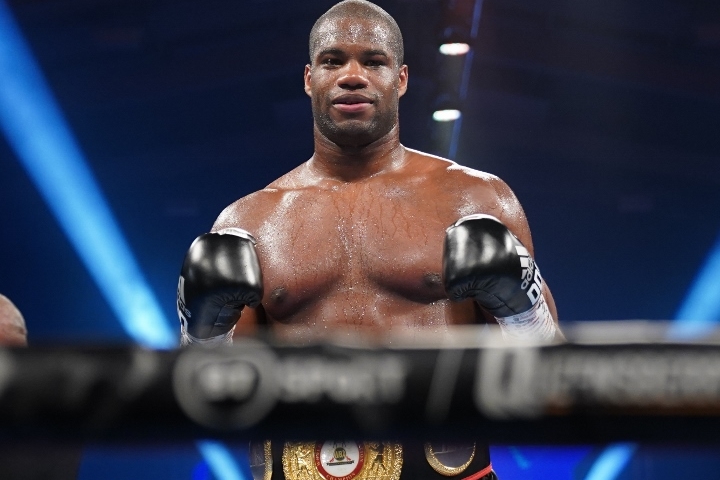