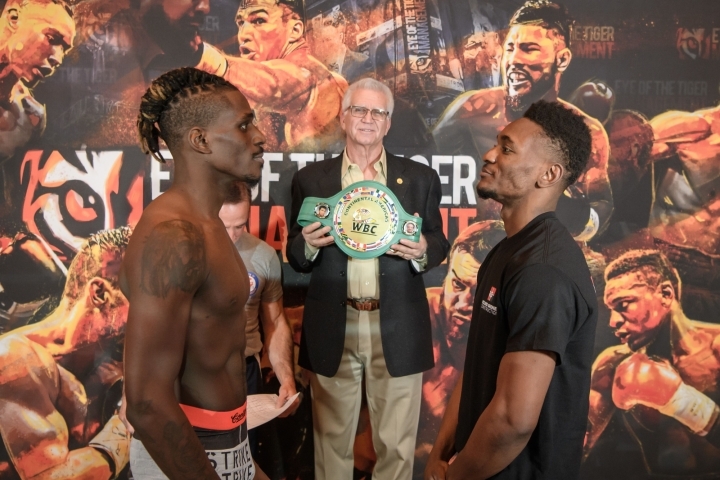 In outstanding physical condition, Christian Mbilli was first on the scale to record a weight of 165.5 pounds.  Moments later, his opponent Ronald Ellis stepped on to the scale where he was weighed twice due to a problem with the scale. On the second try, he weighed in at 168.1 lbs which was accepted by the Pennsylvania Athletic Commission. 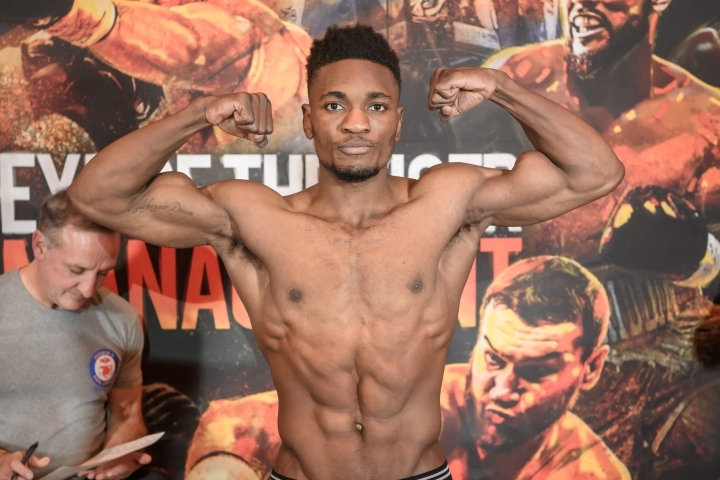 Tomorrow night, the two pugilists have promised to fight a merciless war with the intention of coming home with a WBC regional title in order to secure a much bigger name in 2022. 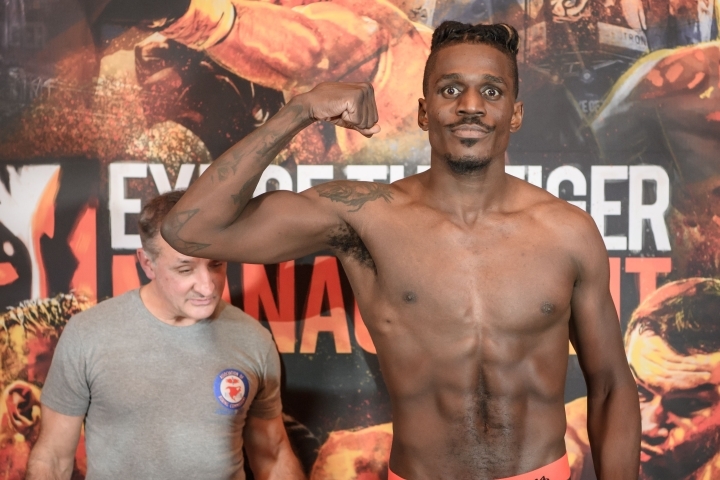