Cardiff - In a middleweight grudge match, Chris Eubank Jr. (32-2, 23 KOs) scored four knockdowns on his way to a twelve round unanimous decision over a very game Liam Williams (23-4-1, 18 KOs). 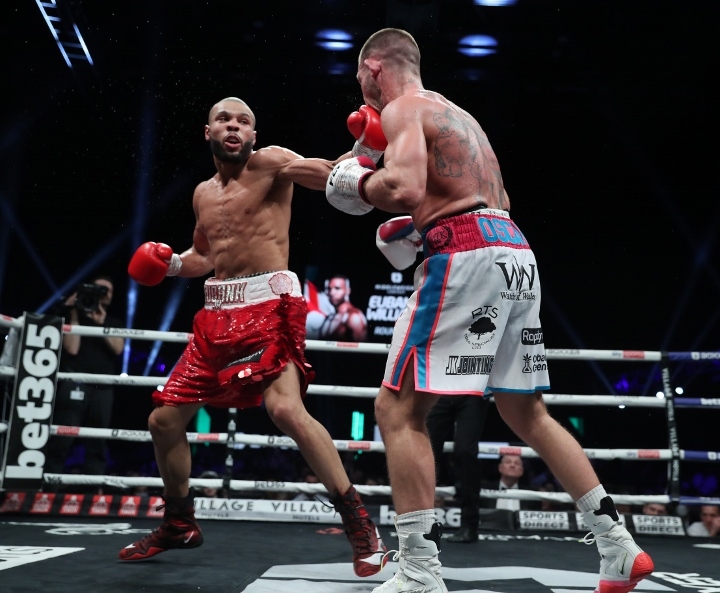 They both came out looking to establish a jab. Williams was boxing well and giving Eubank some problems. Eubank was backing up, moving and looking for counters. As Williams came in, he got dropped by a Eubank counter. Williams, who got up, was rocked a moment later. 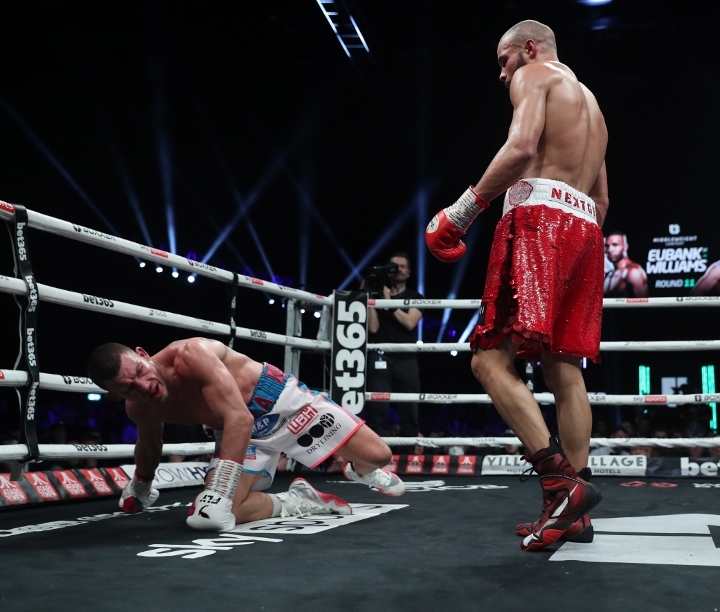 In the second, Eubank landed a rapid combination that dropped Williams for a second time. Eubank went for the finish, but was caught himself by a good shot that forced him back. Williams did better in the third, with Eubank still controlling the action. 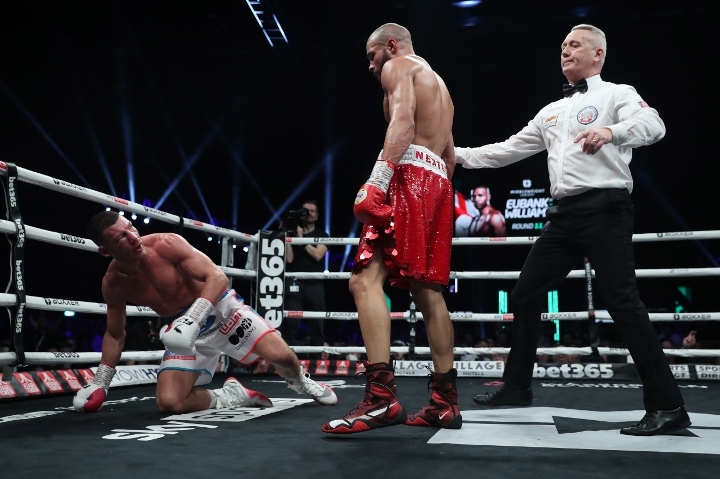 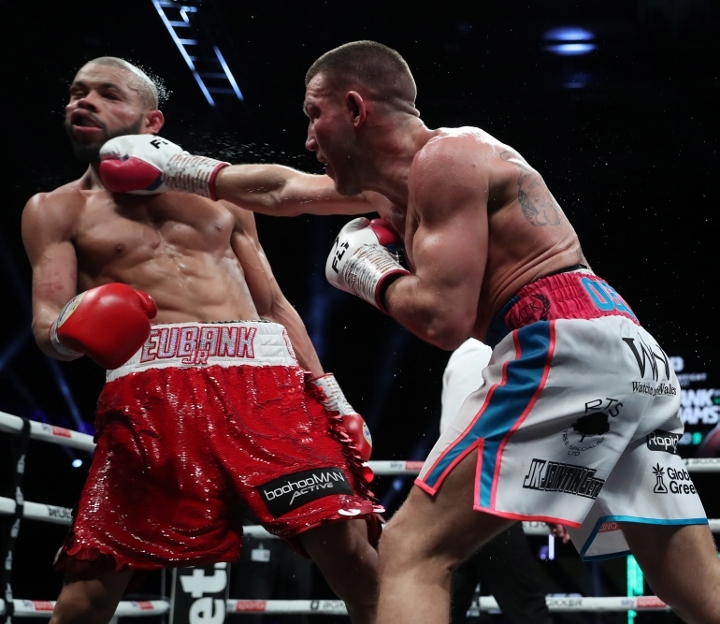 Williams continued to press in the seventh. Eubank was moving and looking for openings. And the scenario was more of the same in the eight. Eubank seemed to content to just move around, while waiting to land another big shot, but at the same time he was allowing Williams to do most of the work. 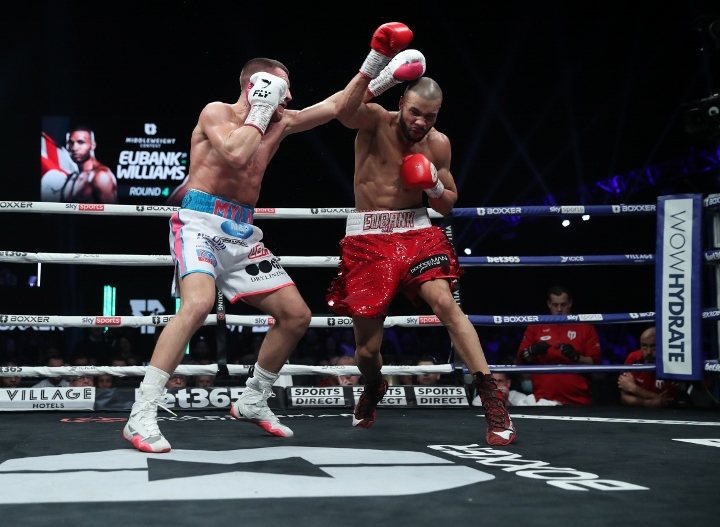 During the ninth, it was a big round for Willaims, who was connecting with good punches while Eubank was missing. In the tenth, Williams continued to rally but the round was much closer. During the eleventh, Eubank scored a fourth knockdown from a combination of punches while Williams was off-balance and seemed to rattle him with other shots. The face of Williams was badly bruised. 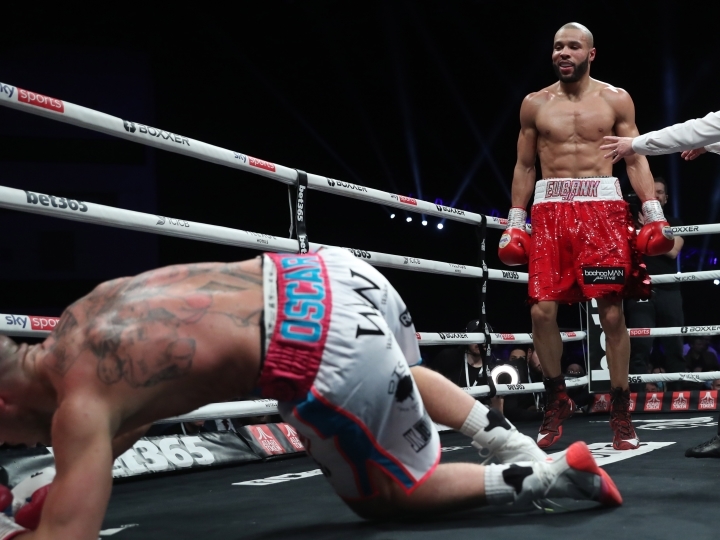 In the twelfth and final round, Eubank seemed to be coasting around the round as Williams pressed forward looking to something big. Williams was just unable to catch up with the very quick Eubank Jr. 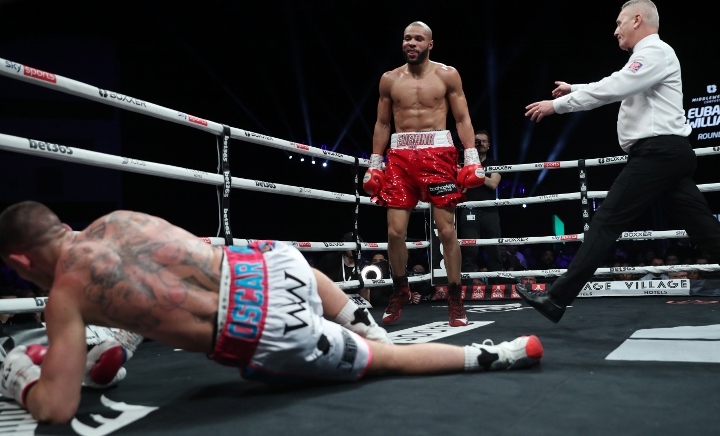 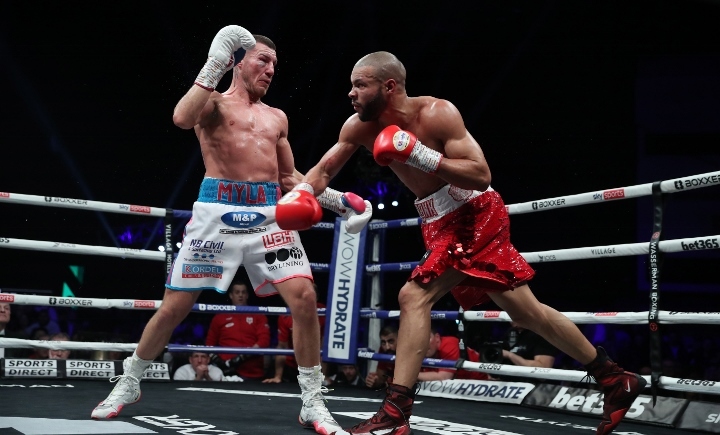 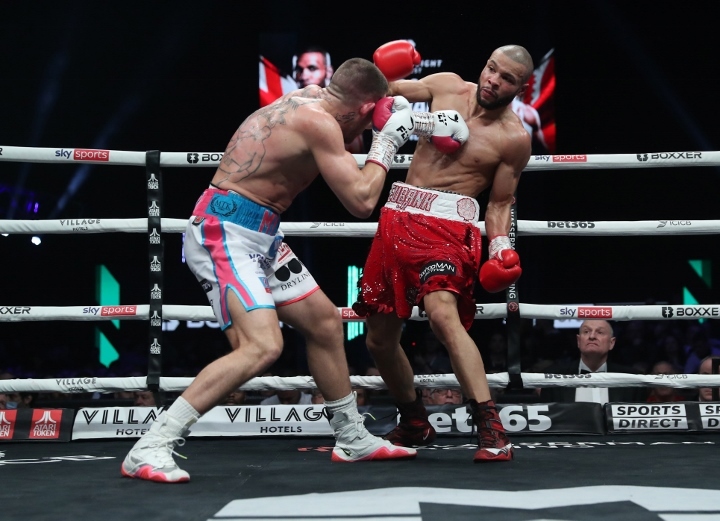 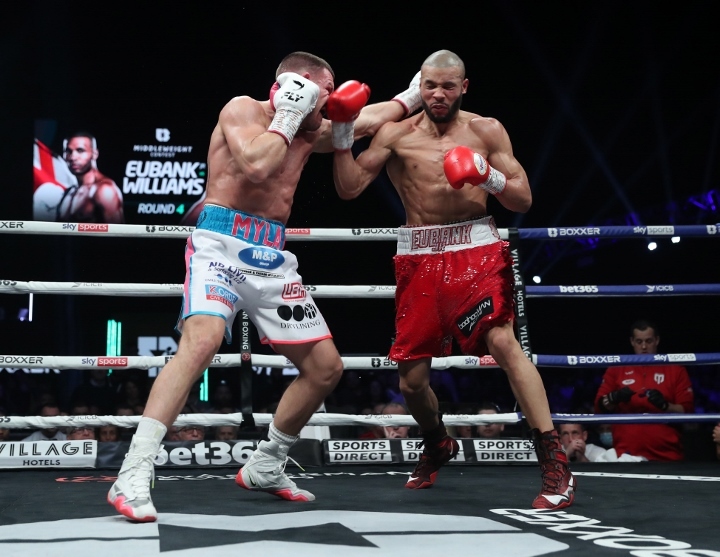 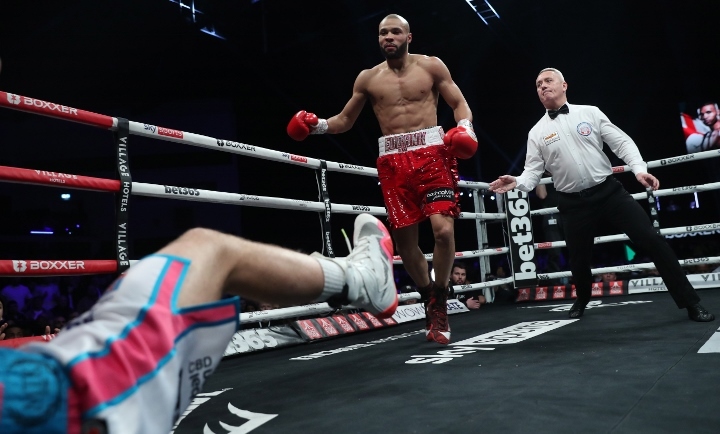 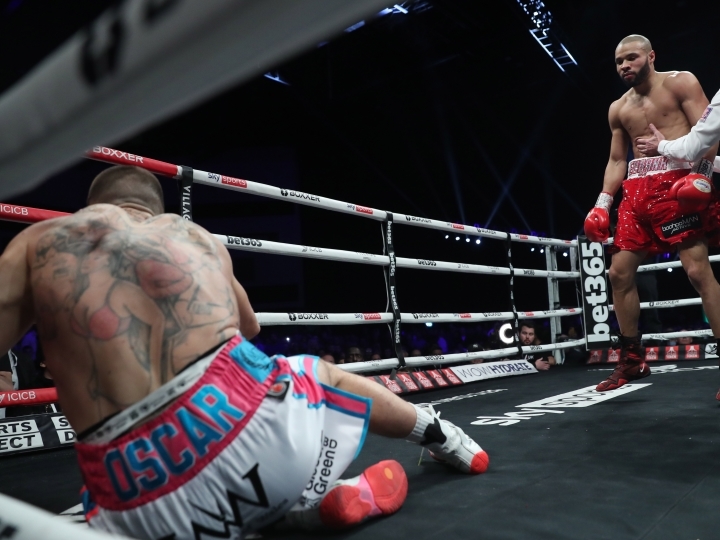 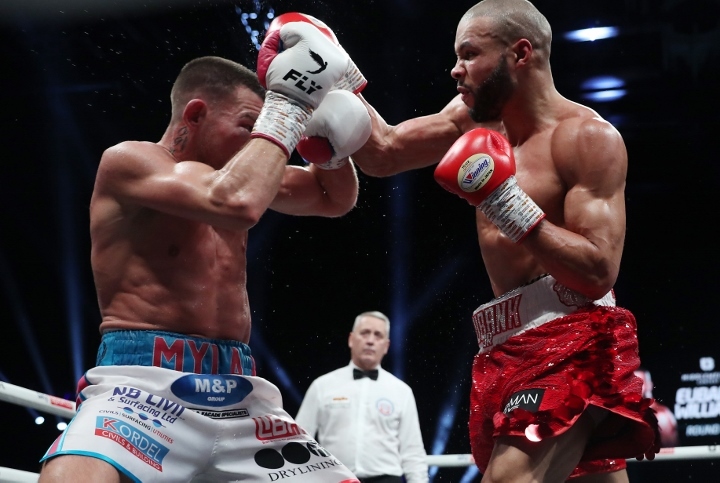 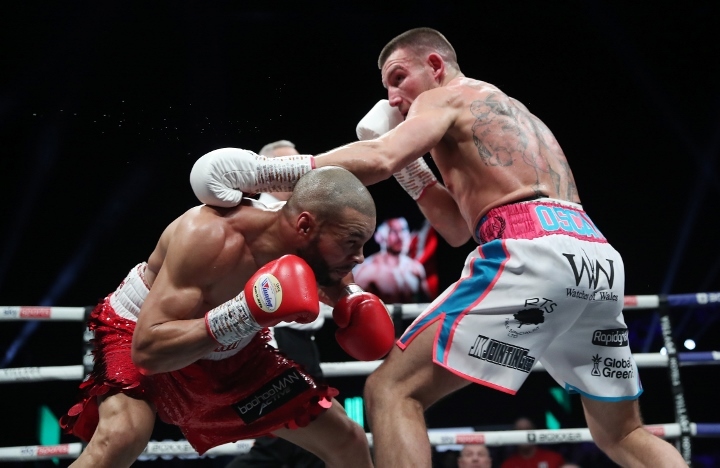 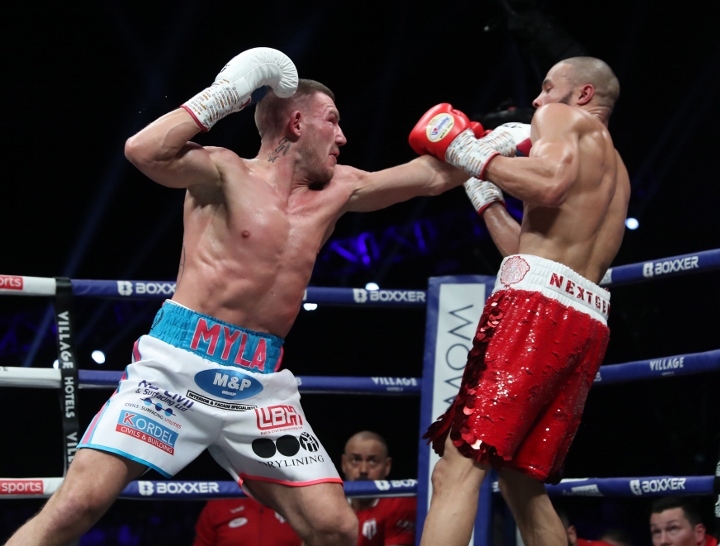 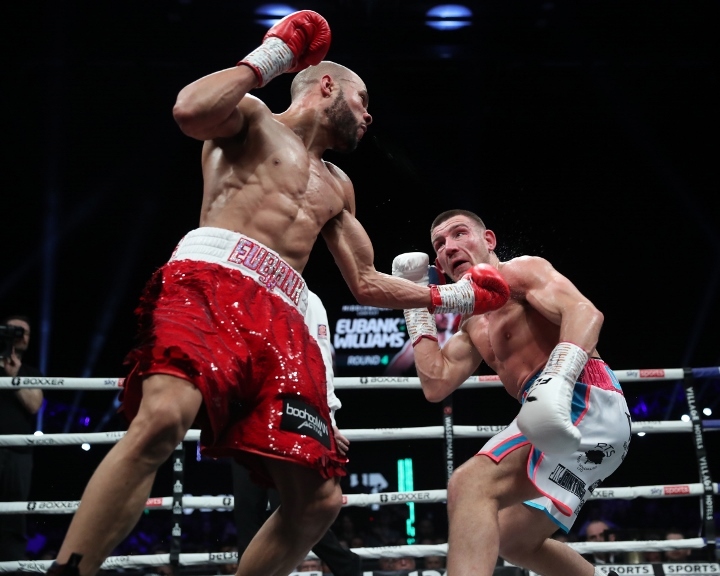 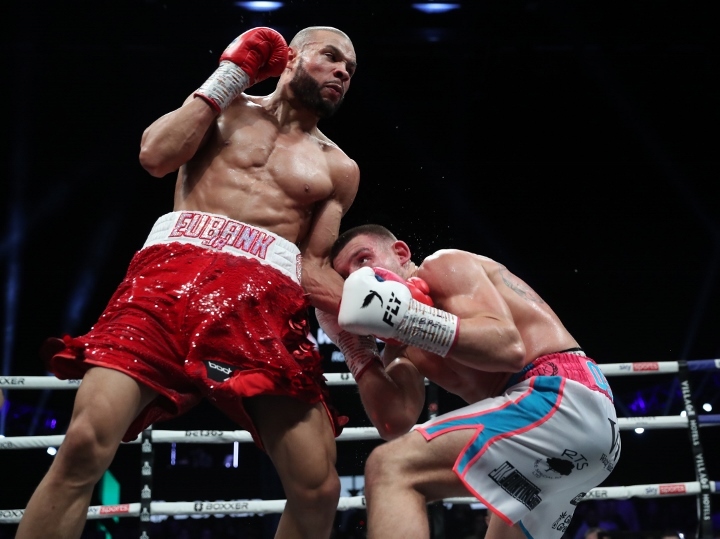 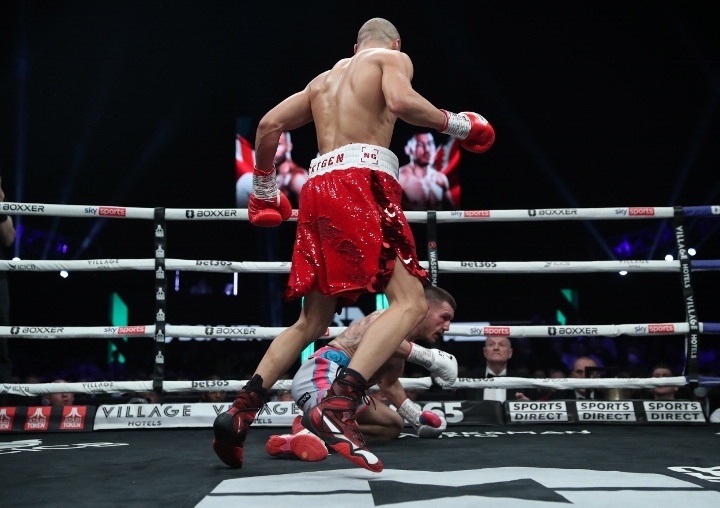 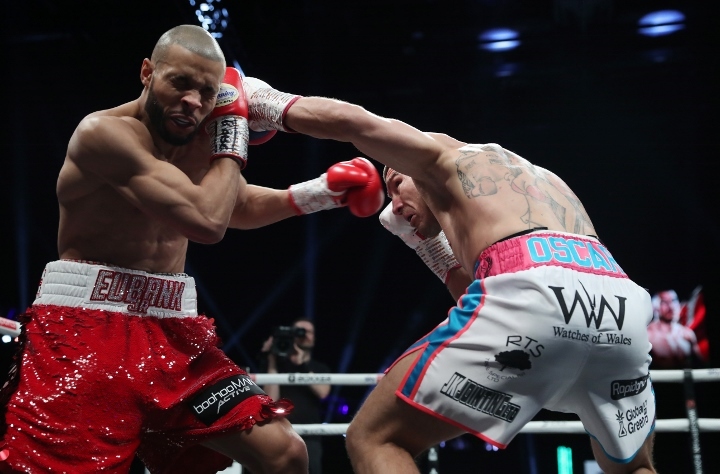 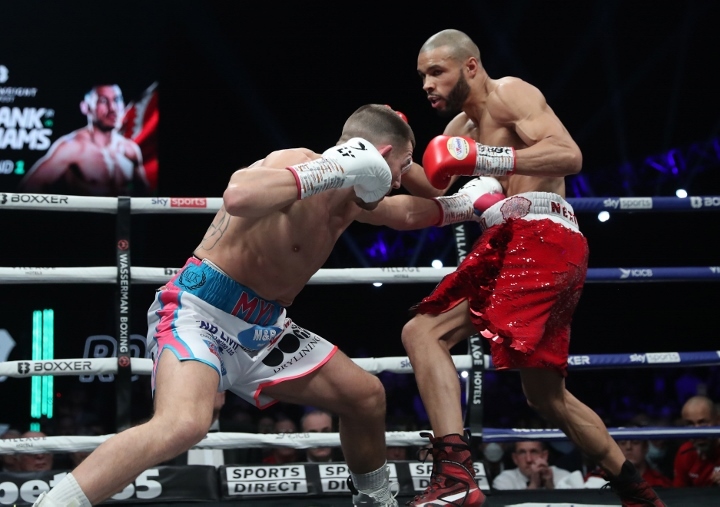 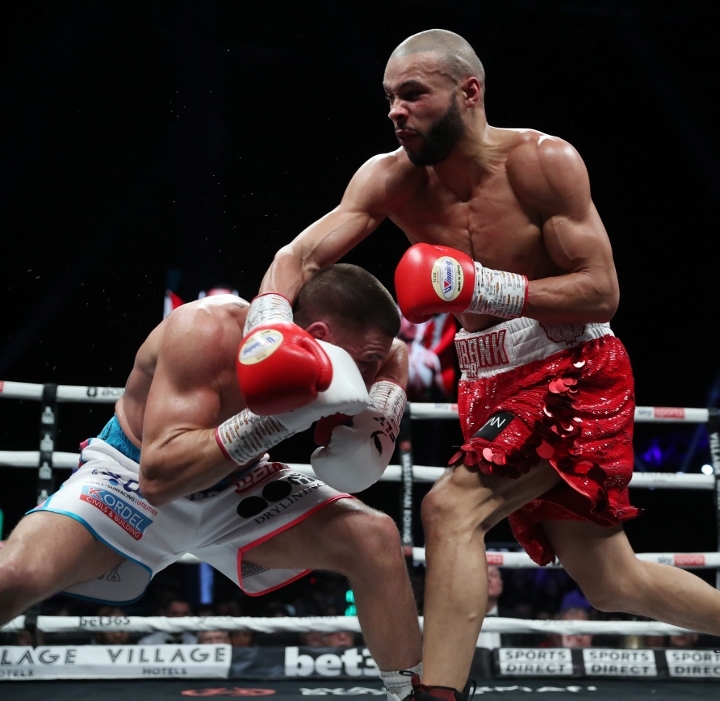 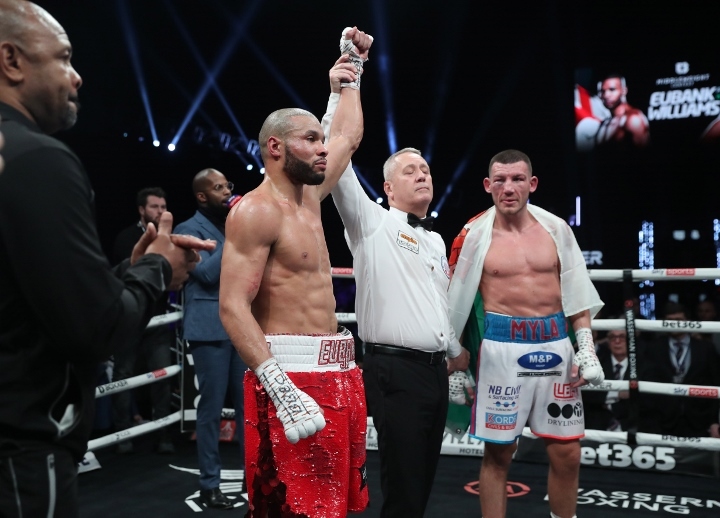 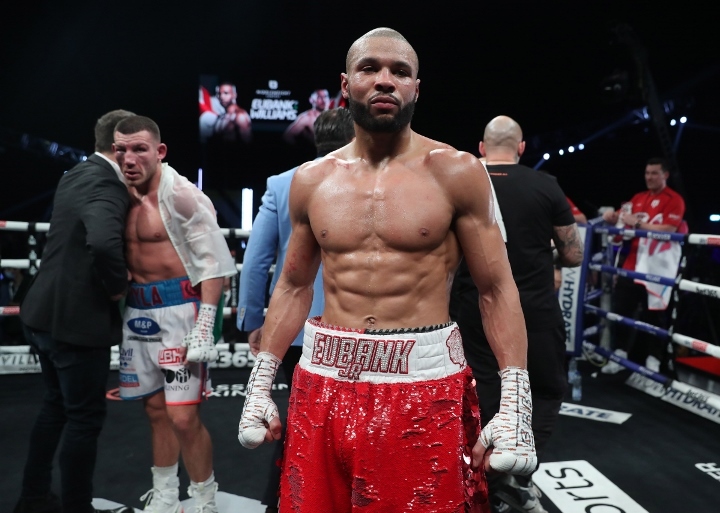 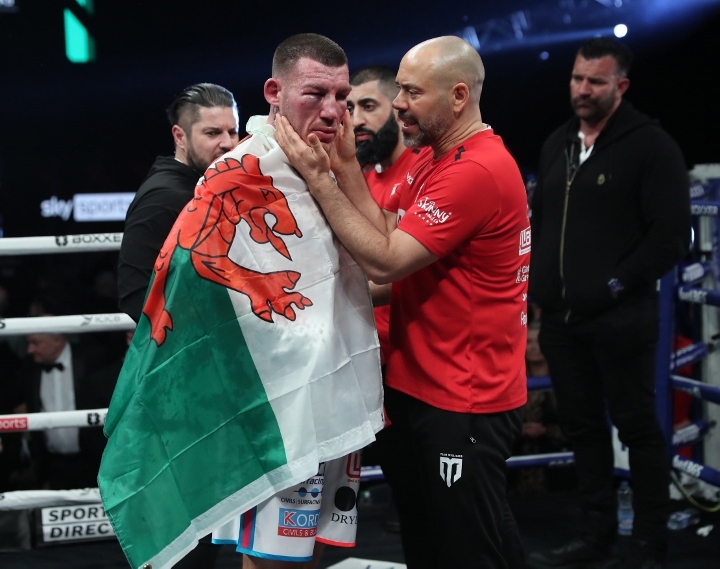