Manchester Arena - In a cruiserweight rematch, Chris Billam-Smith set the record straight by knocking out Tommy McCarthy in the eighth round. (photos by Mark Robinson) 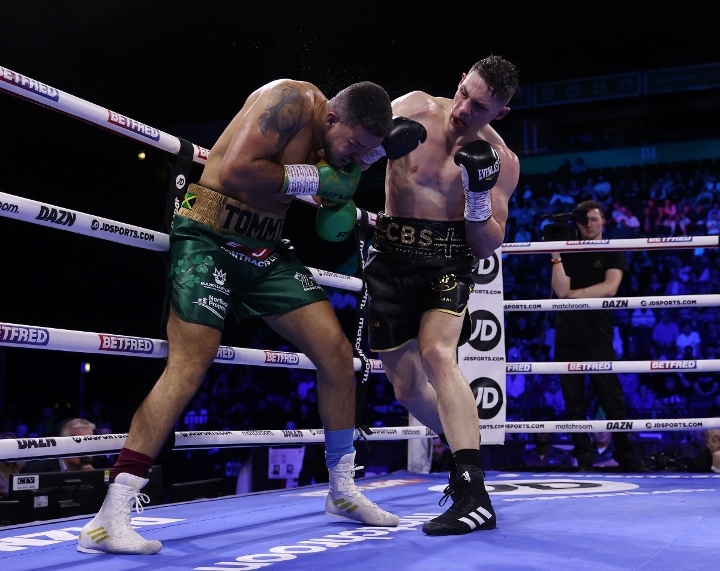 Billam-Smith won a close twelve round split decision when they fought in July of last year. 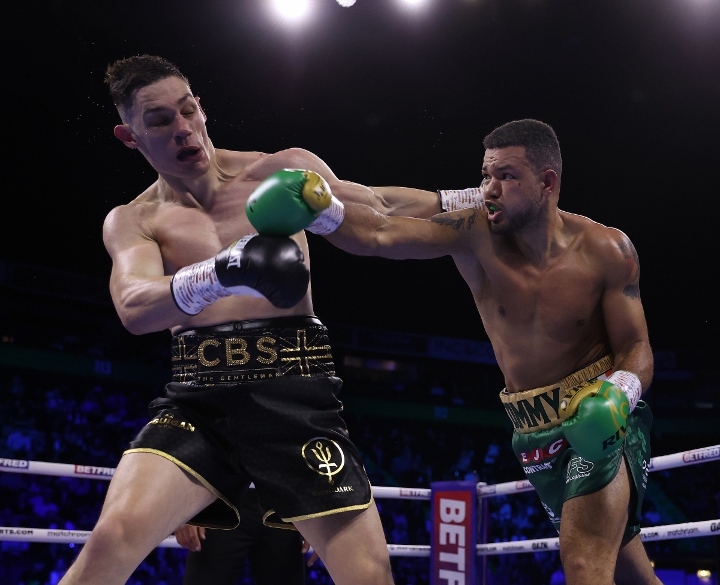 This time around, Billam-Smith broke down McCarthy and finally sent him down for the full count in the eight round. 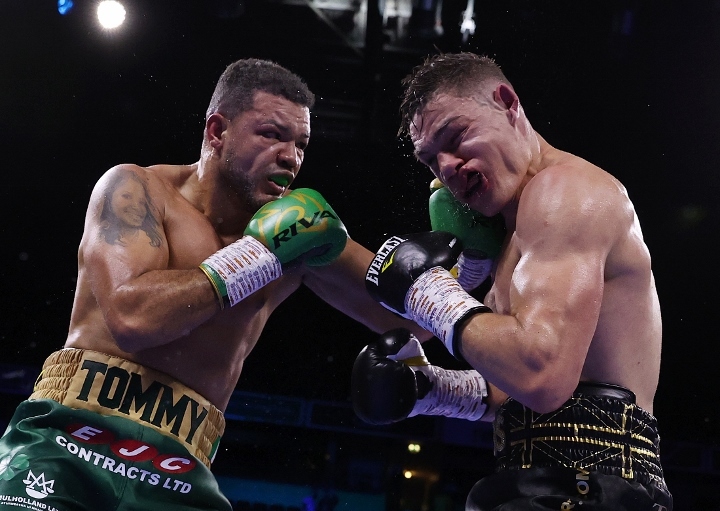 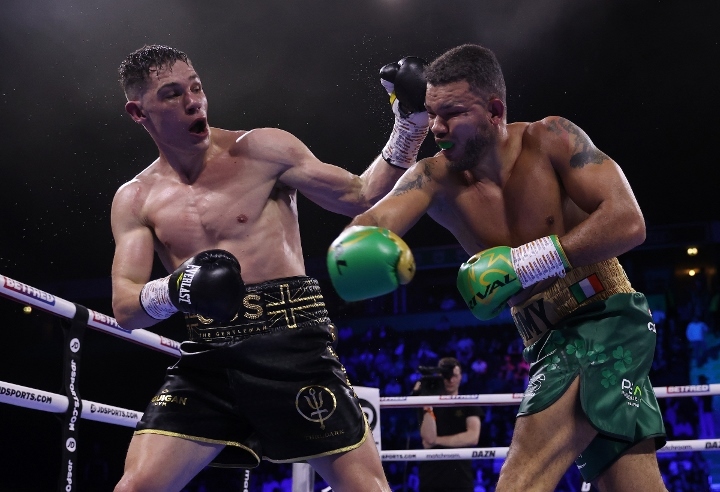 Benn came out with a lot of pressure from the start and was pushing Van Heerden back. They were trading punches off the ropes. Benn was unloading with a lot of punches, but he was really wild at times and getting caught here and there by counters. 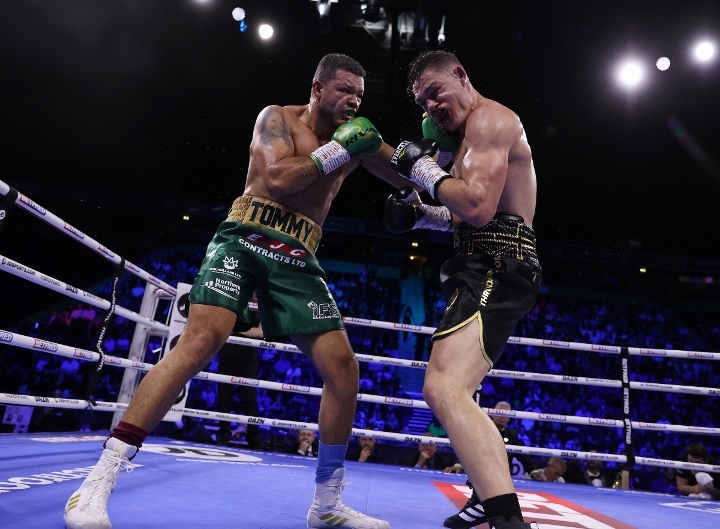 In the second, Benn unloaded with a variety of hard punches to send Van Heerden down hard on the mat. Van Heerden struggled to make it up as the referee waved off the fight. 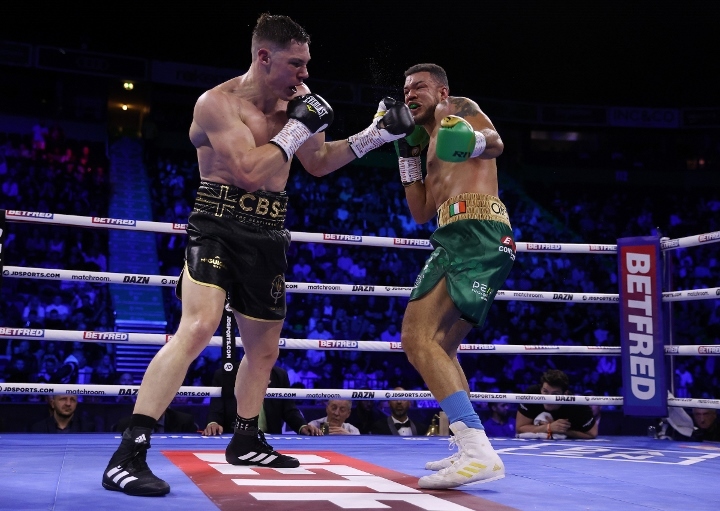 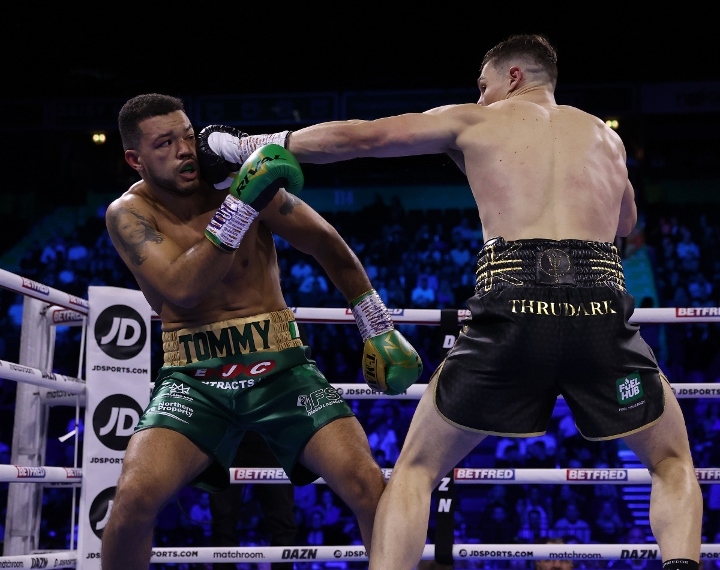 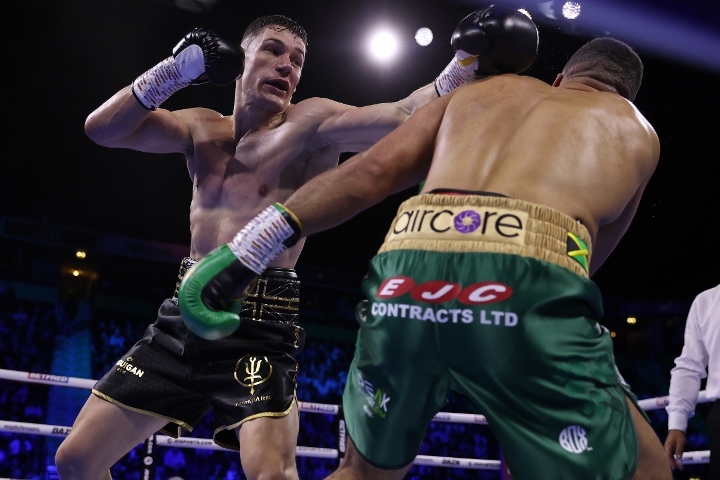 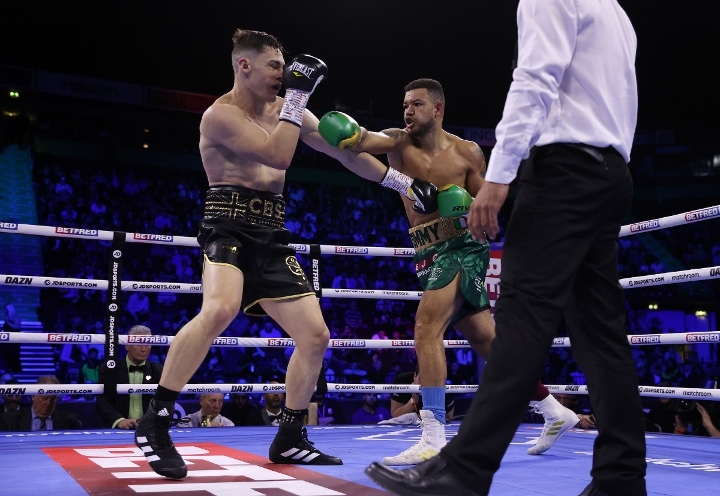 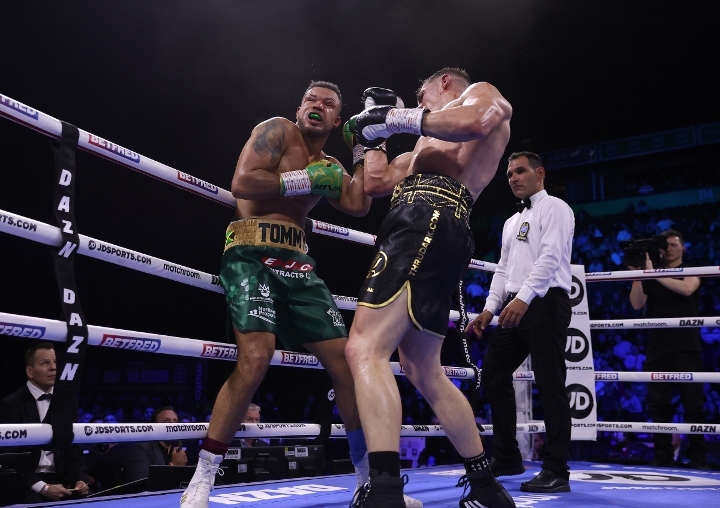 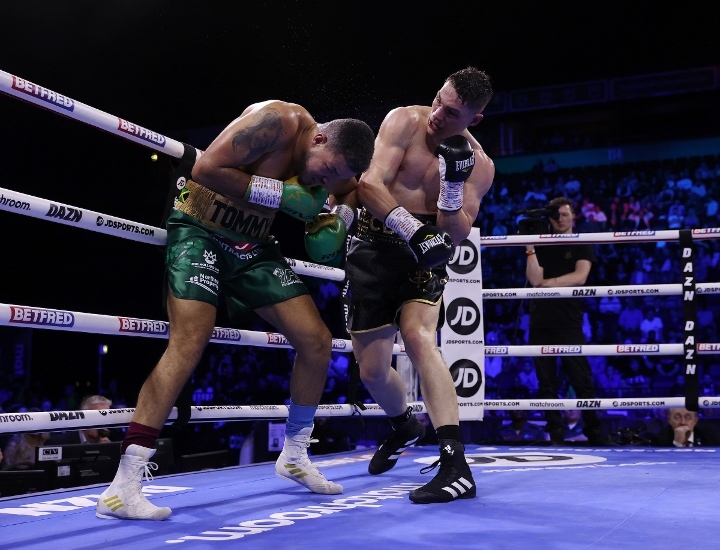 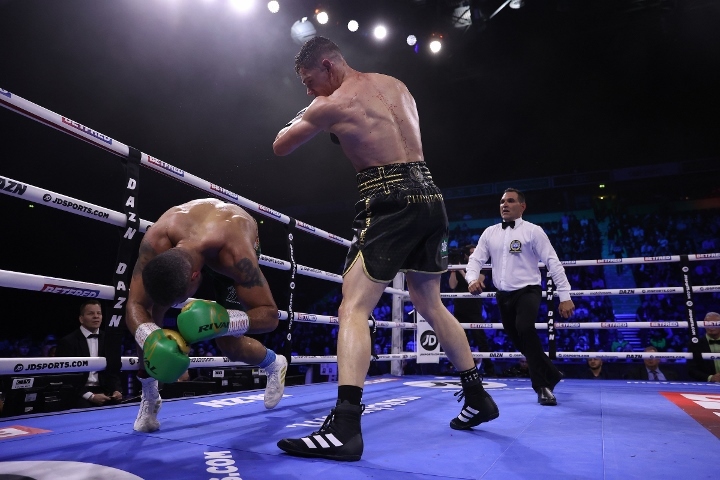 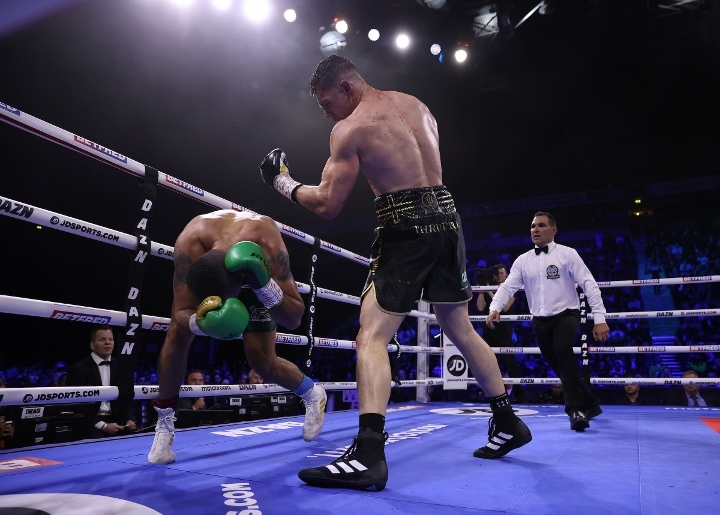 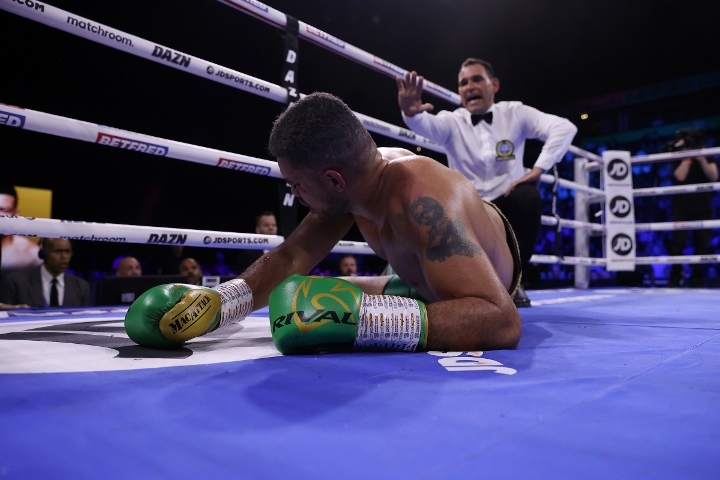 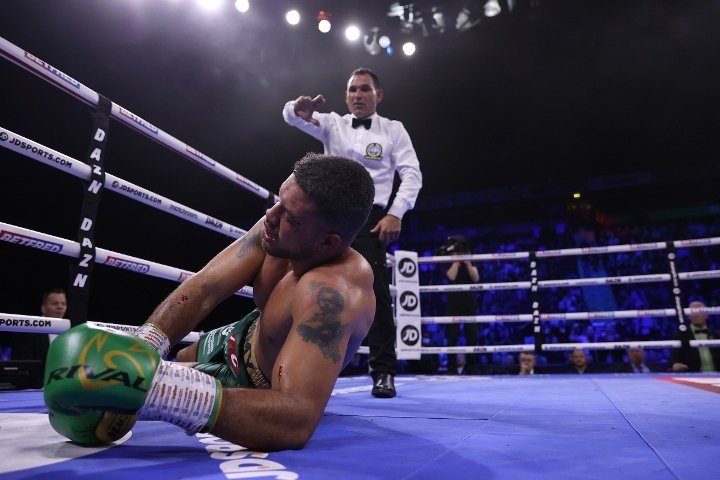 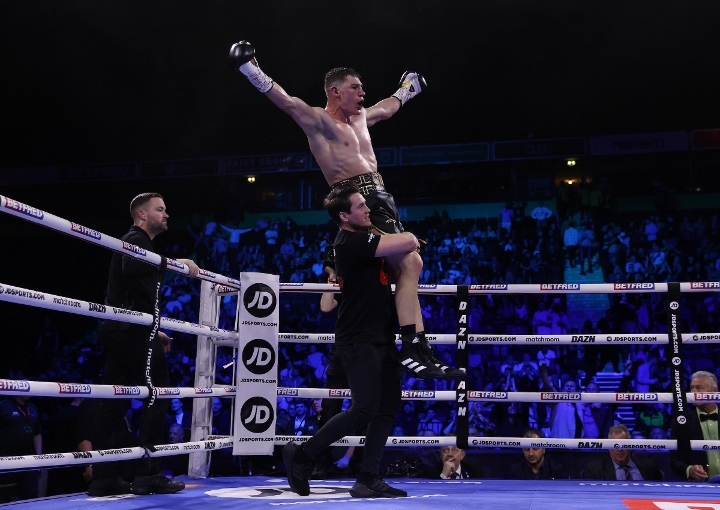 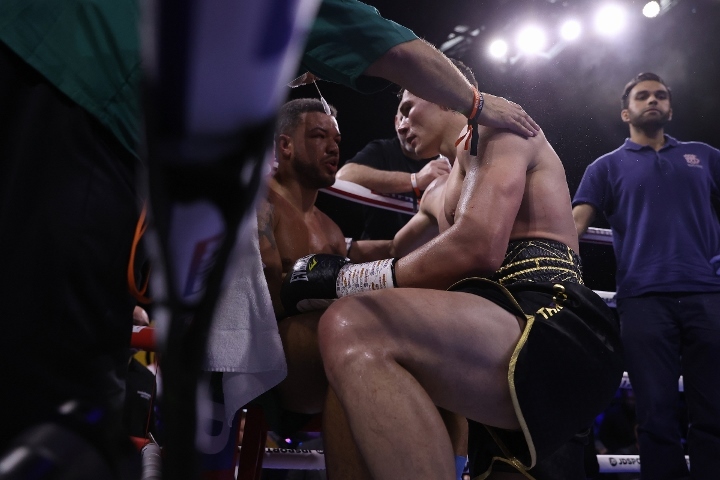 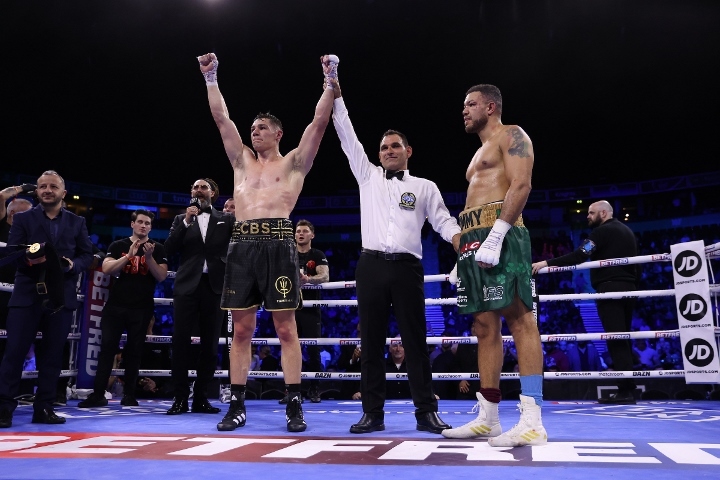 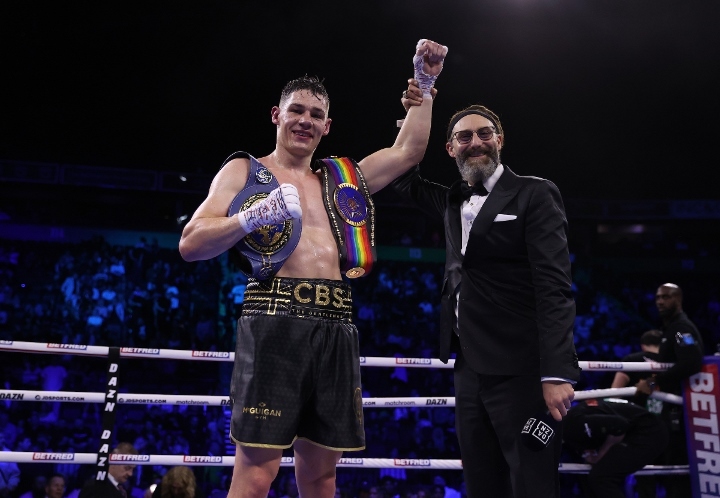 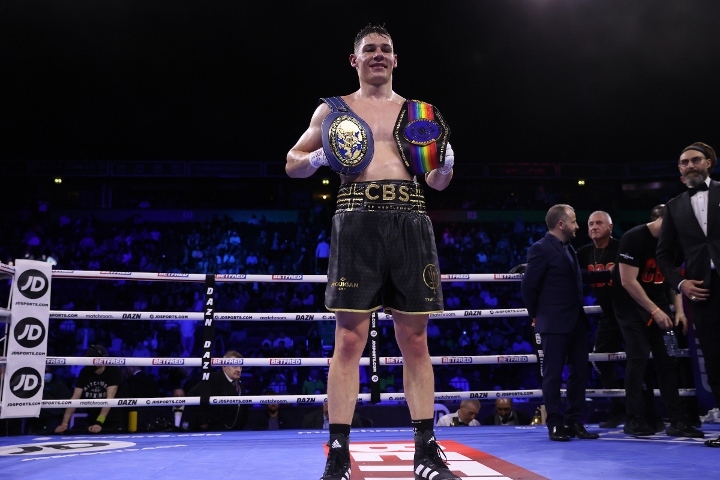 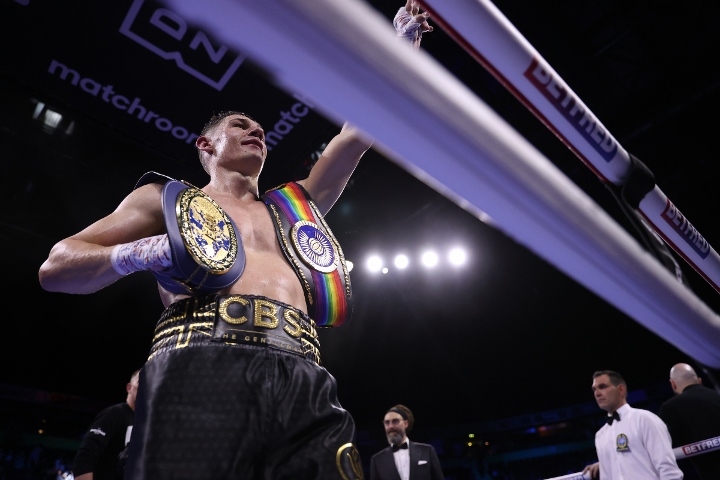 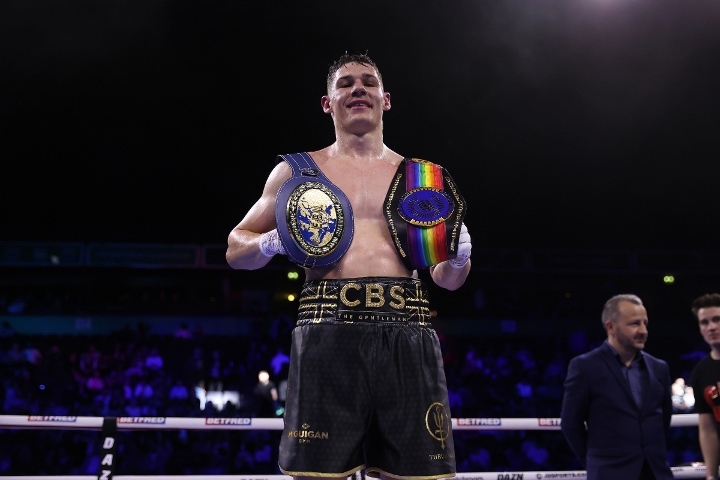