Ocean Casino Resort in Atlantic City, New Jersey - In a battle for the IBF, WBA super middleweight titles, Elin Cederroos (8-0, 4 KOs) won a razor-close ten round unanimous decision over Alicia Napoleon Espinosa (12-2, 7 KOs), who went down in the second round.

Espinosa was on track to fight Claressa Shields next. All three judges scored it 95-94 for Cederroos. 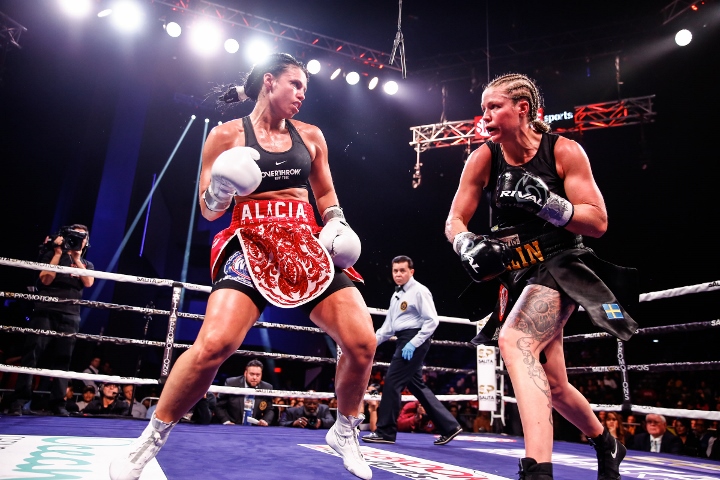 They were swinging away in the first round, with Espinosa having the edge as the initial bell rang. In the second round, Cederroos landed a check-hook that dropped Espinosa in the closing moments. 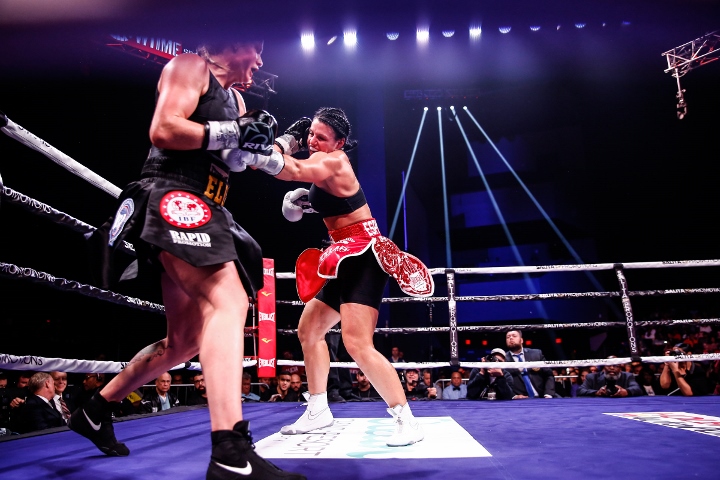 The high paced action continued in the third and fourth, with Cederroos using to distance to give Espinosa issues. At the end of the fourth, Espinosa managed to stun Cederroos with a good counter. 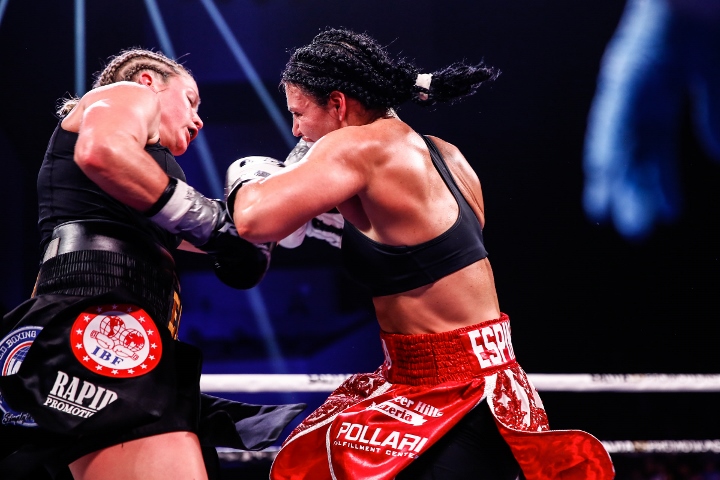 Cederroos controlled the fifth by keeping Espinosa as a distance. The sixth was close, and Espinosa was landing very well with her punches in the seventh. During the eight, Cederroos once again rocked Espinosa with a check-hook, but then Espinosa rallied with a lot of punches in the final minute. 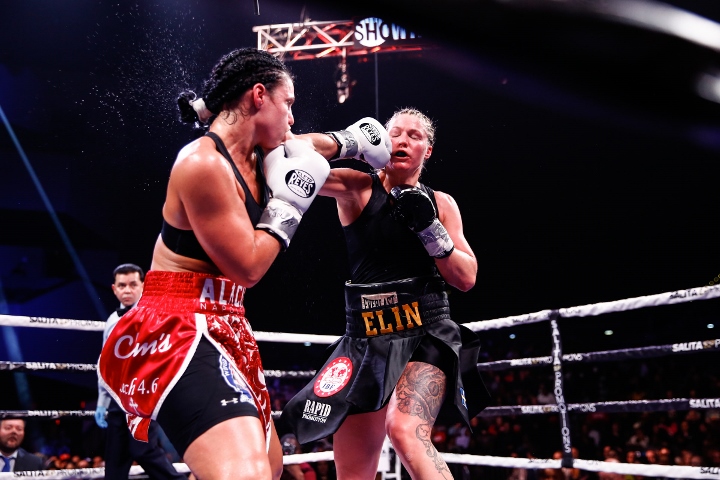 During the ninth round, Espinosa suffered a bad cut above her right eye. They were trading away in the tenth, with Cederroos' nose getting busted wide open and flowing blood. They traded away with plenty of blood until the final bell. 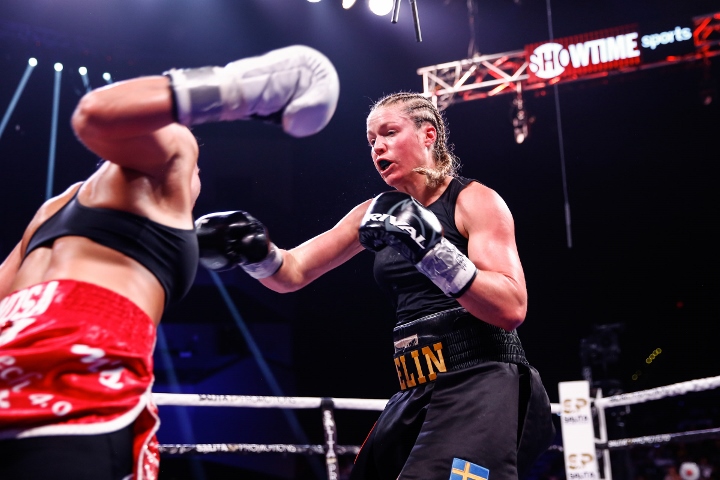 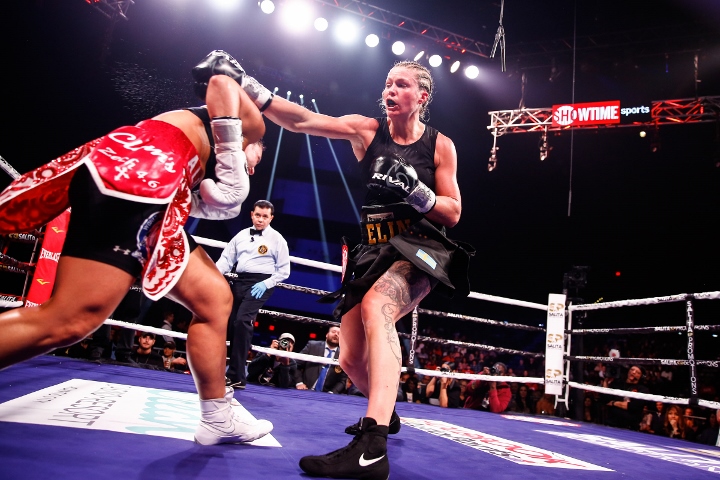 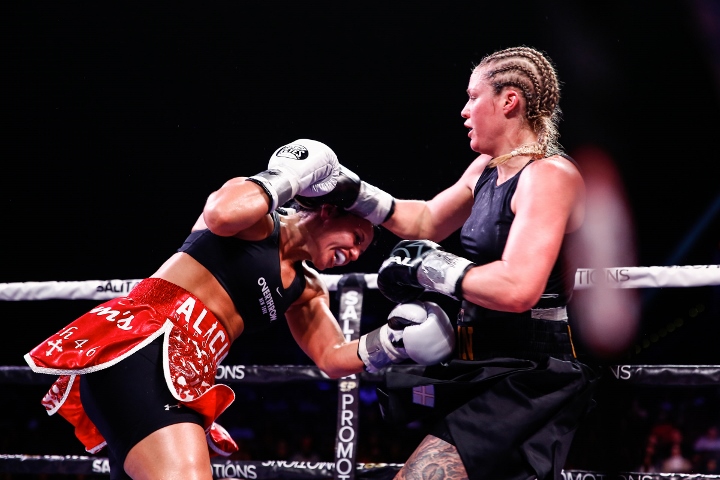 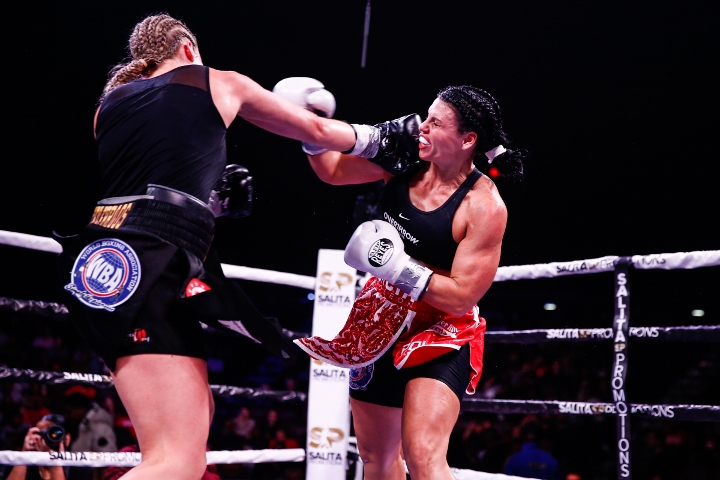 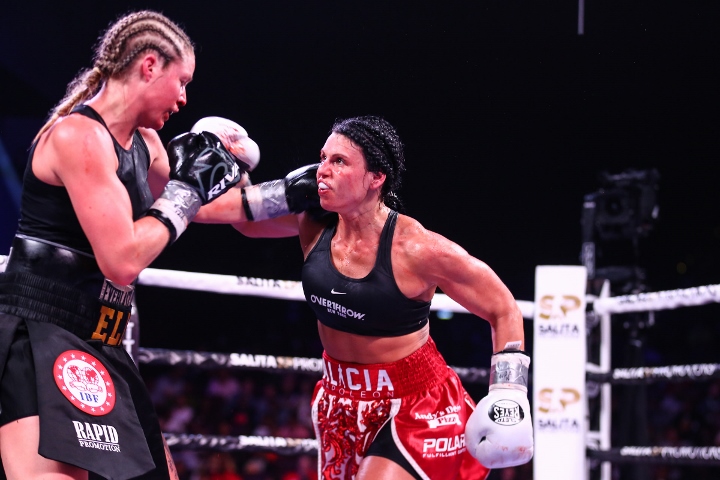 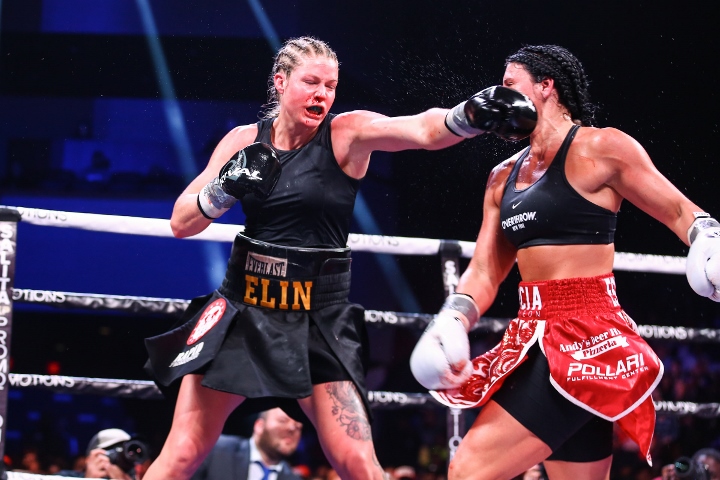 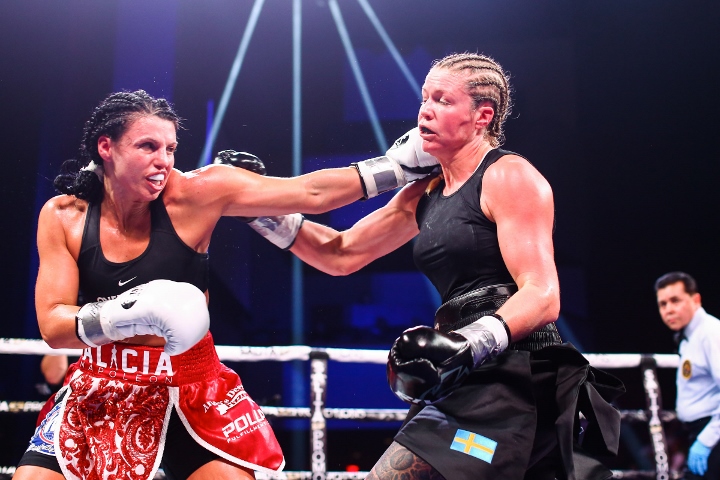 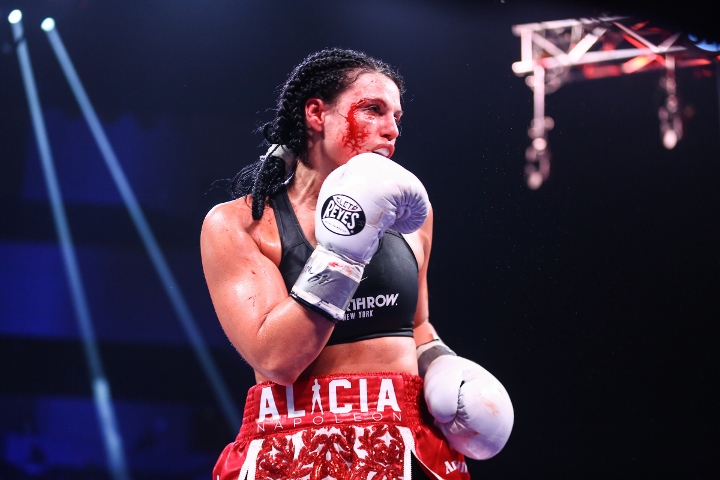 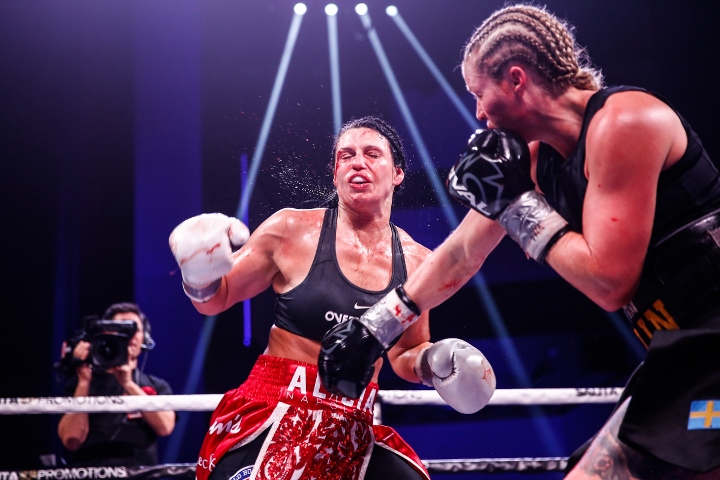 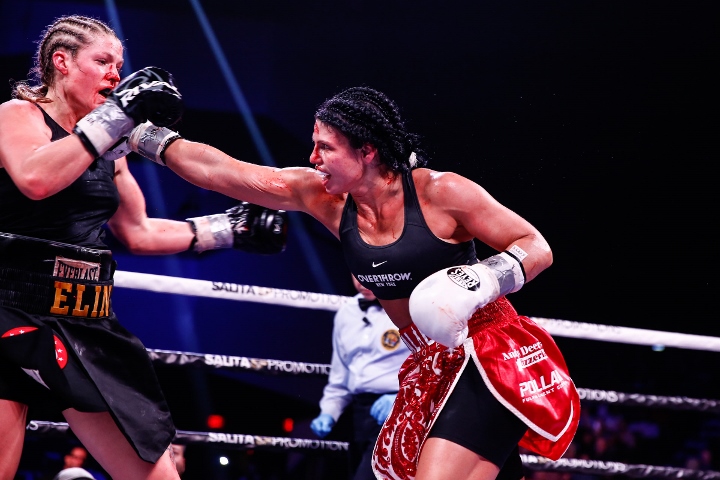 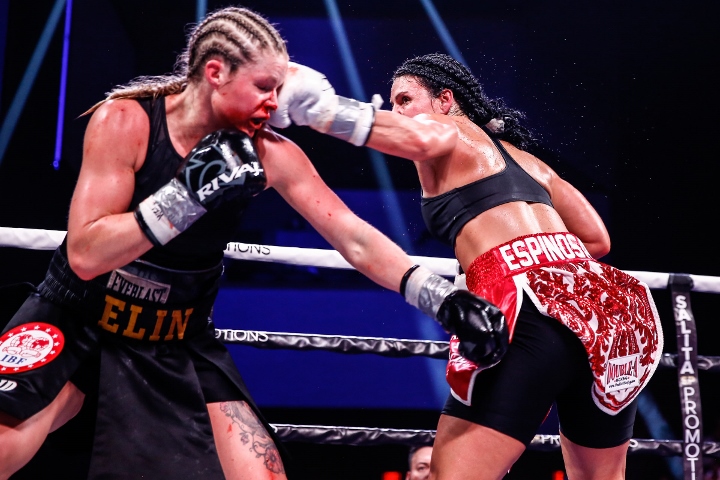 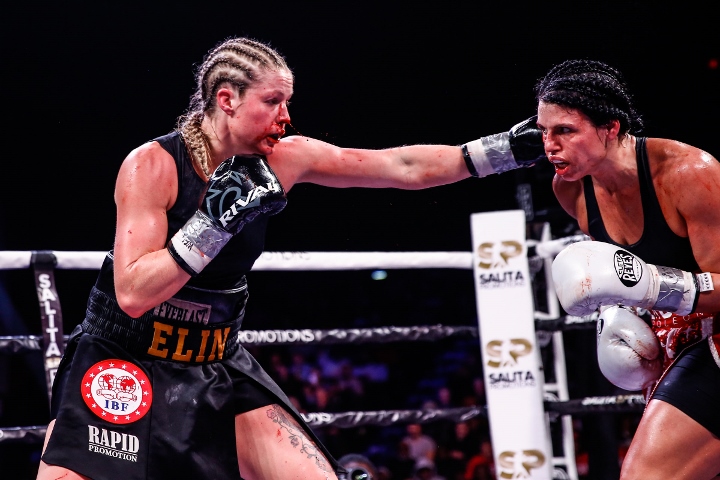 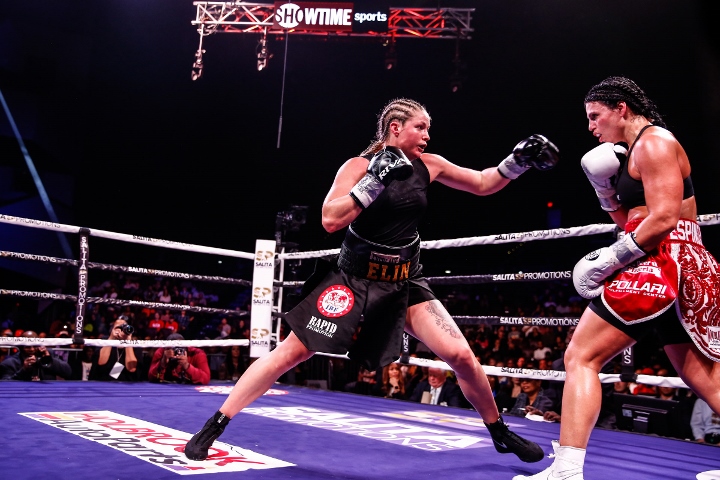 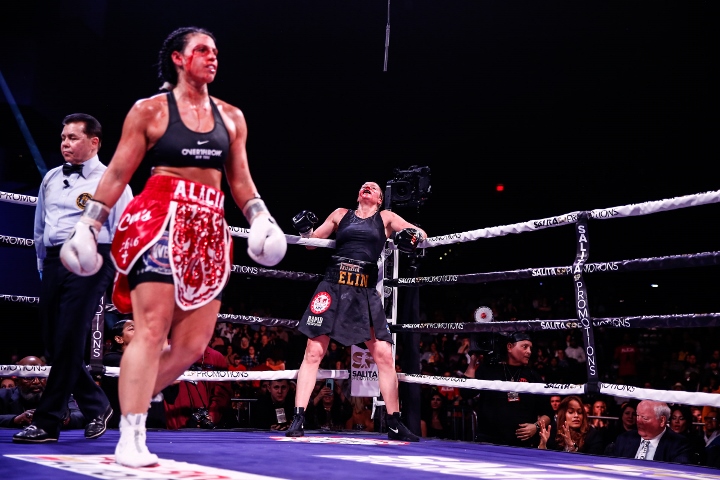 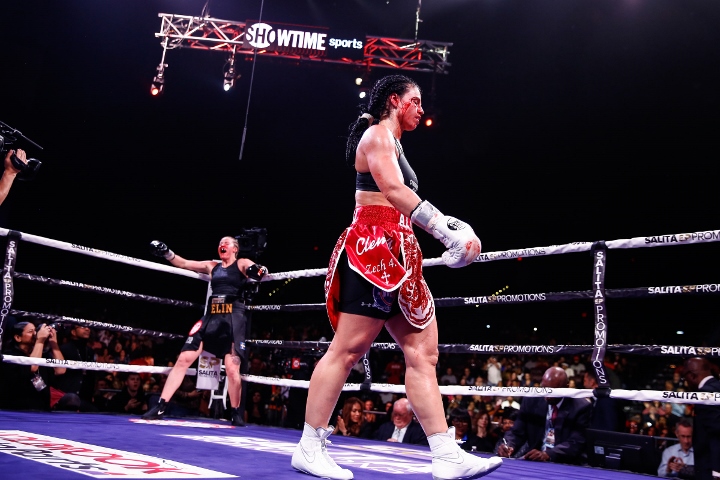 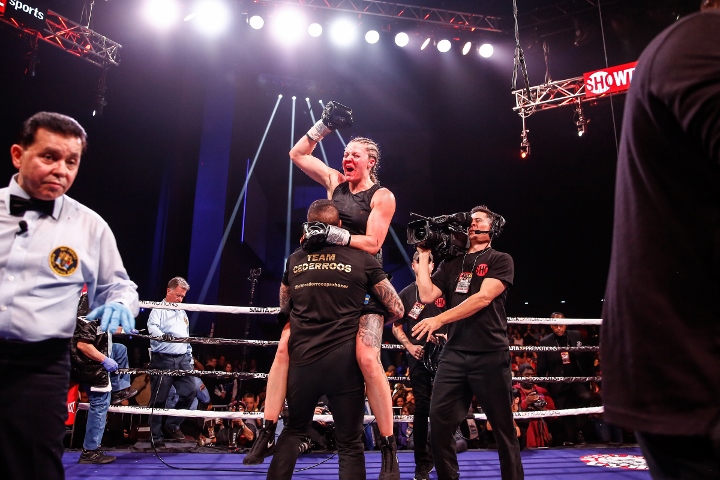 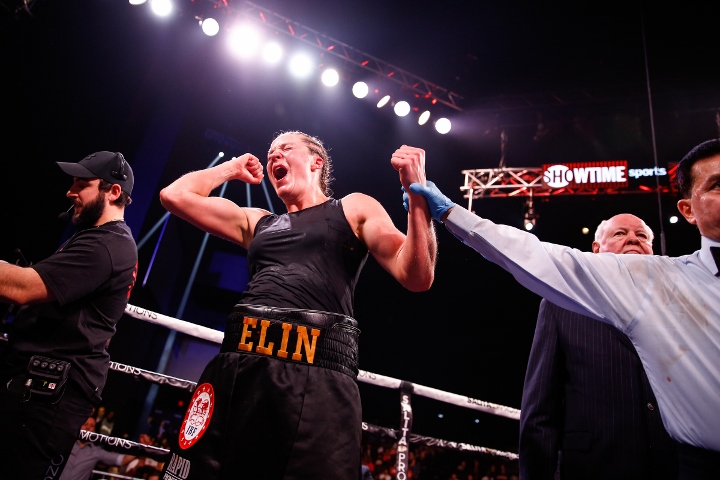 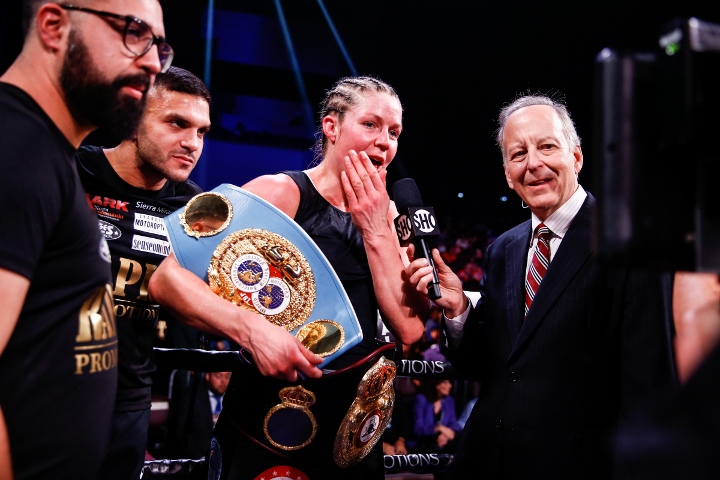