Hollywood, Florida - For the IBO super middleweight title, Carlos Gongora (20-0, 15 KOs) retained his belt for the first time with an eight round knockout of Christopher Pearson (17-3, 12 KOs). (photos by Ed Mulholland).

Gongora was controlling the fight in the first two rounds, dictating the pace and landing accurate punches. There wasn't much coming back in return from Pearson. He was being defensive and not firing back often enough. 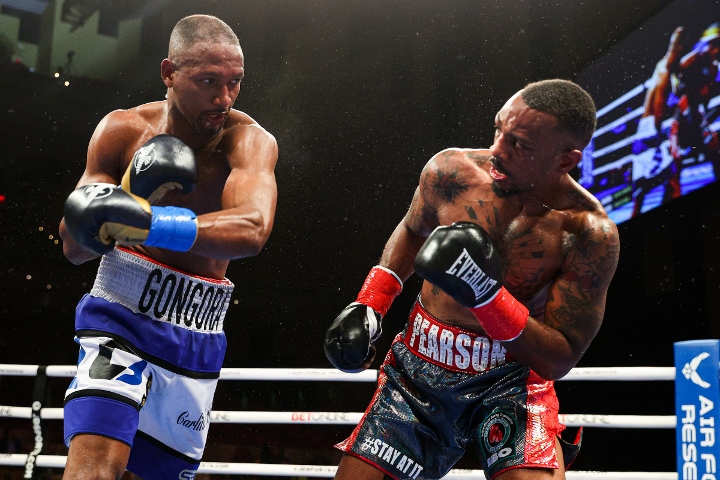 By the sixth, Gongora was unloading with big shots and it was simply target practice on Pearson. He was pinning Pearson against the ropes and letting his hands go. 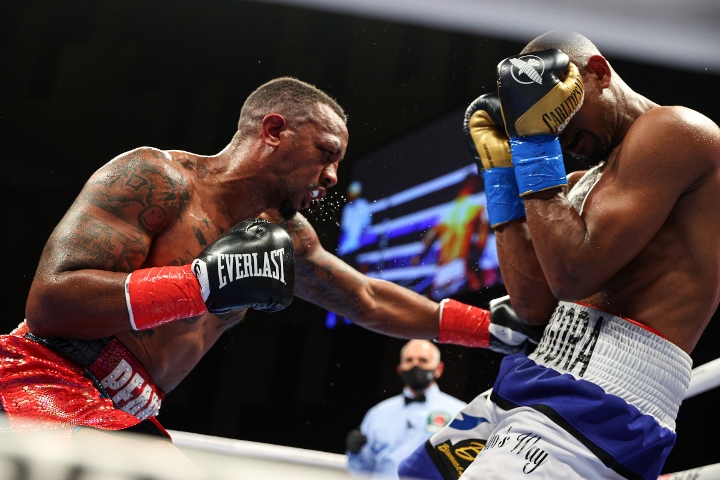 During the eight, Gongora landed a heavy combination that sent Pearson down. He appeared to be blinking hard on an eye that swelling, with the contest being waved off once the count reached ten. 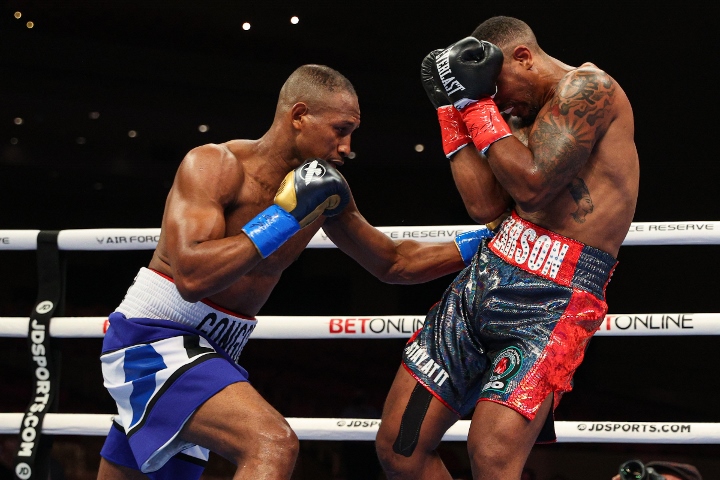 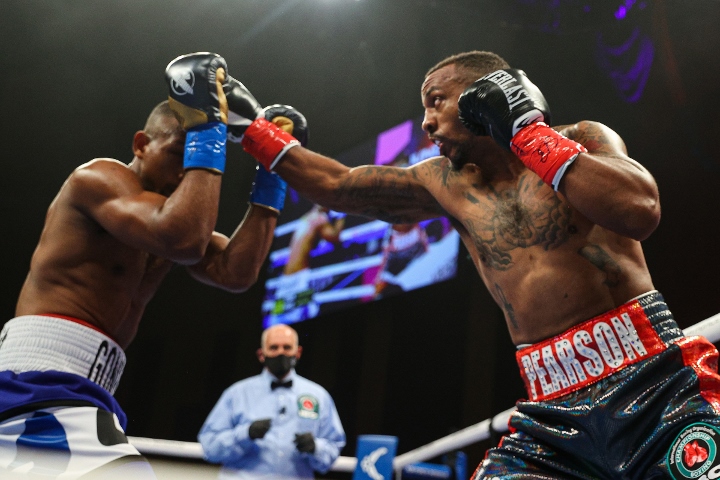 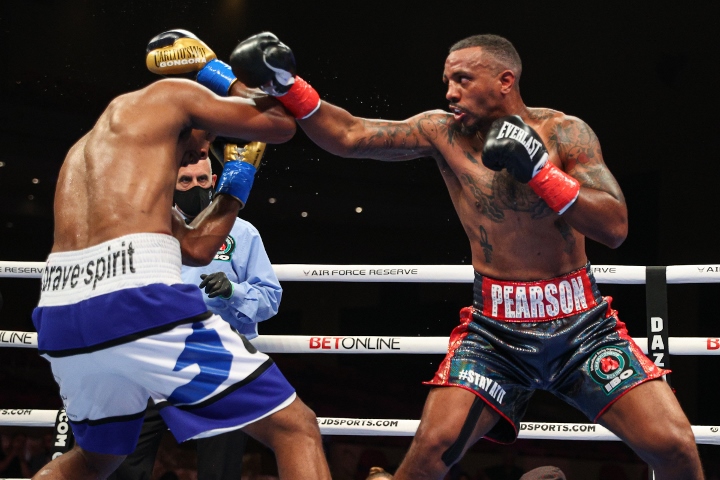 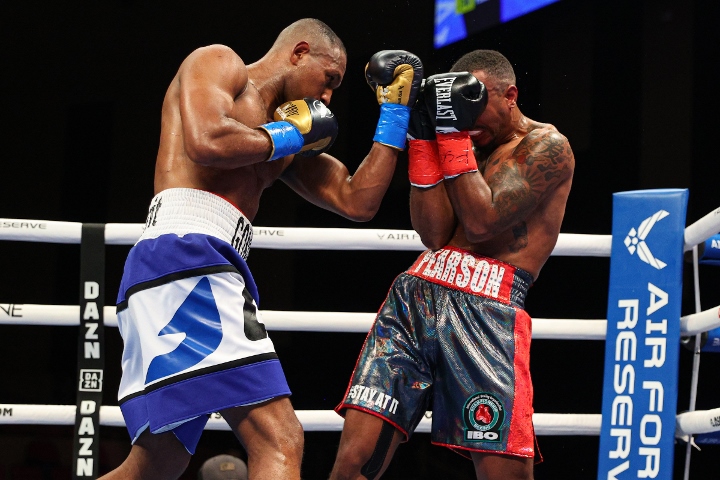 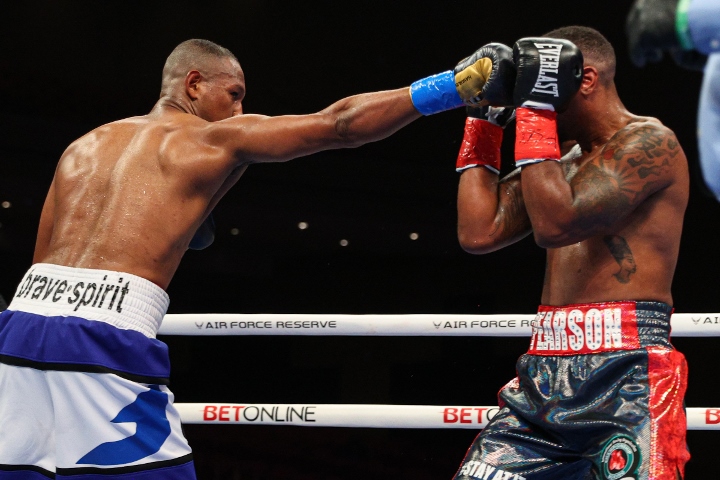 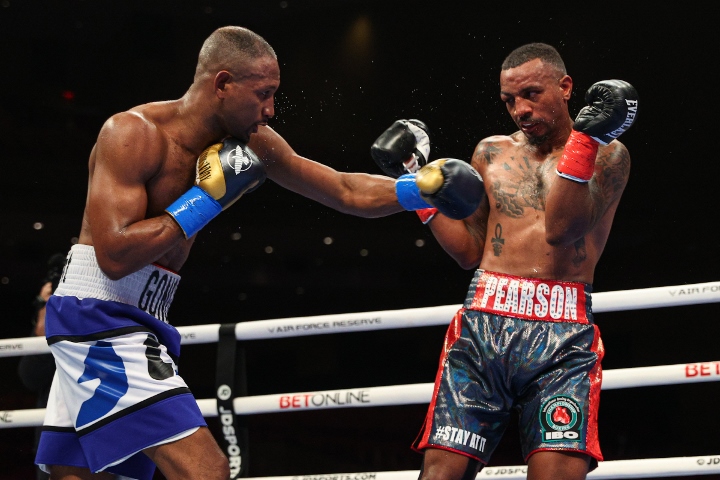 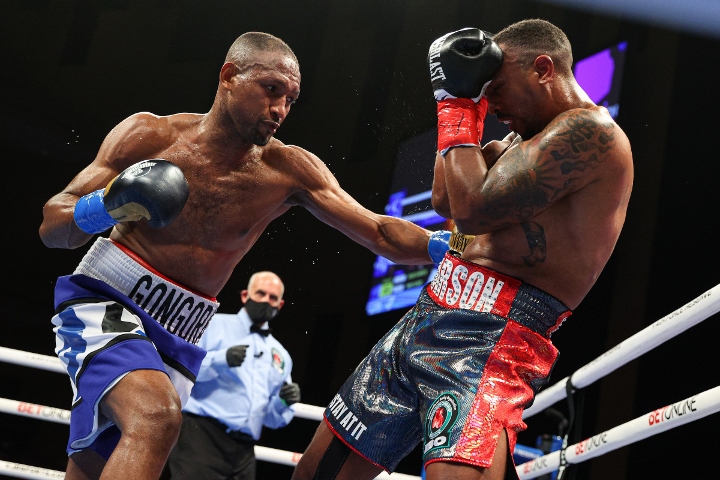 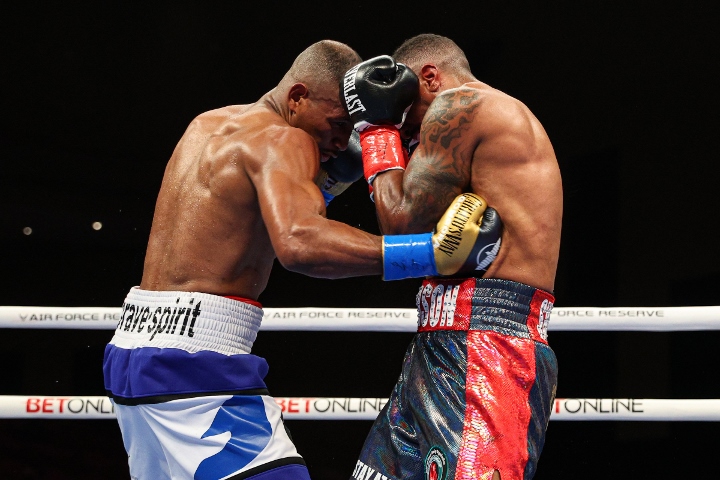 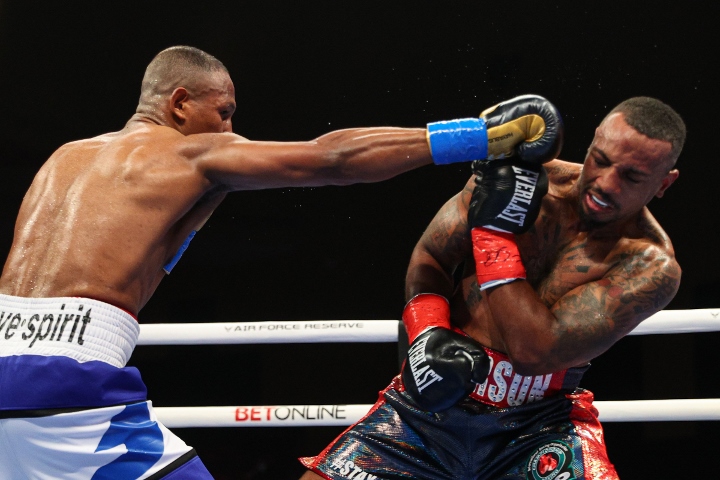 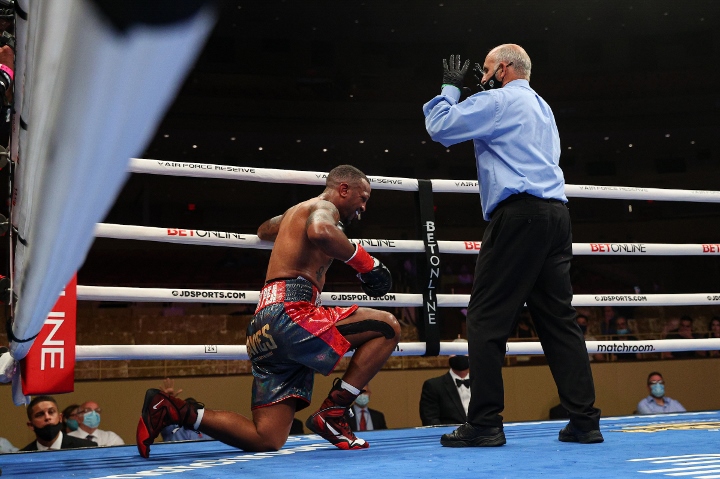 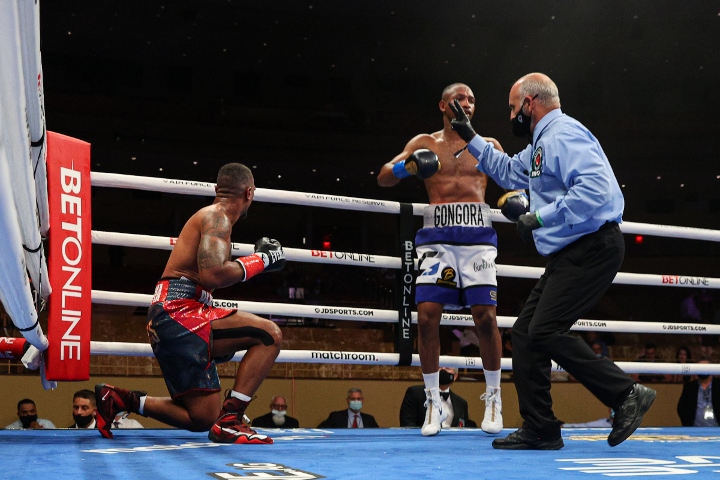 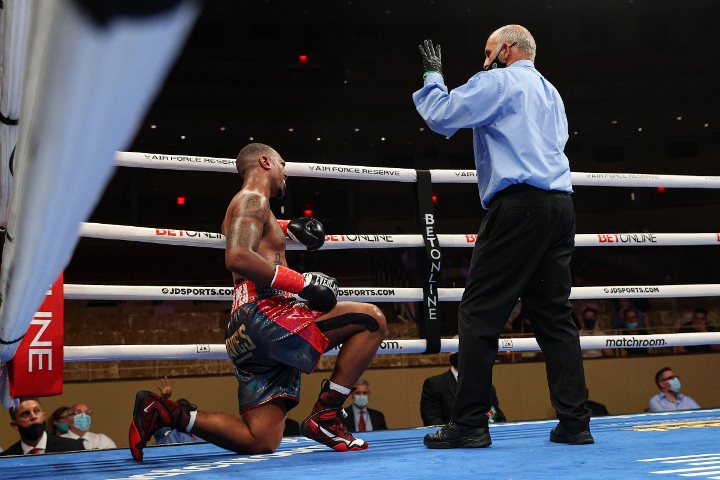 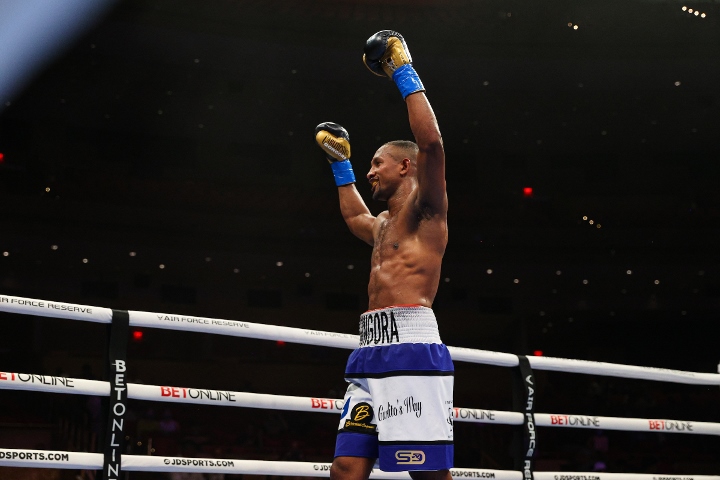 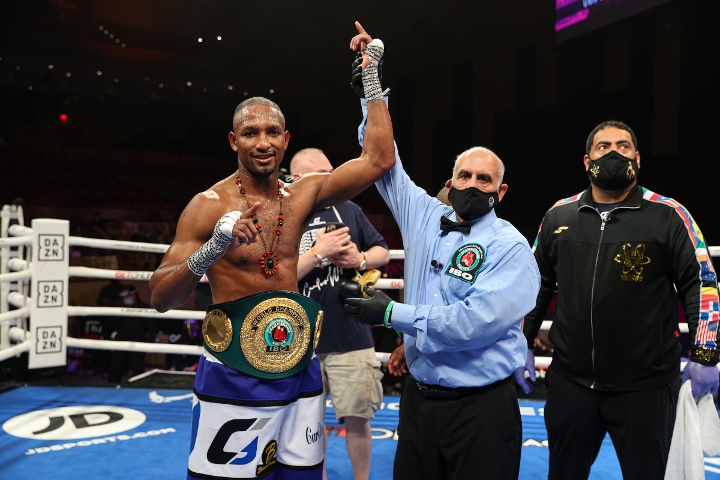 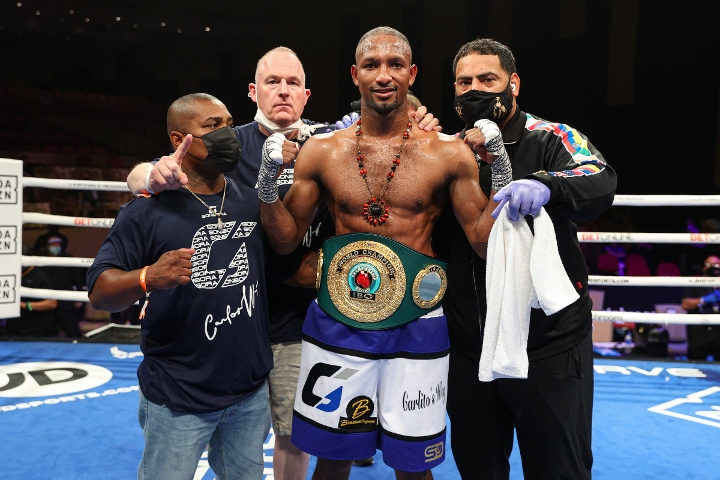