Canelo Alvarez and Billy Joe Saunders are set to smash the record for the biggest indoor attendance for a boxing event in America as they prepare to meet in a Super-Middleweight unification battle at the AT&T Stadium in Arlington, Texas on Saturday May 8, live worldwide on DAZN and distributed by TV Azteca in Mexico and Latin America. (photos by Ed Mulholland)

Alvarez and Saunders already broke the pre-sale records for their clash on Saturday night and with over 65,000 tickets now sold with limited remaining, their tasty battle is set to overtake the rematch between Muhammad Ali and Leon Spinks at the Superdome in New Orleans in 1978 that drew 63,352 fans. 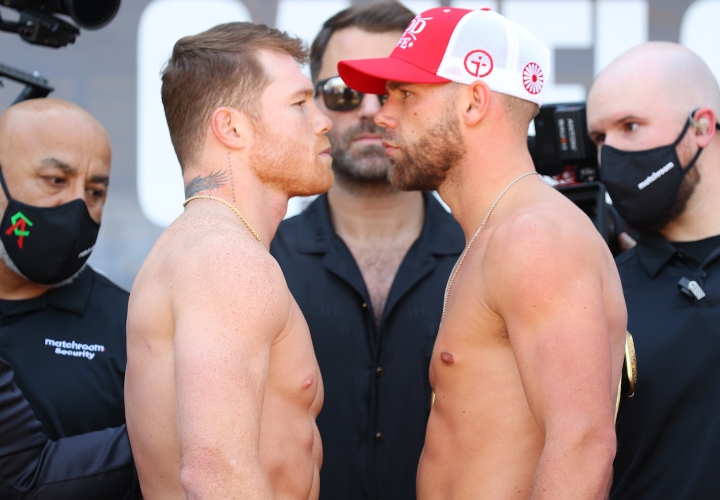 Promoter Eddie Hearn has been the driving force behind some of the biggest crowds in British boxing history, starting with Carl Froch and George Groves at Wembley Stadium in London, and then Heavyweight ruler Anthony Joshua OBE filling the same stadium against Wladimir Klitschko and Alexander Povetkin and also the Principality Stadium in Cardiff against Joseph Parker and Carlos Takam – and Hearn is thrilled to be putting boxing under the best of spotlights on Cinco de Mayo weekend. 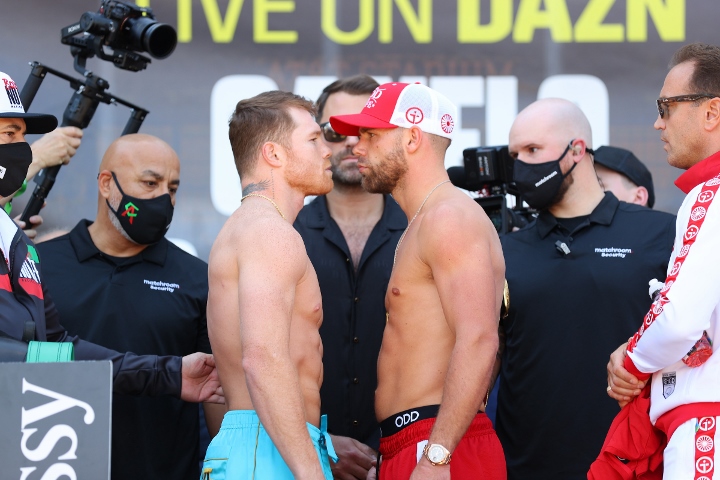 “It’s one of the biggest events I’ve ever been involved in and this morning, we officially broke the record for the biggest indoor crowd in American boxing history,” said Hearn. 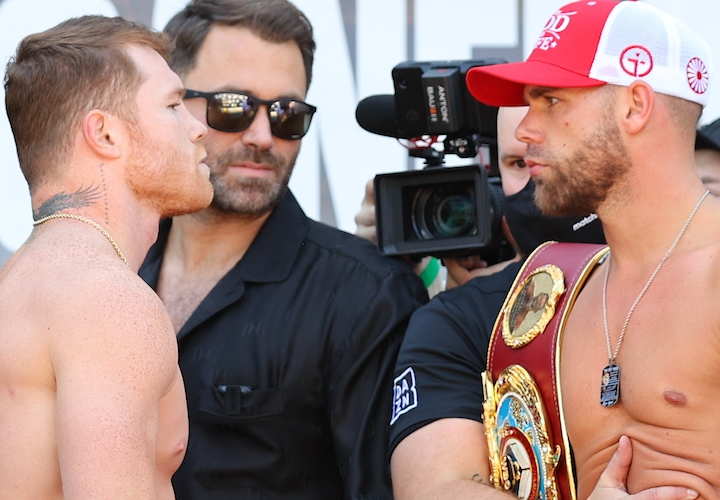 “We will have 70,000 people in the AT&T Stadium on Saturday night - I am absolutely buzzing for this, I think this could be the best atmosphere we’ve ever seen. 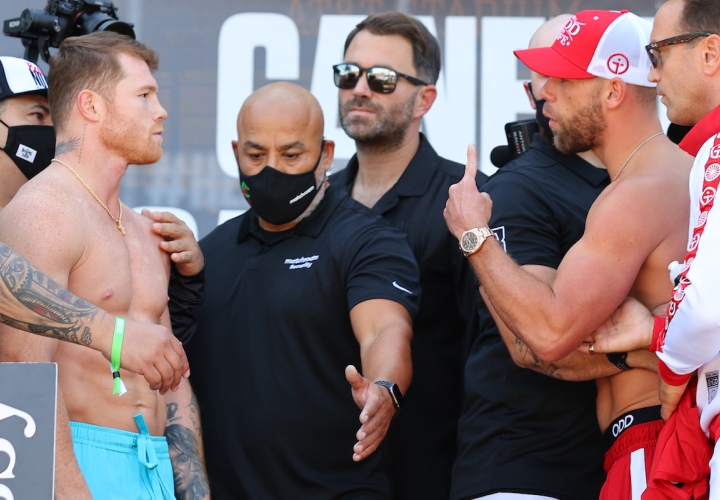 “The numbers for this fight are tracking great, and I think that this is just great for everyone - the biggest live event since the pandemic struck, and boxing has done that. It just shows that when you get it right, we have a monstrous sport on our hands. 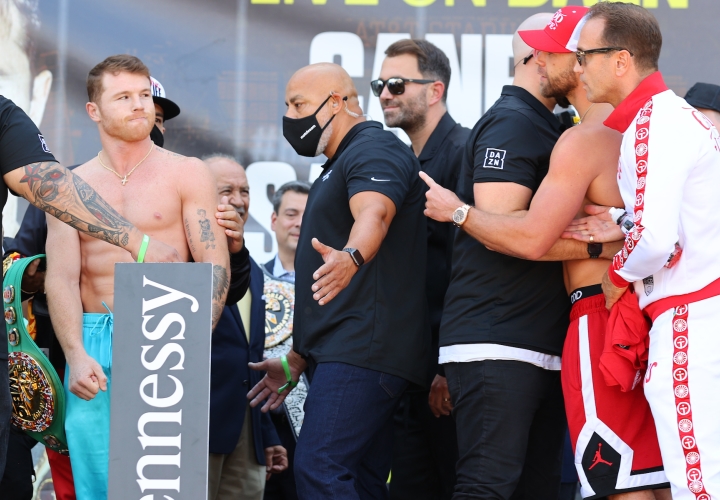 “Boxing is being showcased on Saturday. We can be as proud as peacocks on the night as everyone around the world will be watching, they will see the atmosphere and say ‘wow, this is boxing!’ People have to tune in to watch this atmosphere and product and say, ‘this is the place to be’. And everyone watching on Saturday will be in awe of it - the event, the fight, the ring walks, everything. 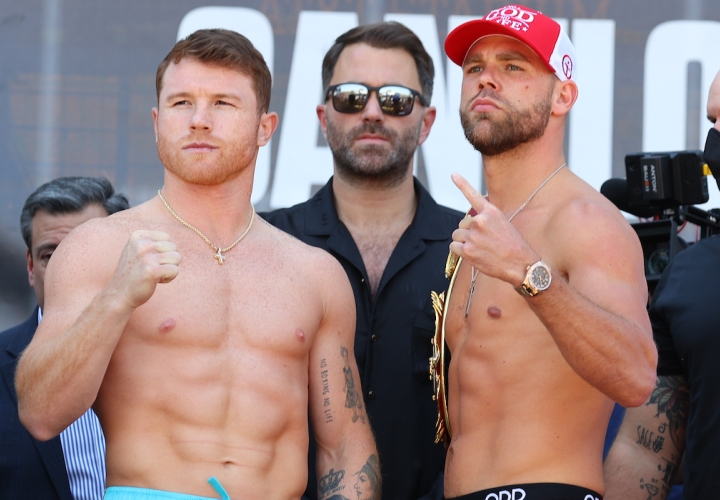 “I’m excited for Billy to be able to go out there and show what he’s said he’s always been able to do, and I am excited for Saul because the atmosphere for him is going to be incredible - so may the best man win.” 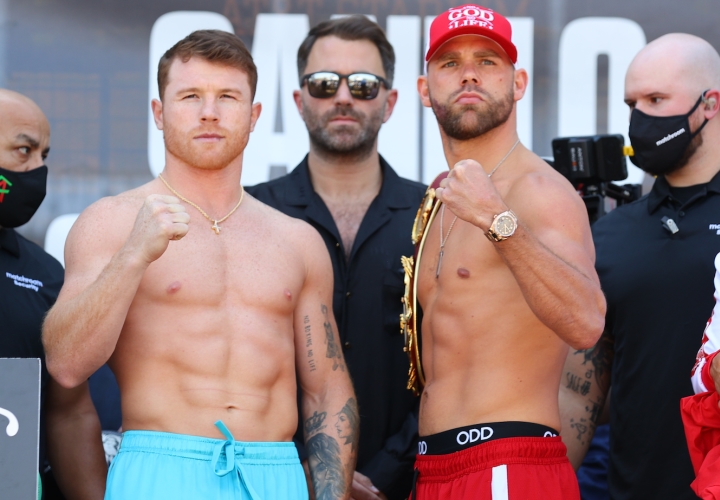 Alvarez and Saunders clash on a huge night of action in Texas with a stacked undercard in support of the mammoth main event, with Elwin Soto (18-1 12 KOs) defending his WBO World Light-Flyweight title against Katsunari Takayama (32-8 12 KOs). 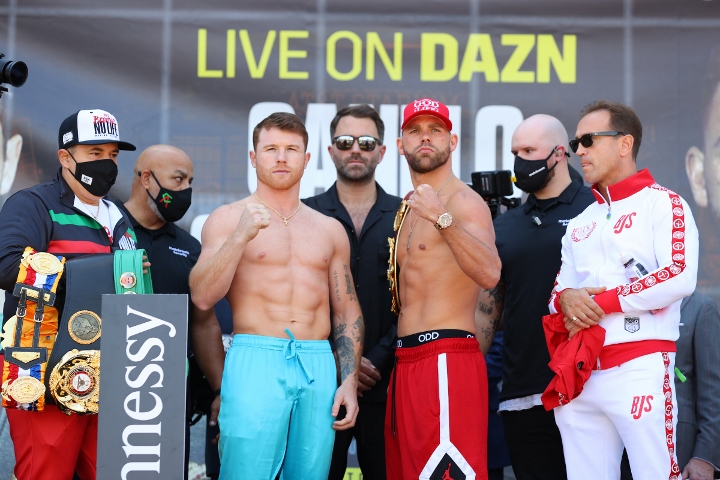 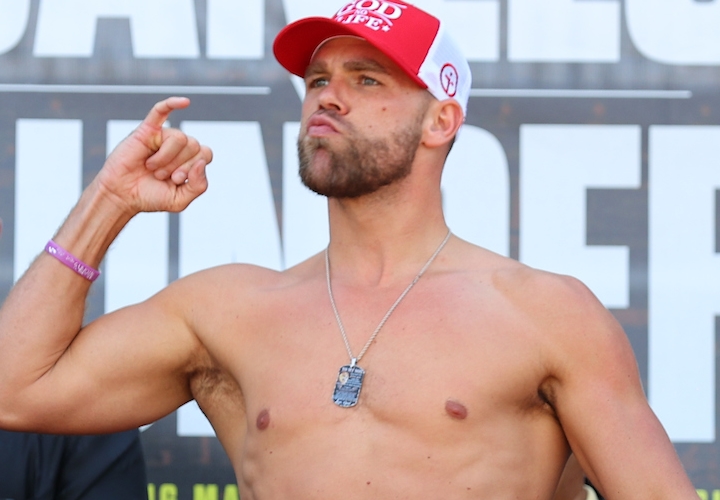 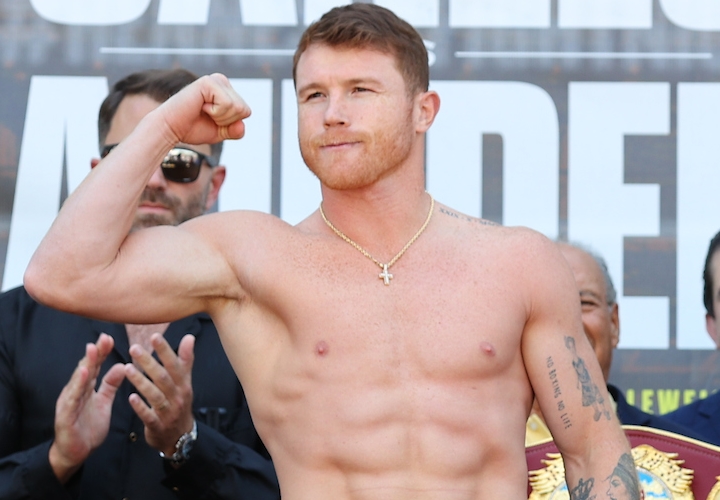 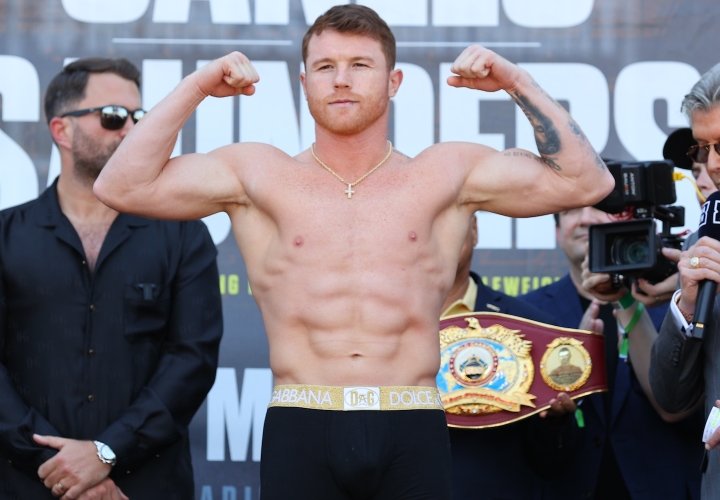 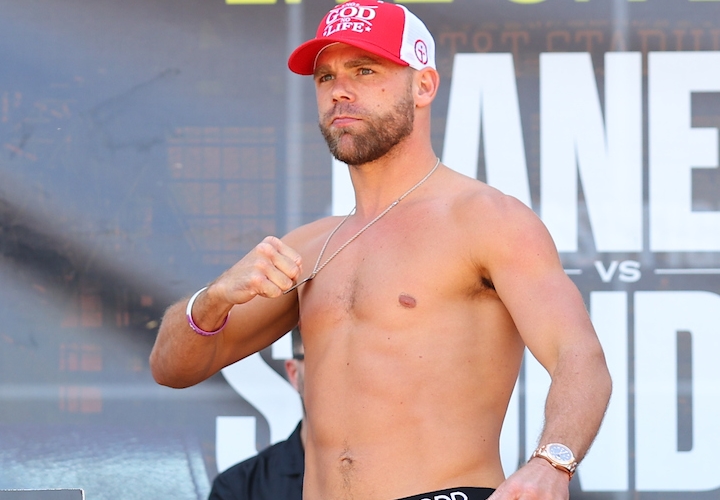 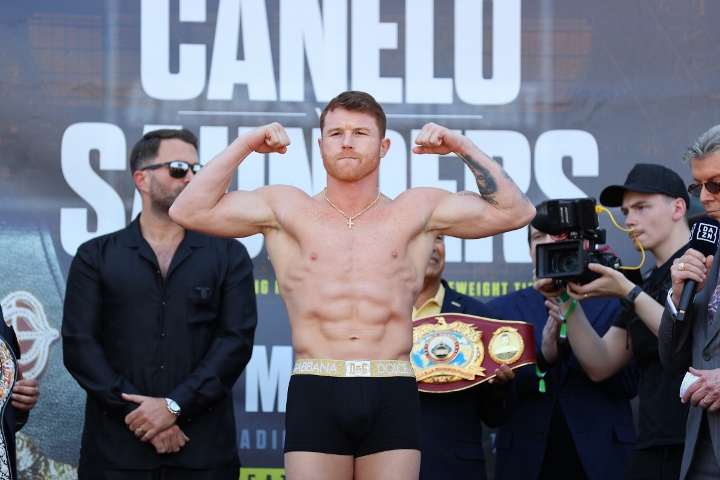 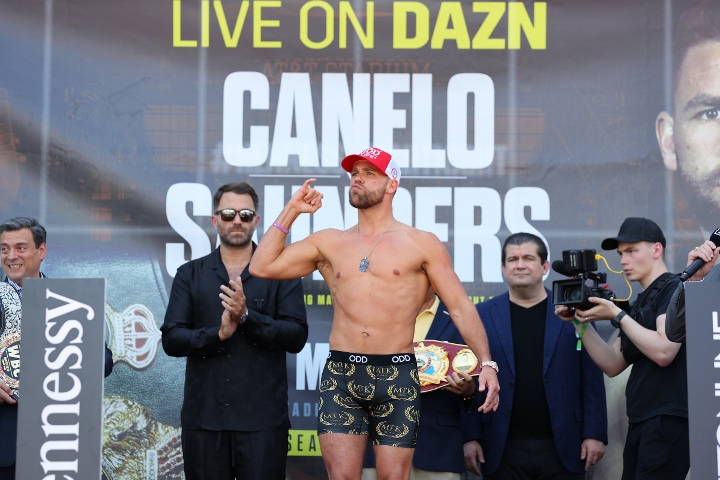