A few days remains, as Canelo Alvarez and Billy Joe Saunders went face to face at the final press conference. They will collide at AT&T Stadium on Saturday May 8, live worldwide on DAZN and on TV Azteca in Mexico. (photos by Ed Mulholland) 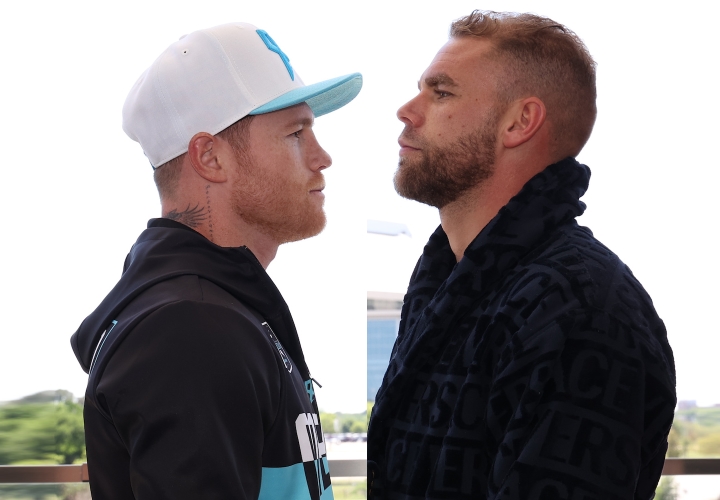 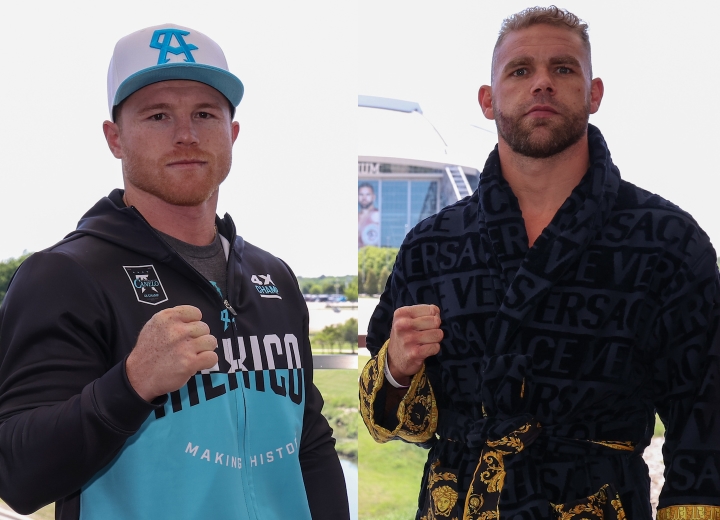 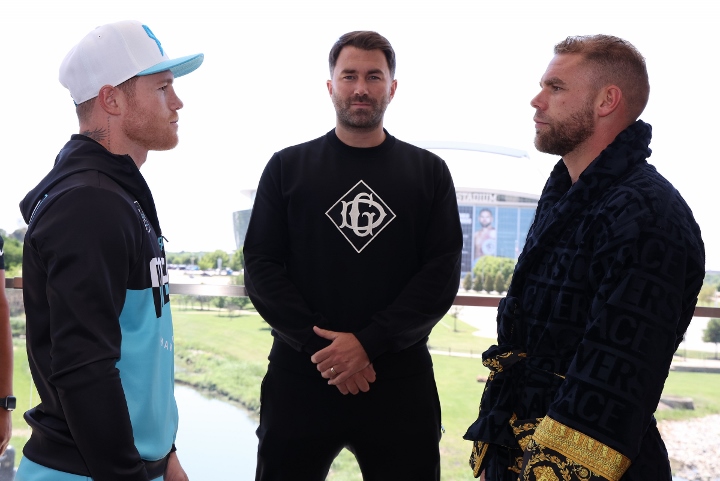 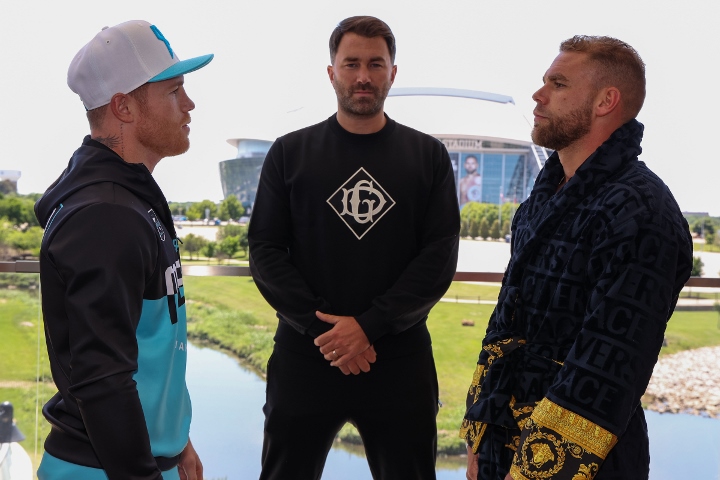 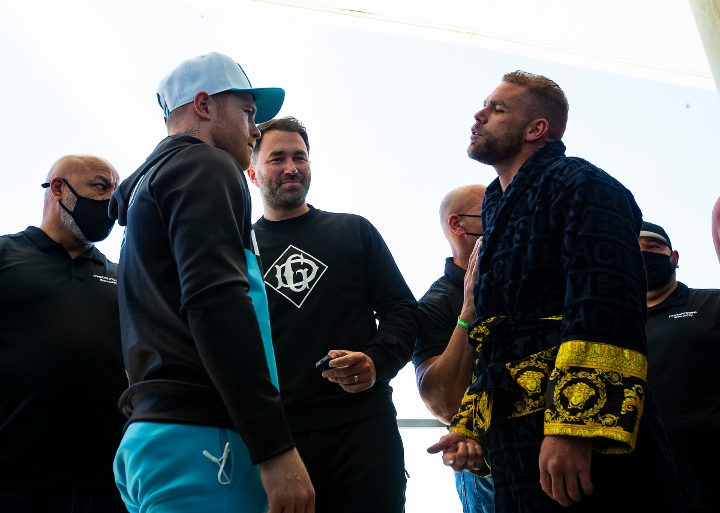 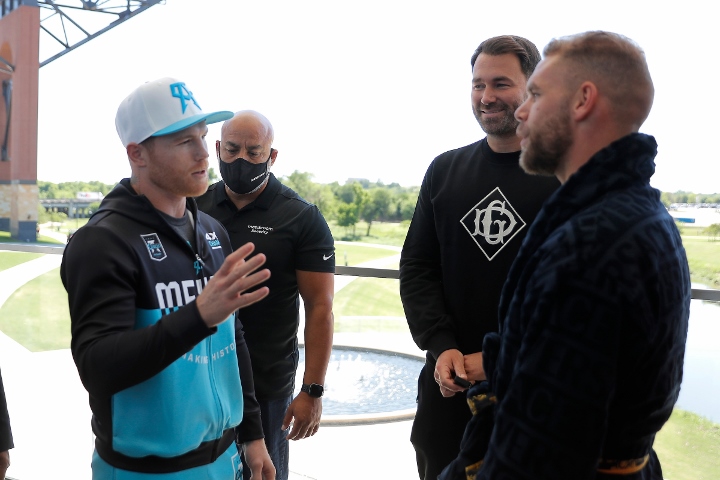 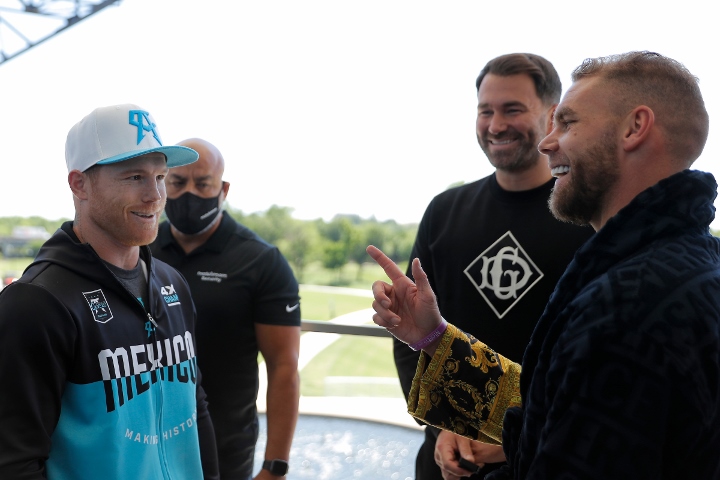 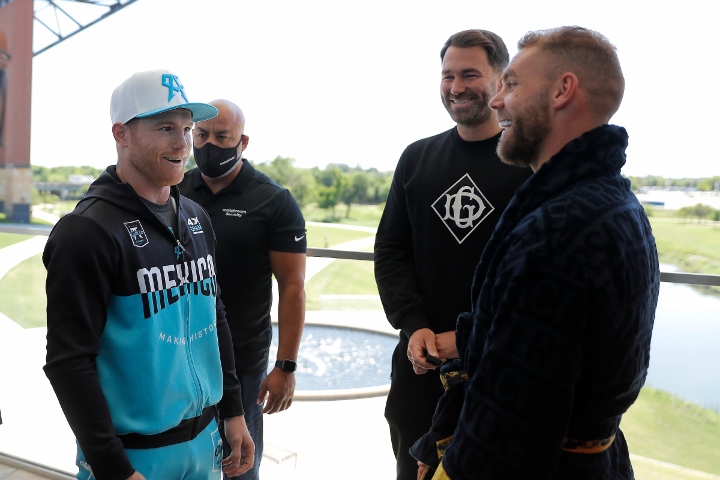 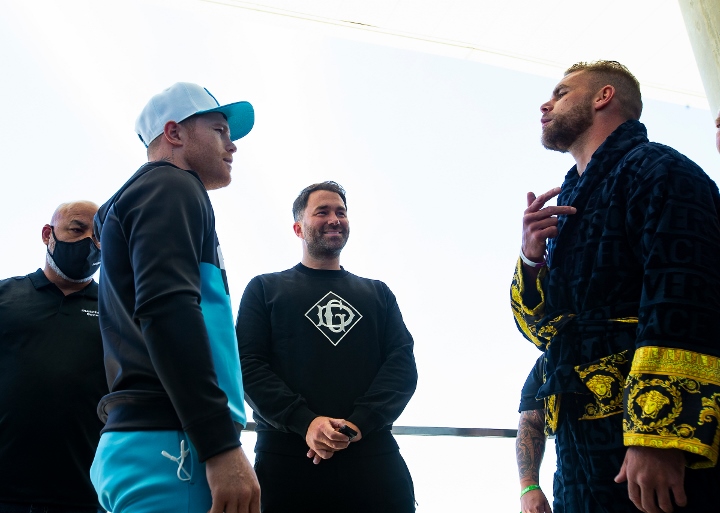 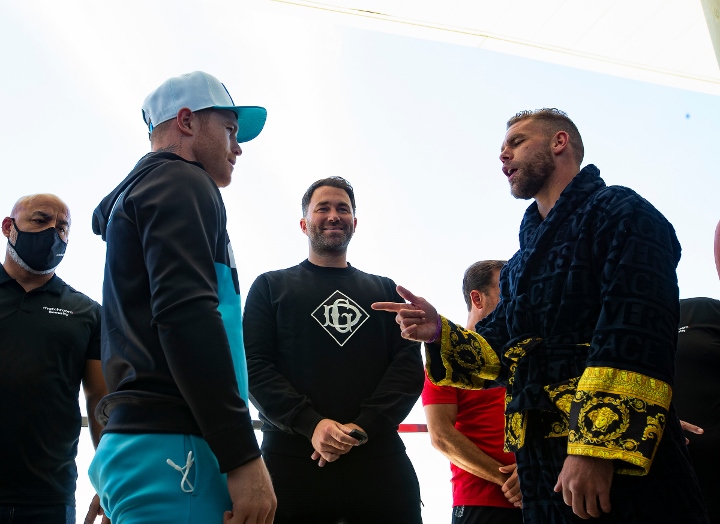 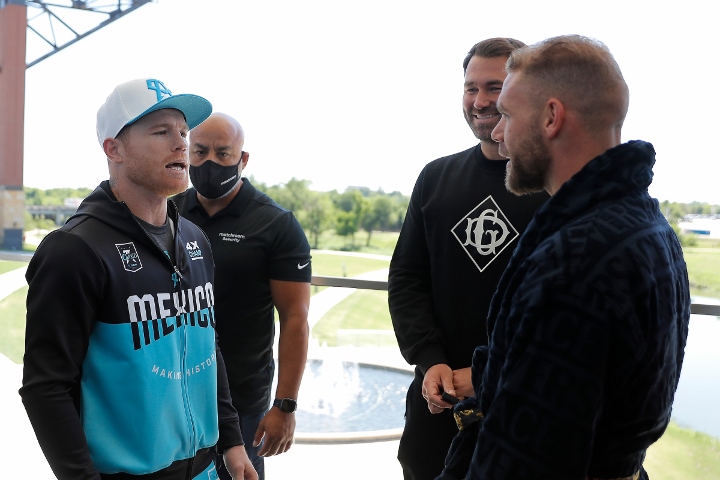 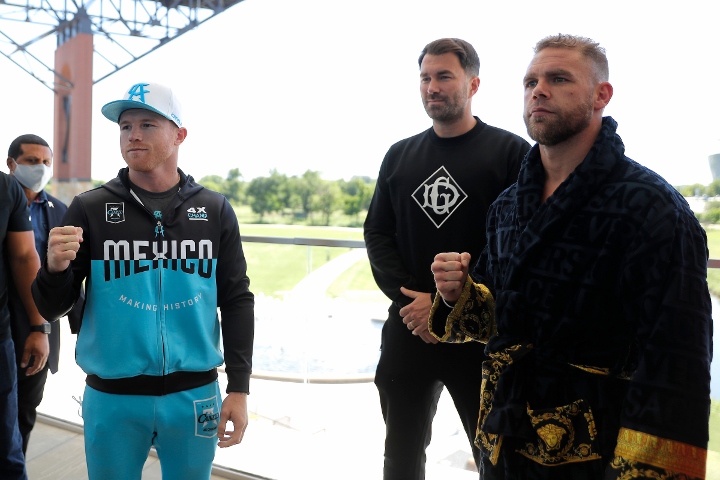 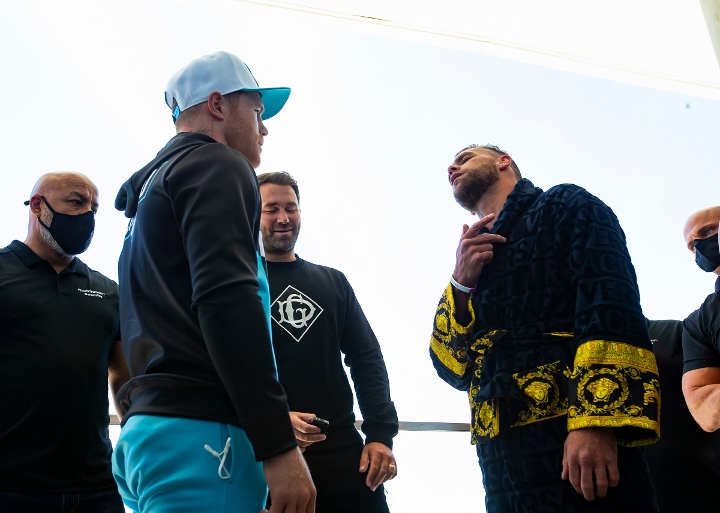 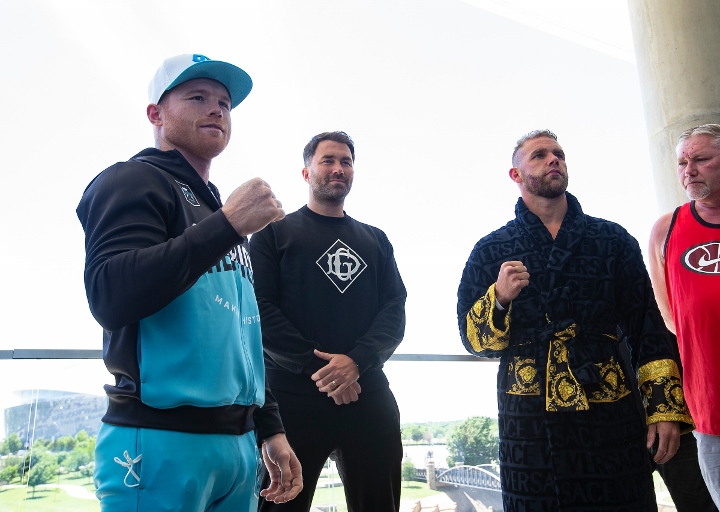 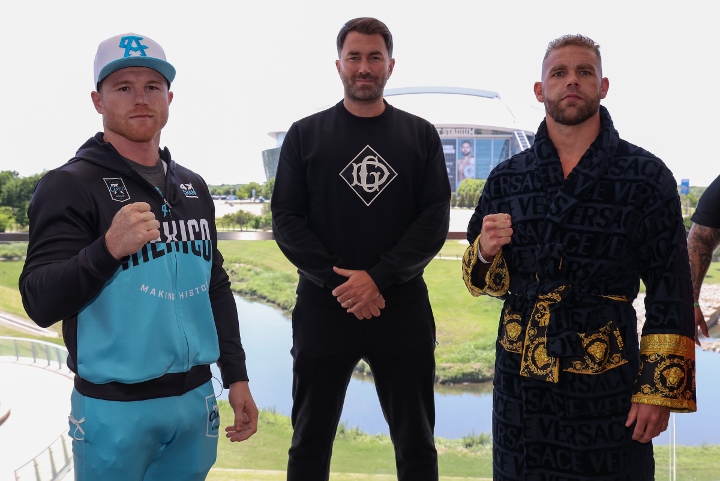 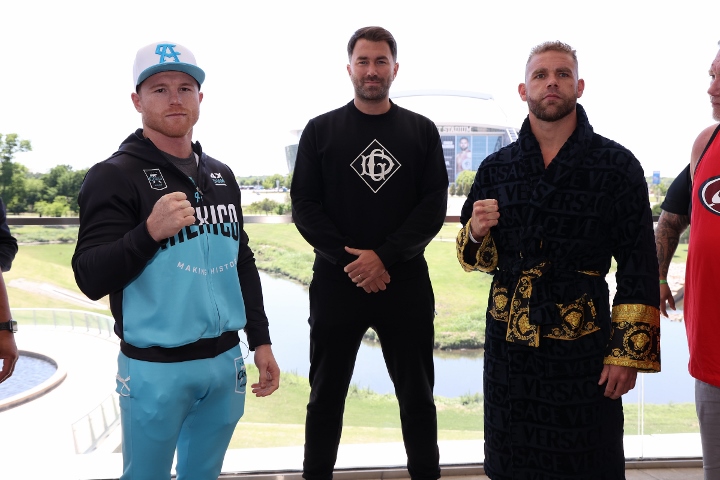 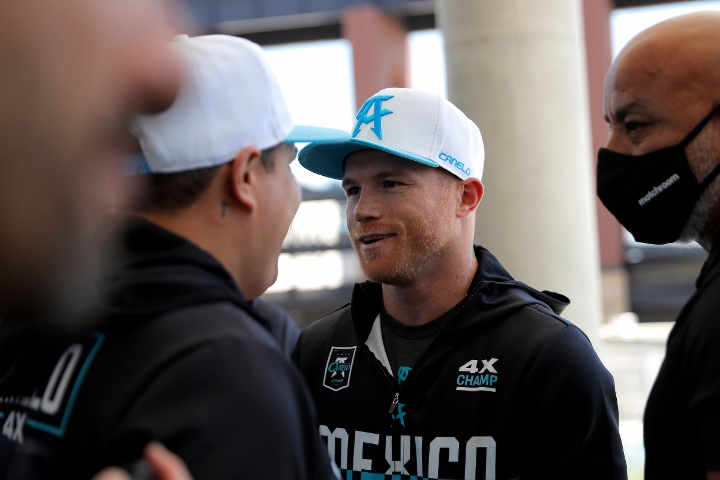