Former heavyweight world champion James "Bonecrusher" Smith will be the special VIP guest for the August 17 edition of Golden Boy Boxing on ESPN at Fantasy Springs Resort Casino in Indio, Calif. The main event will feature Andrew "El Chango" Cancio (18-4-2, 14 KOs) who will return to the ring in a 10-round super featherweight fight against contender Dardan Zenunaj (14-4, 11 KOs). (photos by Tom Hogan/Hoganphotos). 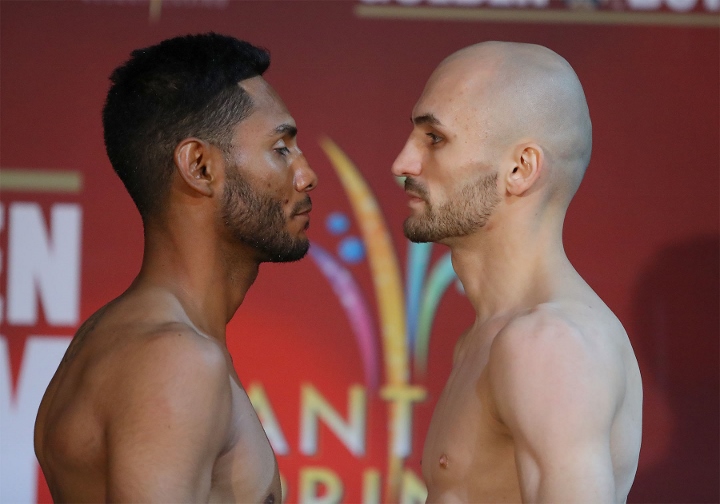 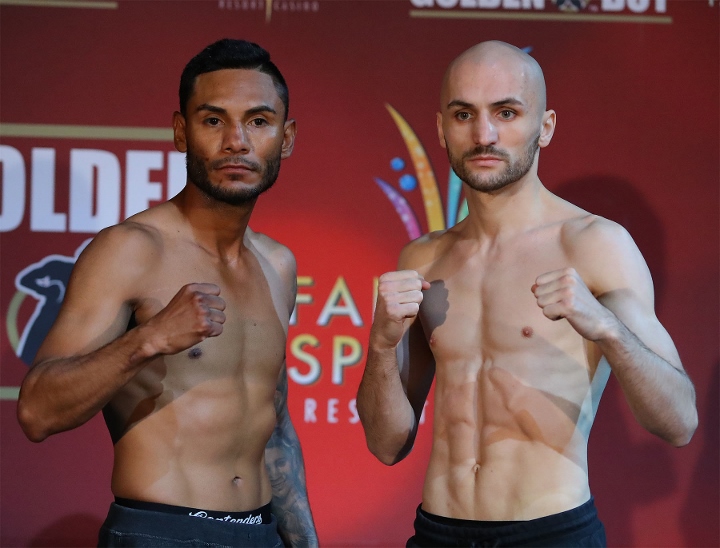 Having shared the ring with heavyweight world champions Larry Holmes and Mike Tyson, former WBA Heavyweight World Champion James "Bonecrusher" Smith had a boxing career that spanned two decades. In 1986, Smith became the WBA heavyweight champion with a shocking first-round knockout of Tim Witherspoon, and faced top-flight contenders including Frank Bruno, Mike Weaver, Rickey Parkey, and Jesse Ferguson. Smith was the first heavyweight in history to have earned a bachelor's degree, which he earned in 1975 in the field of Business Administration. Upon retiring in 1999, Smith committed himself to community service and launched his own non-profit, Champion for Kids. Smith will be in attendance for this event to meet fans, sign autographs and take pictures inside the Fantasy Springs Special Events Center before the ESPN transmission begins. The meet-and-greet is open to the public with the purchase of a ticket to the event. 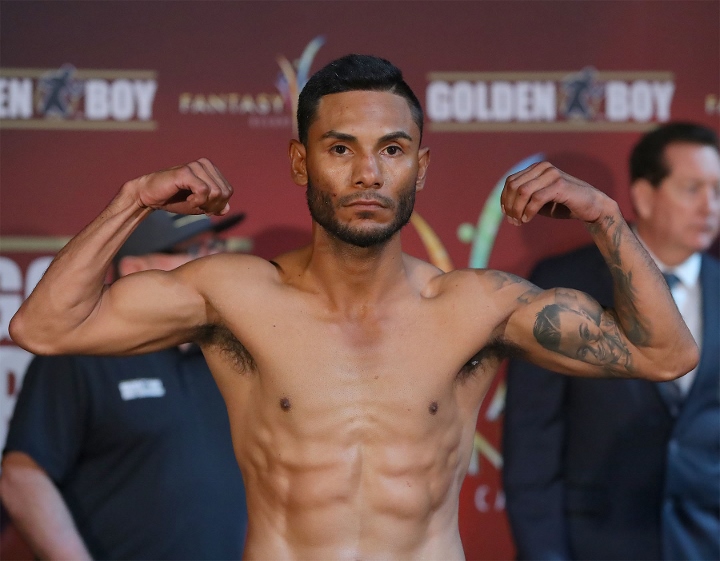 In the co-main event, Japanese slugger Yoshihiro "Corazon de Acero" Kamegai (27-4-2, 24 KOs) will make his highly anticipated return after his impressive first shot at a world title against Puerto Rico's living legend, Miguel Cotto. This time he'll participate in a 10-round super welterweight bout against Stoneham, Massachusetts's up-and-coming contender Greg "The Villain" Vendetti (19-2-1, 12 KOs). The bout is promoted in association with Murphy's Boxing. 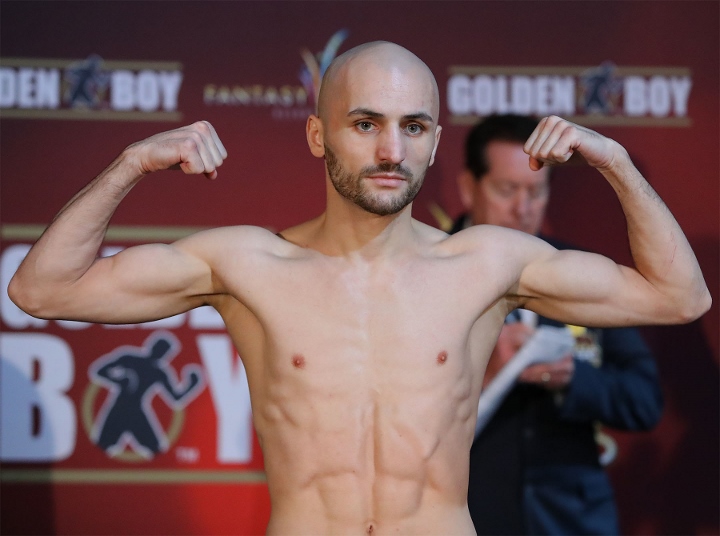 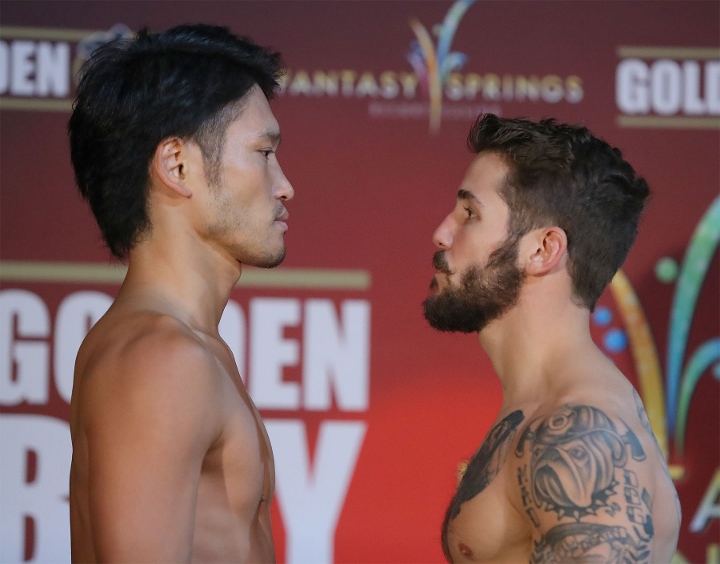 Cancio vs. Zenunaj is a 10-round super featherweight fight presented by Golden Boy Promotions. The event is sponsored by Tecate, "THE OFFICIAL BEER OF BOXING" and Hennessy, "Never Stop, Never Settle." The fights will take place on Friday, Aug. 17, 2018 at Fantasy Springs Resort Casino in Indio, Calif. Doors to the Special Events Center will open at 5:00 p.m. PT. ESPN2 and ESPN Deportes will air the fights beginning at 11:00 p.m. ET/8:00 p.m. PT. ESPN3 will live stream the fights beginning at 9:30 p.m. ET / 6:30 p.m. PT. 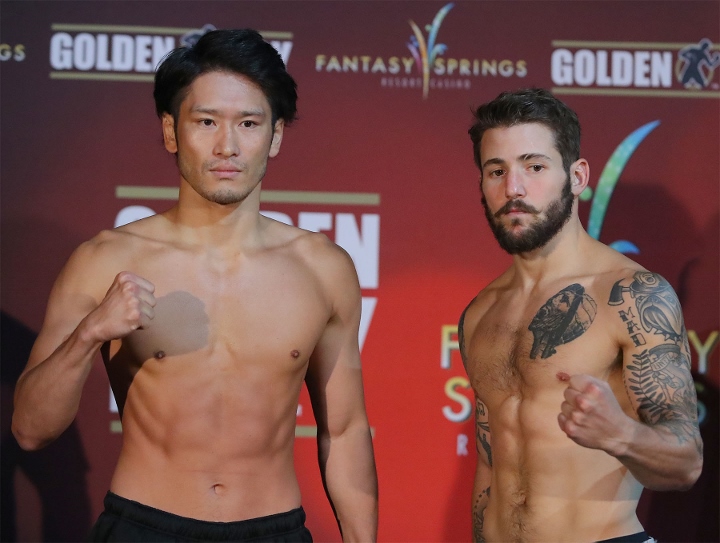 Man, I thought that was Kelly Pavlik in the fourth pic down hahaha. P.S. Kamegai is a warrior, I wonder how much more he has left though.