Artur Beterbiev knocked out the hard-hitting Radivoje “Hot Rod” Kalajdzic in the fifth round in front of 10,105 fans at Stockton Arena. (photos by Mikey Williams)

Beterbiev (14-0, 14 KOs) retained his IBF light heavyweight world title for the second time and now has his sights set on unification bouts.

Beterbiev knocked down Kalajdzic (24-2, 17 KOs) at the end of the third round, and Kalajdzic stumbled back to his corner. The two exchanged haymakers in the fourth, as both men were stunned at times in the round. 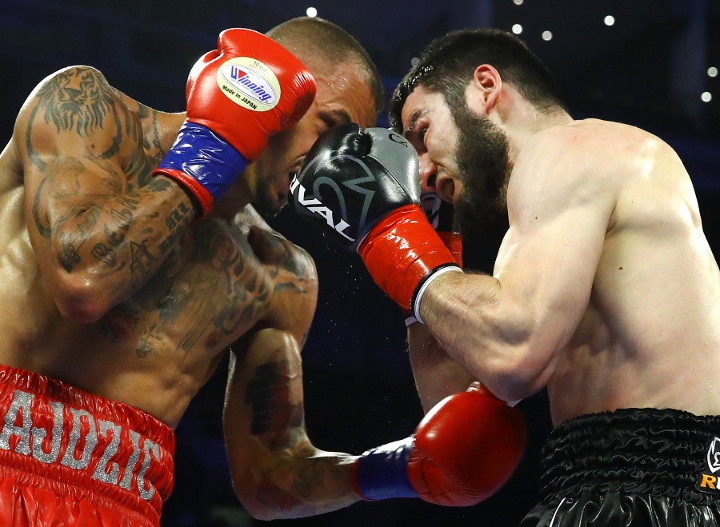 Beterbiev came out intent on finishing the show in the fifth and did just that. He pinned Kalajdzic to the ropes, unloaded to the head and body, and referee Dan Stell stepped in to end the fight.

And just like that, boxing's KO king remained unblemished. 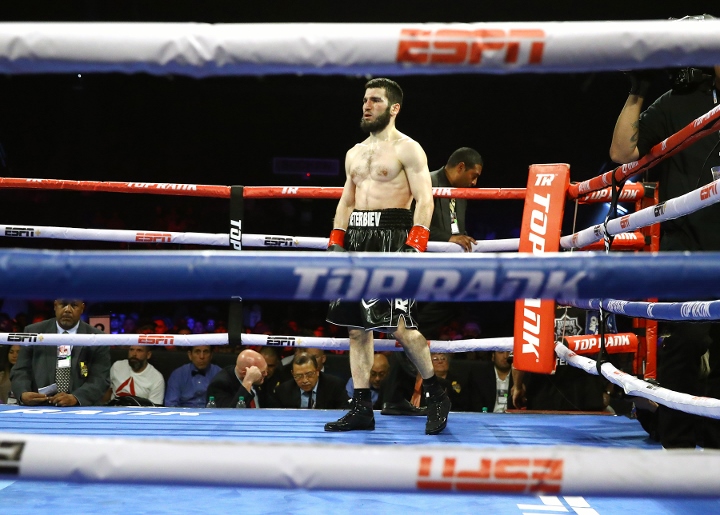 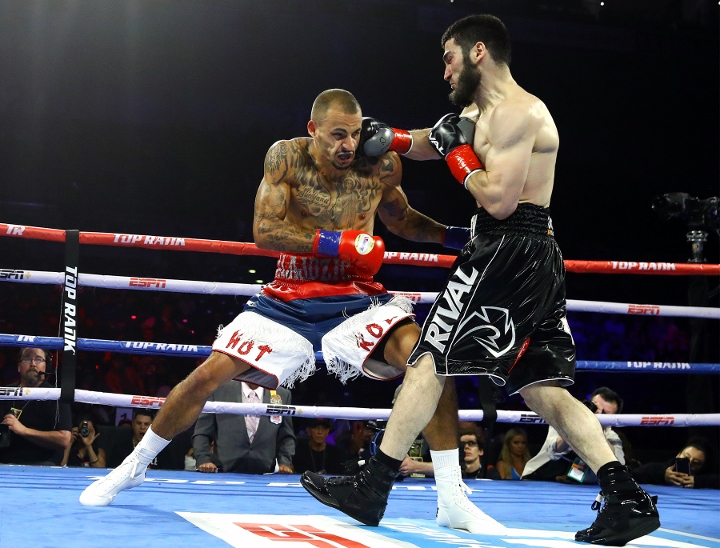 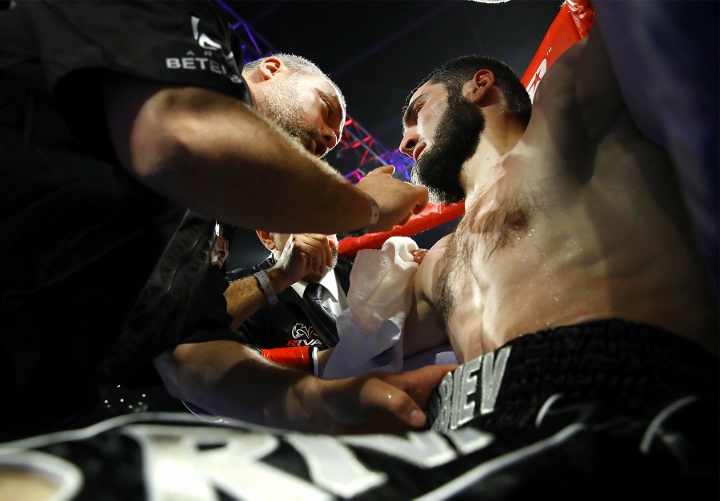 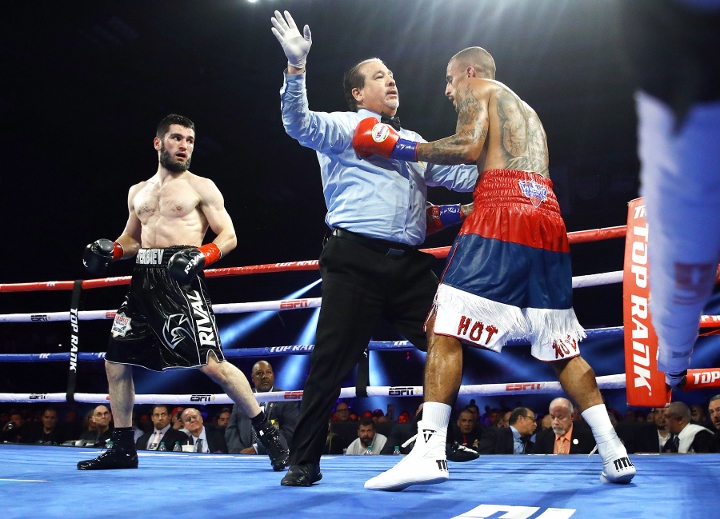 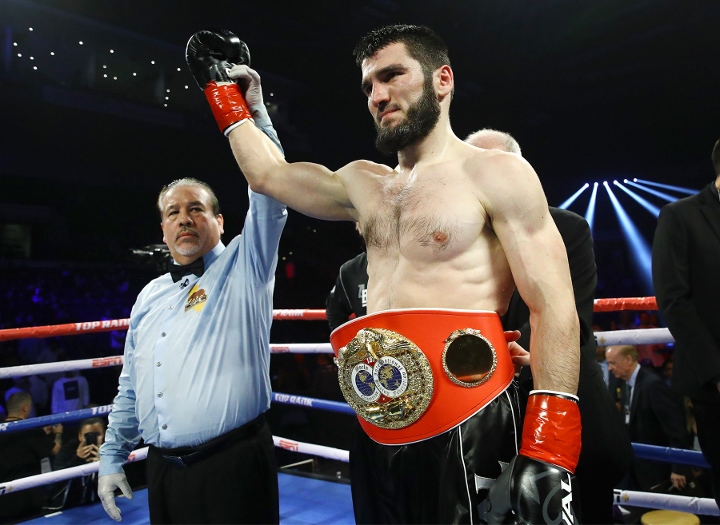 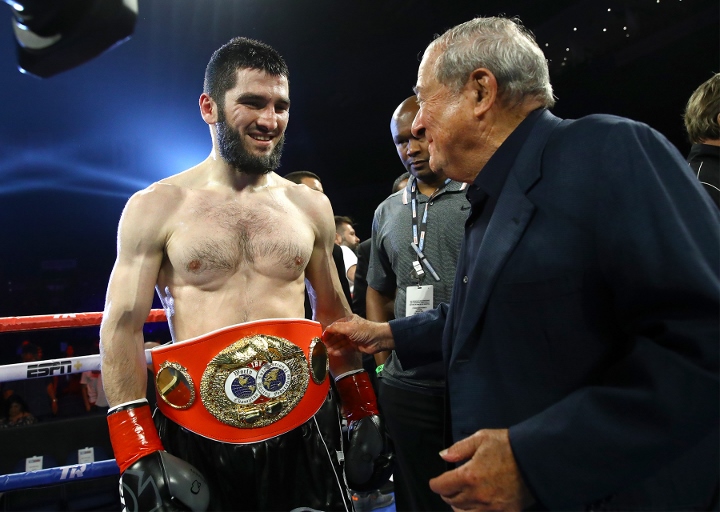 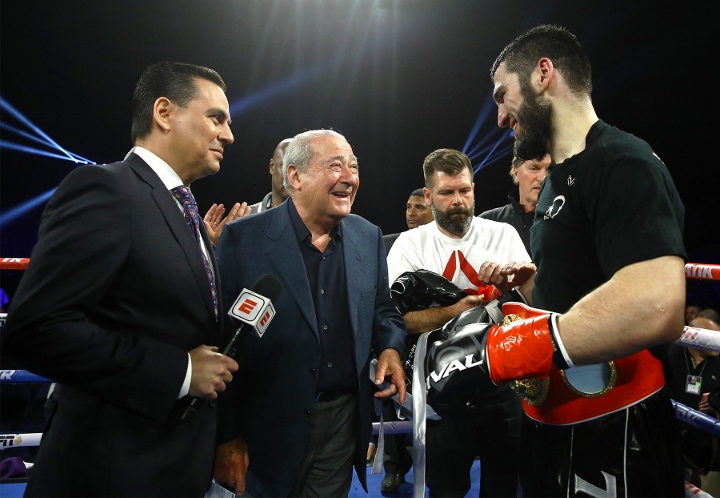 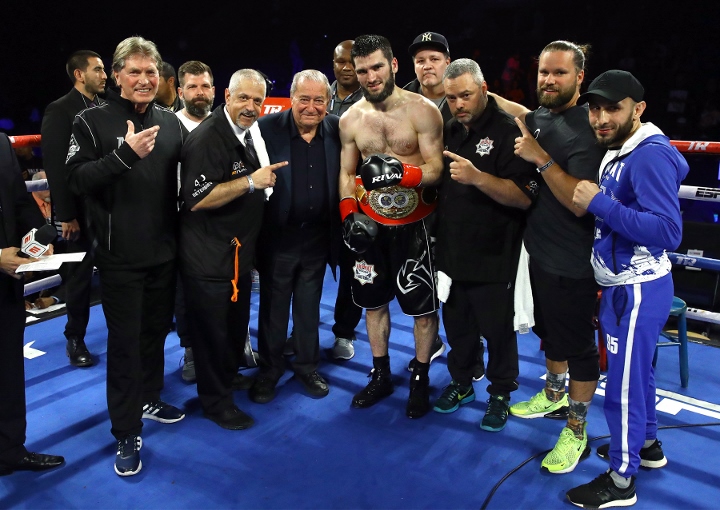