A year ago, Arthur won a twelve round split decision over Yarde. 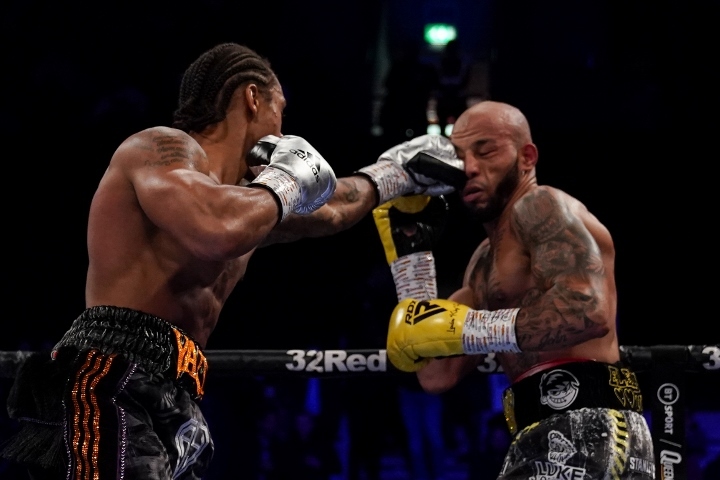 Yarde started the first round of the rematch at a fast pace. He was coming forward and pushing Arthur back. He was landing quick punches while Arthur was trying to get his jab going. Yarde was able to get past the jab most times and was closing the distance. 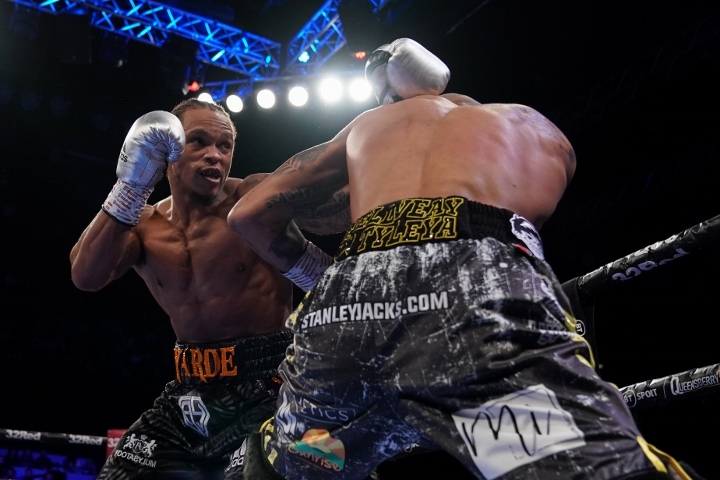 A lot of grappling in the second round, with Yarde landing most of the punches in close. Arthur was jabbing well when there as distance. Arthur was doing better in the third, with his jab and counters as Yarde came in. It was mostly Arthur's round, but Yarde came roaring back in final seconds. 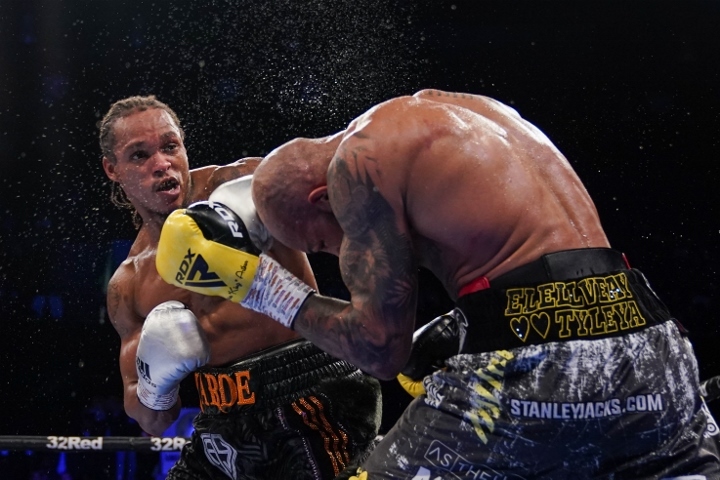 In the fourth, Yarde was landing heavy punches to the head and body of Arthur and sent him crashing down. Arthur got up in bad shape and the fight was waved off. 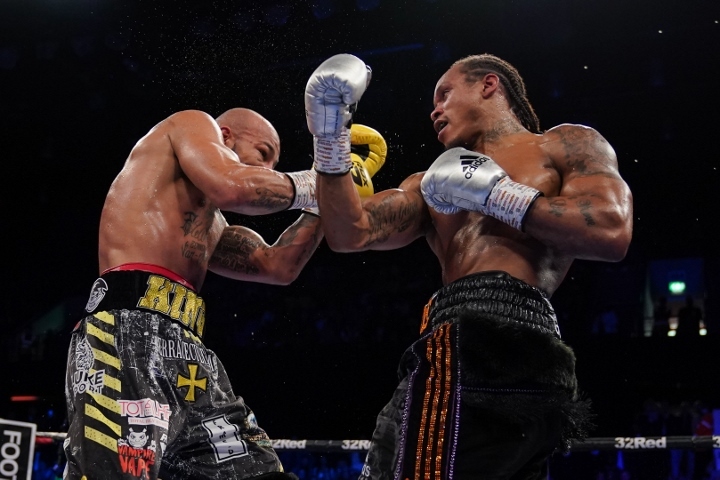 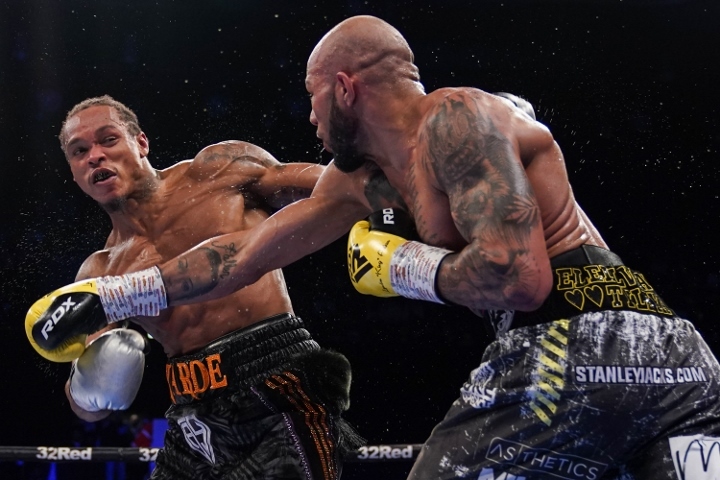 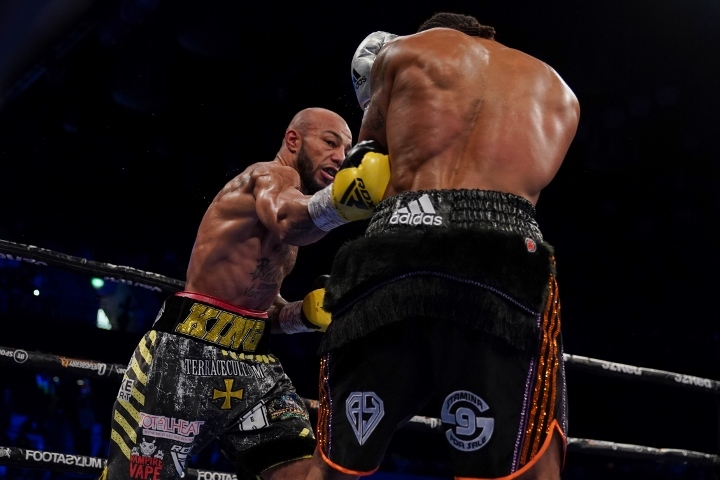 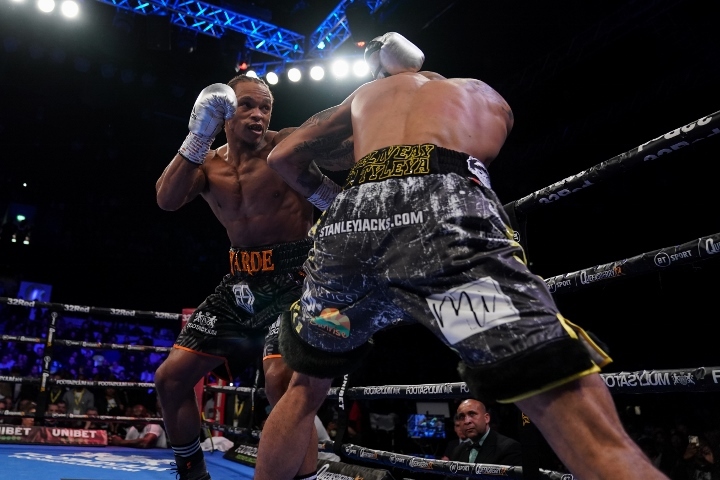 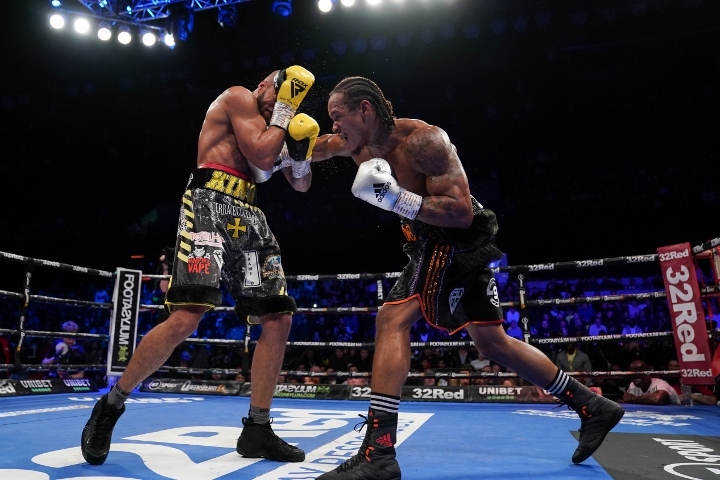 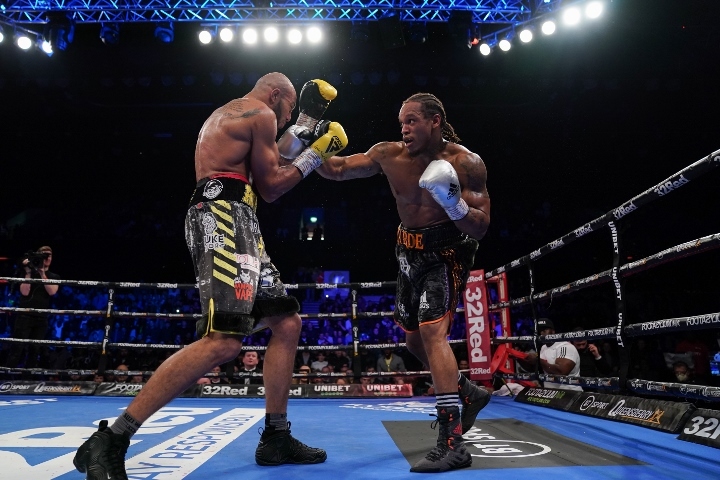 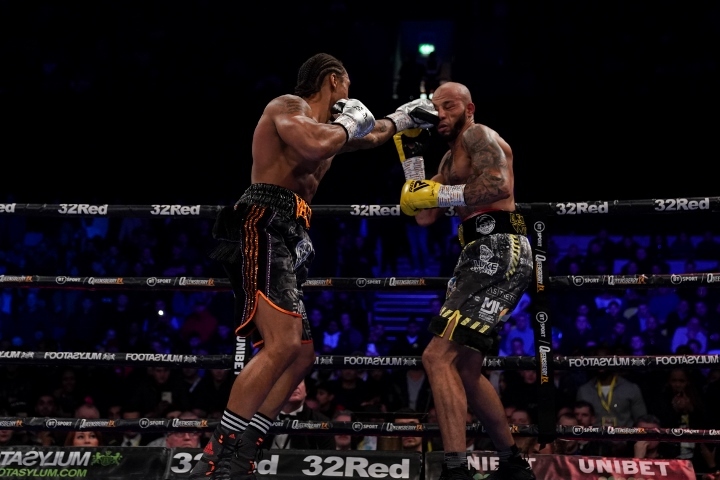 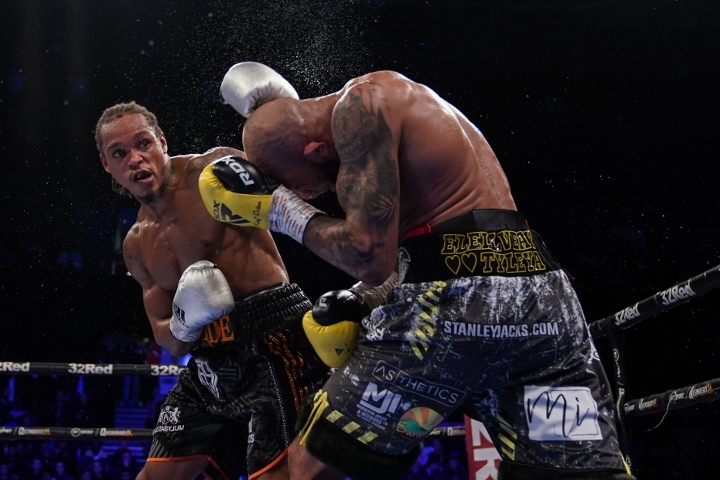 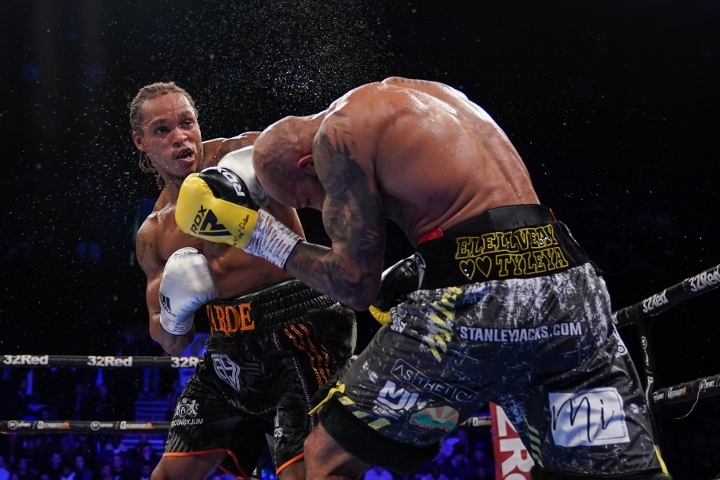 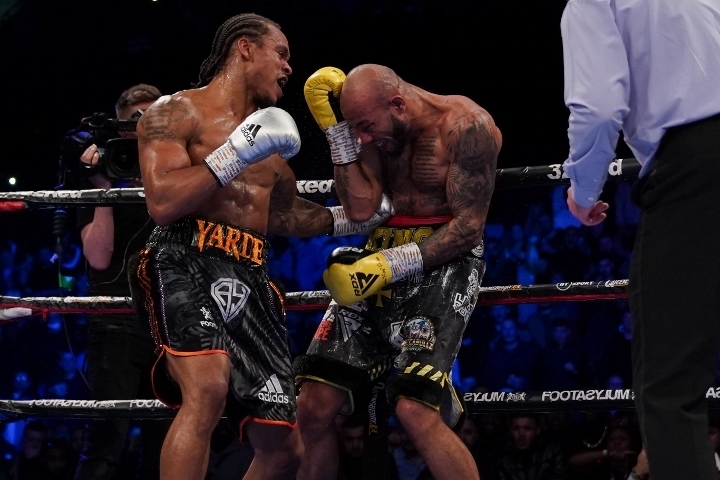 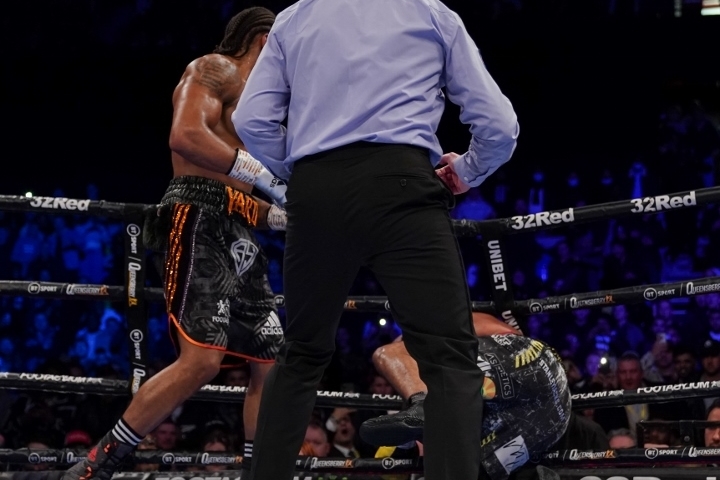 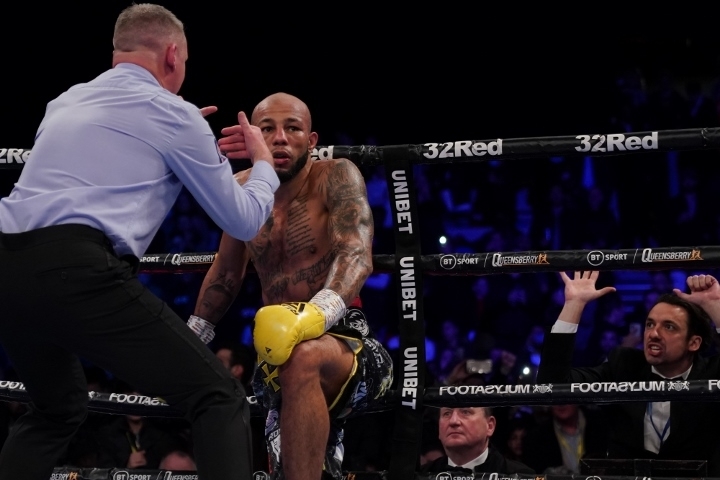 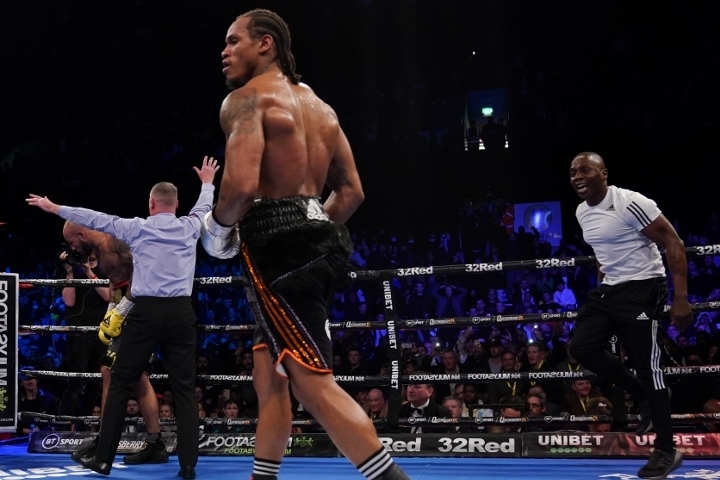 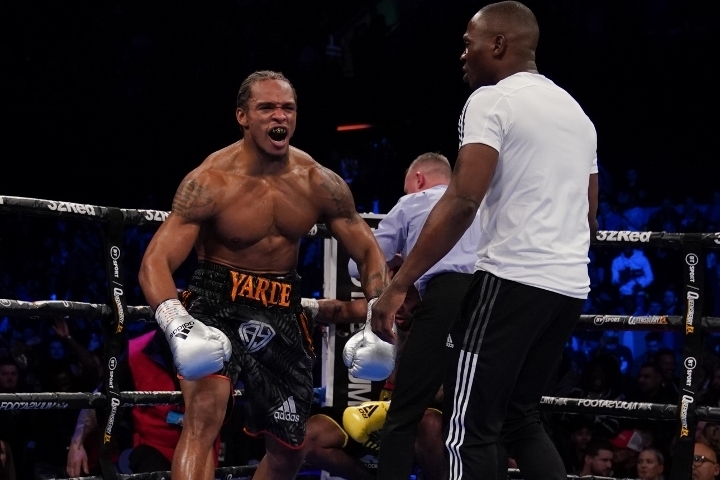 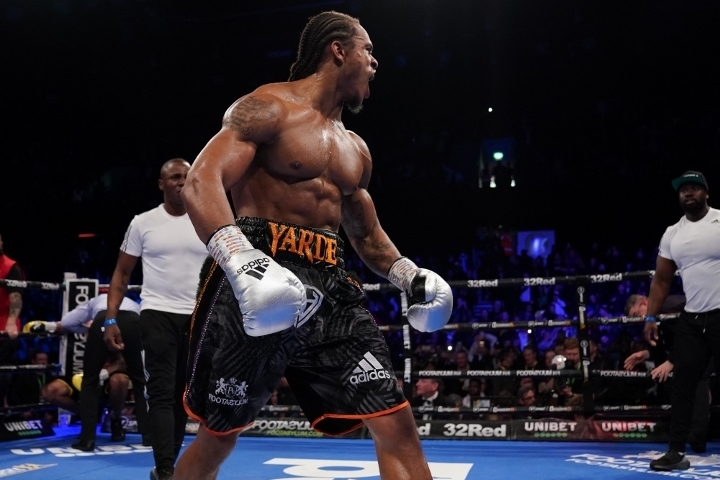 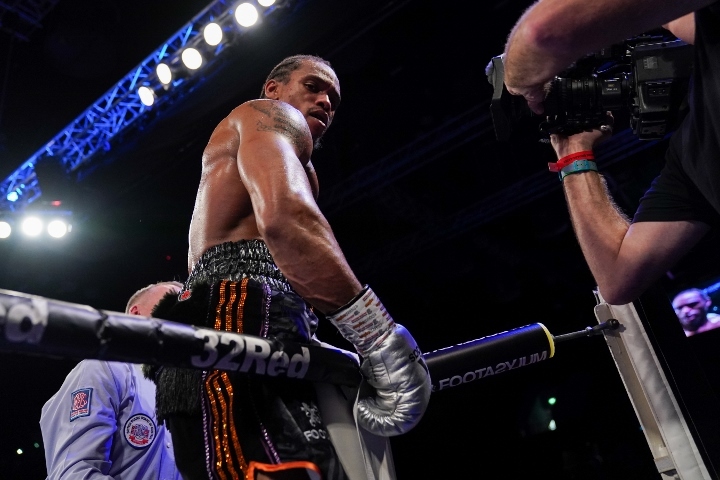 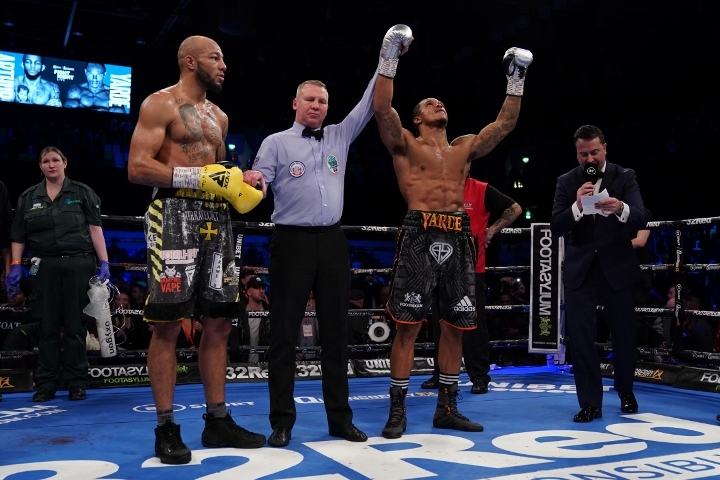 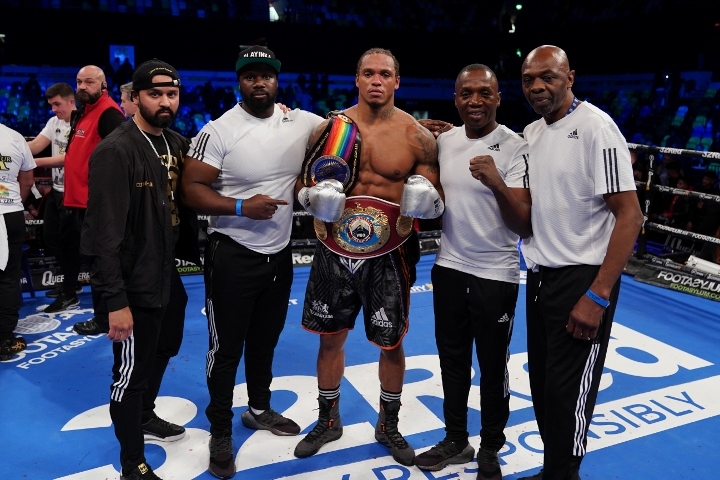 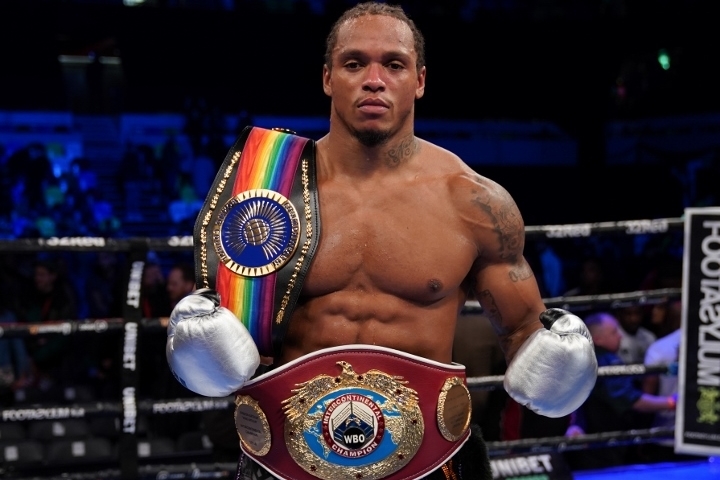