Unified Heavyweight Champion of the World Anthony Joshua toured around the state of the art home of Tottenham Hotspur on Monday July 19 2021 ahead of the official fight announcement with Oleksandr Usyk. (photos by Mark Robinson)

Joshua (24-1, 22 KOs) puts his IBF, WBA, WBO and IBO World Titles on the line against Ukrainian pound-for-pound star Usyk at Tottenham Hotspur Stadium in London on Saturday September 25, live on Sports Box Office in the UK and Ireland. 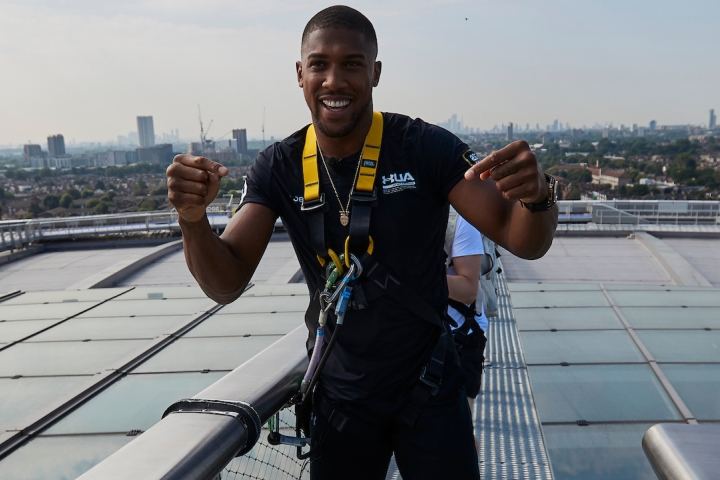 During his tour 'AJ' took in the breath-taking views of London on the high-rise 'Dare Skywalk', walking the roof and visiting the iconic Golden Cockerel before making his way down to take his first steps on the pitch where he met former player and club legend Ledley King. 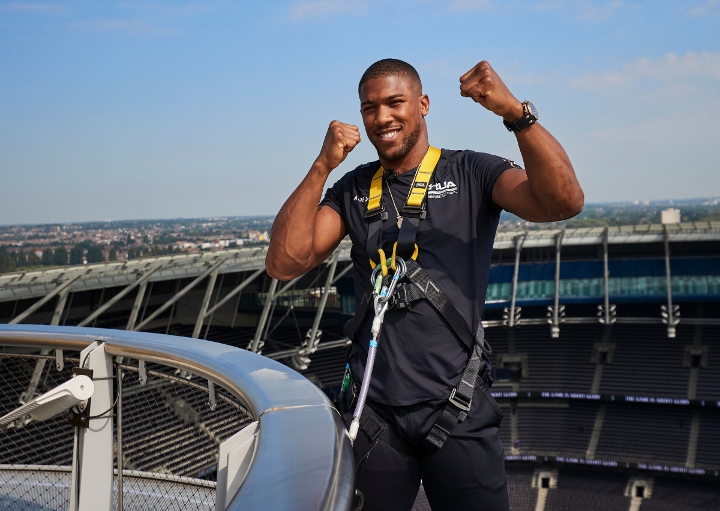 Tottenham Hotspur Stadium is not only the largest football club stadium in London, it is a multi-purpose venue, capable of hosting a range of events, 365 days a year - helping pump circa £300m into the local economy each year. The stadium will host two back-to-back NFL London Games in October this year, with rugby and concerts scheduled for 2022, alongside Tottenham Hotspur football matches. 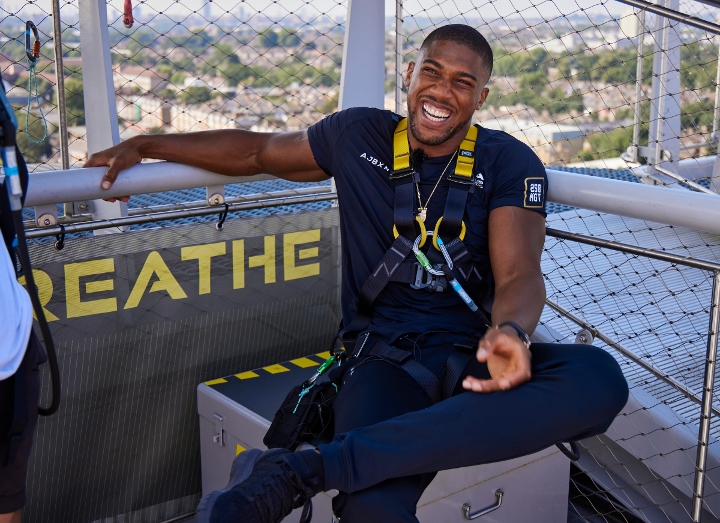 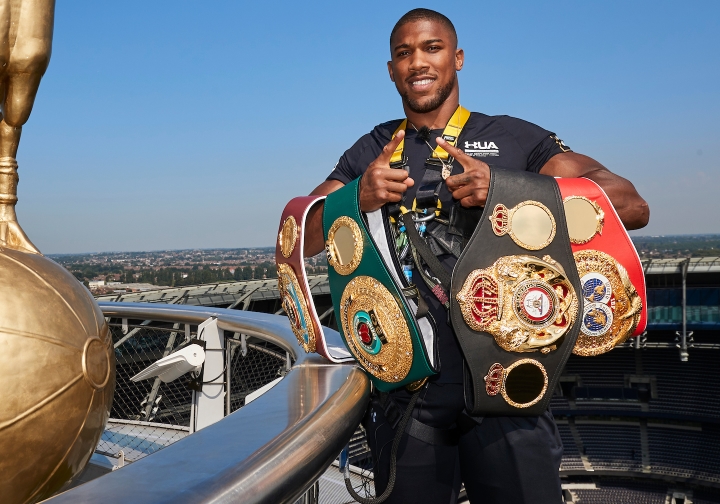 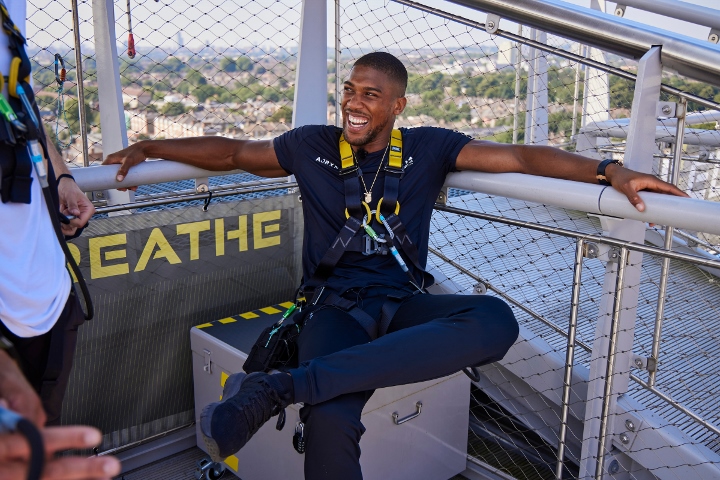 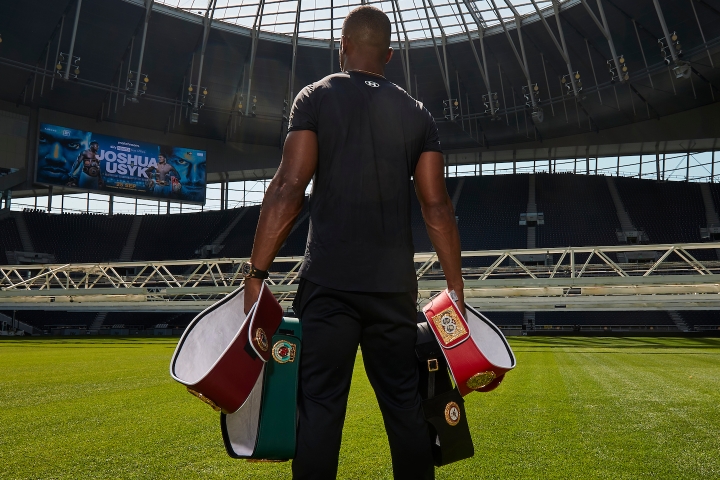 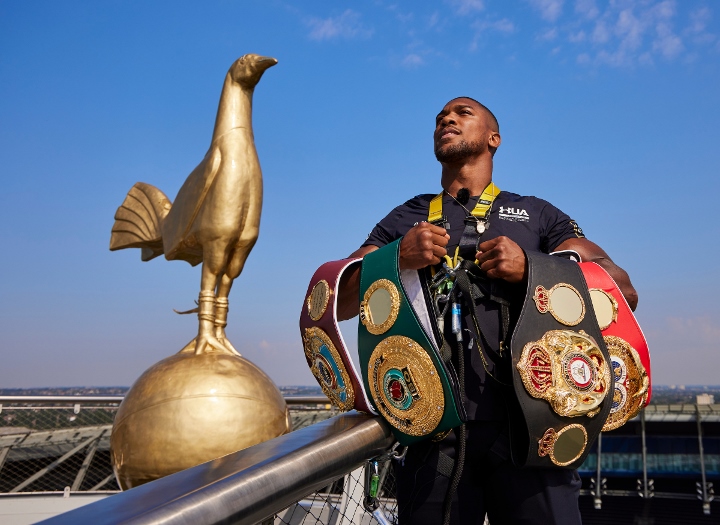 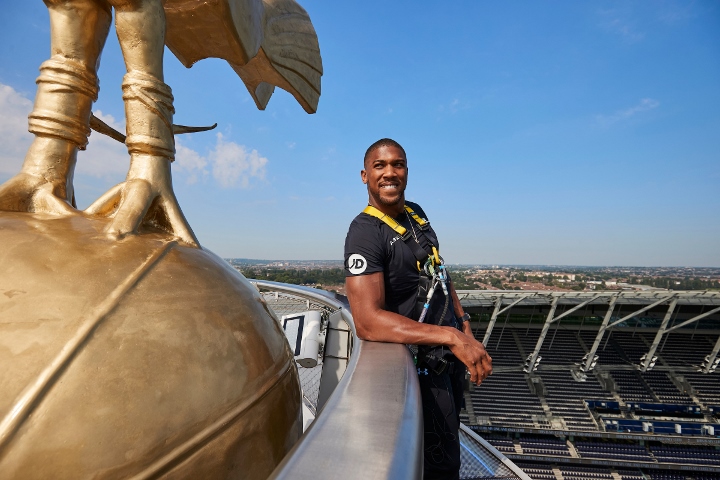 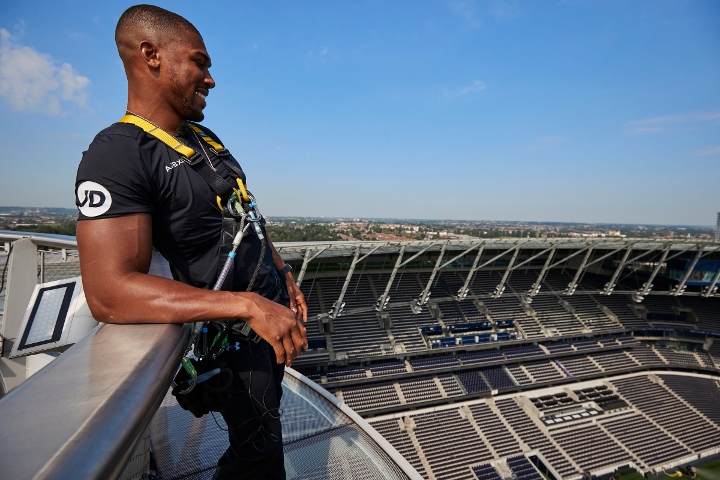 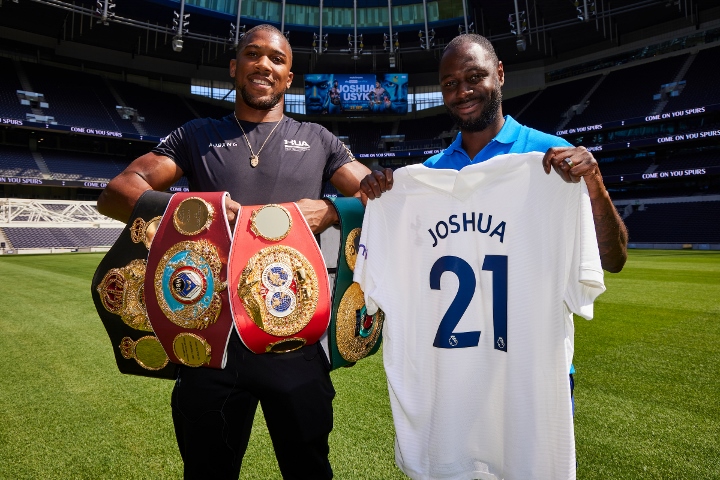 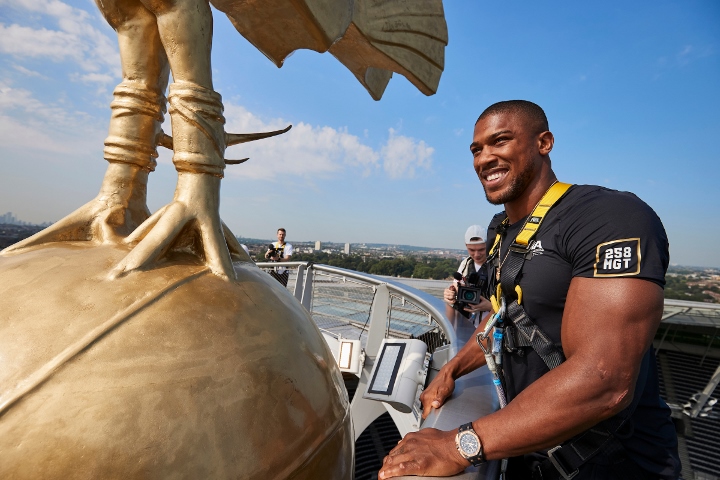 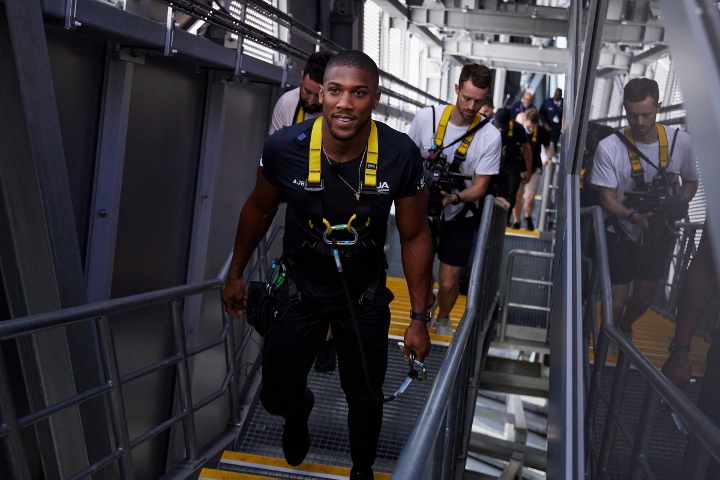 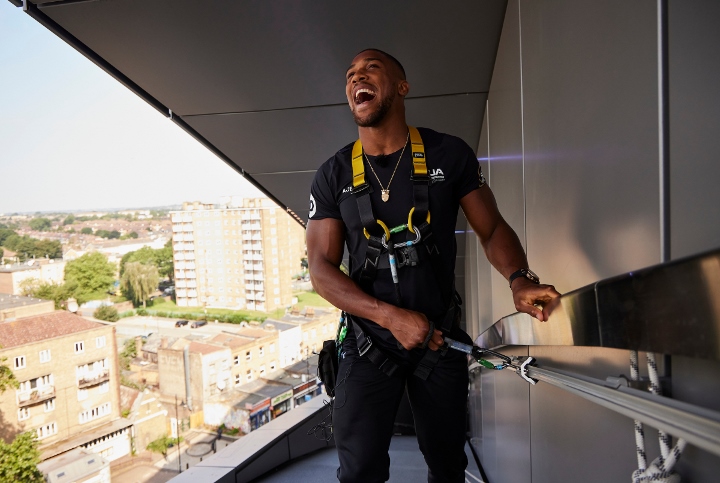 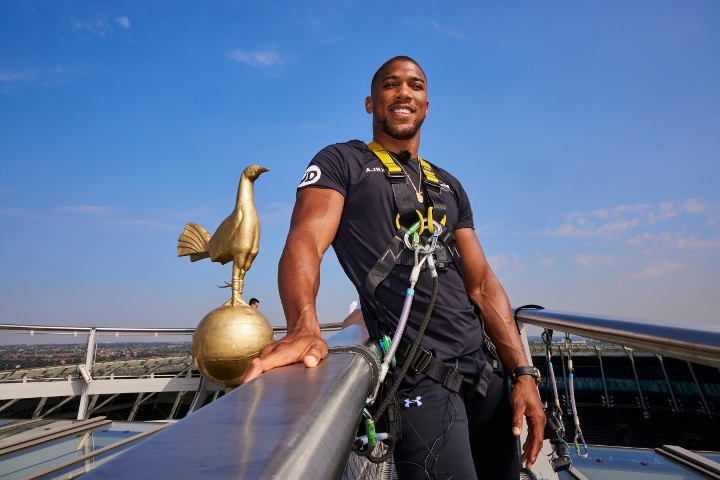 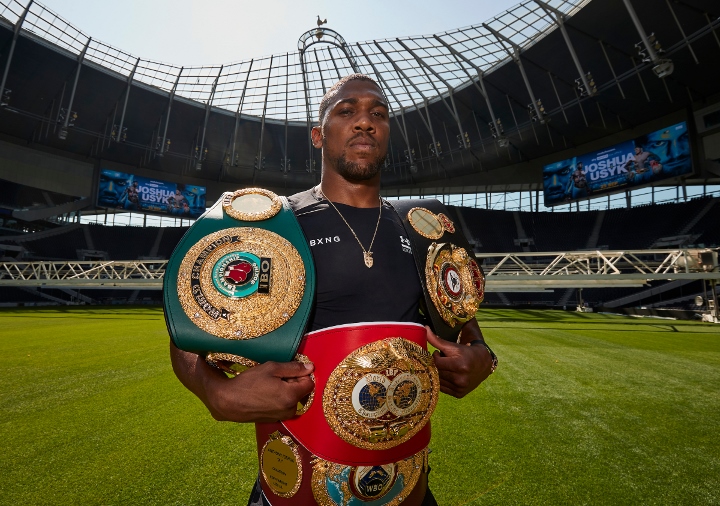 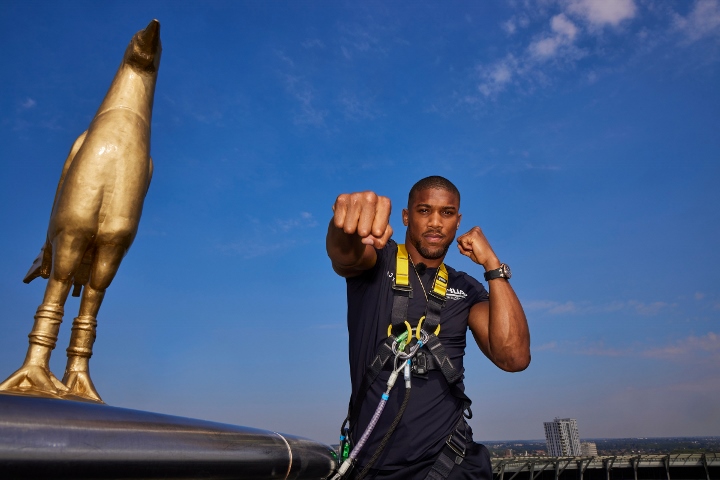 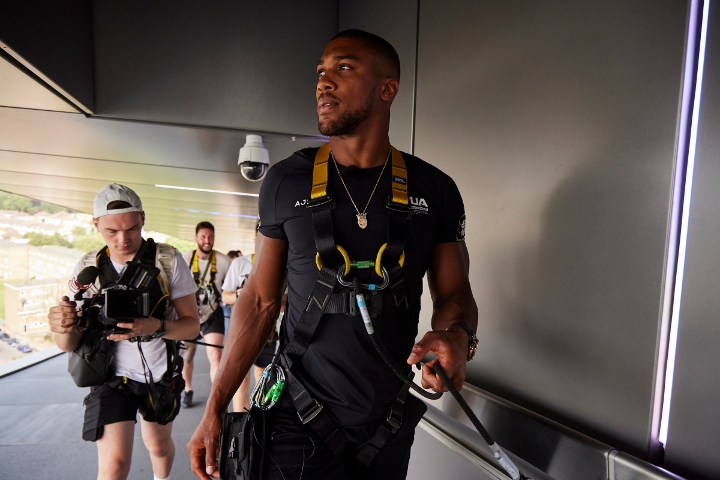 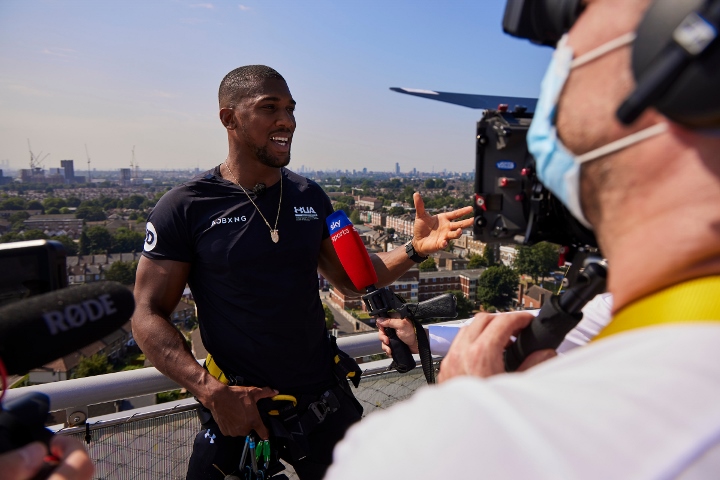 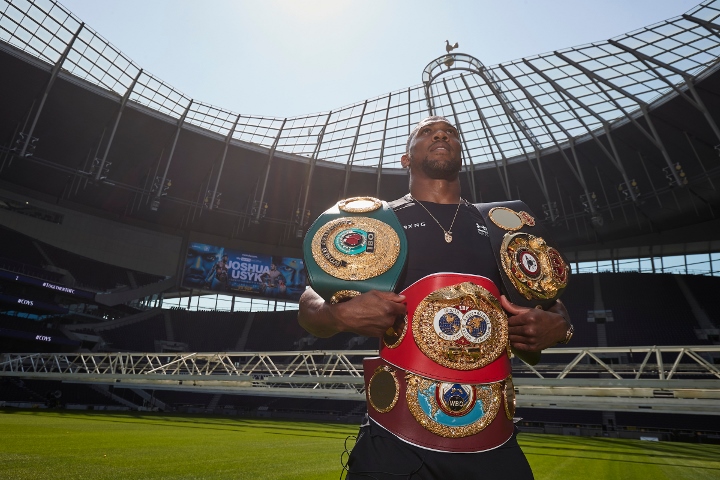 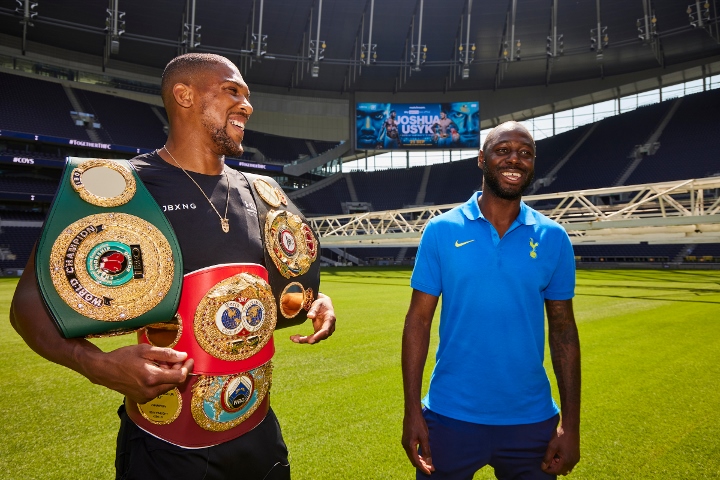 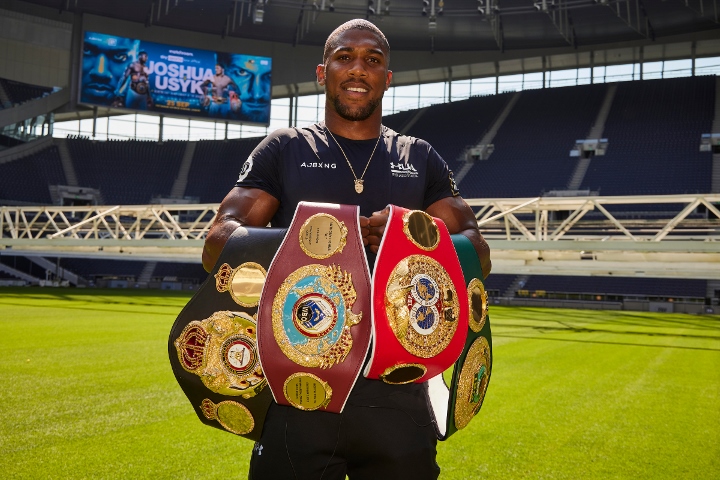 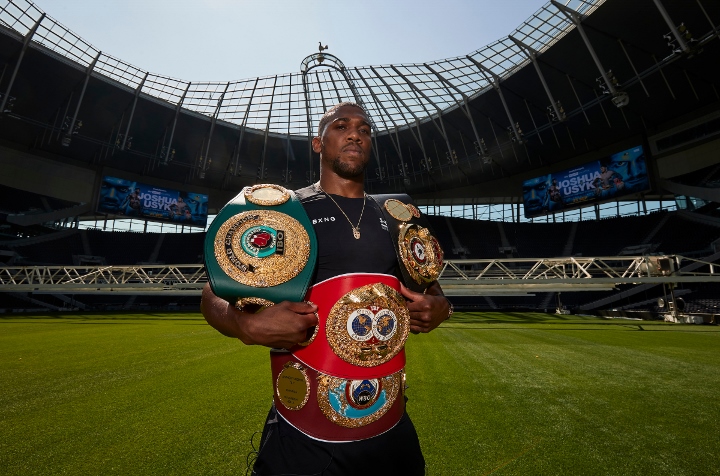