Photos: Amir Khan Too Big, Too Fast - Puts Away Billy Dib in Four 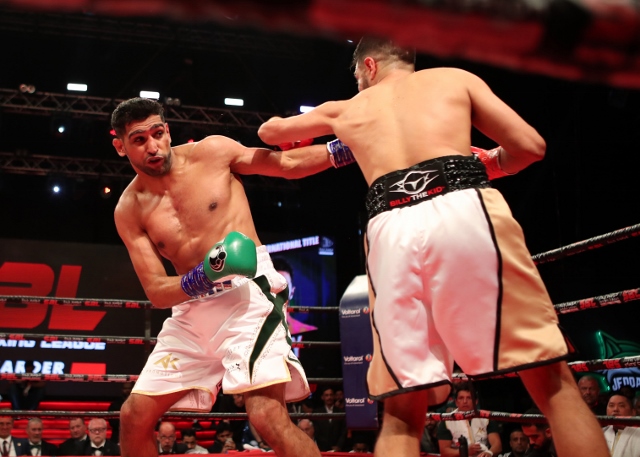 Dib came in as a very late replacement. Dib, who never fought beyond the lightweight limit of 135-pounds, was moving up by two weight divisions to take the fight. 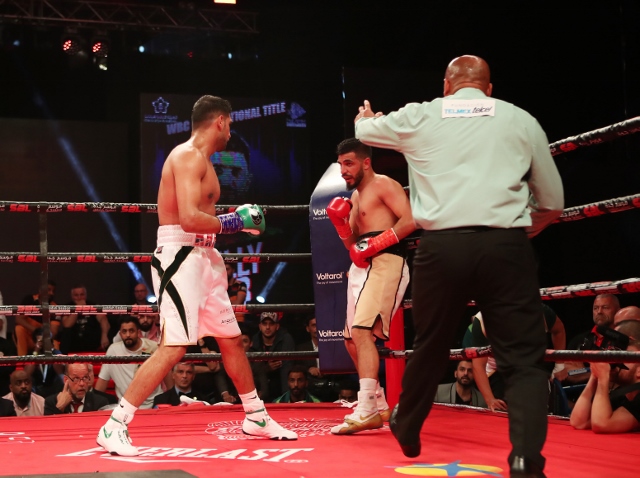 Khan was coming back from an April stoppage loss to WBO welterweight champion Terence Crawford.

Khan was stalking Dib in the first round. During the second, Khan began to find his range and landed a left hand that sent Dib down to the mat. The and speed of Khan, and his overall size, was too much for Dib to deal with. 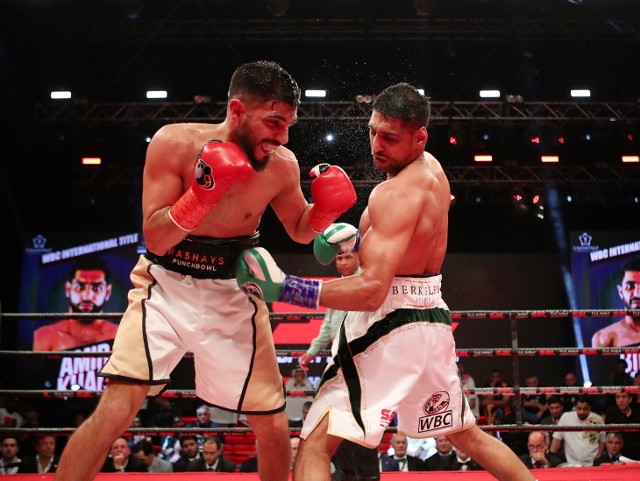 Dib was game, taking a lot of punishment in the third and doing his best to fight back - but not being able to do much of anything.

During the fourth, Khan battered Dib with a variety of punches to send him down for a second time and this time Dib's corner threw in the towel. 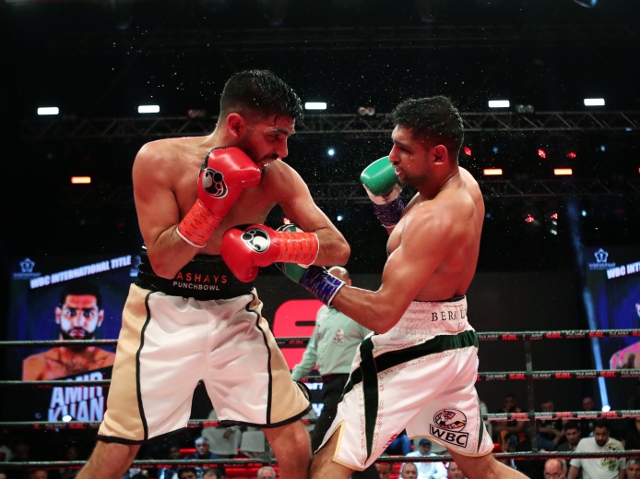 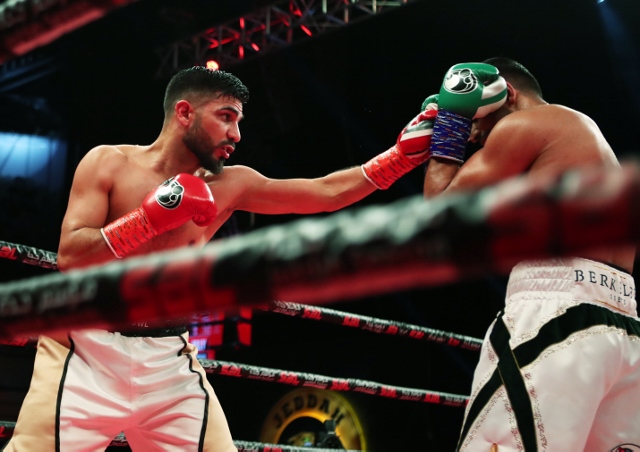 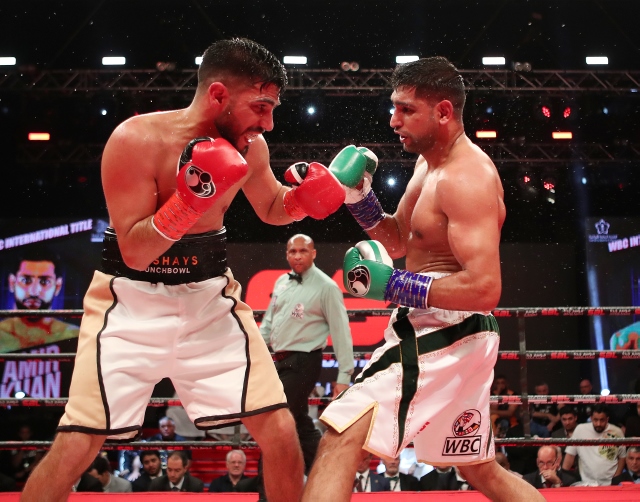 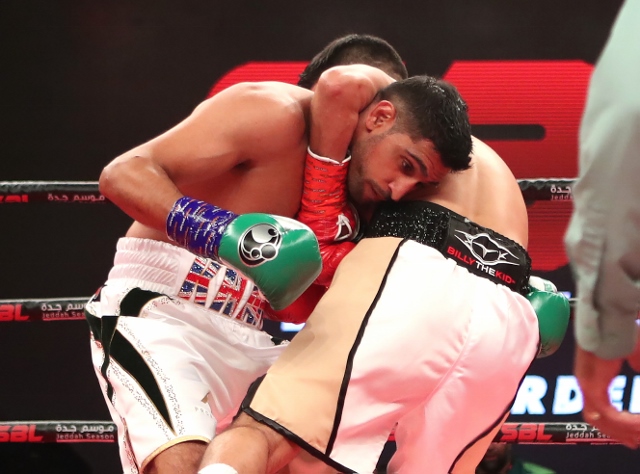 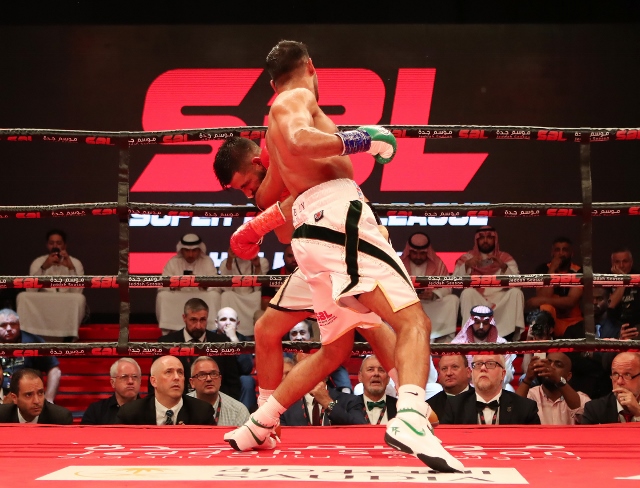 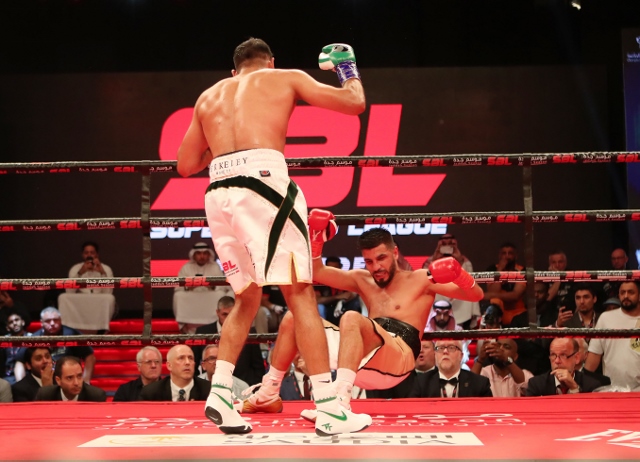 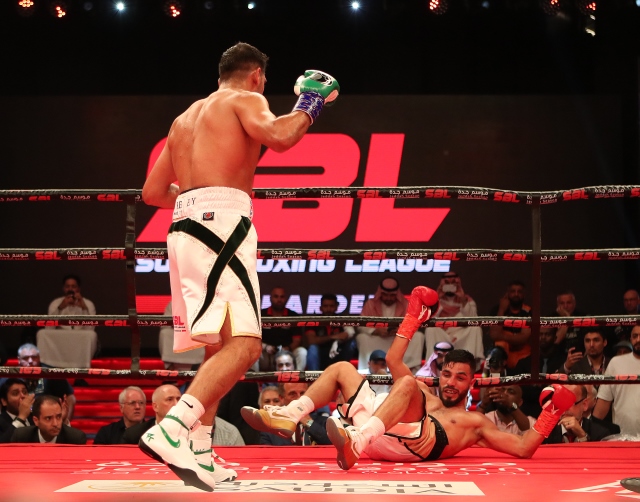 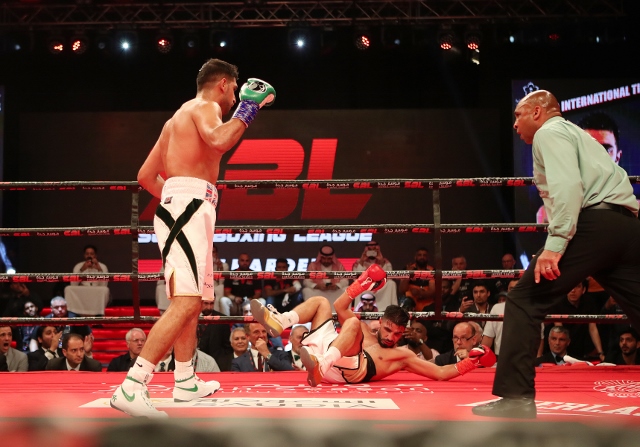 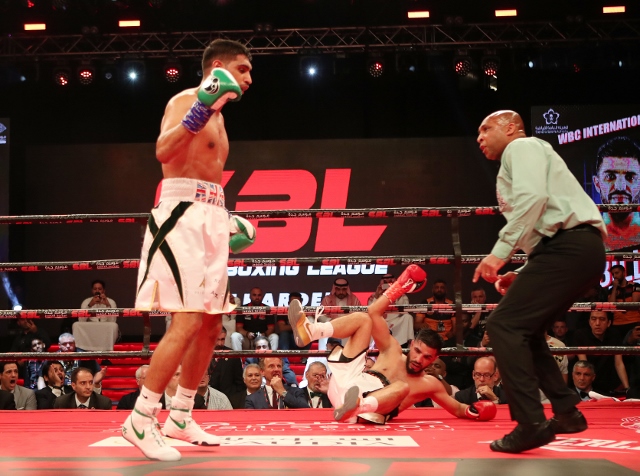 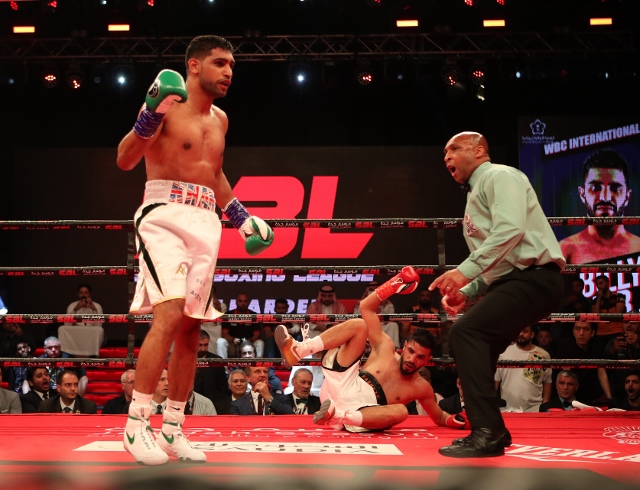 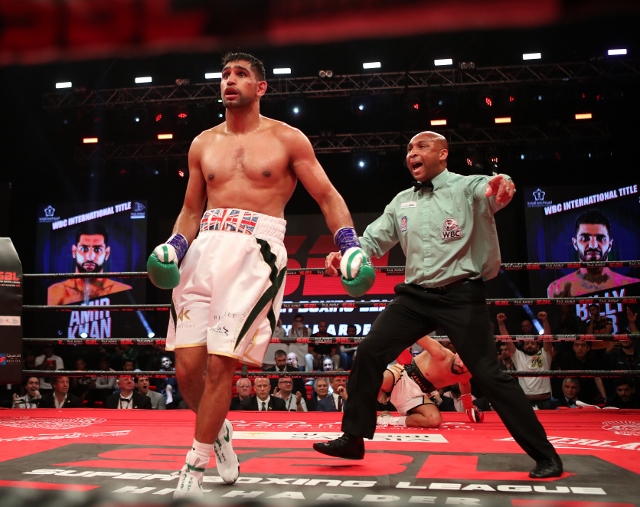 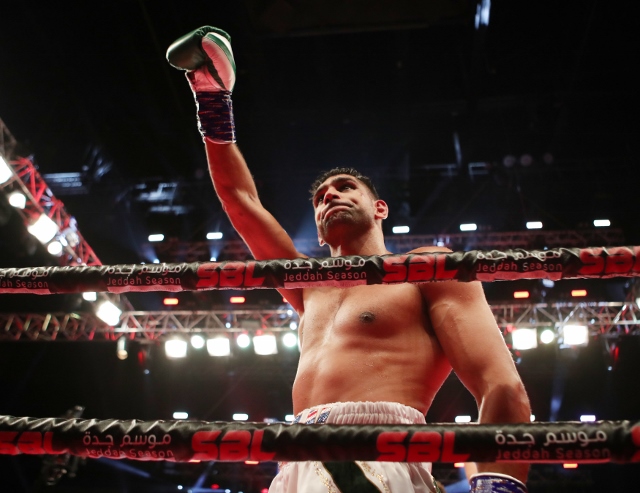 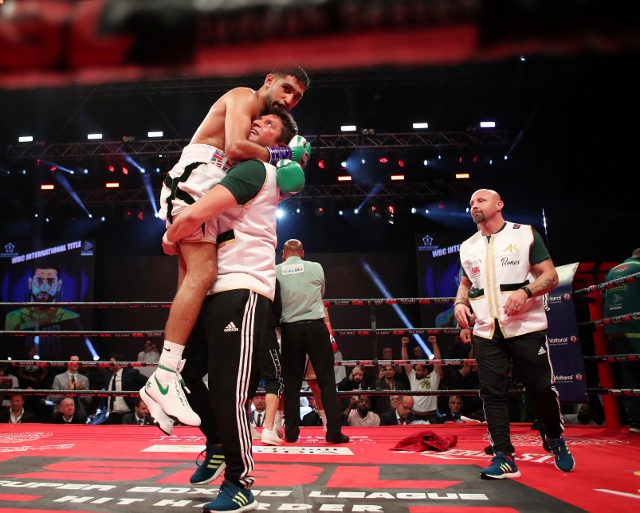 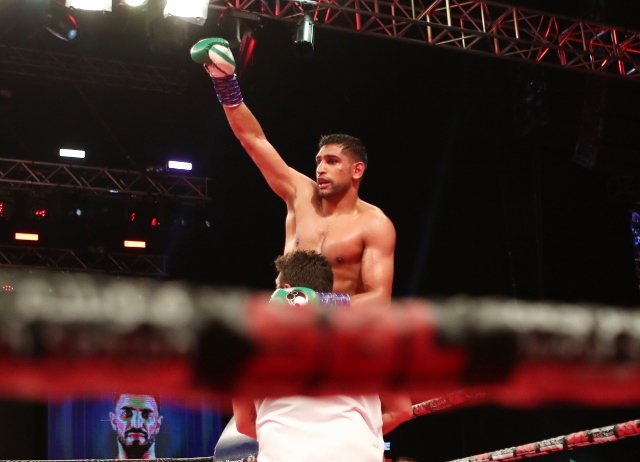 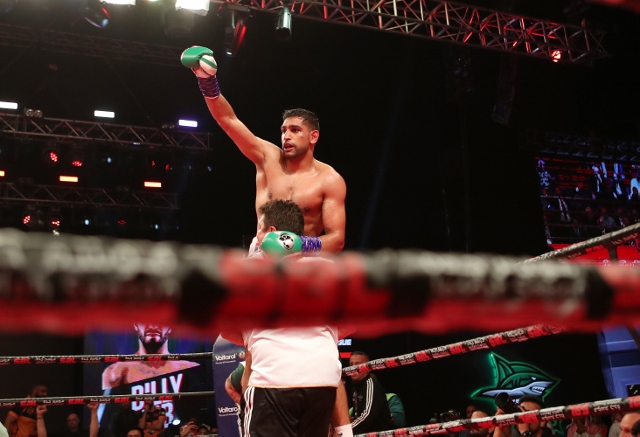 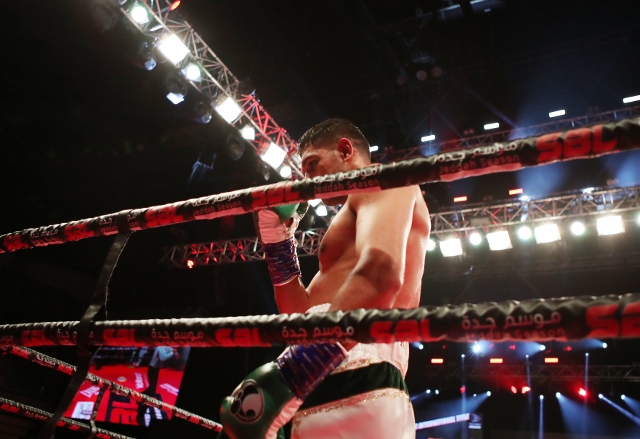 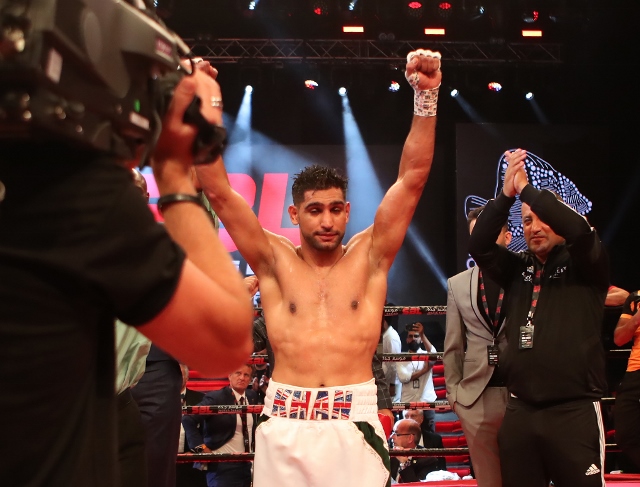 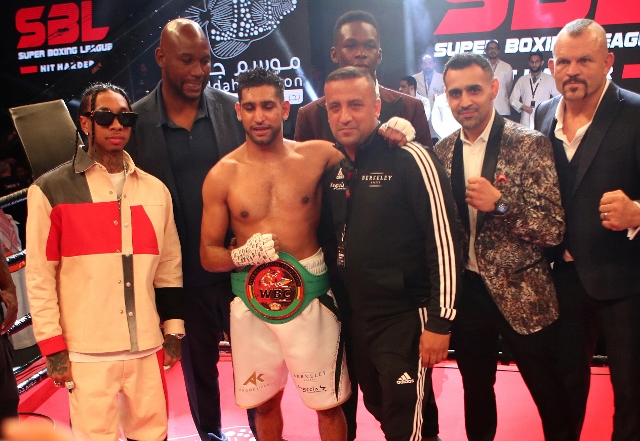 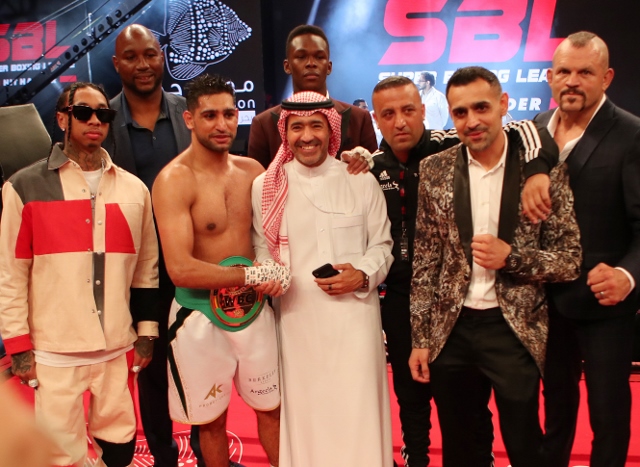 Master of survival. This dude made millions fighting a bum.

there are 16 people in the crowd... and they'd surely be no women right?

[QUOTE=Drewp4p;19897906][B]except mayweather fight was an exhibition[/B]. this was a legit fight and somehow put amir in top 15 wbc rankings. floyd fight down count was just for money and entertainment. amir khan was a legit sanctioned bull**** fight. while dibs…