Alvarez ran his record to 24-0 (12 KOs) and sprinted around the ring as Kovalev stumbled back to his corner. Alvarez got the KO at 2:45 in the seventh as the sellout crowd of 5,642 at Etess Arena went wild. 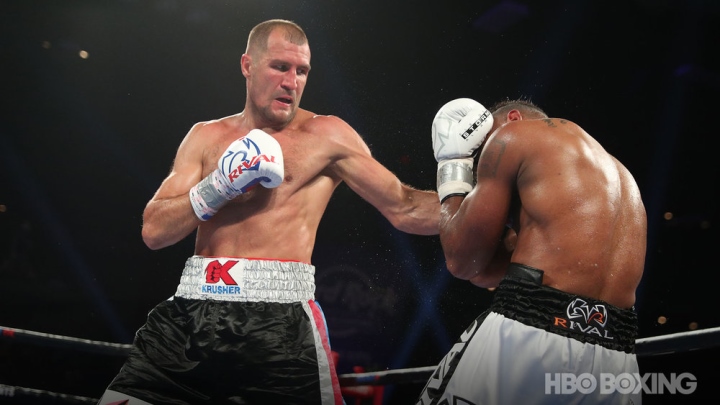 Alvarez won the WBO light heavyweight titles and ended Kovalev’s reign atop the division. Alvarez, who once had surgery on his right hand, found the power in that hand to level Kovalev with a right and send him to the canvas. Alvarez, a Colombian, pounced and pounded away at Kovalev when he beat the 10 count and knocked him down two more times and referee David Fields ended the fight. 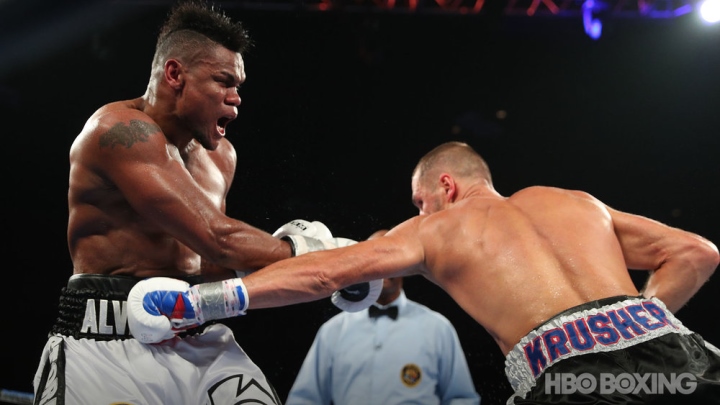 This was the first major card in Atlantic City in four years. 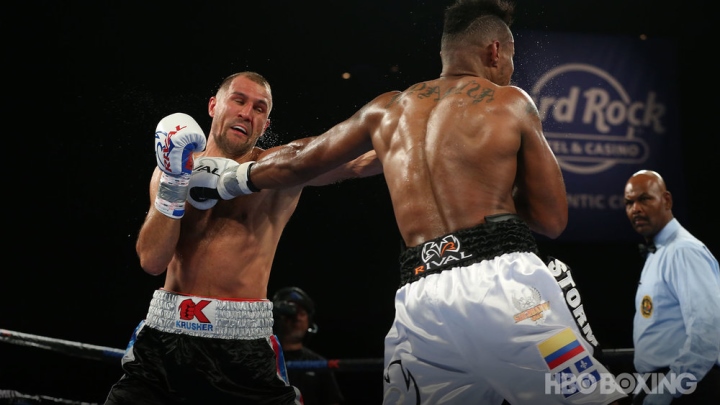 There had been hopes to match Kovalev (32-3-1) against Bivol in a unification bout, perhaps later this year.

Alvarez caught Kovalev, who hasn’t been the same since consecutive defeats to Andre Ward, and put those plans on ice. His third knockdown left Kovalev on all fours and he sat motionless on the canvas as Alvarez took a victory leap into his corner.

Alvarez had used wins over Jean Pascal and Lucian Bute to earn a title shot. 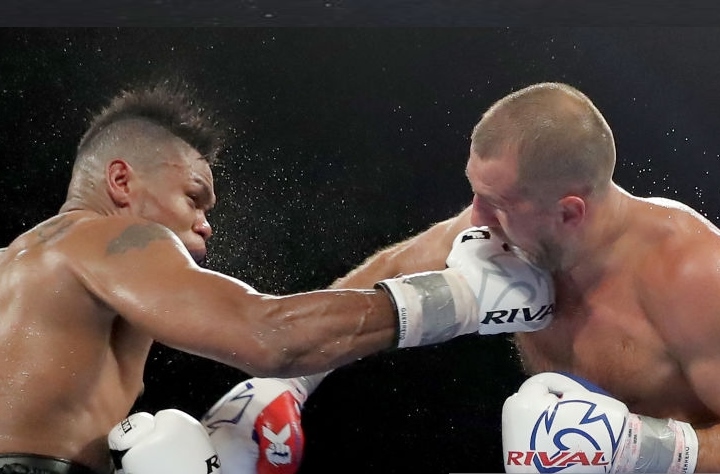 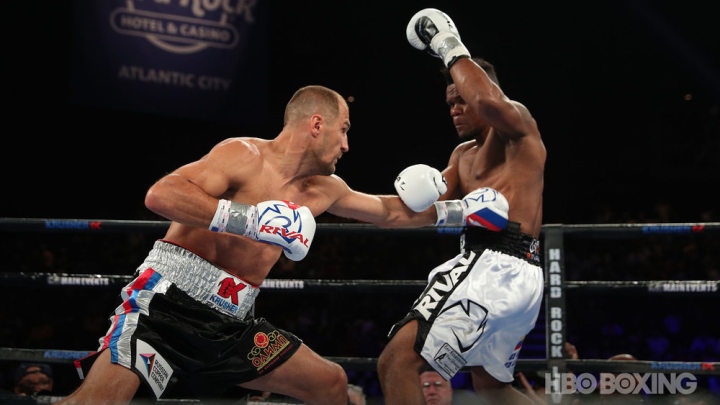 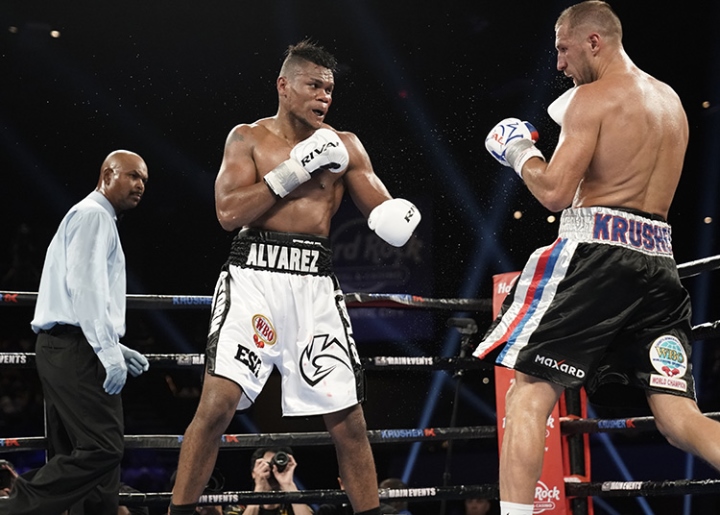 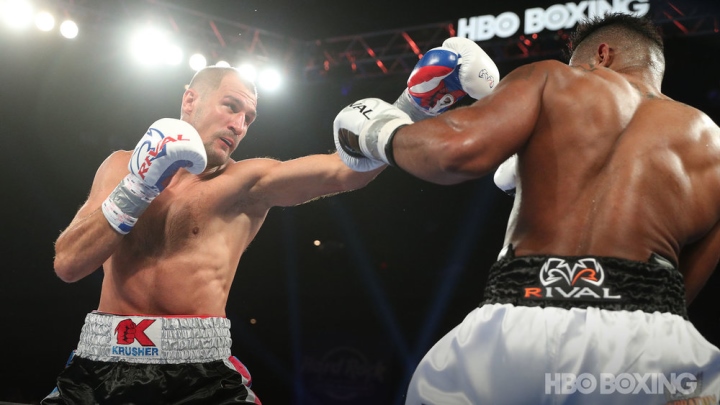 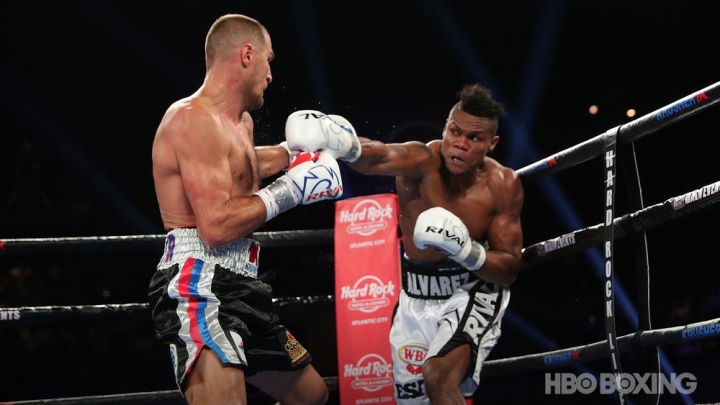 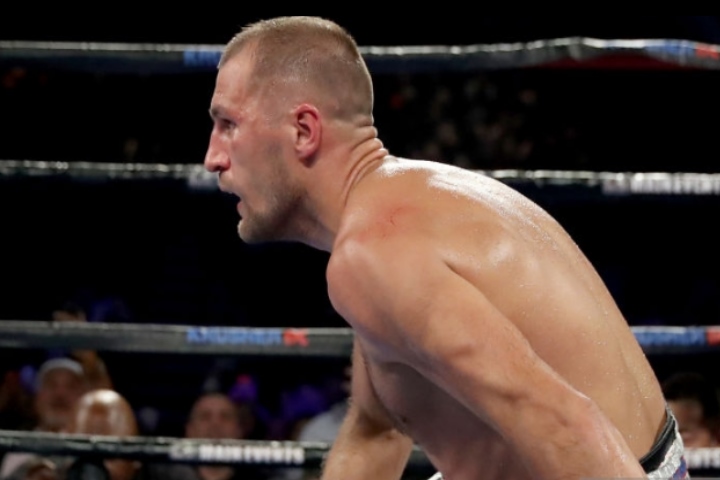 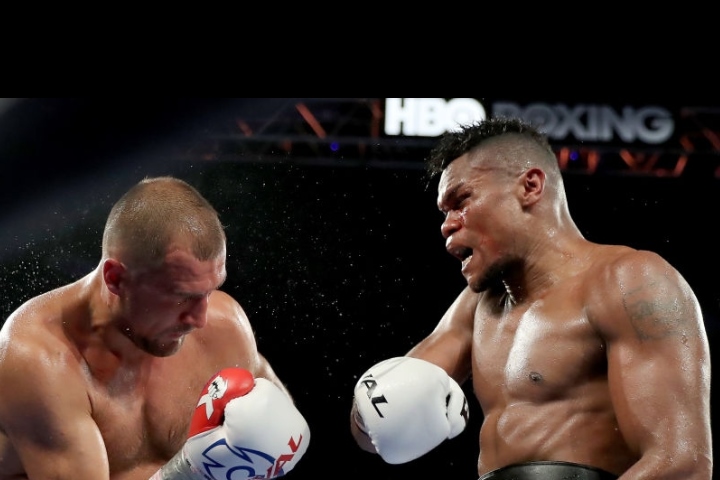 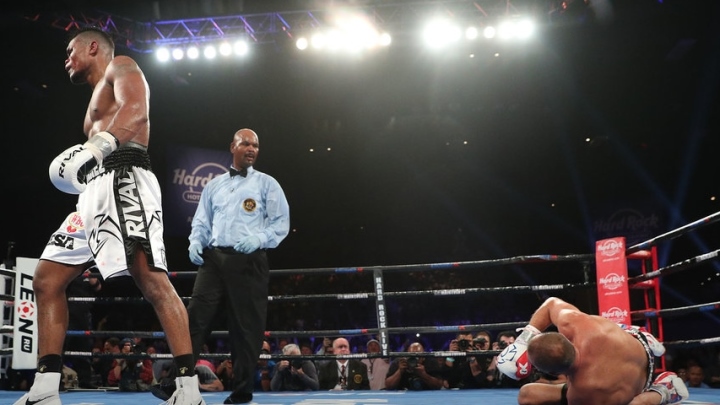 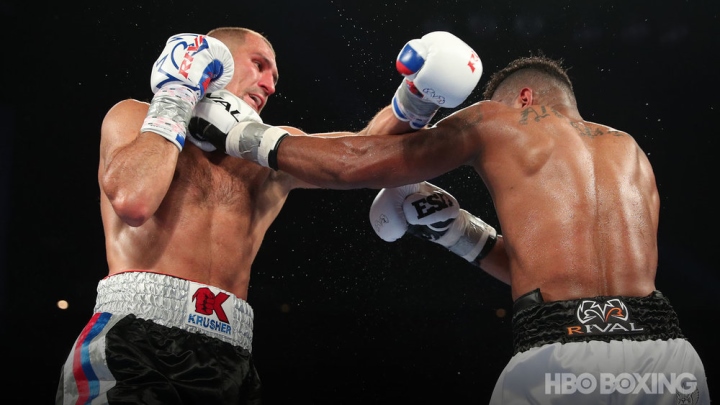 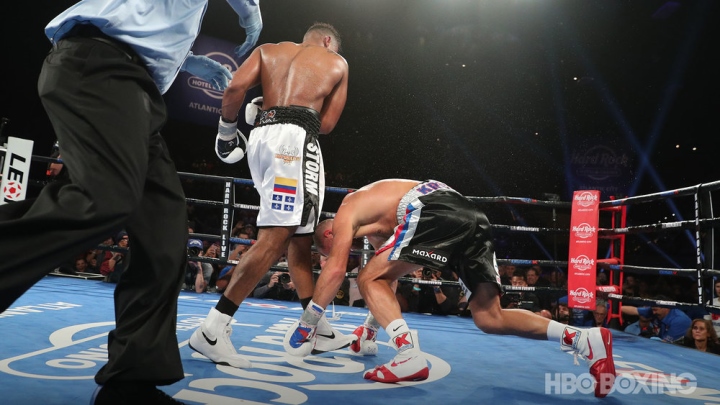 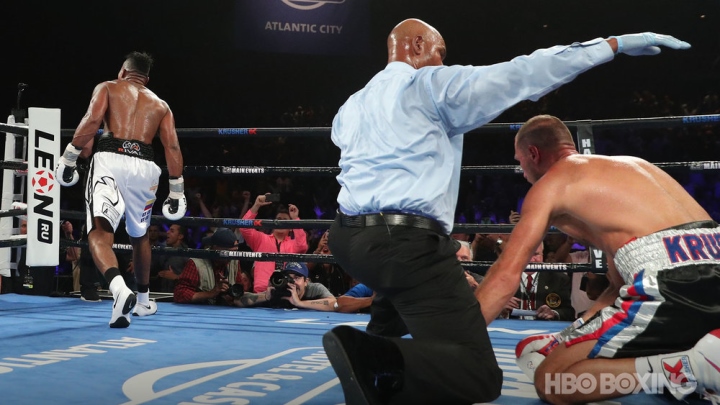 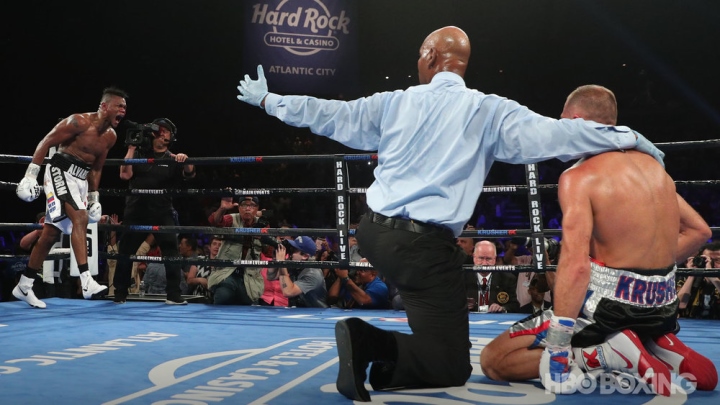 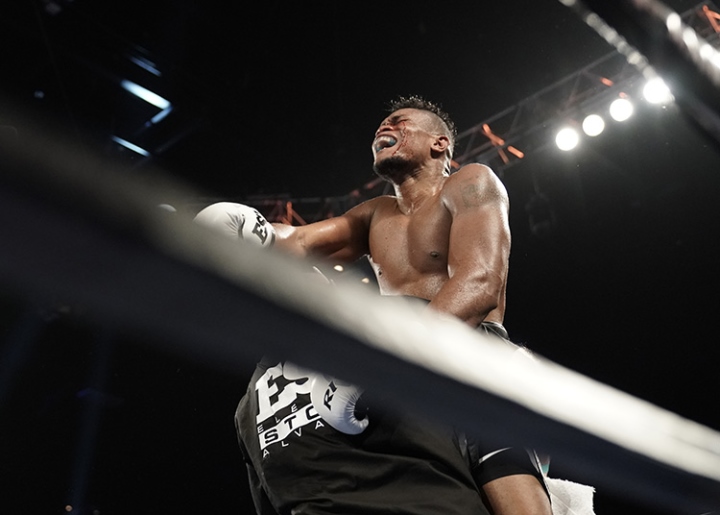 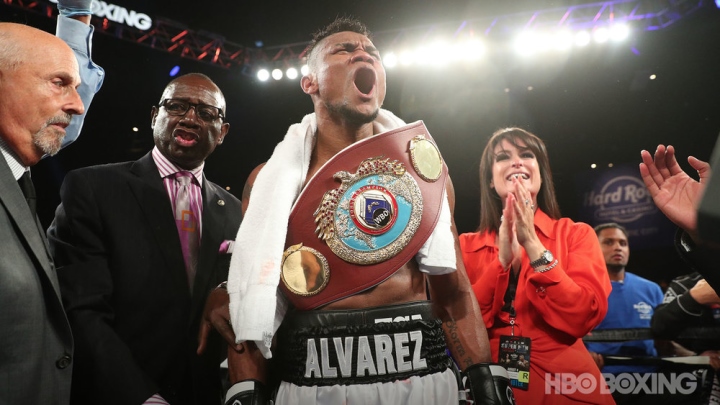 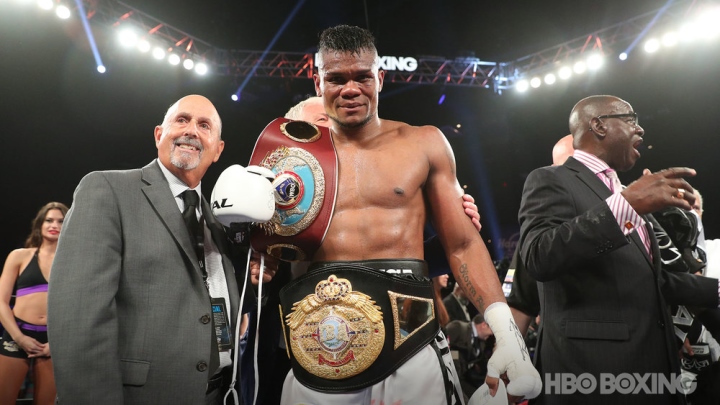 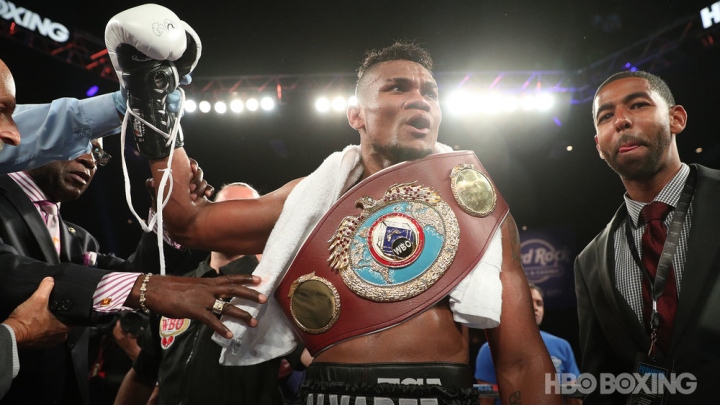