Peter Nelson, the executive vice president of HBO Sports, is leaving the network “probably within the next 30-to-60” days, a source with knowledge of the plans told BoxingScene on Monday.

Nelson, of course, is well known to boxing fans because of his time at the helm of the network’s sports division when boxing was its No. 1 franchise.

He joined HBO Sports as a vice president in 2011, working mostly on its boxing programming, and when Ken Hershman left the network at the end of 2015, Nelson was promoted to the division’s top spot.

Although Nelson was integral in bringing fighters such as Gennadiy Golovkin, Sergey Kovalev and Roman “Chocolatito” Gonzalez to HBO before being promoted to run the department, it was also on his watch that HBO killed off its boxing franchise at the end of 2018 after 45 years. During its time covering boxing, HBO aired more than 1,000 bouts and most of the biggest fights in the sport over the past four decades. 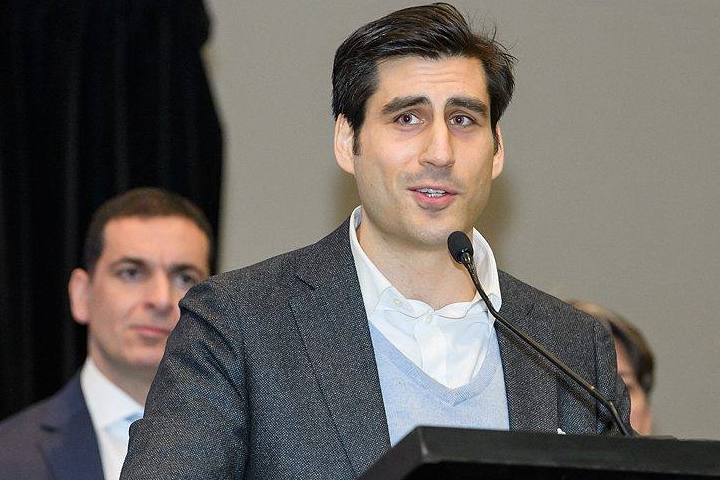 As the head of HBO Sports, Nelson oversaw all aspects of the boxing programming and made the ultimate decision on which fights and fighters get on the air while also controlling what was, at the time, the largest television budget to buy fights, making him one of the most powerful people in the sport.

When AT&T finalized its $85 billion purchase of HBO parent company Time Warner in 2018 it seemed inevitable there would be a reorganization and that is going on now throughout the Warner Media division, which includes HBO.

Nelson, 38, a Newton, Massachusetts native living in New York, is not being forced out, according to the source, but rather sees the writing on the wall and is leaving “on his own terms,” especially because HBO has no live sports as part of its portfolio. According to the source, Nelson remains on the job but anticipates working out a separation agreement with the network to end his contract.

Since the boxing franchise was eliminated two years ago, Nelson, a Harvard graduate, has continued to oversee sports programming such as various documentaries, the magazine show Real Sports with Bryant Gumbel, NFL training camp series Hard Knocks, behind the scenes series 24/7 and talk show “The Shop,” which counts LeBron James as an executive producer.

[QUOTE=Bronx23;20699548]Been watching a lot of fights on YouTube due to the lack of fights lately, & man I've gotta say HBO was just top notch in terms of production. Saturday night fights on HBO just felt different. The 24/7s, Lampleys…

Peter Nelson was not suited for HBO at all. He defunded and ruined the HBO sports, which had a rich history regardless of some commentators, in lieu of crap. The way he pulled the plug was an embarrassment to sports…

He should have submitted his letter of resignation a long time ago. What other sports do HBO has other than Boxing? I can't think of one outside of its sports documentaries.