Peter Fury Warns: Pulev Will Not Be Easy For Anthony Joshua

Earlier this week, the IBF ordered Joshua to make a mandatory defense against Pulev. 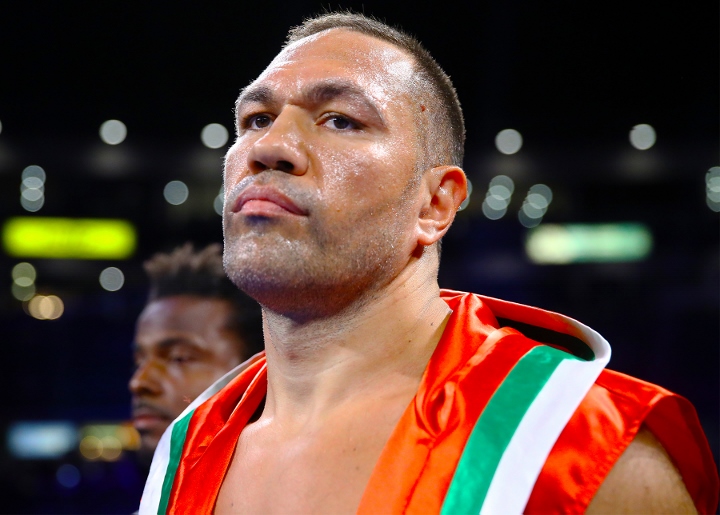 Joshua has yet to make a decision on his next opponent - as the WBO have ordered him to make a mandatory defense against Oleksandr Usyk.

But Pulev appears to be the frontrunner to land the title shot.

And Pulev got to that mandatory position by defeating Peter Fury's son, Hughie Fury, in a final eliminator last year.

"Kubrat Pulev is a very good boxer," Peter Fury told Sky Sports. "He learned a lot from the [Wladimir] Klitschko fight where he got himself chinned. He's more defensive and he's got a very, very good jab. He's tough, but he doesn't hold a lot of power.

"He's a force to be reckoned with and he won't be easy. It's a good fight. Anything can happen at this level of fights. He's a very patient man, Pulev. He doesn't have knockout power, but he's a good boxer, and he's very wise in that ring. He just seems to do enough and control it."

While Fury praises the boxing ability of Pulev, he also notes that he doesn't have the same kind of power as Ruiz - which in turn will also Joshua to be more aggressive in the fight.

"I think he can take more risks, because Pulev doesn't hold the same amount of power," said Peter Fury. "But you can't make a mistake, because all of these heavyweights can hit.

"I think it's going to be an intriguing fight. I think Joshua will look even better in this one. I expect him [Joshua] to let the ropes go and relax more, because the amount of pressure is not there now. Let's look at Ruiz as his bogeyman, he's come through that now mentally and physically, and he will have grown from it."

Damn we emotional out here. Does something hurt? Okay I get it. The U.K. rules boxing with its 5 champions and unlimited money. We dumb Americans are afraid of your greatness. I understand now

It wouldn’t surprise me if Usyk Chisora is put on undercard of Joshua vs Pulev. It’s a great way to build up for AJ potential next fight but at the same time with Pulev because less of a draw it…

[QUOTE=ShoulderRoll;20254049]Since Pulev is so danger free then maybe Joshua won't fight like such a pus[I]s[/I]y this time and won't be so scared to exchange. The fans can only hope anyway.[/QUOTE] the only puzzy I see is you DOE ? lol…

[QUOTE=Sid-Knee;20255859]AJ goes for KO's you clown. This is nothing but deflecting nonsense that means nothing. The answers are where i'm telling you they are. But you're too scared like always. Just keep whoring yourself to us you worthless piece of…