The southpaw Chitpattana utilized his height and reach to overwhelm and rain punches down on Buenavidez throughout much of the fight. Early in round three, Chitpattana landed a straight left followed by a right hook to the head, dropping Buenavidez to one knee. Buenavidez remained on the canvas as referee Somsri Bhusi stopped the bout at 49 seconds. 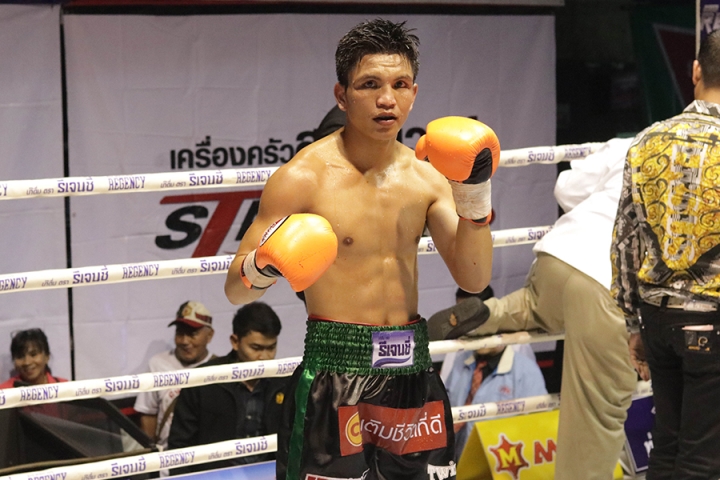 Chitpattana has now won his last five bouts, all by knockout, since losing to Takuma Inoue, the younger brother of unified bantamweight world titleholder Naoya Inoue, by unanimous decision on Dec. 30. The 26-year-old from Roi-Et, Thailand is ranked No. 7 by the WBC.

Buenavidez, who resides in Davao City in the Philippines, drops to 13-4, 7 KOs. Friday marked Buenavidez’s first fight as a bantamweight as he has recently fought as a junior bantamweight.

The 28-year-old Thaiyen improves to 55-4, 37 KOs and is ranked No. 2 by the WBA. He has won his last five bouts since losing by knockout to WBA flyweight titleholder Artem Dalakian.

Majoogoen is ranked No. 14 by the WBA and has not lost since losing to Daigo Higa by knockout in July of 2015.