Pedro "La Roca" Campa (31-1-1, 21 KOs) imposed a technical knockout at 2:33 of the second over Venezuelan opponent Kenin Betancourt in what was the main event fight in the Bullring of Ameca, Jalisco with the support of the Government of Jalisco, Code Jalisco, Mega Events Code Jalisco and the City Council of Ameca in another great promotion of Zanfer.

Campa came out less anxious at the first round measuring his rival, but at the last minute he punished Betancourt (12-6, 9 KOs) with both hands. He tried to respond back, but the strength of the Sonoran Campa did not allow him to do anything.

"I am very happy, I felt very strong, we are ready for a title opportunity, a fight in the United States, Fernando Beltrán promised me that in the next fight we are going for bigger fights," said Campa. 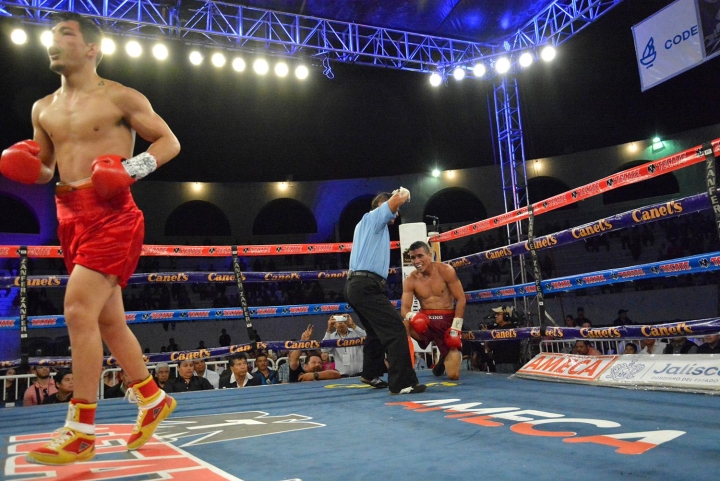 IN OTHER RESULTS: Undefeated super lightweight Kendo "Tremendo" Castaneda lived up to his nickname last night, stopping veteran Stan "The Man" Martyniouk in the six round of the main event, which headlined another installment of RJJ Boxing on UFC FIGHT PASS®, presented by RJJ Boxing Promotions & Joey Gilbert Promotions, in association with Silver Legacy Resort Casino at THE ROW.

Castaneda (17-0, 8 KOs), the reigning NABA super lightweight champion, was impressive in this non-title fight, which was contested in front of a sold-out crowd, by attacking his Estonian-born opponent Martyniouk (20-3, 6 KOs) from the opening bell.

"The plan was to dominate from the opening bell, starting strong and finishing strong," a jubilant Castaneda said after the fight. "It was the greatest fight of my career thus far, because I fought an all-around, well experienced, well known boxer."

In his most significant fight to date, 25-year-old Castaneda battered his overmatched foe who too often was trapped on the ropes, firing right-hand shots to the head and lightning-quick combinations, until the end ultimately came in the sixth round. Castaneda unloaded on Martyniouk, who was dropped on the canvas, forcing referee Vic Drakulich to halt the match.

"I finished him off as a lefty with punches in bunches when I had him on the ropes. My performance was 'Tremendo' and big names are coming. I want big names."