Puerto Rican lightweight contender Jose Pedraza was confident that his next fight would come against WBO world champion Ray Beltran - but now that scenario is being jeopardized.

Top Rank, who promote both both Beltran and Pedraza, had planned to stage that contest in the coming months.

But now the World Boxing Organization (WBO) set down a purse bid - ordering all of the interested promoters to submit bids on a mandatory fight between Beltran and undefeated challenger Roman Andreev (21-0, 15 KOs). 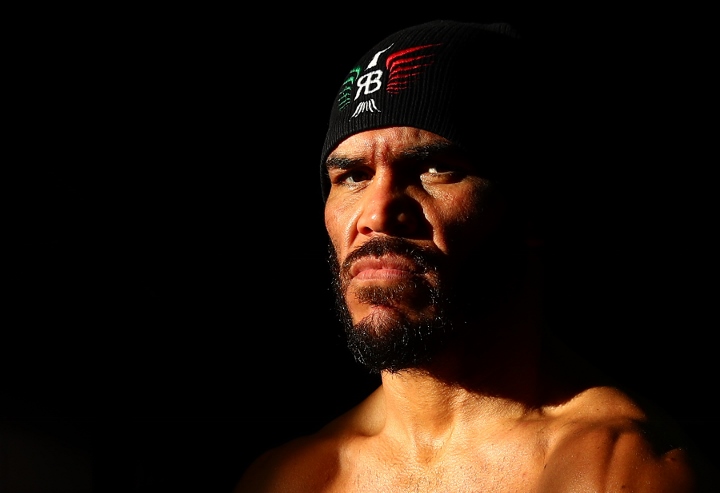 The purse bid has been scheduled to take place on July 3 at the offices of the WBO in Puerto Rico. The minimum bid will be $150,000.

The order of the WBO could stop, for the moment, the intention that Pedraza will challenge Beltran for the lightweight crown in August.

The Puerto Rican boxer climbed to the second seat position in the official rankings after winning the WBO Latino title in June - when he defeated Antonio Moran by unanimous decision as part of the Terence Crawford vs. Jeff Horn undercard at the MGM Grand in Las Vegas.

Francisco "Paco" Valcárcel, the president of the WBO, did not rule out the scenario of Pedraza fighting Beltran, but he also did not confirm that Pedraza would get the next world title shot..

"Pedraza is closer than many think to a world title fight," Valcarcel said to Carlos Gonzalez.

Andreev has been climbing up the ranks of the WBO - with victories over anyone thrown his way. In his last fight back in February, he stopped Craig Evans in nine rounds in a WBO European title fight.

The target date for his first world title defense is August 25th.

[QUOTE=Jab jab boom;18908281]user name MexicanStyle1, comments on EVERY SINGLE post that's about a Puerto Rican fighter. Don't you have enough tainted beef, ped using, hype job fighters in Mexico that you can focus your attention on?[/QUOTE] Voicing my opinion on…

The Sniper was always a workingman, he never had super talent. Hard work and decent output are his stick. Moses, Beltran, Pedrazza, not a mismatch in the bunch. I never heard of Andreev before.

I am boricua like Pedraza, but i have to admit that Pedraza is 3 steps under Lomachenko and 4 steps under Mickey Garcia...he is losing his time in that division...Arum has Pedraza only for be a future easy victim for…

How about they give Moses a rematch since he is the rightful owner of the belt. Was rooting hard to Beltran but he was given a gift by Arum.