Former world champion José "Sniper" Pedraza is training hard for the next chapter of his career, after walking away from the lightweight division.

Now what remains is to see if indeed those great attributes that carried him at super featherweight and lightweight will continue to push him forward at the junior welterweight limit of 140-pounds.

Pedraza will return to the ring on September 14 when he faces tough Mexican fighter José "Chon" Zepeda in a tough outing on the Tyson Fury vs. Otto Wallin undercard at the T-Mobile Arena in Las Vegas.

Pedraza has been rebuilding his career since losing his lightweight world title to Vasiliy Lomachenko last year in their unification clash. 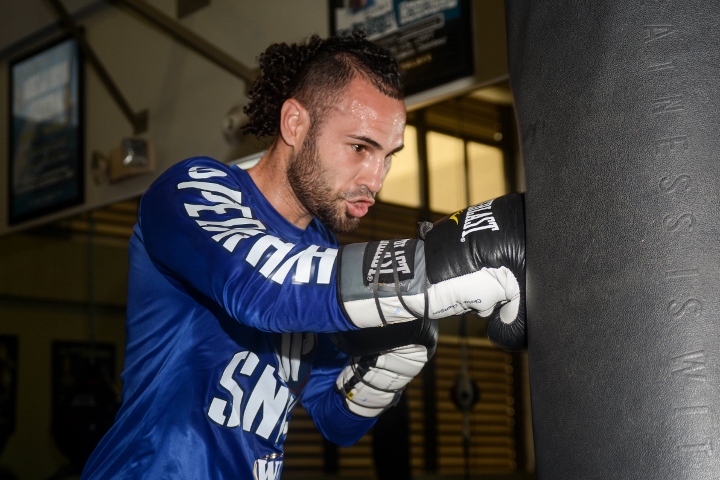 Pedraza - with a record of 26-2 and 13 knockouts - he's returning from a technical knockout victory against Mexico's Inés Antonio Lozada in a fight held at the Osceola Heritage Park in Kissimmee, Florida.

“I am already fully training. I am doing a good physical preparation since I am going to move up a division. I have to be strong, but at the same time we don't want to lose that speed,” Pedraza said to Jorge Ayala.

“That first fight is very important from the analytical aspect whenever you make a decision to move up a division... if we look good or bad at the weight, how many pounds do we put on in moving up ... are we going to be slow at the weight. All of that will have to be analyzed."

Zepeda is a 30-2 fighter, with 25 KOs. The Mexican lost in February to José Carlos Ramírez, when they fought for the 140-pound crown of the World Boxing Council (WBC). Zepeda did very well in the fight and really tested Ramirez, who recently added the WBO title to his collection.

“Zepeda is a fairly difficult opponent apparently. So I hope to feel very good at this weight,” concluded Pedraza.

Props to Pedraza for taking this risk...but I don't think it will go well. I had Zepeda beating Ramirez and Pedraza is not ready for 140lbs

Ladies and Gentlemen (and others), this is the difference between a Puerto Rican boxer and a Mexican, always looking for fights with substance, while the Aztec warriors look for easy pickings , Pedraza last 6 fights been against better opposition…

Pedraza stepping up again.! That's how should always be.

well damn. this is a good matchup. ballsy move for ur first fight at 140. not screwin around here.

I think Zapeda is a little too big. His boxing is improving and he looked upgraded vs Ramirez. Plus he hits like a mule.