Pedraza: Lozada Was A Great Test, I Passed With Flying Colors

Not even how close the scores were at the time he ultimately closed the show.

The former two-division titlist returned to the win column with a 9th round knockout of Mexico’s Lozada in front of a beyond capacity crowd of 2,912 at Osceola Heritage Park in Kissimmee, Fla. Pedraza floored his foe with a laser-sharp left hand in round nine before an ensuing flurry prompted a stoppage late in the round. 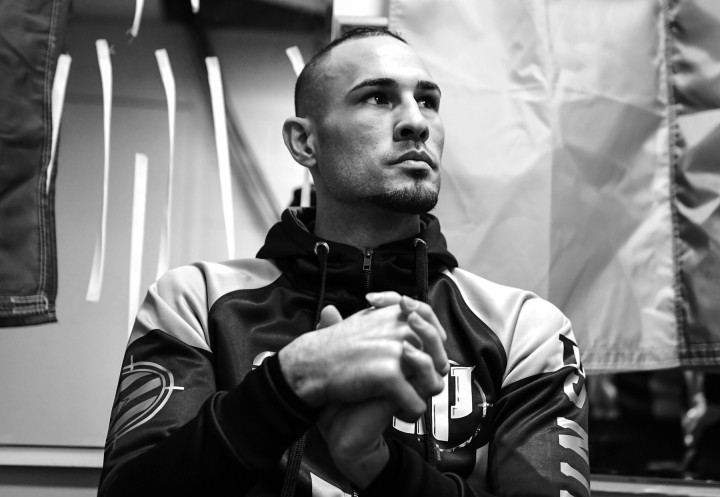 It wasn’t always that smooth for the slick-yet-aggressive southpaw, with the fight even on one scorecard and well within reach on another at the time of the stoppage.

“Lozada was a tough opponent who came to fight with all of his heart,” Pedraza (26-2, 13KOs) said of the challenge he endured in their ESPN-televised chief support.

The streaking slugger from Tijuana made a fight of it in the middle rounds, as shown on the scorecard of Michael Ross through eight rounds. Judge Rodolfo Aguilar had it one round closer, with Pedraza ahead 77-75 with two rounds to go, while Fred Fluty had the Puerto Rican southpaw well ahead at 79-73, giving Lozada rounds one and six but also rewarding Pedraza with a 10-8 score in round eight despite the absence of a knockdown.

"I didn't know the scores were that close, but it really doesn't surprise me," noted Pedraza, bearing bruises around his right eye from the rough and tumble affair. "I knew everything I wanted to work on for this fight and I went out and did it. Lozada made me work hard for it, and it's not surprising that the judges had him winning some of those rounds."

It ultimately rendered moot as Pedraza wasn’t leaving without a win; a knockout victory for the rabid, Puerto Rico-heavy crowd on hand made it all the more sweeter.

“He was a great test for me, and I passed it with flying colors,” insisted Pedraza, who rebounded well from a 12-round loss to Vasiliy Lomachenko in their lightweight title unification clash last December. “I can’t wait to see what is next.”

Pedraza is a very solid boxer. He looked good when he lost. Showed his chops in the Loma loss. I think he had a great gameplan against Loma. It’s just that Loma is THAT good. No fault on Pedraza. He…

Pedraza did well. Ricans usually slow down after 8

Davis schooled him and took a part of his soul. Pedraza is coming back strong, tho. Good for him.

Pedraza did a good job on a B class opponent. Lozada was crude and the Sniper schooled him. Teofimo, Ryan Garciia, Haney, there are lots of good fights for him.

Pedraza did well last night. I hope he would reconsider and fight Teofimo Lopez next.