Pedraza: As I Keep Moving Forward, Fights Will Keep Getting Tougher And Tougher

Consider this to be Jose Pedraza’s introduction to the junior welterweight title stage.

It’s the way that the former junior lightweight and lightweight titlist certainly views things, considering the heavy investment into the 140-pound division. It’s certainly how he’s treating his upcoming clash with California’s Javier Molina (22-2, 9KOs), which takes place this weekend at The Bubble in Las Vegas (Saturday, ESPN+, 7:30 p.m. ET).

“I need to keep winning fights like this,” Pedraza told BoxingScene.com. “Ever since I moved up in weight, the goal has been to become a three-division world champion.” 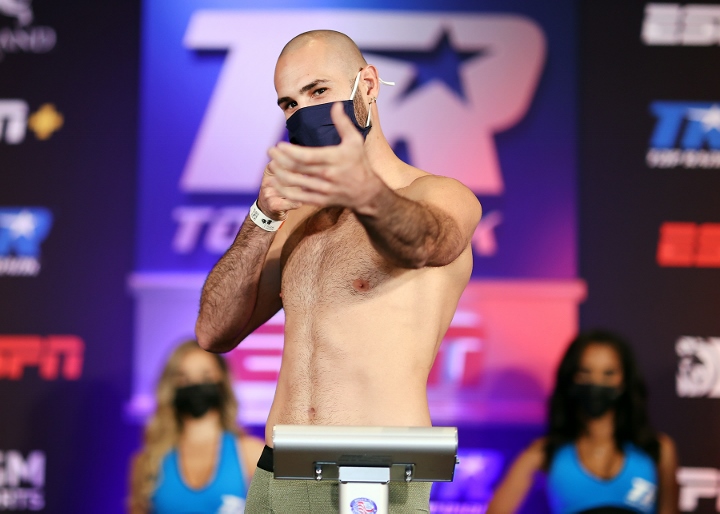 Life at junior welterweight jumped off to a rough start for the 31-year old from Cidra, Puerto Rico, who suffered a 10-round loss to former two-time title challenger Jose Zepeda last September. The setback was met with a near 10-month inactive period, aided by two fight postponements due to the ongoing coronavirus pandemic.

Pedraza finally made his way back to the ring this past July, scoring a one-sided 10-round win over Mikkel LesPierre in the very venue which houses this weekend’s main event between 2008 Olympians.

Saturday’s bout comes as part of a four-week stretch featuring all of the divisional titles at stake. Jose Ramirez (26-0, 17KOs) edged former titlist Viktor Postol in their August 29 ESPN+ headliner to make his first defense as a unified titlist and fourth overall title defense.

“Top Rank has sort of this mini-tournament going on,” notes Pedraza. “I’m down for any tough challenge that they offer me, but the goal is to get to a world title. Obviously I’m interested in facing Ramirez and Taylor, no preference between the two. I know there’s a line to face those guys.

“I still have to beat [Molina], but assuming all goes as planned the other name I am interested in is a rematch with Zepeda. Whether it’s this fight or getting revenge against Zepeda, these are the fights that will get me to a world title. As I keep moving forward, the fights will keep getting tougher and tougher.”