Pedraza: Hopefully Get to Cross Paths With Zepeda One Day Again

Jose Pedraza has visions of winning a major title in a third weight division along with one day avenging a previous loss to Jose Zepeda.

Perhaps in that exact order.

The former two-division titlist from Cidra, Puerto Rico found his way back to the win column after scoring a decisive 10-round win over Mikkel LesPierre (22-2-1, 10KOs) atop a July 2 ESPN card live from MGM Grand Conference Center in Las Vegas. The bout took place at a 144-pound catchweight, which will be the same for Tuesday’s main event at the same venue featuring Jose Zepeda, whom outpointed Pedraza last September. 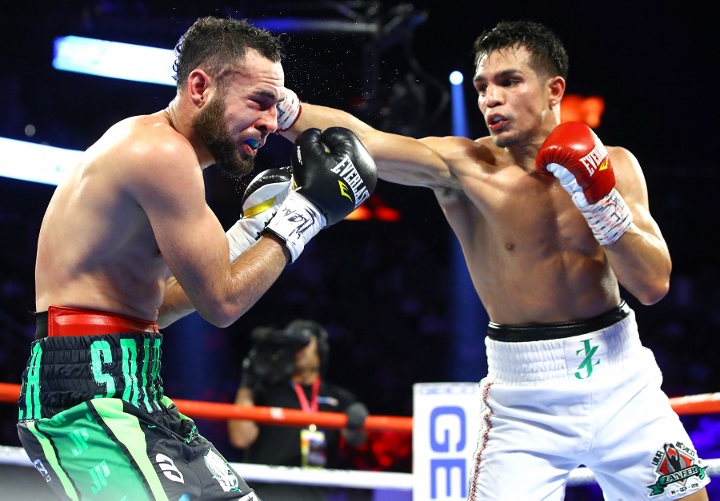 Zepeda will face San Antonio’s Kendo Castaneda in the ESPN-televised main event, and—much like Pedraza—also has designs on a title fight in the junior welterweight division.

“If I have the chance, I will watch,” Pedraza (27-3, 13KOs) noted to BoxingScene.com of his tentative plans to tune in. “It’s not a priority right now, but I do hope he does well in his fight and I wish him luck.”

It’s a crowded field among aspiring junior welterweights eyeing a shot at a major belt. Ramirez owns the WBC and WBO straps, while Scotland’s Josh Taylor holds the IBF and WBA titles. All four belts come with mandatory challengers in waiting, along with a desire for Ramirez and Taylor to meet in hopes of creating an undisputed champion.

The reality for mid-level contenders such as Pedraza and Zepeda will be to either land an interim title fight or wait for a vacant belt to become available. Either scenario could prove a quicker path toward their respective goals, one which could entice the proposal of a rematch.

“Hopefully, we get to cross paths one day again,” notes Pedraza, who held titles at junior lightweight and lightweight before moving up in weight in 2019. “My goal is to fight for a third world title, but would also like to one day get the chance to avenge that loss.”