Coming in, Pedraza had won two in a row since getting knocked out in seven rounds by Gervonta Davis in January of 2017.

A few months after that loss, he parted ways with his promoters and eventually signed with Top Rank. He picked up a decision win over Jose Luis Rodriguez in March and then a very tough decision over Antonio Moran in June. 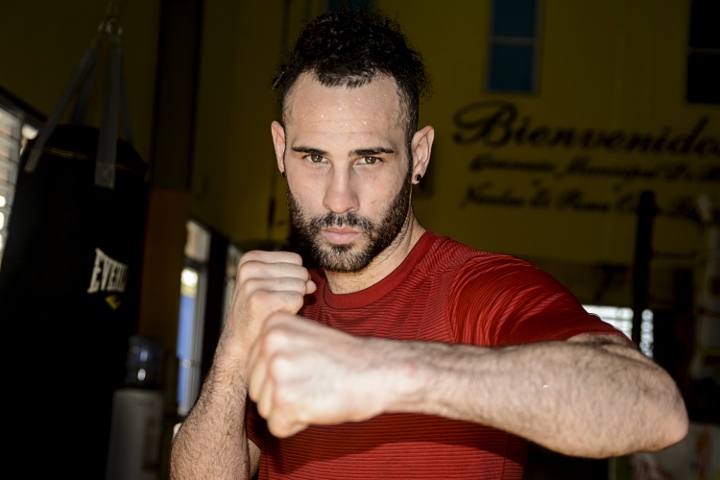 The fight began with a feeling out process between the two fighters. Pedraza was jabbing to the body and blocking many of the counters coming at him. The jab of Pedraza was controlling the contest.

Beltran was applying more pressure at the start of the second. Pedraza was forced to go southpaw and landed a really big uppercut on Beltran. Pedraza began to land a lot of punches and opened up a cut around the left eye of Beltran. He was picking his spots, jabbing well and avoiding Beltran's counters.

In the third, Pedraza continued to jab to the body and was boxing Beltran from a good distance. He would grab Beltran when he charged in to prevent an inside attack. A good counter sent Beltran stumbling backwards as he was off-balance. They traded a few punches in the closing seconds.

Beltran was letting his hands go at the start of the fourth. Pedraza was hit with a very hard body shot. He blocking a lot of the shots, with Beltran coming and swinging. He was starting to land more punches on Pedraza. During the fifth, Pedraza was picking his spots and looking to slow down the pace. Both were landing punches, but it was Pedraza who had the edge with his jab and quicker punches hitting the target first.

Beltran landed a good right hand that sent Pedraza back. And then a moment later Beltran landed another hard right that got Pedraza's attention. Pedraza landed a few solid shots when they were inside. Beltran was pushing most the action, with Pedraza again rallying in the final minute. In the ninth, Pedraza went back to boxing and was landing his jab and coming back with punches behind it. He was making Beltran miss and connecting as the veteran came inside.

Pedraza seemed to catch a second wind and he was back to boxing very well in the tenth. Beltran was still in the fight. However, he seemed to be a bit diminished and not pressing as much.

At the start of the eleventh, Beltran was back to pressing the action. There was a lot of holding and not much throwing by either guy - and then Pedraza landed a big uppercut that sent Beltran down. Beltran was bleeding and hurt as Pedraza pinned him against the ropes and was trying to finish him off. Beltran was able to survive the round.

The start of the twelfth, there was a lot of holding by both boxers. Pedraza was connecting with his jab. Beltran was throwing, yet not connecting much. In the final twenty seconds, Pedraza stunned Beltran and really unloaded on him as he pinned him on the ropes.

Pedraza just got the memo, a couple days late, that it was the Beltran show, the Beltran story. The script was, with green card secured, the brave warrior overcomes the ferocious challenger, to defeat all odds, and win the Loma…

The guy on the announcing team, the award winning journalist? You have certain boxers, like Beltran and the "fighting for the farmers" guy, in California, that come with a story? To win favor from the network, fans, the judges, the…

[QUOTE=Sable&Whitefish19051214]Yeah, because you're Puerto Rican lol[/QUOTE]and?? Im not saying he will win, i just will root for him.

•BREAKING NEWS!• Top Rank & Vasyl Lomachencko already signed 20 of Lomachencko's next potential opponents , both the winner & loser. .....whatever it takes to not fight The Lightweight Kingpin & Top Pound for Pound Fighter MIKEY GARCIA.

That ESPN :lol1:. 20 minutes of some football game, at the scheduled start time. They always schedule a live game before the boxing shows. Many people dont, or cant watch shows live anymore. There were times that I added 30…