Maidel Sando stepped up in class and proved game for the cause.

A well-balanced attack by Nashville’s Sando proved to be the difference in claiming an eight-round unanimous decision over Genc ‘The Sexy Albanian’ Pllana Wednesday evening at Microsoft Theater in Los Angeles, California. Judges Jack Reiss (78-74), Fernando Villareal (79-73) and Alejandro Rochin (80-72) all had the bout in favor of Sando, who overcame a slow start to outwork Pllana in their FS1-televised opener.

Pllana enjoyed early success, flinging a jab from waist level and also landing a left hook. Sando struggled to gauge the timing of his awkward foe, poking with his jab but constantly getting caught with counter shots. 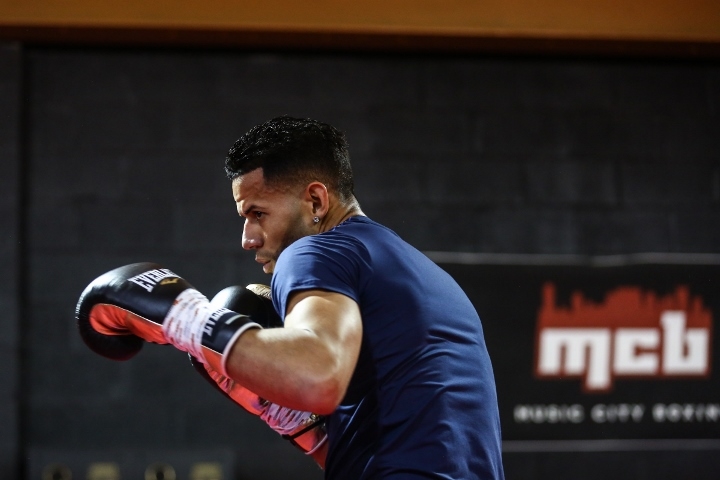 Sando landed the best punch of that fight to that point, connecting with a right hand upstairs. Pllana—trained by former two-division world champion Simon Brown—took the shot well while pinned against the ropes, though refusing to protect his exposed chin. Sando hit the deck late in the round, though correctly ruled a slip as Pllana cupped a right hand behind his head at the start of the sequence.

Both boxers flicked their jabs throughout round three. Sando waded through a series of lefts from Pllana, only to get clipped with a left hook at the end. The favor was returned later in the frame, as Sando landed a left hook against a retreating Pllana.

Sando found his groove midway through the fight, getting stronger as the bout progressed. It said a lot of the Nashville-based Cuban, who had never been past four rounds prior to Wednesday evening but whose cleaner skills proved to be the difference as Pllana’s punches from awkward angles fell short.

The pattern held true down the stretch. Sando punched and landed in combination, dialing up the pressure in the final round per his corner’s instructions. It reaped dividends in the ring and in the final Compubox numbers, landing 127-of-347 (37%) compared to 115-of-448 for Pllana (8-2-1, 4KOs) whose four fight unbeaten streak comes to a close.

Sando improves to 10-0 (7KOs) with the win, his first since last March. The 31-year old was supposed to fight this past February in his adopted hometown of Nashville, though his appearance on the undercard of super middleweight titlist Caleb Plant was pulled. A weight discrepancy killed plans for his scheduled clash with Sergio Gonzalez, though it proved to serve as a blessing as he comes out with his best win to date.